The most beautiful iron?

The back of a golf club has previously been a matter of no importance for me, until recently! I never really got the affinity for blades as quickly as other students…no names mentioned Arnie,

However, the module work has got me thinking about laying the club off way behind me and I am now much more conscious of the back of the club…so much so that I almost imagine molten metal being rerouted by gravity into ripples at the back of the club at transition…I realise this is a slightly worrying development but its ok, at least I have insight into my obsession…

I had a look at the ebay thread and it struck me that there are some really beautiful and well designed ‘backs of clubs’ among the older clubs…so much nicer looking and more fit for purpose than modern irons!

I wonder whether people would be kind enough to post what they consider to be the most beautiful looking iron they have seen or played?

I am relying on you aficianados to get this topic started…

I wonder whether people would be kind enough to post what they consider to be the most beautiful looking iron they have seen or played?

Arnie… please note the use of the word IRON in the above… it is not plural. But I’m sure that in your case Aiguille will allow a limit of 5.

I hadn’t considered that conundrum but yes, for normal people, lets say a limit of 3 suggestions…for Arnie…5, will that be enough? 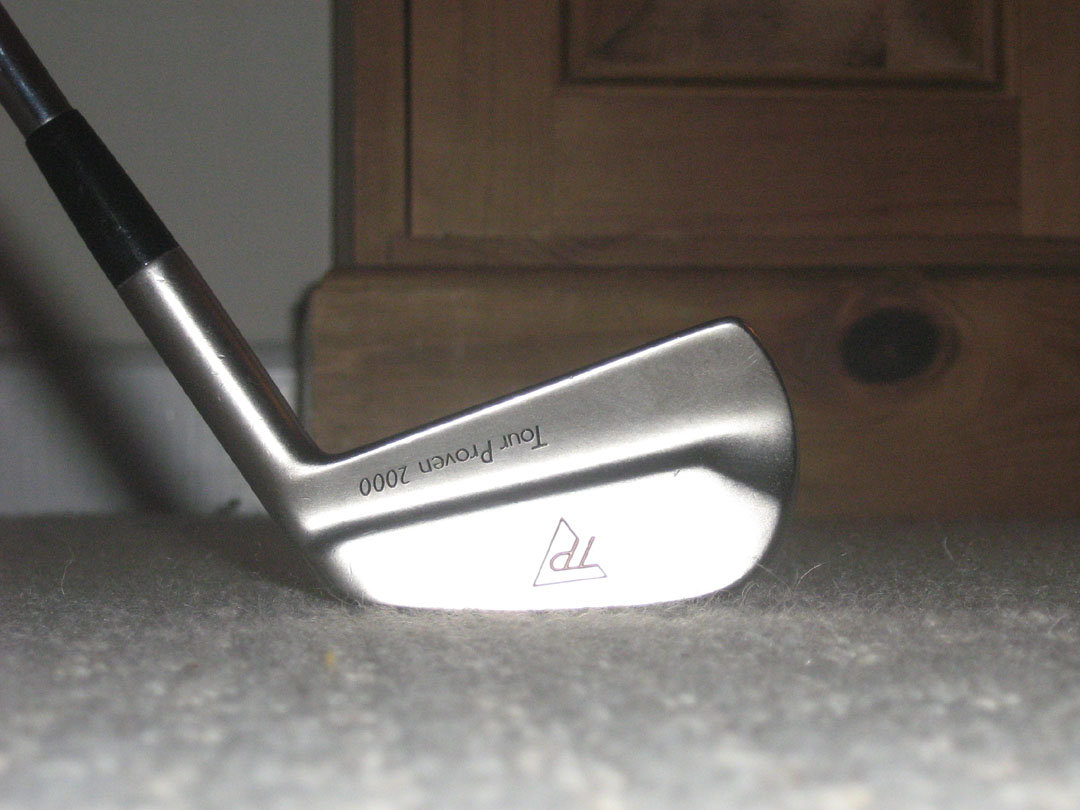 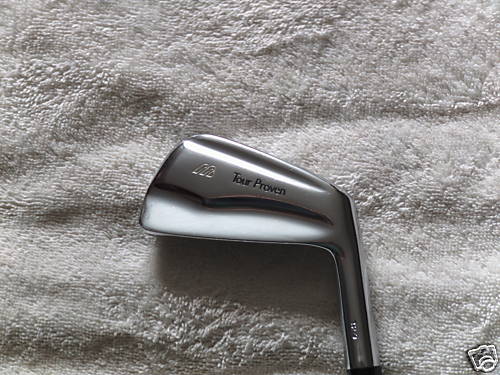 Beautiful! Why do I get the feeling that I may have to extend this limit to 5 per manufacturer for Arnie?

Would you mind telling us what you find so appealing about this particular iron?..it looks like it has a specific sweetspot and it is showing you that the whole point is to hit the ball in the middle of the club…not much ‘game improvement’ characteristics there?

Of the MacGregors any diamond back or wingback model of the 50’s period look wonderful to me or even the 80’s remakes of them. Hopefully Ronbbo will post pics of his flatbacks to. If I had to choose it would probably be the 57 Colokrom that Papi has. In the 60’s the VIP model was great - Two has some stunners hopefully he will post. I also like the MT Tourney from 71 as it has so much mass. And the Muirfields from the 80’s were nice, particularly the 20th anniversary model. 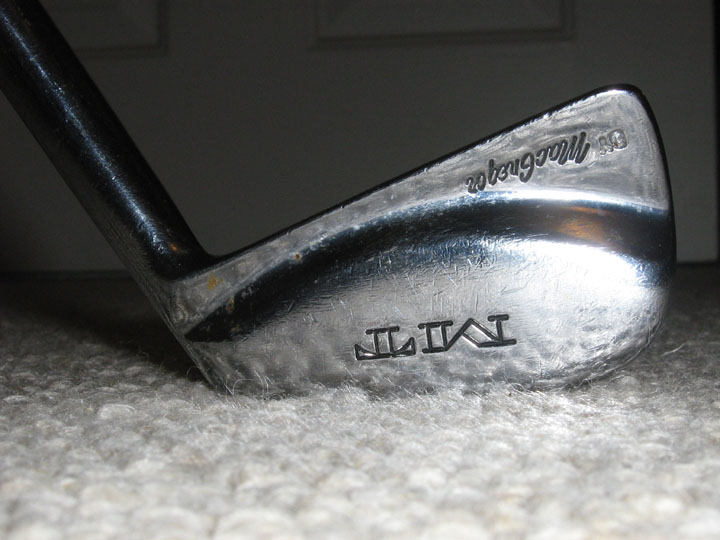 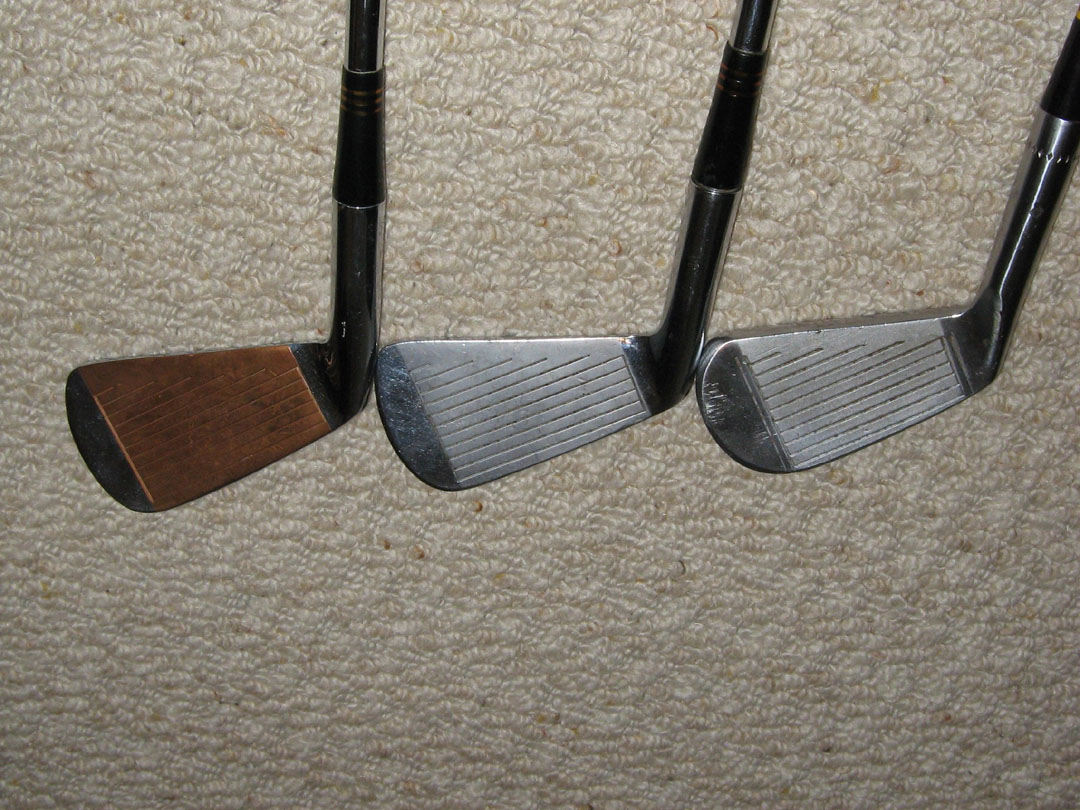 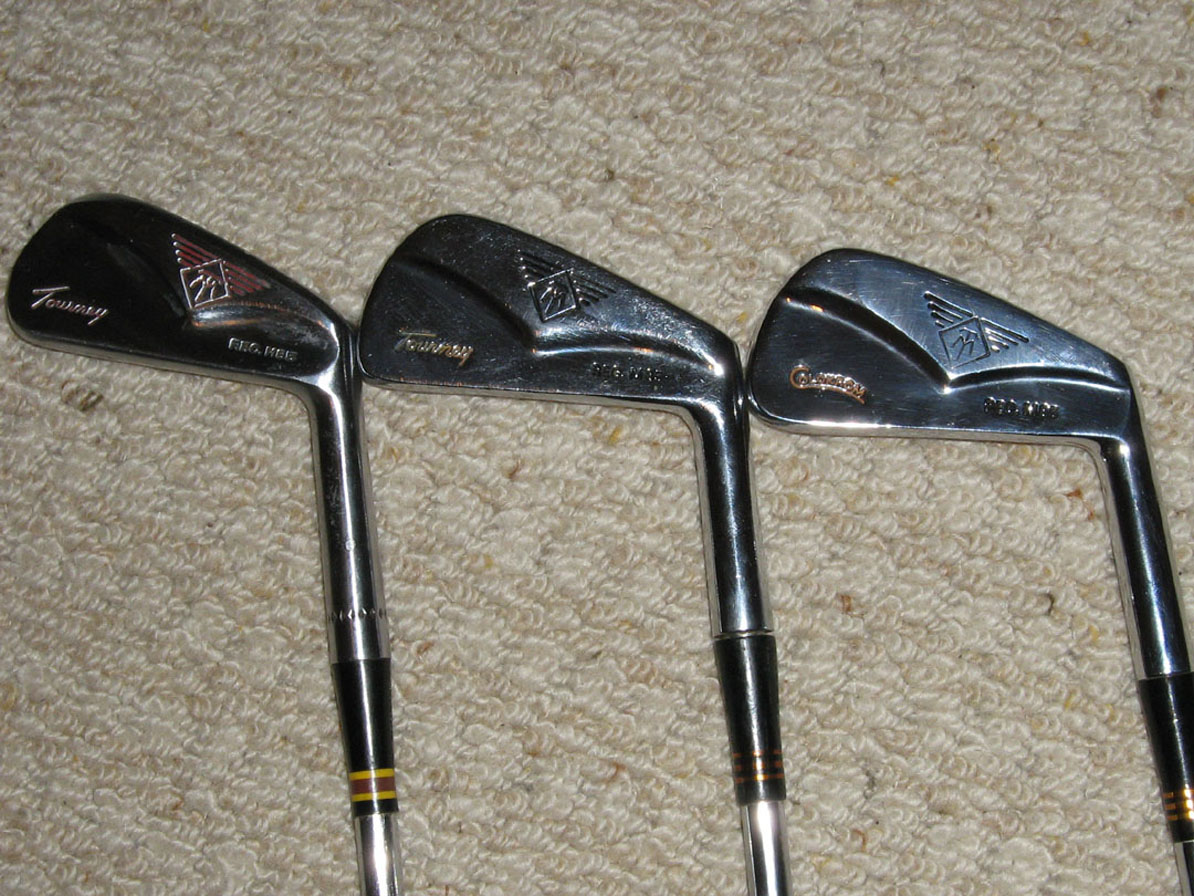 Articulating why you like something isn’t always easy. As I said in the ebay thread to me at a very simplistic level blades come in two basic varieties - scalpels/knives or clubs/hammers. Personally I have come to love the latter variety which would be more in the vintage Macgregor mold with the weight more obviously bunched behind the sweetspot and the look, as Lag says, that there is lots of mass to blast the ball. But I also like the “clean lines” on the Mizuno’s I posted pics of. So a bit of a trade off sometimes.

Something i have always found interesting for these blades is how manufacturers play around with the mass distribution at the back of the club…we see so many different moulds, I wonder if anyone can comment about either playing feel feedback or any scientific reason why one design is preferable to another?

I find the whole shape of the back concept fascinating and potentially helpful from a ballstriking perspective.

As an aside, when opening a coronary vessel which may be even less than a mm wide occasionally, we may use an extremely light and very sharp pointed blade to make an ‘opening nick’ in the vessel we are intending to graft…but thereafter we tend to use instruments with some more weight to allow a greater degree of feel and control.

I really wouldn’t want to be placing sutures with very light instruments, and obviously, neither did my predecessors, because they invented the instruments we use now which are heavier and one can feel them.

By the same token, one has to wonder why Hogan designed his instruments in a certain way, given that he could have designed them any way he wanted?

I always really liked the look of the Miz MP29. I thought they were stunning and designed really well. Great muscle back and I liked the grind on those irons as well as the particular chrome plating that was used. For a vintage choice, I always liked the look of the Hogan PCs and Red Line model. I like a clean no nonsense look on a blade iron.

Just about any Mizunos are good…Tour Proven, MP14, MP29, MP33…all terrific
MacGregor pre 1993 or so- all great…Love the M85 Tourney…Love the VIP’s…especially love the Muirfield model (tiny tiny small head where the ball hardly fits on the face–just awesome)
Hogans were obviously very good-- they all look very similar to my eye looking down at address with the face design- just a few tweaks here or there in some of them (bit more toe showing in a few models)
Spalding Tour Edition were quite nice in the 80’s when Norman used the blade
Cobra mild steel–very nice
And of course any of the Wilson dyna’s or Staff models were terrific

And amazingly you can get these clubs for next to nothing on e-bay if you do the right search at the right time and some are in great condition. I would rather buy 6 or 7 of these pure sets than buy one $1000 set of shovels that should be holding up my tomato plants instead of being used to propel white vessels around the pasture

seems the opposite of what is going on today…
big, upright, light, and whippy.

I’ll go with what the greats used…

I have very little experience, but I’ve always like the beautiful chrome look, with a very simple design on the back. I guess I like what was going around when I was young, like Founders Club and Maxfli Australian Blades. After seeing a bit more variety now, I really like a lot from Hogan, Macgregor and more recently Mizuno. Still probably go the Founders Club, it just looked so good in magazines when I was young, I think it’s my benchmark golf iron. 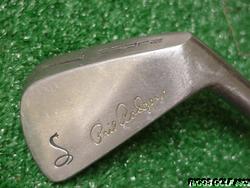 The last set of Irons I know of that came stock at old standard lofts, 52* PW. Heavy heavy heavy. The kicker is that they’re cast. Cobra didn’t start forging their own clubs until a few years ago 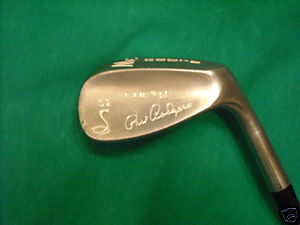 Just about everyone has had this one at some point. A friend played 3 of the same Rusty SW at the same time for a while bent to 52, 56, and 60.

Oh dear… I just had a look at Two’s ‘sets in the garage’. What a collection!

MacGregor Tommy Armour VFQ’s from 1961 (i bought a set on ebay over 3 months ago, but still haven’t received anything… seller is not responding to my questions anymore either. So i guess i’ll have to start looking for another set again.) 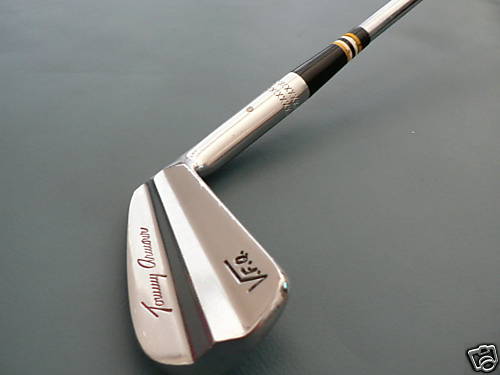 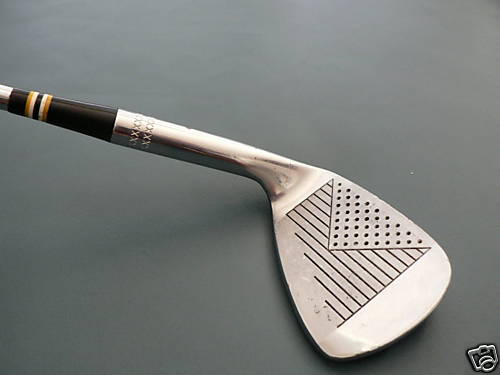 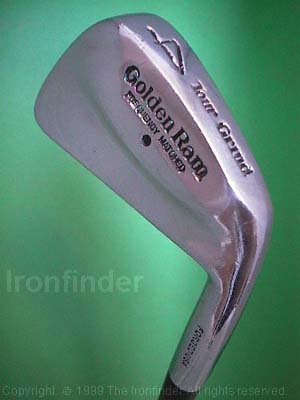 Always liked them, love the shape and the muscle profile. 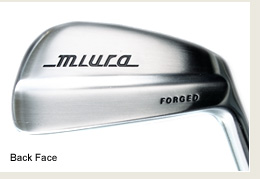 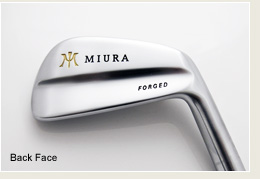 Aguille, you have a set of sexy Miura’s. As far as I’m concerned its hard to beat them.