Sets in the garage

I will start posting a few of my iron sets I have. I have certainly gone the old style route over the past 6 months,. Out with the new and in with the old !!
They ALL seem to swingweight heavier which works out great because i hate whacking lead tape all over my clubs.

Let’s start out with my oldest set- MacGregor Ben Hogan parmakers- I presume these are from the 40’s? They look mint condition, still with original shafts which actually feel as stiff as a board to waggle. i haven’t hit them as they look too nice to hit. they have the long leather wrap grips and the numbers of each club on the end of each grip also. I think i may get them up in my office or something as a wall hanger. 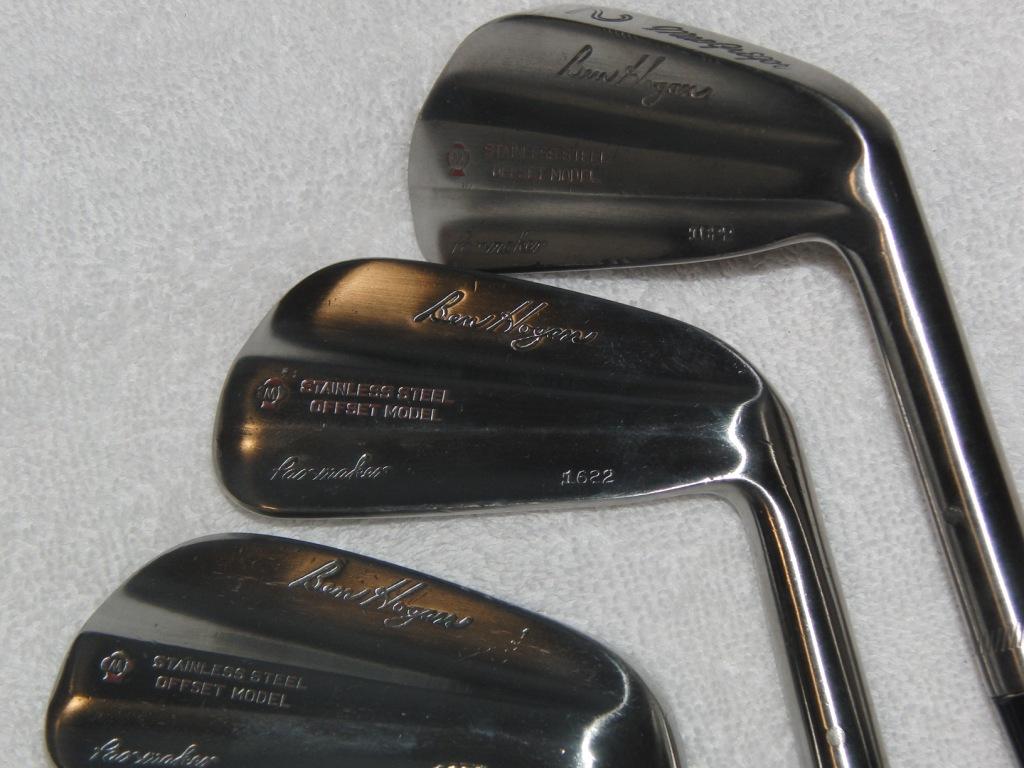 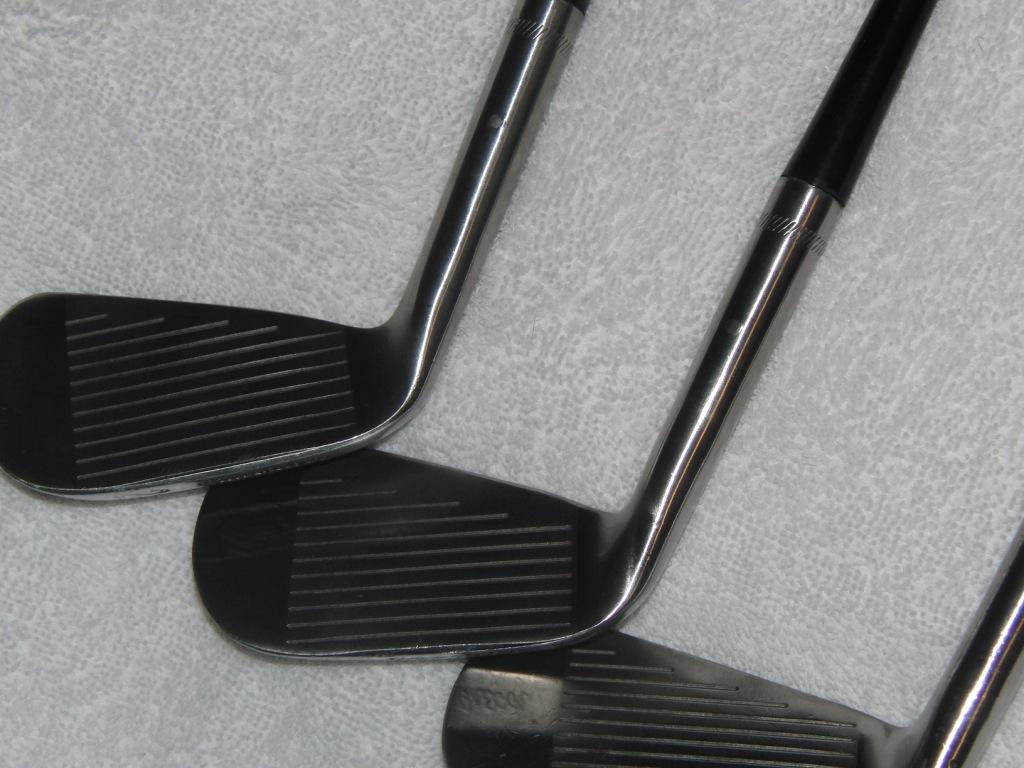 MacGregor Tourney Colokrom M85 - I think this set is from around 1958.
Very good condition- original shafts and leather grips 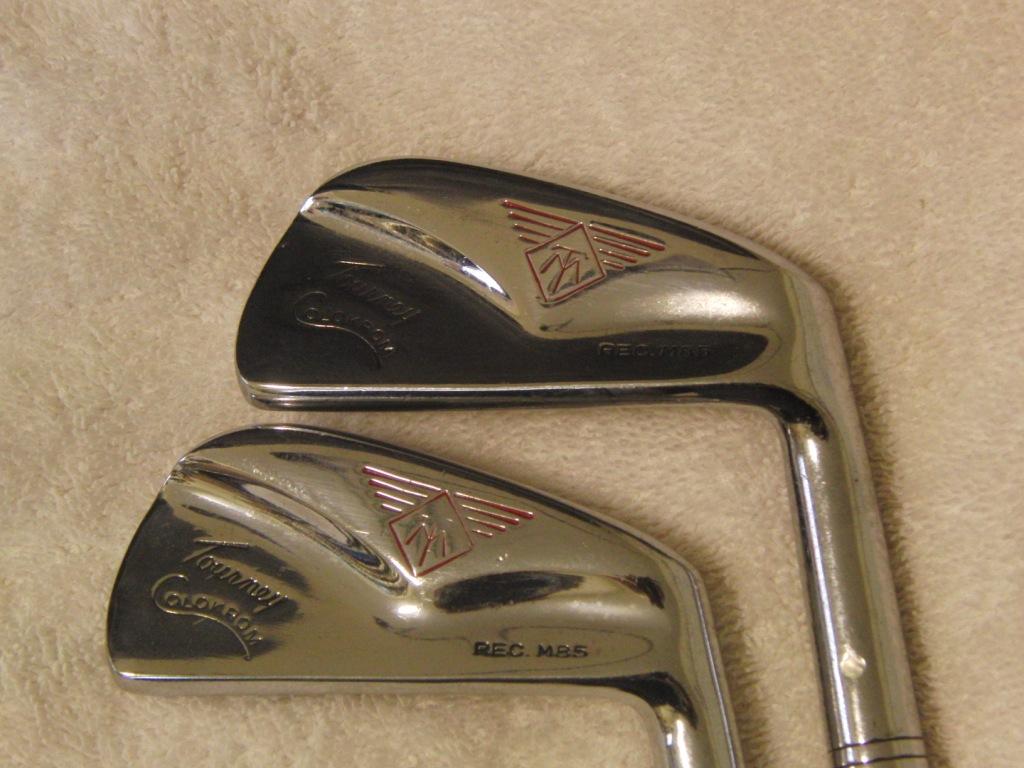 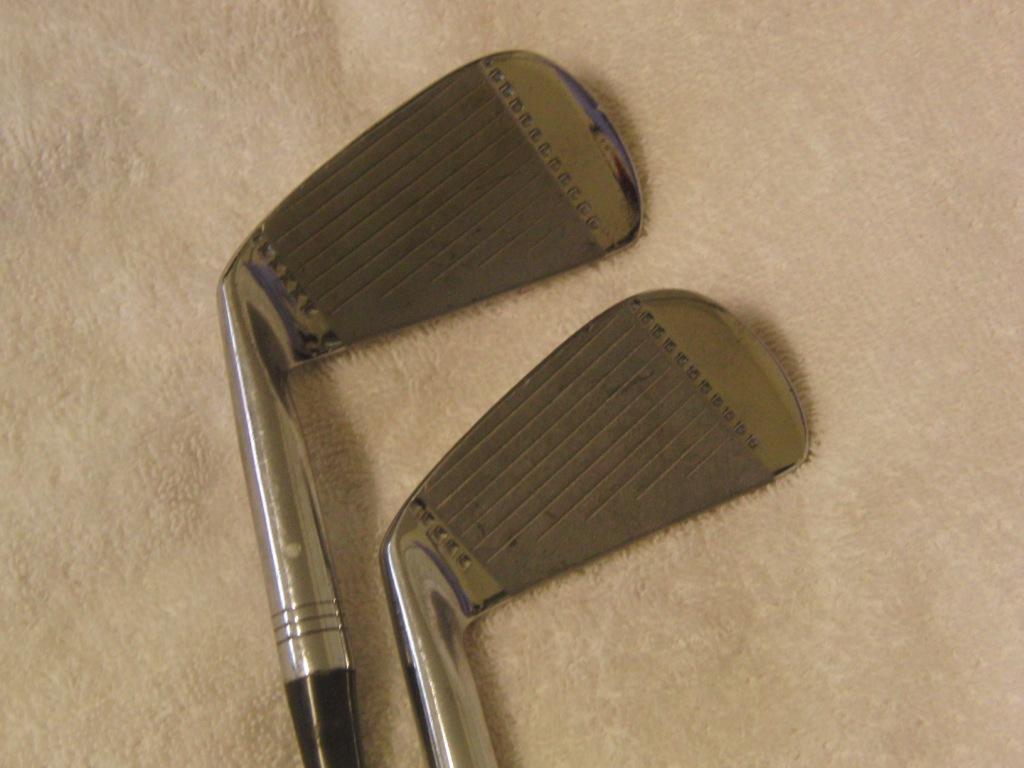 Don’t know much about this set

Rawlings Lee Trevino Tour Model- I am guessing from the early 70’s.
These are good looking heads and they weight a tonne. They swingweight at around D7 or so with no tape!! 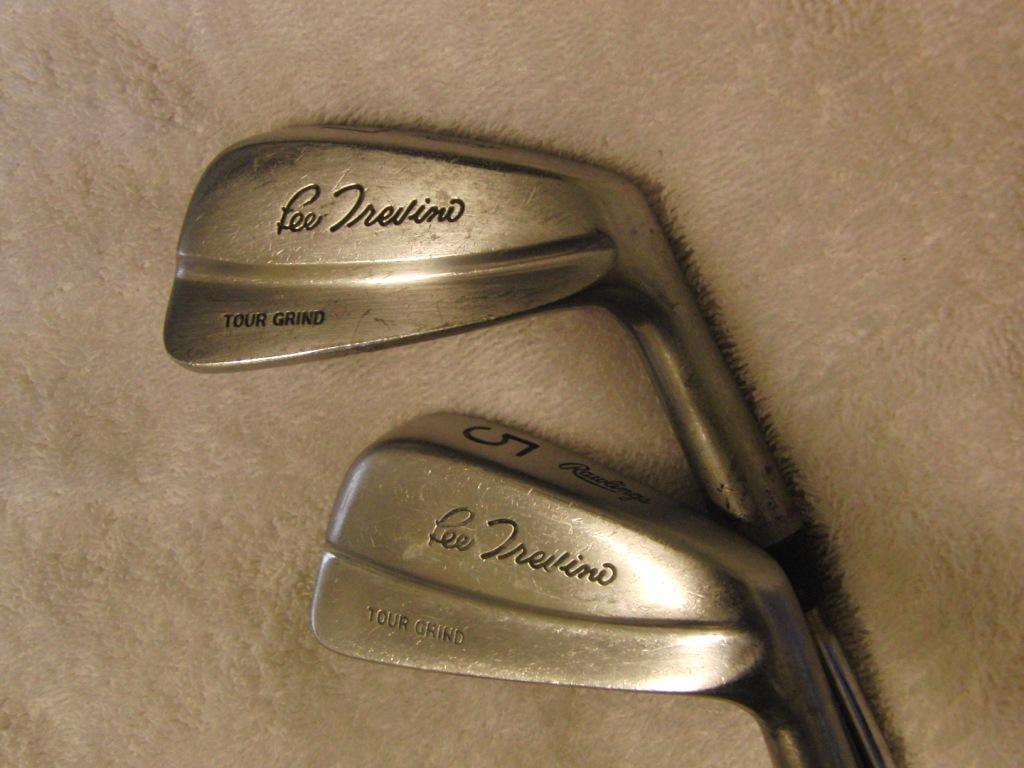 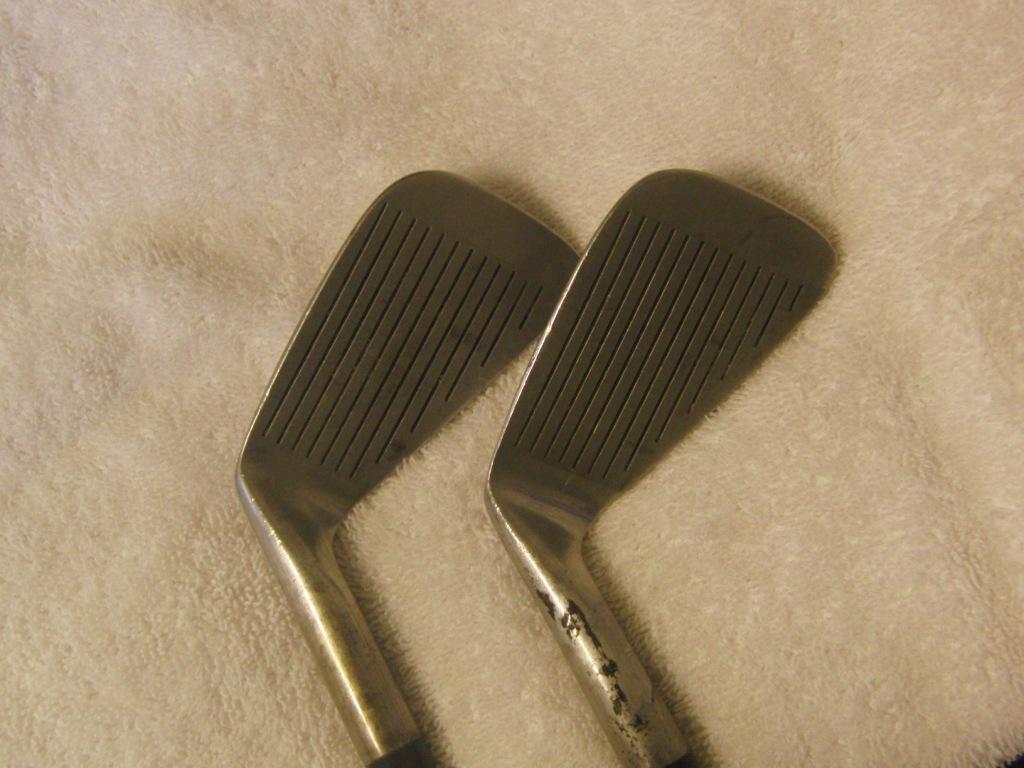 I do not know the specifics about this set.
I am presuming (hoping!!) that they were actually made for Greg Norman at one point and stamped this way, although i cannot guarantee it unless I showed them to him and asked him.
They are a nice looking blade with a flat back which is quite out of the ordinary for the Spalding range so I am guessing they were a test club. Fun to have one way or the other. 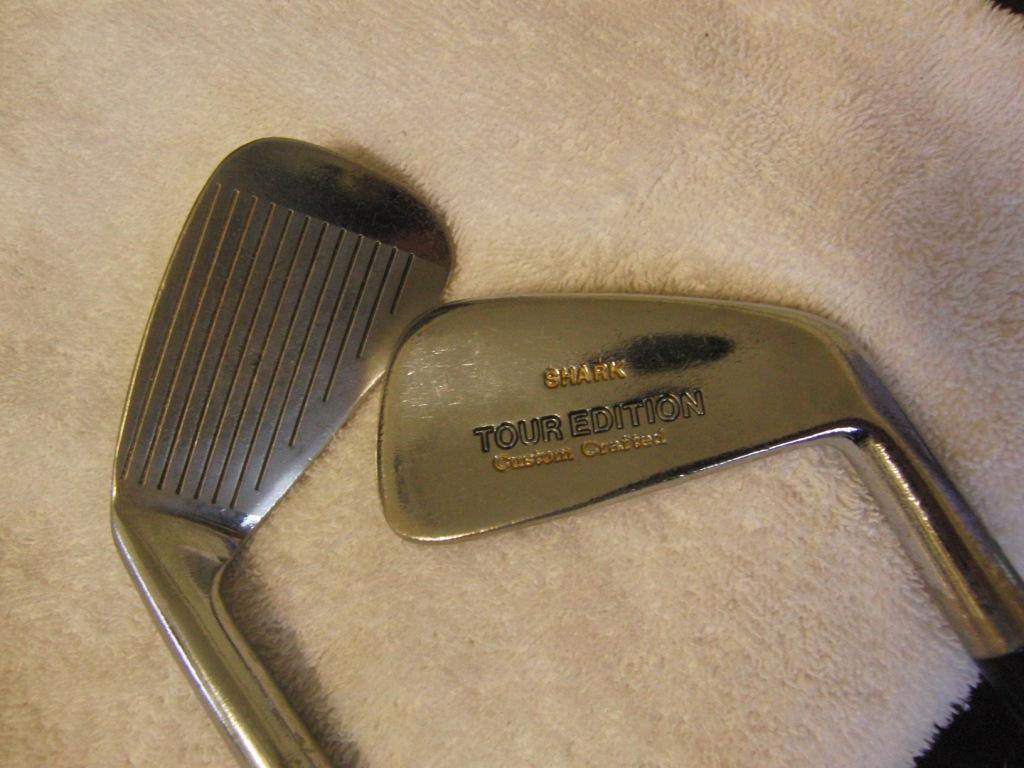 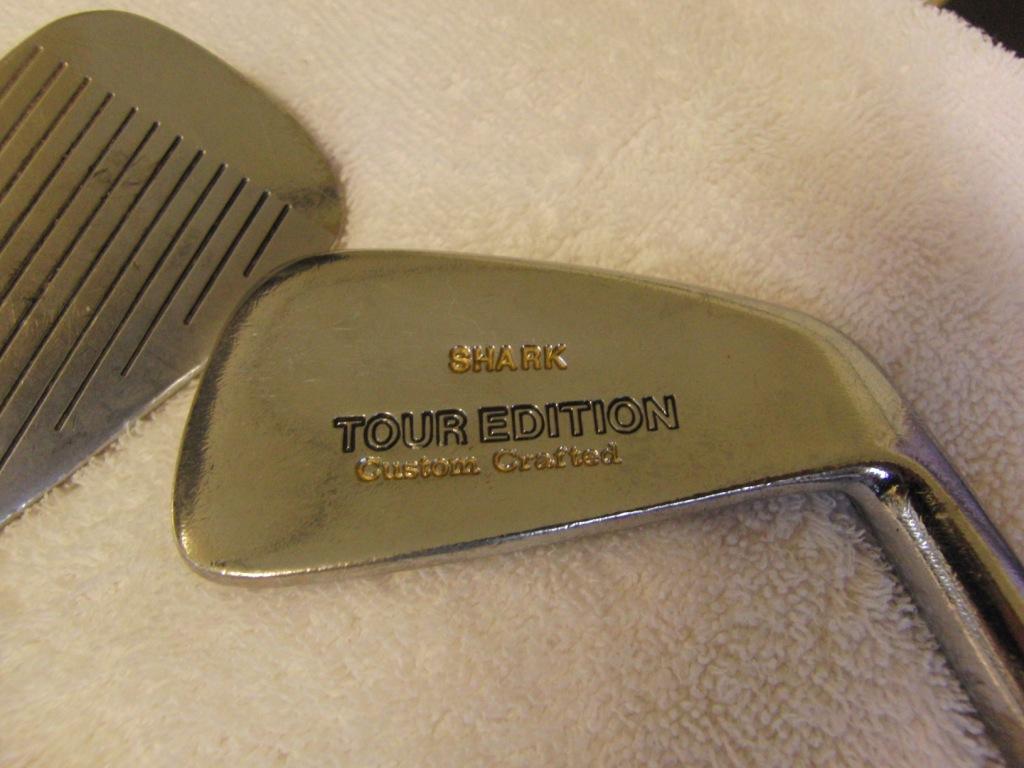 MacGregor VIP- great looking set.
Curtis Strange used this model going back to back in the 1988 and 1989 US Open 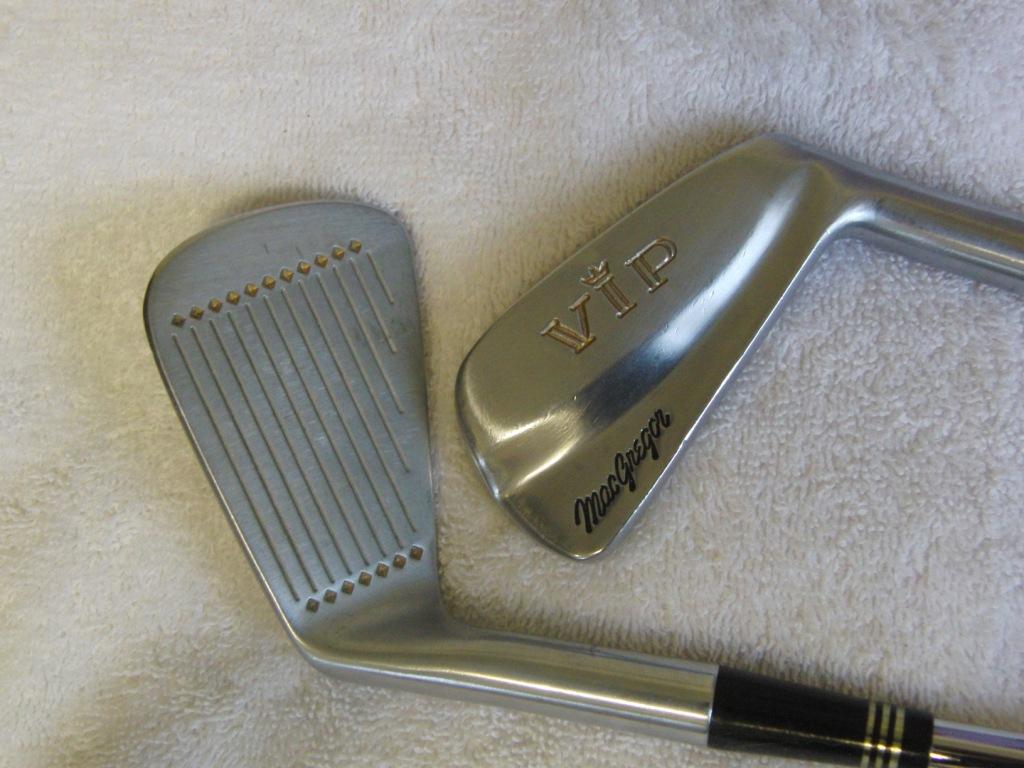 Wilson Dynas- I think this is 1968 model. Someone who is a Dyna expert will know better.
Nice looking set that had been rechromed to look newer. 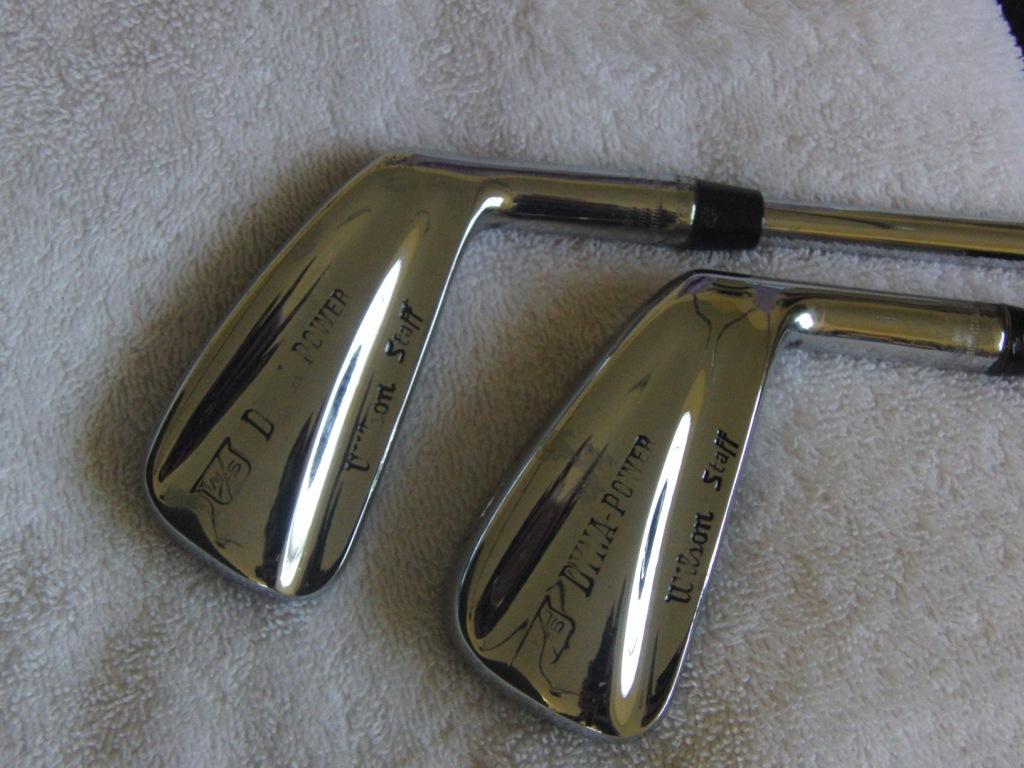 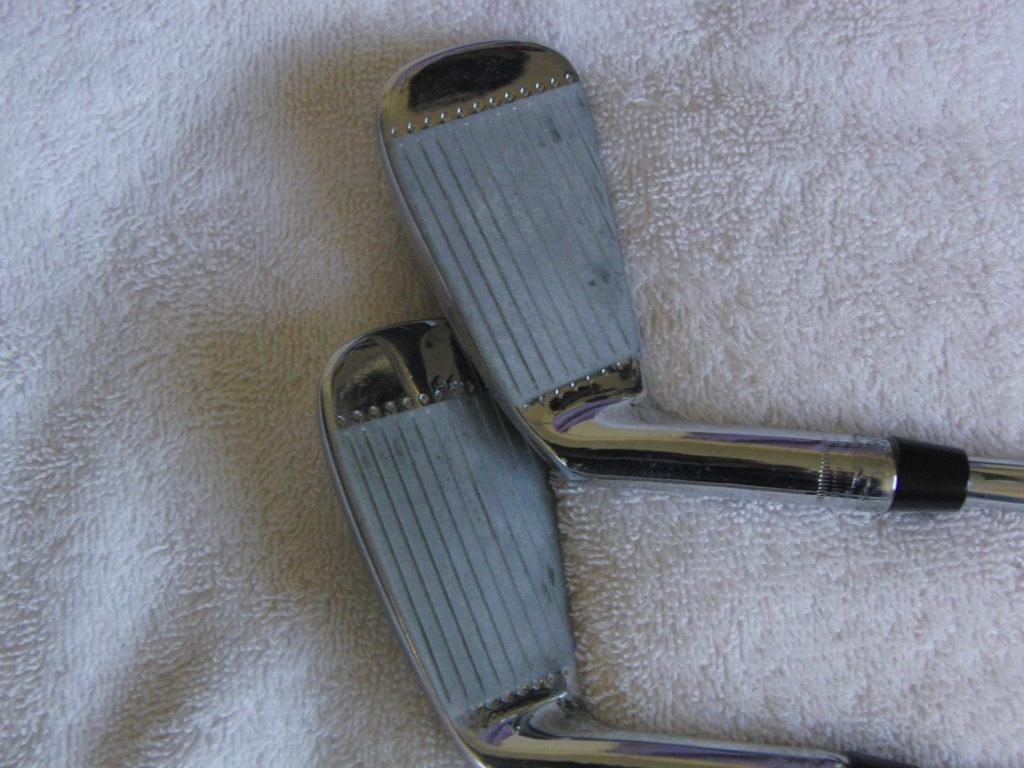 Wow - I’m very happy with this thread - nice way to start the weekend!

A couple of quick things: The Macgregor Colokroms M85 are interesting. I always thought the Colokroms had that copper face but certainly the 80’s reissue had both copper and non copper versions, perhaps it was the same with the 50’s one? The80’s reissues are supposed to be very good though I would prefer the original 50’s one in great nick. Apparently you can tell the 80’s one as they say tour forged on the hosel.

The Dynas are 67/68 vintage as you say checking against the usual source here:

Wonderful start to your collection - I’d be proud to have any of those. Would love a hit of those D7 Trevino’s!

Here’s the 80’s version of the MacGregor Colokroms 1983 I believe.
I know when you think Colokrom you think copper face but obviously going by my 50’s set they didn’t do them all that way.
I really do like the copper face however. It gives the ball a good backdrop on the face when looking down from address 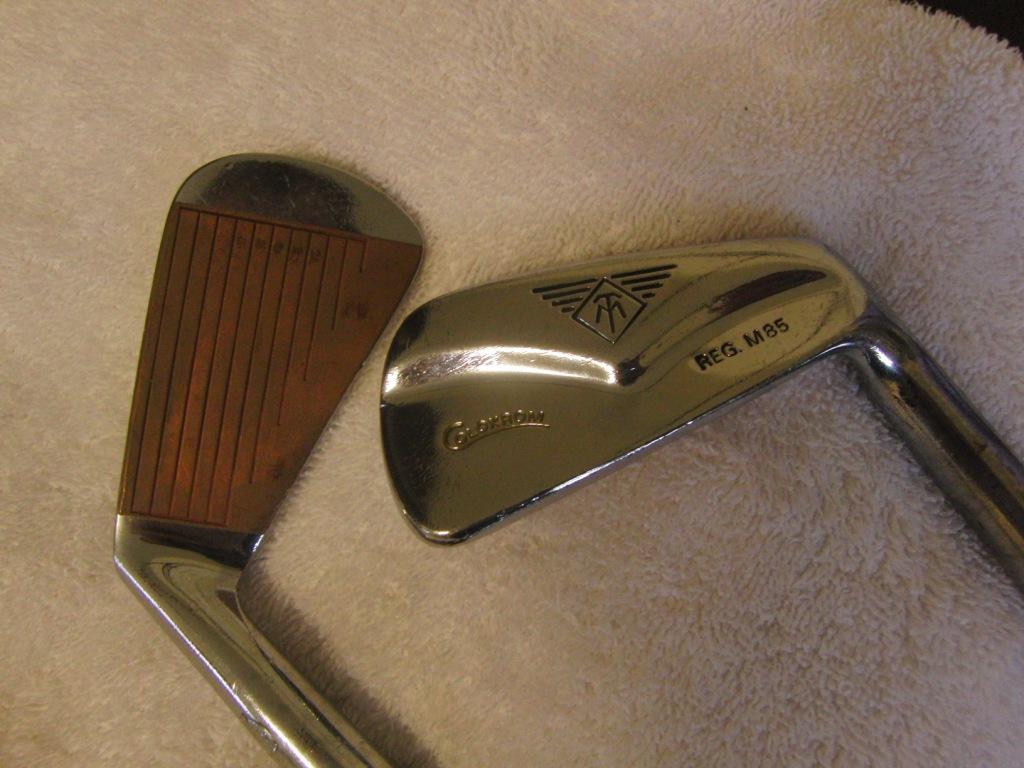 I always liked these MacGregor Nicklaus Muirfield irons.
Quite a small head which really helps with alignment. 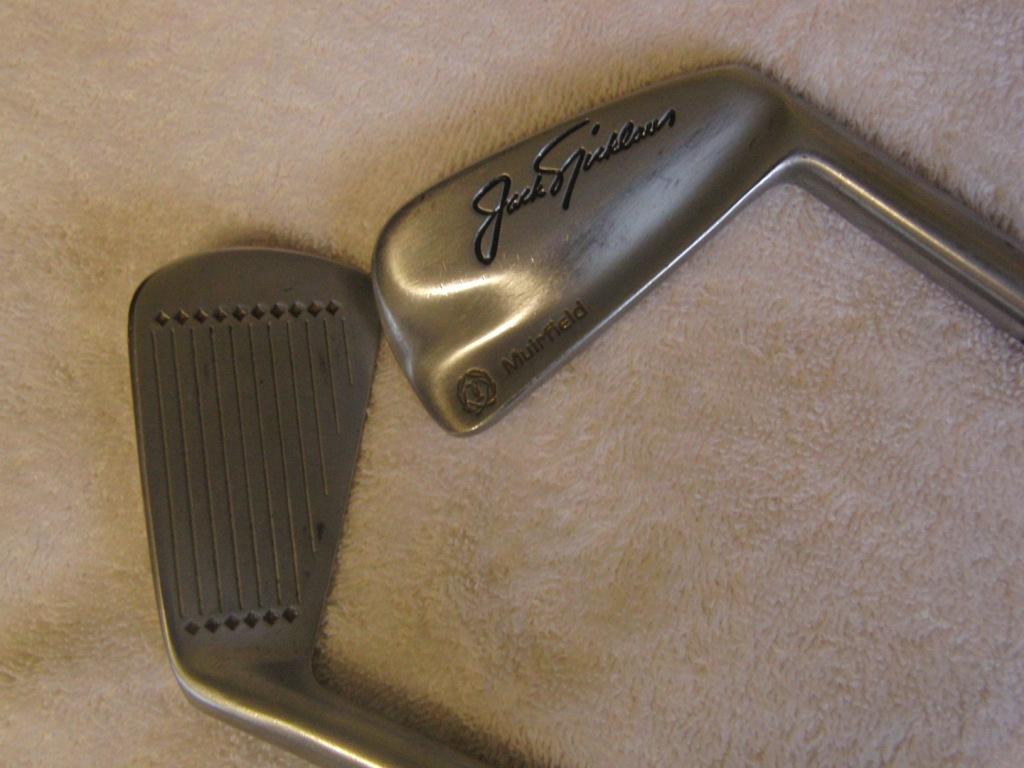 Maxfli Australian Blade.
Great looking head- I think these are circa 1977
They have a really wide flange as the irons progress which is my only turnoff- but nice heads 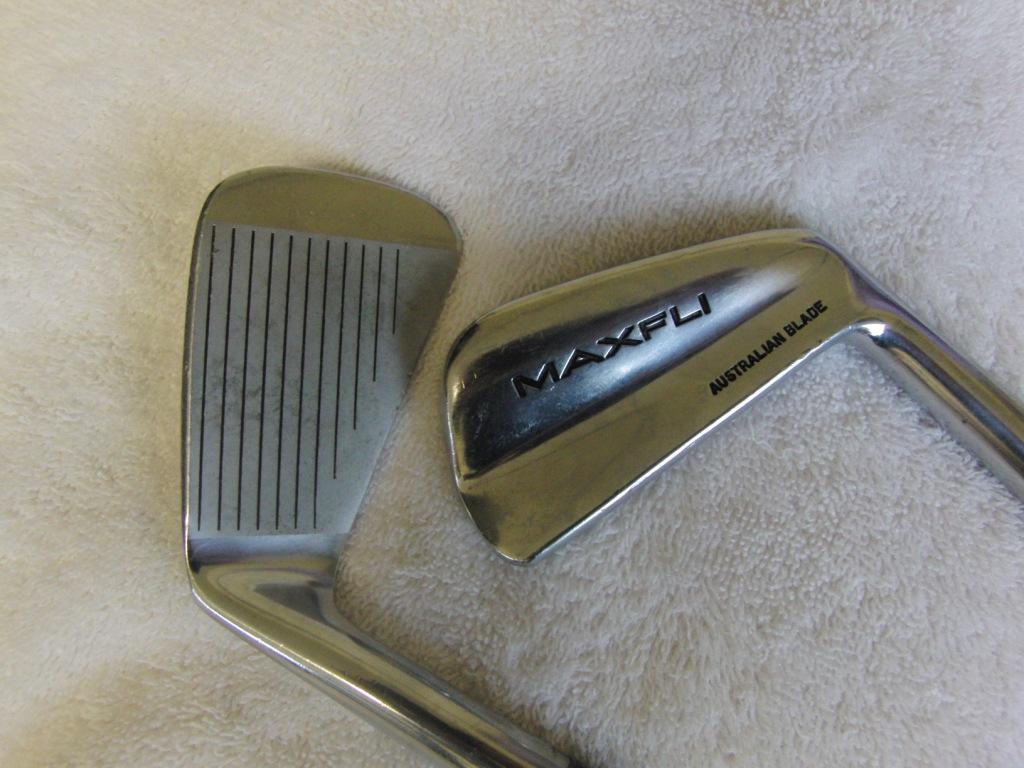 Cobra Muscle Back irons.
I have 2 different sets. I think the Norman Signature set are what made it out of production.
The other set with Cobra stamped on them were the proto model.
real small heads. Strong feeling club when hit correctly. 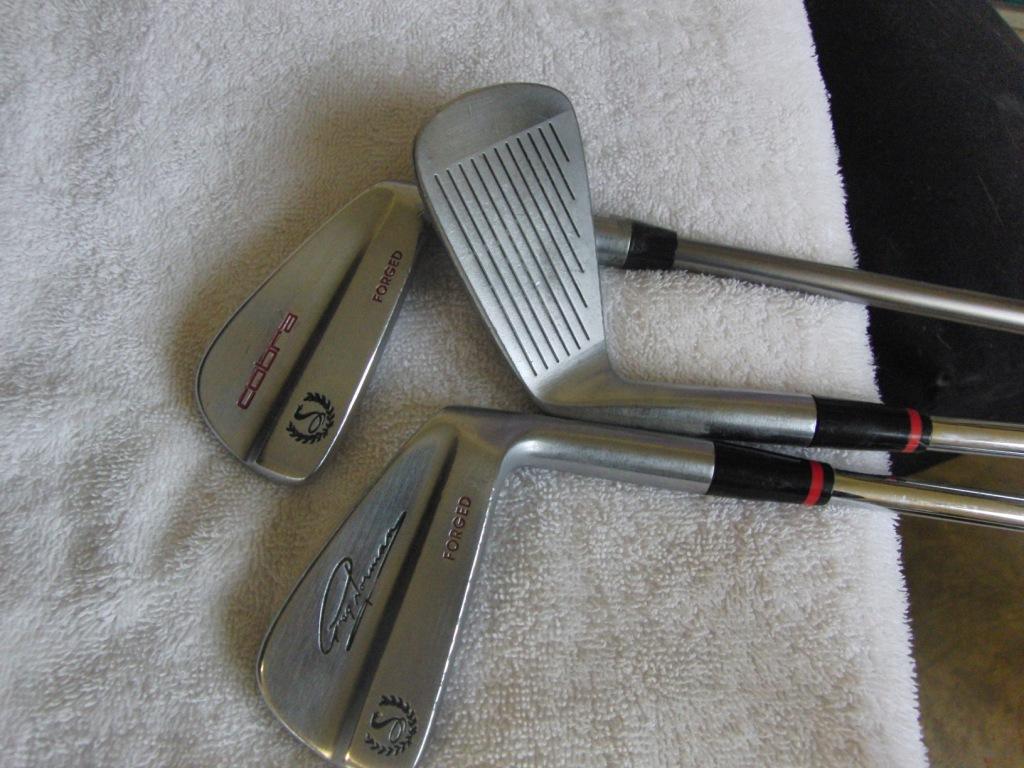 Very nice! I think Lag was lusting over getting some GN blades at some point, not sure if they are one and the same. 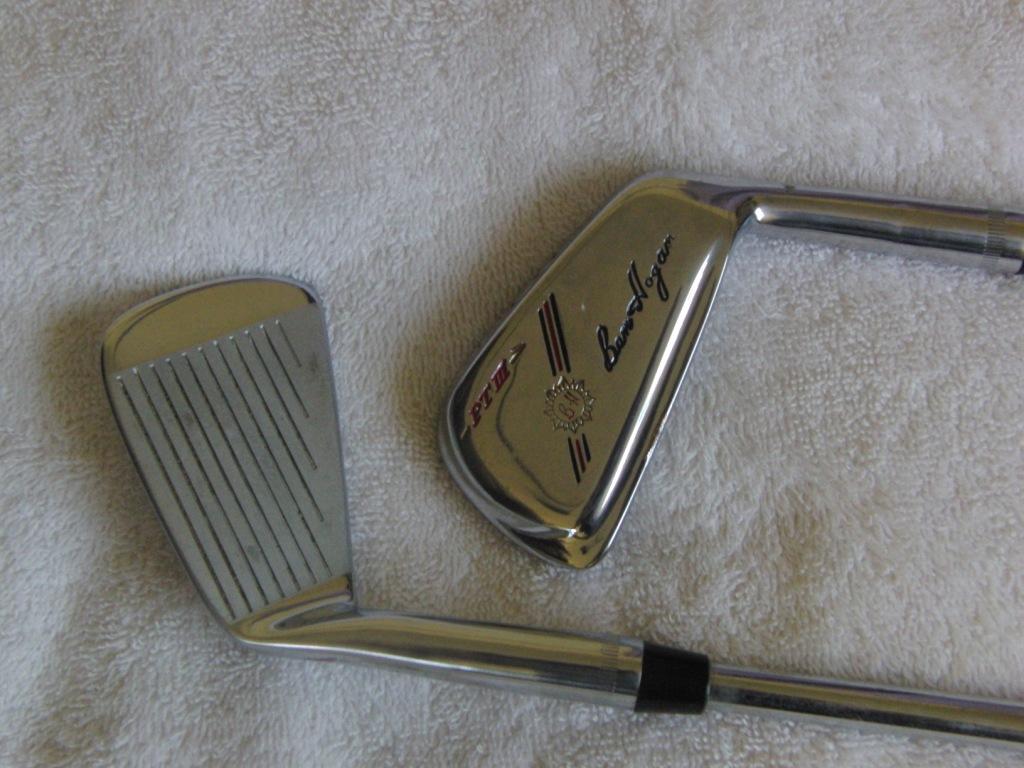 Hogan Apex Grind- 1973 I think
Nice looking sticks. Weighted nicely again.
It is just amazing that the older the clubs have these heavier swingweights. It really feels nice to swing and feel the head. 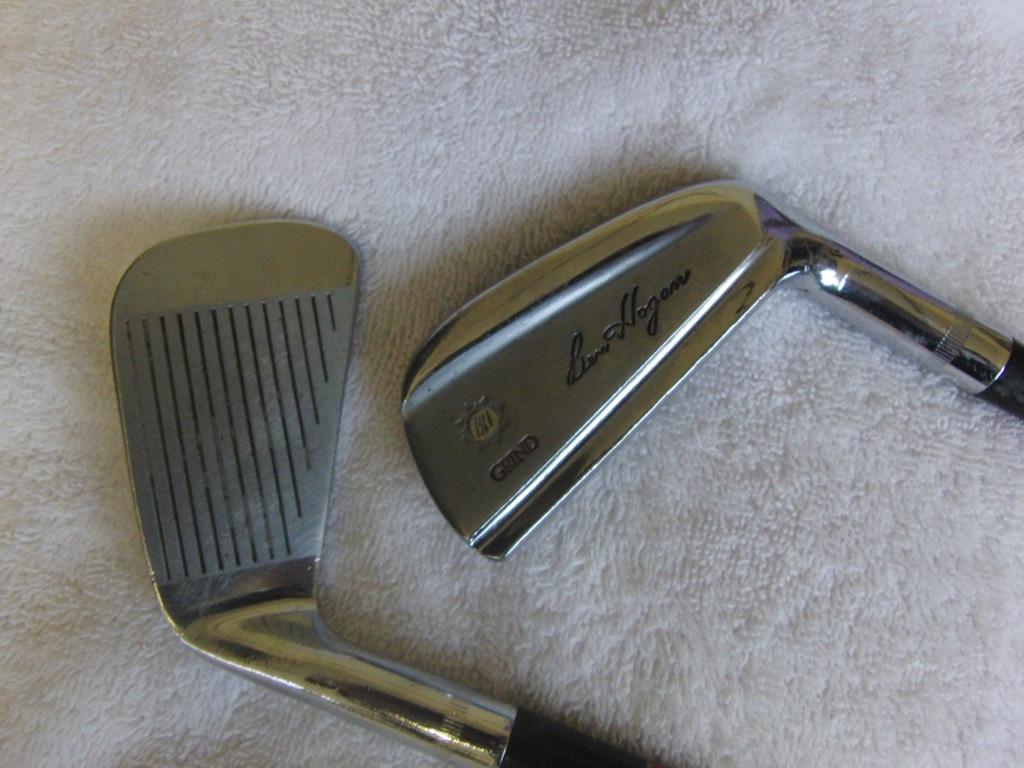 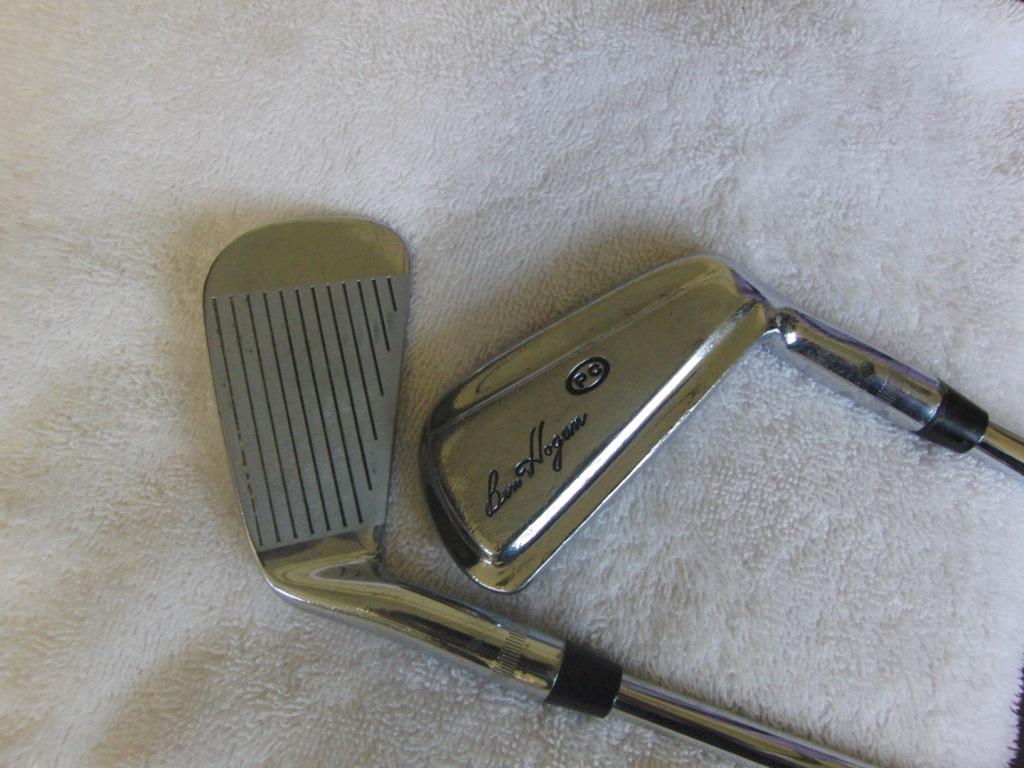 Hogan Decade- these look and feel nice also
The Hogans are all very similar in their looks- I guess that was the case while Ben was still in charge. he made them to suit his eye 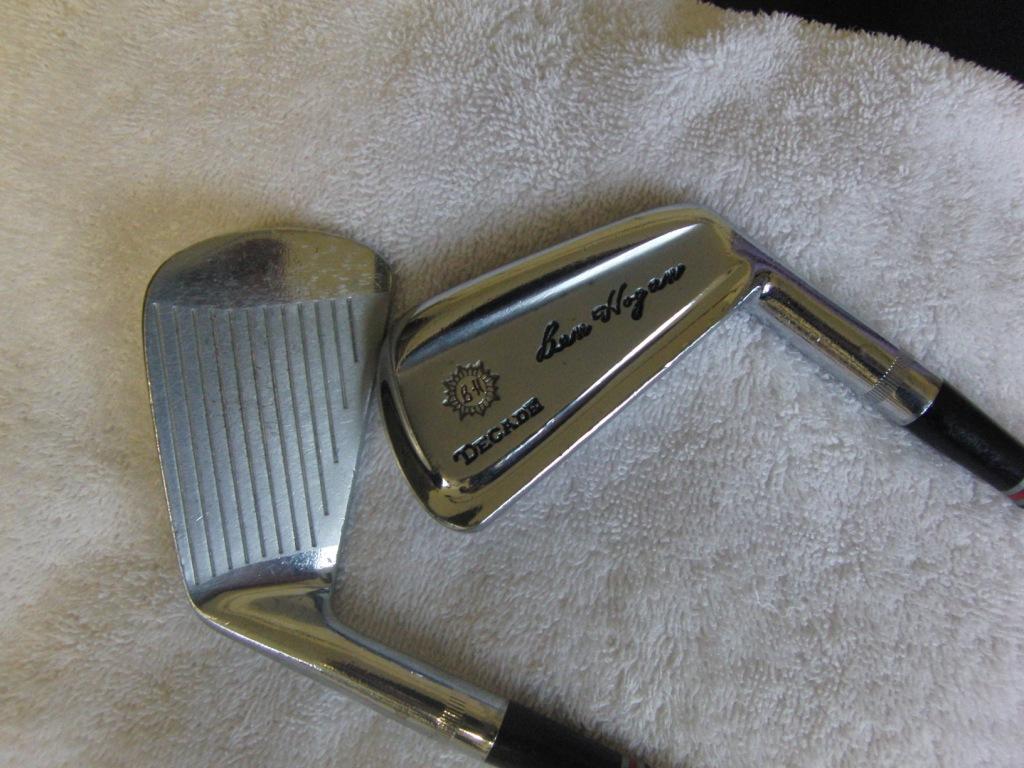 I also have a set of Medallion sunbursts from 1982. they are what I have been playing with. have to post a photo soon as they are in car !!

SOUNDER Tour Limited- SB iv- named after Seve Ballesteros who used this brand whilst in the USA during the early-mid 80’s
Very nice looking blade club. Need to drop the R400 shafts out and replace them 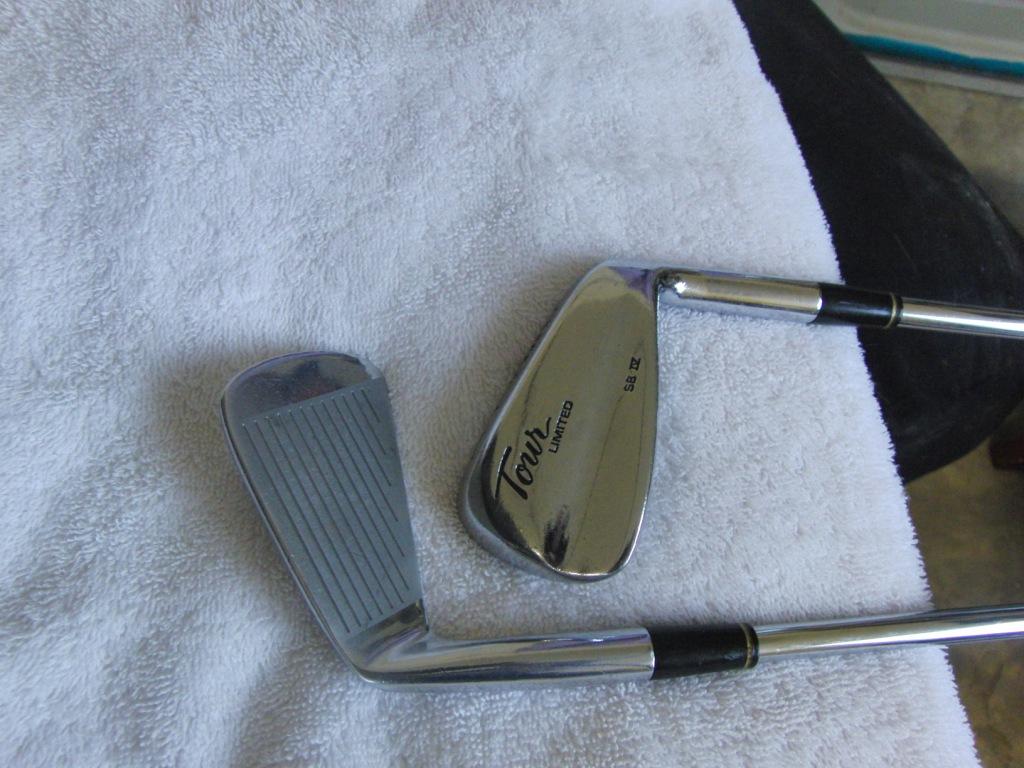 Slazenger Seve Ballesteros SB-02
These are going in the bag straight away when I re shaft them with X100’s.
they are as sweet a looking head as I have seen. Can’t wait to start whacking them around.
They also have a tapered sole that is unusual and I haven’t really seen it before. I think it will help out on all course conditions- so patiently waiting for shafts and ferrules!!! 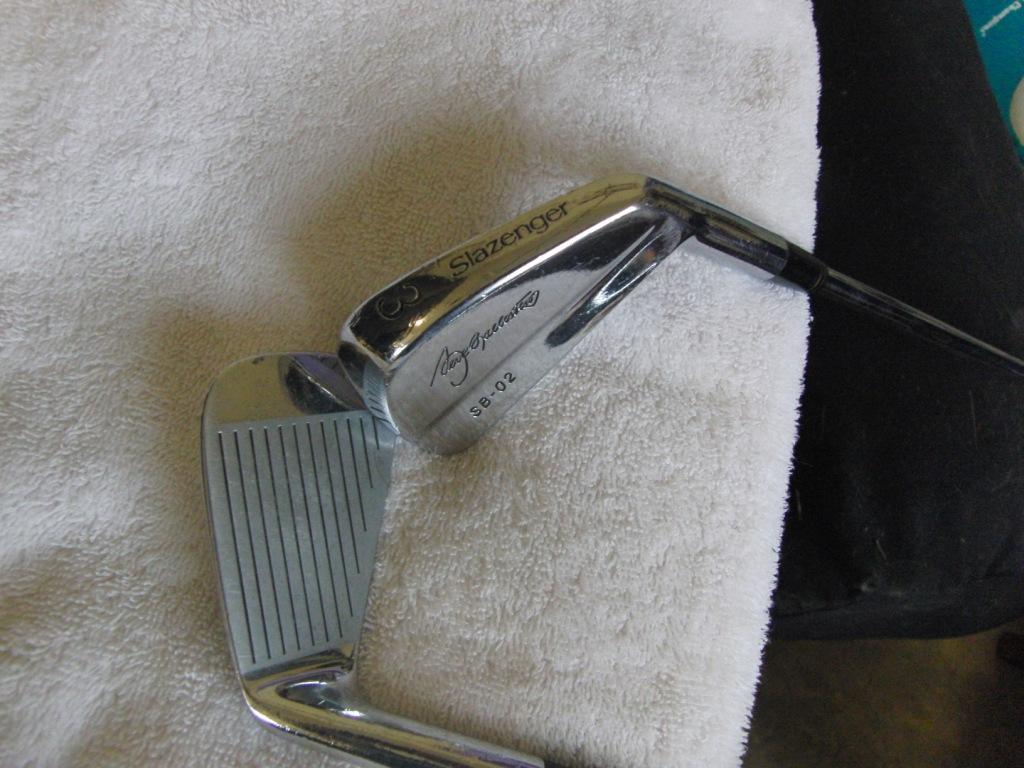 Hiro Honma LB-737
These clubs served me well in Japan for a couple of years. I even brought them out of retirement a few times to spank around on the US Tour.
Real expensive clubs in Japan. Don’t know why they charge so much but they are higher priced that’s for sure
Really good looking blade style although they are cavity back 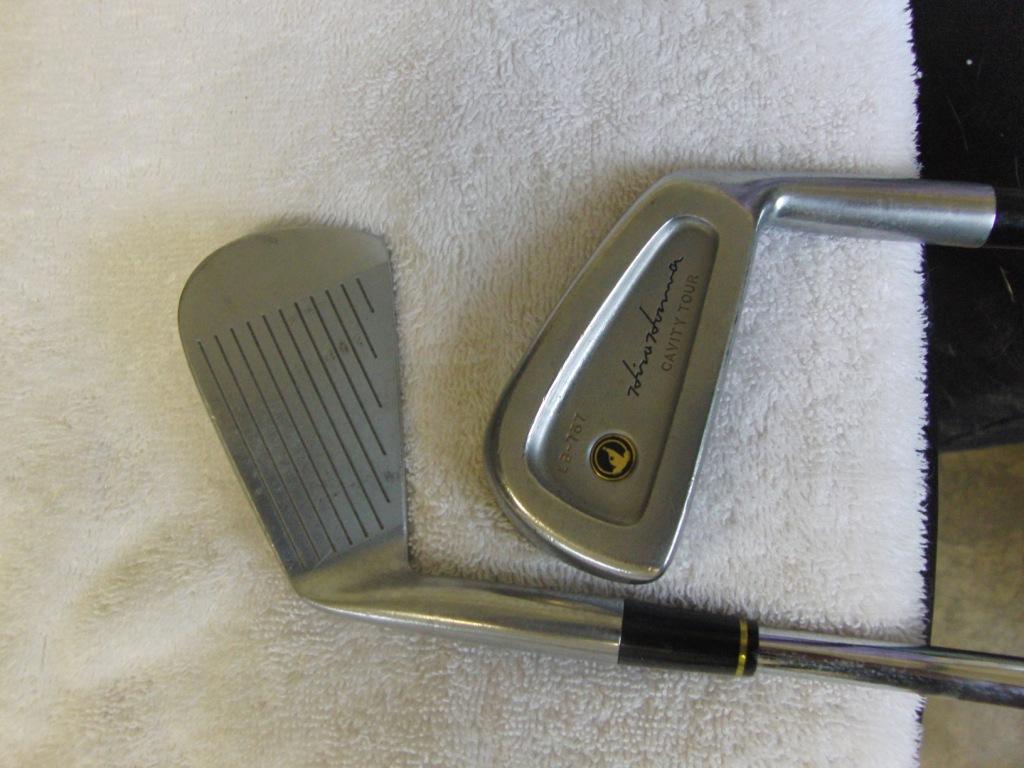