What did Ballard have you working on?

I’ve always thought Ballard guys don’t seem to get a great shoulder rotation on the backswing and lack spine tilt which would inhibit a proper weight transfer. Just my thoughts…

John, Ballard always beat into my head I am losing pressure in shaft. My model was alway Sutton or Strange when referring ideas Ballard said Sutton would feel the left elbow tuck in transition and Curtis loved the split hands drill. Both keys to feel that horizontal tug or “pressure” in shaft.

Ballard taught straight hitters…
Everyone said Curtis moved off the ball too much… but he was just working over to the 4:30 line… looked good to me. Back to Back US Opens proved them all wrong and us right! 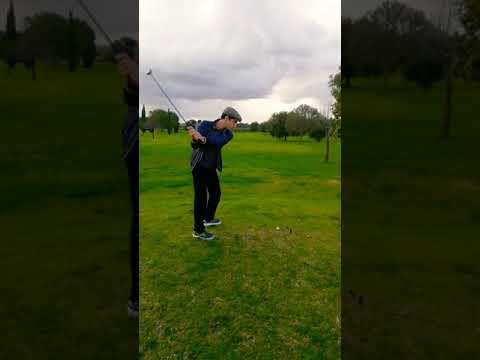 You mention rotation of arms to create more speed. That is one thing Ballard never wanted. He wants you basically to maintain ur address position thru the whole swing arms come up in front of body.

This arm swing works well with a lateral load i to the right leg. If I were to rotate arms it would make timing a real challenge. 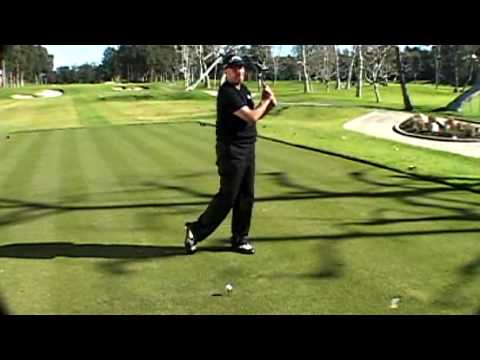 I really like your explanation of the forces (orbit pull) bc my down the line throwing the club isnt working. You mentioned you can really feel where the whole club is and pressure in shaft maintained past the ball as the handle comes in and left. Its such a connected feeling its really shocking how much further the ball goes with a bullet trajectory. Being that Ive been one of those “hope the centrifugal release” works kinda players, this concept is like a powerful short punch

I agree and love orbit pull. But I think ( accepting a concept) of holding the club like your praying helps me. That concept helps me pull it thru and go low and left. As long as I have a frozen right forearm feel.

The whole package is turned by the belt buckle down. So powerful low and left swinging thru it. Been raining very badly here. So I love doing this concept hitting rubber balls in the house

Looks nice there Slinger. That whole video series with Brandon from Be Better Golf has been gold for me. The orbit pull really has more meaning for me now. Also a concept called the pole switch - kinda like a slinky going down the stairs. Entry into impact the club head is the moving end of the slinky. Then at impact the butt end takes over with the body and it becomes the moving end of the slinky.

Interesting Les. I think after we’ve been doing these drills for a few years/ we all come up with our own feels and little swing keys. I think post acceleration lets you have a free ride down doing whatever you want to with the club, clubface, shaft , and body

Where do u get rubber balls?

I bought these Calloway rubber practice balls off of Amazon. I found it a good way to work on the swing when unable to get to the course

Tiger seems to be a rt arm slinger with his driver but orbit puller w irons?

Reliability is the key. I haven’t played a lot of golf in the last few years, but still good to know what I need to do with the club to hit the ball solid and straight… even if 250K youtubers are going to see me hit a few 1 irons off the deck. Complete confidence really. I can’t help but hit the ball straight, and the Mod 9 stuff is by far the best way to shape the ball. Clubface open at P3 is nothing to fear… just gives the green light to turn level and left… more reliable to square the clubface with the pivot than throwing the right arm at the ball void of an accelerating strike.

Got out and played with my 5 year old today. I have a cut down persimmon driver and 5 wood that he loves.
I went to a course I have never played before. It’s close by and I had a coupon. I hadn’t hit a ball in 3 weeks, and we didn’t warm up whatsoever. Just went straight to the first tee, which is usual for us.
Turns out it was an extremely easy course, so I was able to put together an even par round. Great stuff regardless of difficulty for a 5 handicap like me. Could have been much better - I had 33 putts and chunked a wedge shot about 30 yards on 17…
Haven’t been able to film lately - barely play and busy. But I got this one driver shot today on camera.