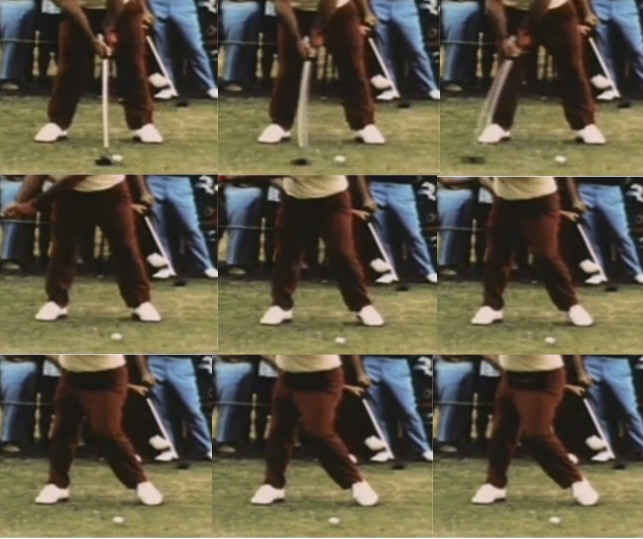 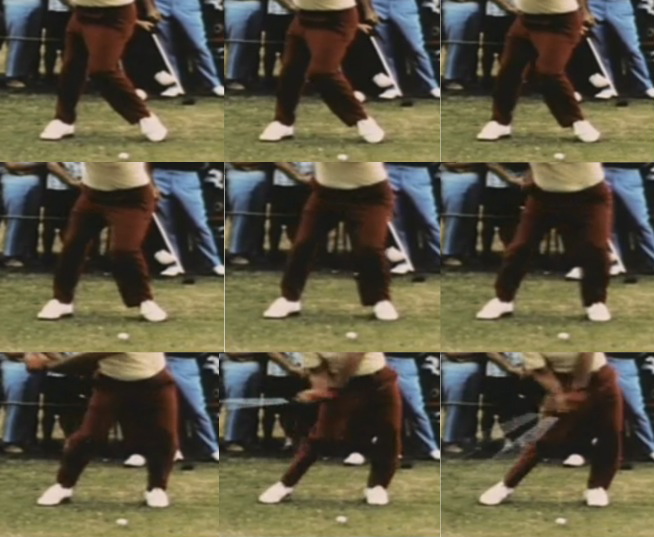 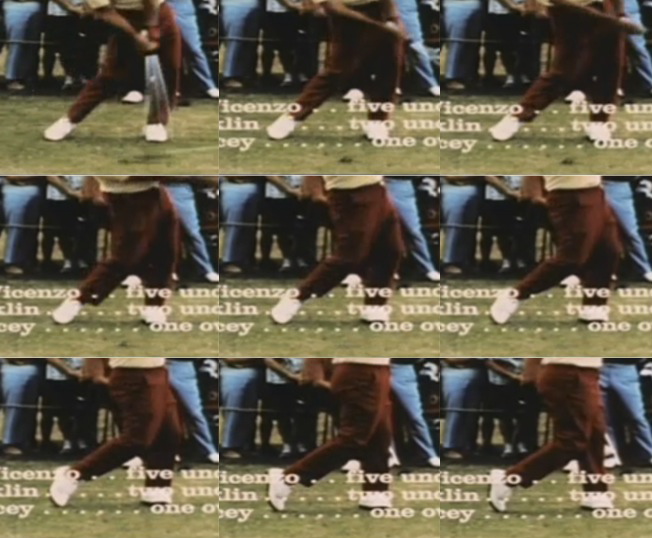 I like to study different parts in isolation and then go and play thinking only of using those parts to make the swing. It’s good coordination and awareness training as well as a sort of liberating change of perspective.

Any guesses as to who owns these feet? 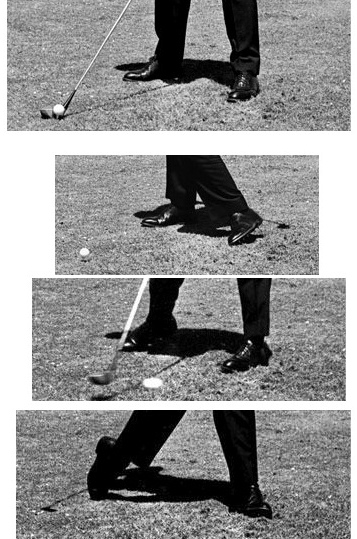 Pants are too long for it to be Trevino.

That Twomasters doesn’t miss a beat. 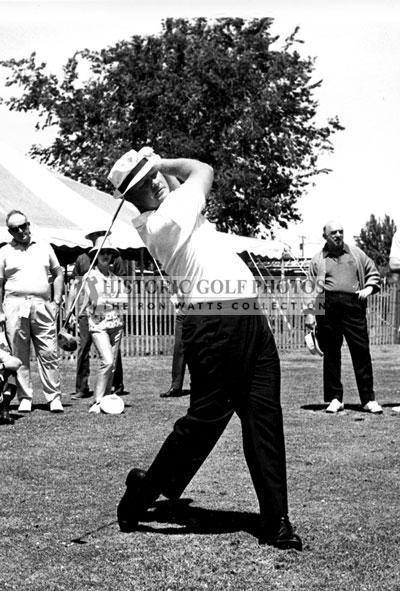 Left foot closed nearing impact and spun left in the follow through. Must be some aggressive turning through.

Good thread. Do you have any lower body sequences of Nicklaus? It exudes power.

His and Mickey Wright’s , and others, left knee and heel movement stand out.

Does anyone have thoughts on why that is not prescribed these days?

Do you have any lower body sequences of Nicklaus? It exudes power.

Eagle, I posted some good sequences of him in the Swing Sequence thread- there not isolated but they’re both very clear views from good angles. To be honest, I’m not sure what’s prescribed these days as a general rule, but Lag just posted some points in the LTLGM thread that would speak to modern leg action. I think Mickey Wright’s is overall better than Jacks, because she transfers speed up and out while still moving. Jack spent a lot of his in his legs and that showed up over time. His early stuff, that one 3/4 frontal(?) that I posted is pure athleticism. As his career went on, he stopped moving for various reasons. But they both had that fall/move from behind that got things going in the opposite direction, and which I see as athletically necessary. It’s a very small moment, but they actually momentarily pass there left knees from behind while the left heel is still up and even coming up a bit more, increasing the flex in their left leg- Hogan did the same, as did many others. There’s more to it and it takes some coordinating, and not that you couldn’t do it another way, but how they did it would be the best and most natural in my view.

I posted some good sequences of him in the Swing Sequence thread- there not isolated but they’re both very clear views from good angles.

Got it . Thanks. Just seeing their leg action makes me scratch my head…where has it all gone?? 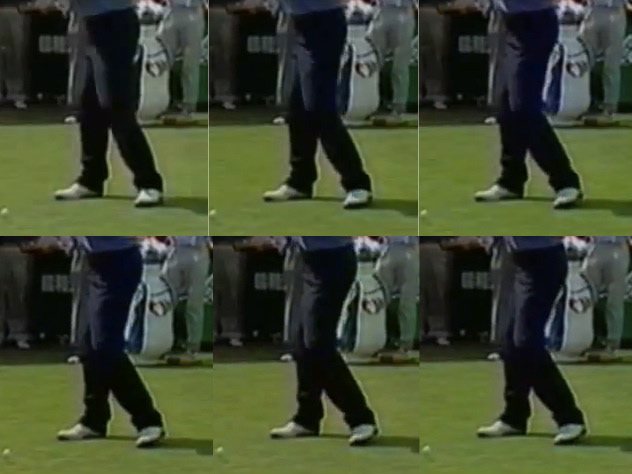 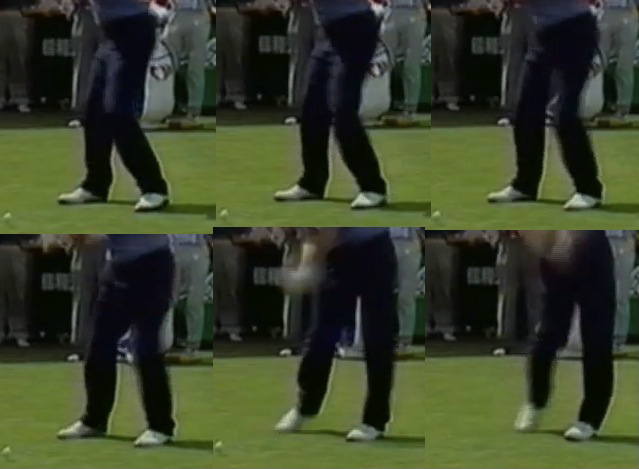 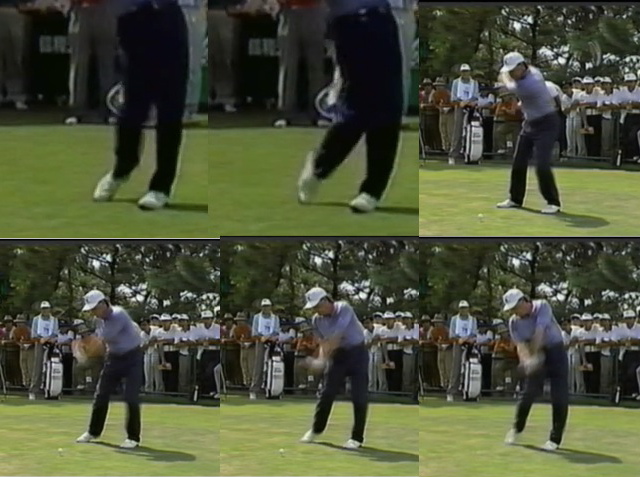 Tough one here… any guesses? 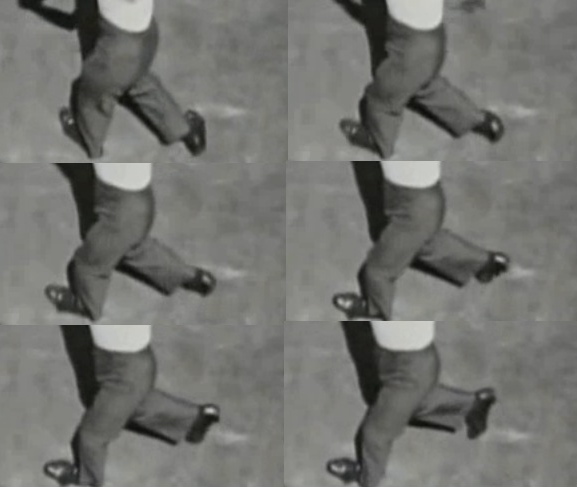 Yeah, that was too easy. Looking at the stills I took of him from that video, i was really surprised to see his pivot stop post impact in a similar way to McIlroy, it was the last think I expected to see from Arnie… I wonder was it just that particular swing. I’ll try and make a sequence of it but it’s always hard to see when the photos are right next to eachother… 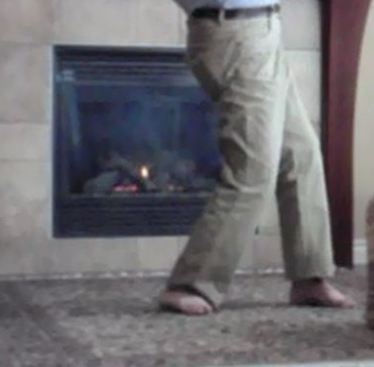 I’m not sure that I buy that right foot action. Is it a sport that you’re good at? I like 1T’s guess so far…

Bom/1T
I love the Tai Chi look alike but it is not.
why dont you like the right foot action.