I always felt like the guys who don’t need to practice so much have the best technique. Ball beaters can make a lot of things work…

Somewhere I heard that Hogan had to hit 10 practice shots to Nicklaus 1 to be the player of Nicklaus talent. Then they say Hogan had the greatest swing ever IDK

Maybe it was Hogan who said that about himself, but if so my guess stayn humble is a good thing bc it keeps us hungry to improve.

Hogan says he just absolutely loved to practice. Imo u cant do that with a shitty swing or ur bones joints will give out Or disks rupture. Hogans move looks easy on the joints where Jacks makes my hips hurt.

Great pic nonetheless. Perfect comparison too. Hogan was previously the keeper of the wand, but it was missing for years until it magically reappeared.

… he likes puzzles and match ups…

No doubt, when this show was on I was watching and my spatial memory was real good as a young rat. Had I been older I would have done well on the show. Today I might see a golf item and almost immediately know where I saw it before and it doesn’t take me long to back track 'er down. I remember always being, still am, fascinated by the mechanical sound the game windows made- and now with golf ball sounds, imagine that. 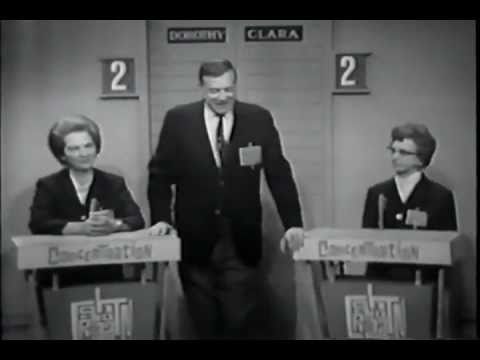 Congrats to Brendon Todd on his 9th place finish at the Fortinet Chanmpionship. Great start to the new season.

Thankyou- a solid week with his game getting better each round.
We will catch up again on Thursday to see if we can improve on a few areas that we are slowly trying to evolve.
We are taking a different approach this season and trying to get together at least for a few hours every week off he has so we stay on the ball and ahead of the curve.
The last two times we have done this he has come 3rd at Colonial and then 9th this past week- so there seems to be some merit to it!!

…so we stay on the ball and ahead of the curve.

Sounds like a solid pursuit for both work and play.

Found an old video from 1990 when I was in Europe. If I knew what I know now I would have just kept swinging and playing and never seeked any swing thoughts or guidance from anyone anytime soon.

Curious on the DUB, I’m 53, mountain of back issues, good days/bad….played D1 back in the golden era, tail end of balata (definitely putt better, those balls)….will the DUB help with say Curtis Strange type action, I mean whom I to critique CS but, I’ve got a head and center that goes back and thru way too much, make sense? Big time power and accuracy leak, probably got worse over the yrs as my back went downhill……fused from L3-S1 yet still can play decent, break 80 still most of the time….

I have had a lot of success with helping players who have back issues.
It keeps the hips more stable and the pressures into the ground for longer all to encourage a more level torso and shoulder rotation.
Side bend and steep shoulders are normally the main cause of golfer’s back injuries and from my experience the training of the modules/drills combined with the board work can certainly help.

Appreciate the quick response! Gonna try to see if anything is left in the tank.

Pure class. Man, I hope it doesn’t hurt too much to look back at that stuff, hopefully you’re looking back with pride.

@twomasters helped me along my journey. I’ve had 4 back surgeries, but minimal pain since completing his drill programs.

Much of it has to do with inner pressures, level torso rotation, his drills, and definitely the “power board”…or downunder board. Gotta love the name…haha!

4 surgeries, I think we’re tied, I’ve honestly stopped keeping track……CT next week and maybe another, something ain’t right. Planning on getting the board, hope I can use it.

Looks great - a far simpler range back then. No tech or entourage just masters at work (no pun intended)
Do you know who else is there alongside you? Furthest guy back could be Paul Way?

I didn’t have any of my guys playing Presidents Cup but was fun trip up there a couple of days to watch- My wife wanted to know what all the fuss was about as she knew I had played the first Cup back in 1994
Took one of the younger kids I teach up there Wednesday and he got to meet Geoff Ogilvy and Paul Azinger… funnily enough he said the coolest part of the day is when Adam Scott saw me and called me by my nickname (Hugo) LOL
Then his parents and us went Friday and caught up with HV3 in the gallery and Mike Weir who was an assistant captain. 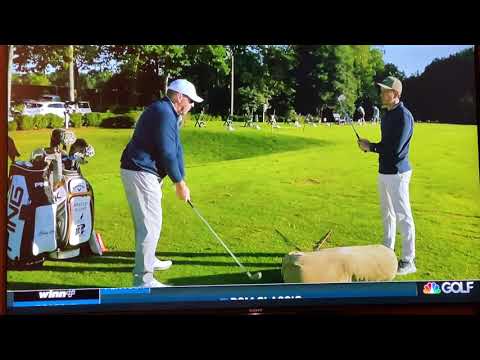 A couple of years ago I appeared on a two part episode with Chris Como in his Swing Expedition Series. Chris travels around the country and gets insights from some of the successful instructors and shows their ideas in a 30 minute show.
He is a lovely guy and has always liked the idea of what John and myself teach. He ran through all the drills throughout the program.
Not sure if there is more of this on YouTube anywhere but this came up in a search I was doing for Brendon Todd. 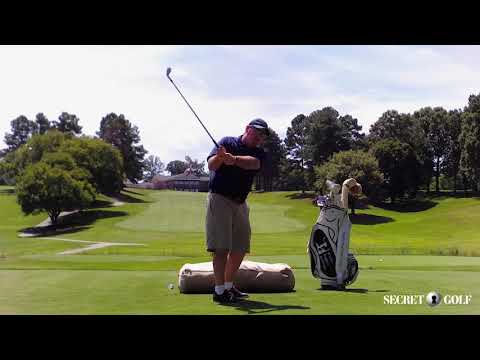 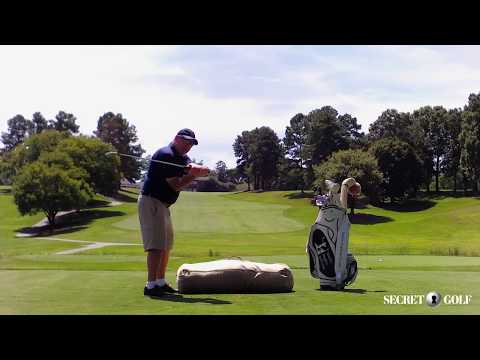