Hogan’s amazing 30 on the back nine at Augusta.

I know they have changed some of the greens, but how did they change the color of the water? 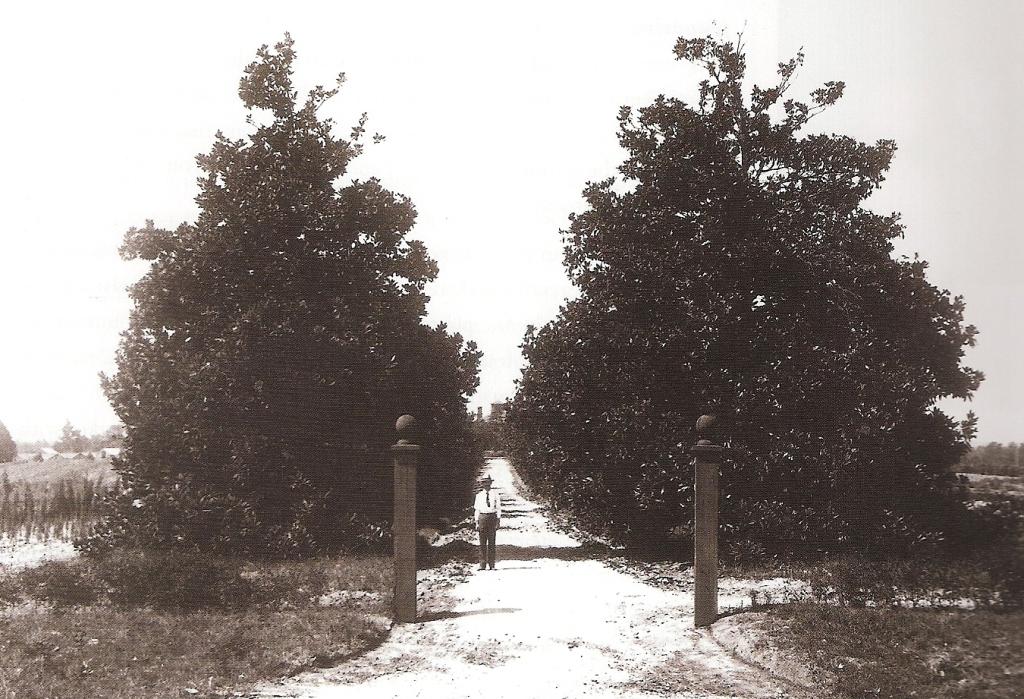 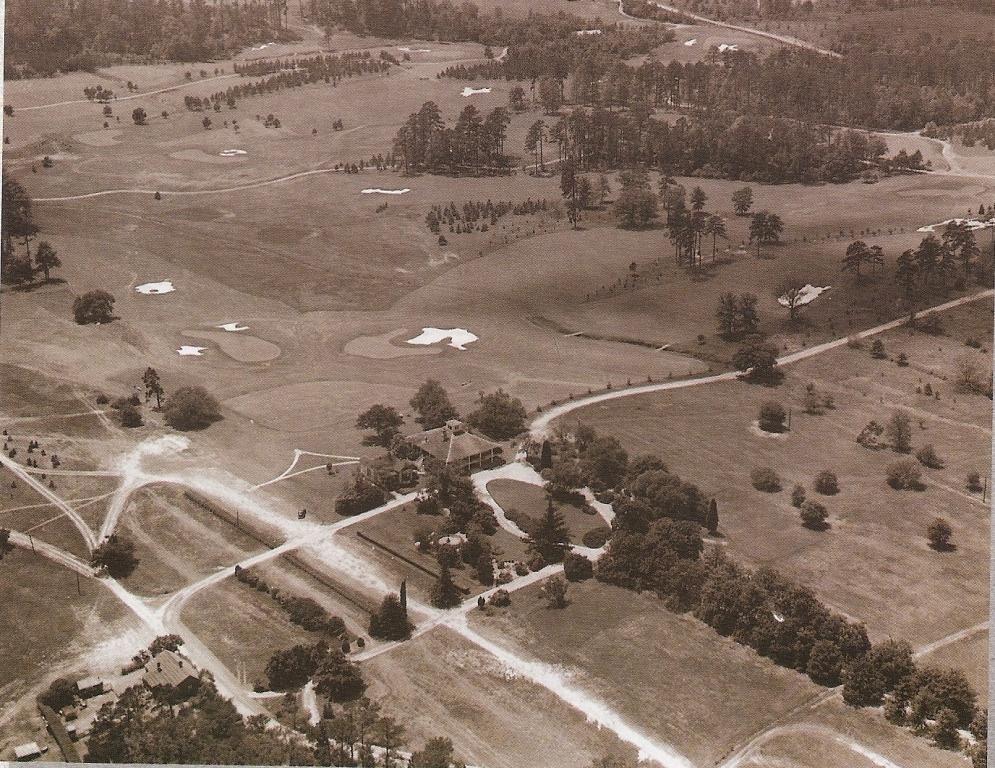 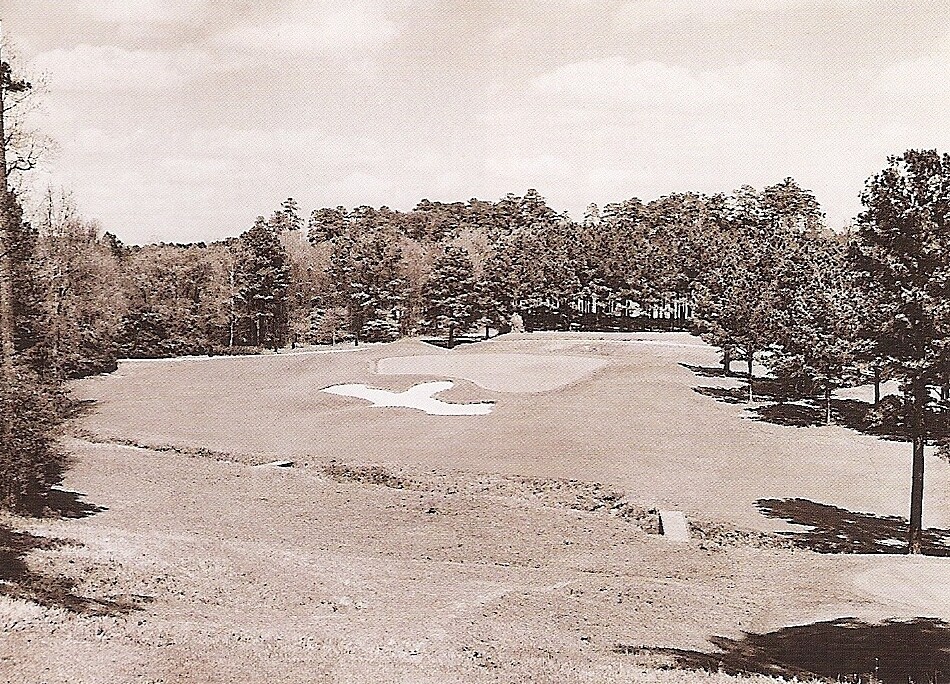 The original layout at Augusta was actually the other way around! The course was reversed as the design layout photograph below shows.

I have also re-added the previous photo I posted of the over head shot and pointed out with arrows and color which green is which on the course as we remember it today on it’s normal routing.
Look at the vast difference in the design of the original greens compared to today. Many greens are really nothing like they were.
7th hole has zero bunkers in the 1934 photo
9 and 18 greens are big horseshoes 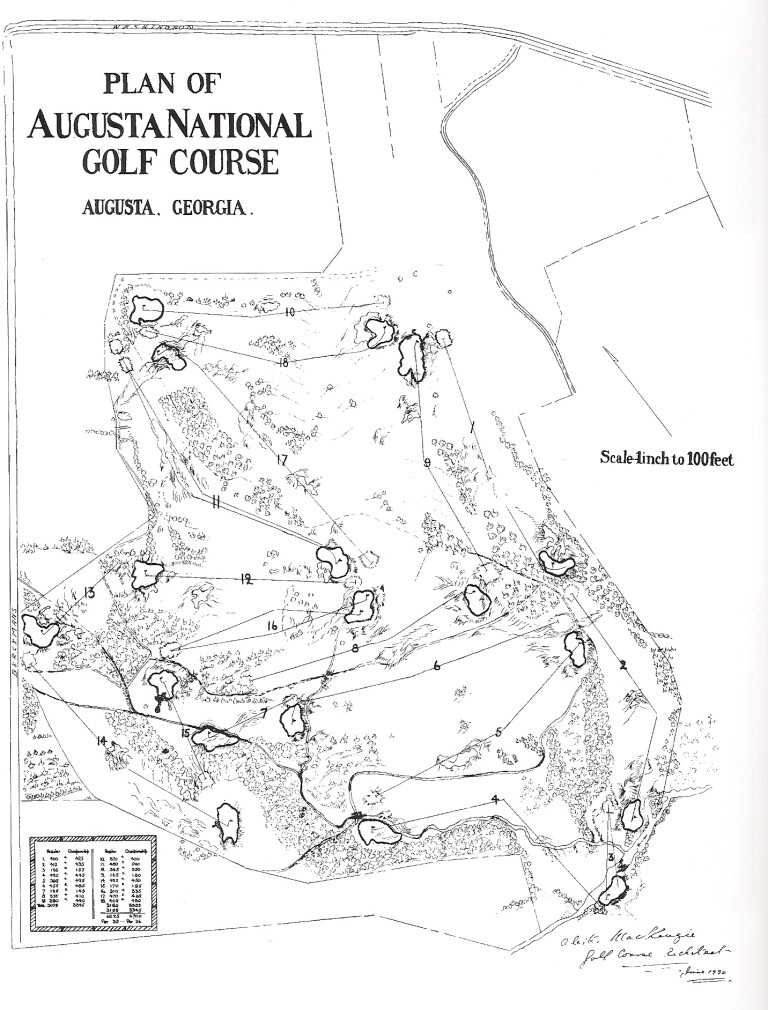 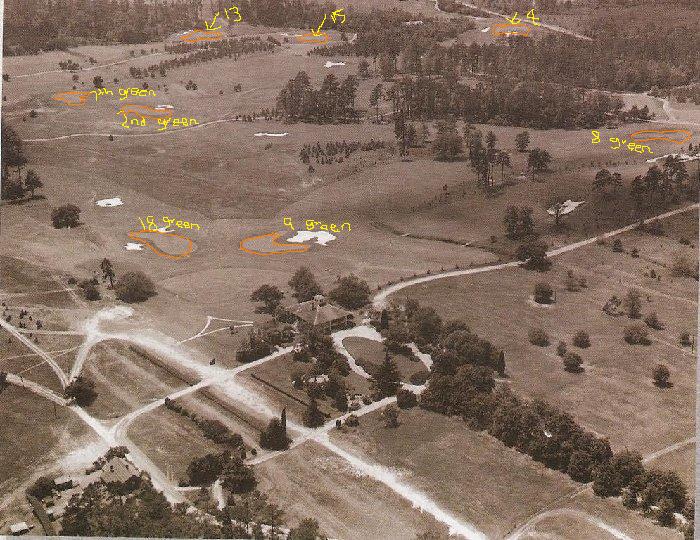 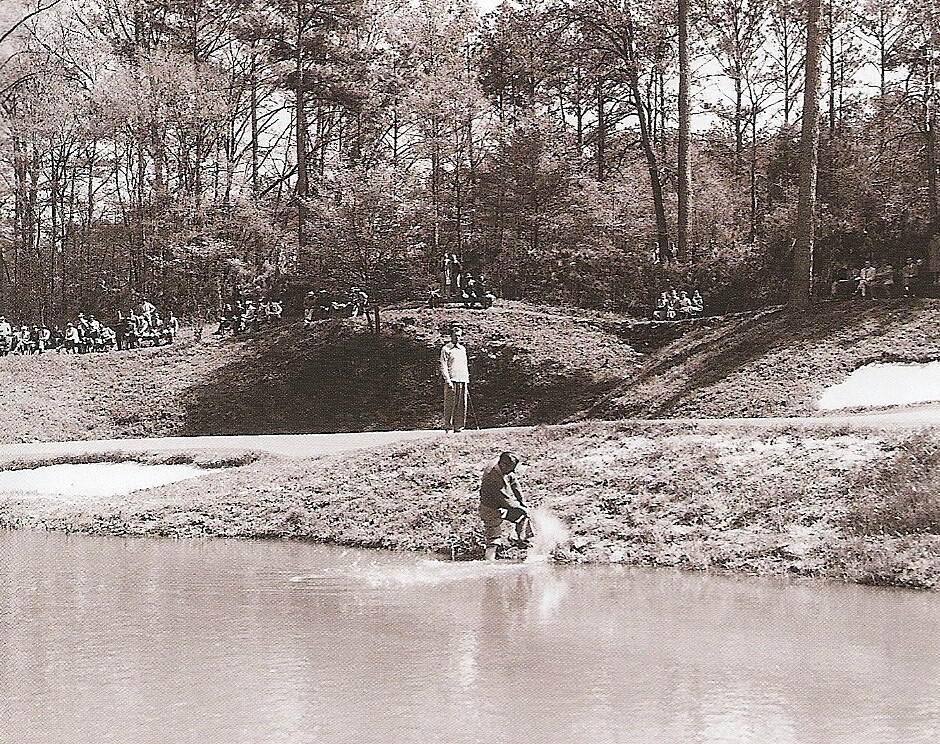 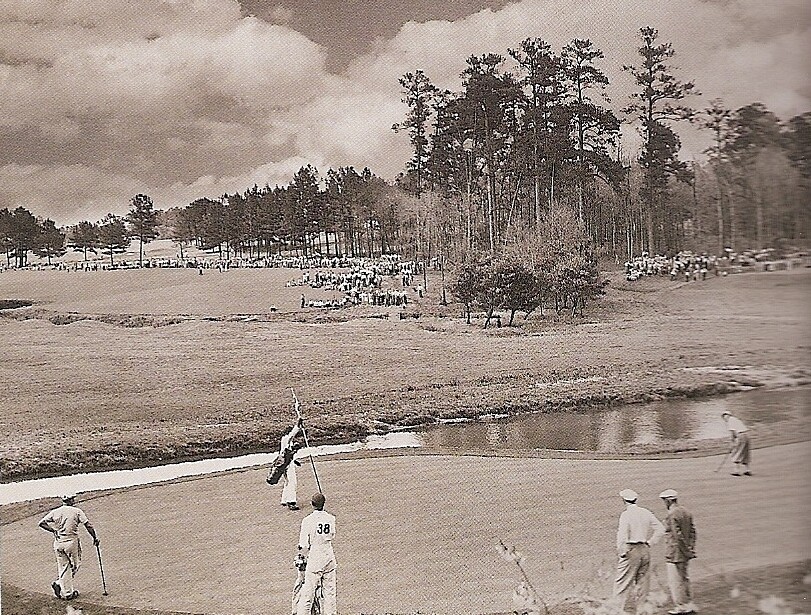 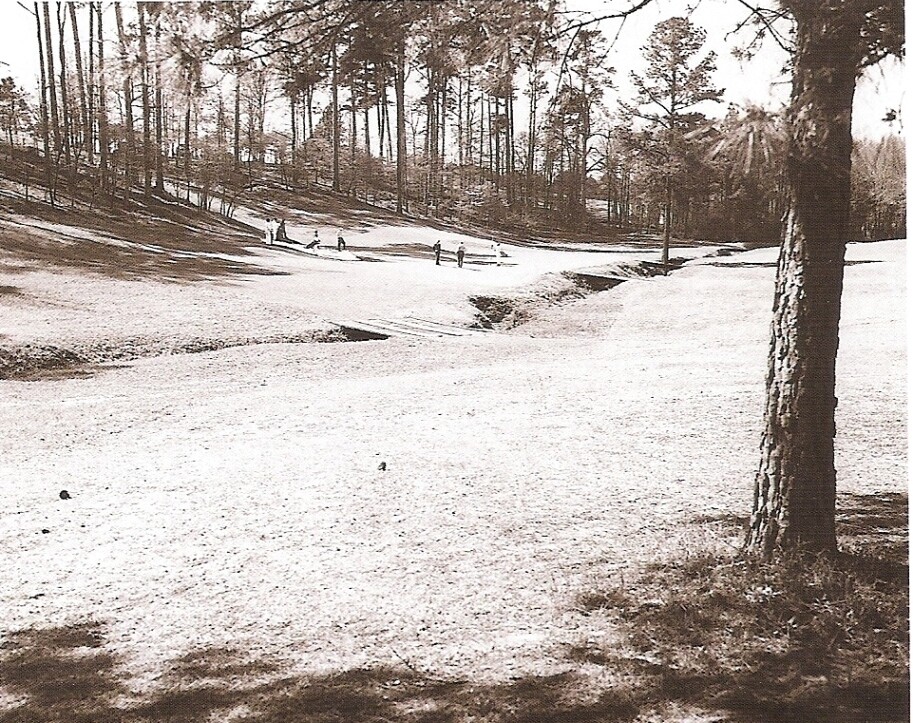 Yes, they swapped the two nines at Augusta because the 1st green (now 10th) would often have frost and delay play.

On the practice days raes creek is brown and muddy just like that photo. There is a person sitting in the trees up near 13 tee who dumps blue dye into the creek every so often to ‘brighten’ things up for televison. The stronger the current the more they have to drop in so it doesn’t wash away too fast
The ponds on 15 and 16 have no creek runoffs and are single entities on their own- so they are dyed and appear blue all the time

Is it too early to say I think that Rory McIlroy has a great chance at Augusta in April?

Hang on, there’s a queue Styles - an Aussie has to win first.

Jack Newton was on tele the other night being interviewed. When asked about the Aussies at the Masters he simply said “Australians simply can’t putt”.

Jack also hammered modern equipment too, said it was ridiculous that the world’s number 1 is 150th or whatever in driving.

Nice article here by Geoff Shackleford looking at the relationship between hole design and features at St Andrews and Augusta:

Interesting to learn that at one stage run up shots were far more prevelant at Augusta than they are now.

No doubt its the fault of frying pan drivers that has stopped that eh?

I just finished reading “The Grand Slam” and its interesting that RT Jones routinely would drive the ball over 300 yards with hickory shafted clubs. He was also one of the last to switch to steel shafted clubs, winning his grand slam with hickories and at the time it was observed that the ‘Haig’ had improved his iron play by switching recently to the new steel shafted clubs.

In another recent article on shackleford.com, they talked about how driving distance hasn’t changes since 2003 on any of the major tours. Geoff also talks about how sad it is that modern courses are being rendered obsolete by today’s equipment - what is interesting is how he concentrates not on frying pan drivers but on the ball.

No doubt its the fault of frying pan drivers that has stopped that eh?

Shacklefords view is stated in the article (i.e) that the prevalence of players using a run up option is caused by “the combination of course changes, equipment advances and softer approaches”. The changes in the way the course has been set up over the past 15 years are surely a reponse to the step change in technology that took place. What % can be allocated to the ball or to the club doesn’t really matter if the overall impact can be put at the door of unchecked equipment advances. I don’t know anyone who really buys the argument that anything but a small portion of the distance gain is player conditioning.

Could you shed real light on the bunkers there…on TV they look almost firm/wet, but bunker shots look like they splash pretty good. What type of bounce did you find works best there…are they deep in terms of amount of sand beneath your feet.
They look fun to play out of…

Medium texture- not soft- not hard… a real nice ‘weight’ of sand to play splashy high shots and longer explosion shots. something that I have seen very few bunkers similar to.
Normally tour bunkers are hard base with little sand or a truckload of sand and you can hardly move the ball out. I think the sand texture and playability is a good reason why in all honesty we see some terrific bunker shots at Augusta for such severe greens. You can spin it well or run it on, and they are actually much deeper than what they appear on TV maybe because of the pure whiteness’ of them.
I am going to go check it out tomorrow, pity I can’t get the camera in for some shots, but it will be fun to go see it again… watch some of the early golf and then go to one of the best seats in the house. The tower at Amen corner with IBF

Well if Two is in the tower, then I might have to watch it now…

Should be an interesting weekend.

what is P’ing me off about augusta is the time of play…5 1/2 hours for a round!!! SSSSSsssslow still i fancy KJ Choi-i may put 50euro on him to get the jacket

Not sure if I heard this on the telecast before or after I posted, but I thought I heard Faldo say the bunkers are “crushed marble.”

Makes sense, I guess, given the marble deposits in Georgia…

I agree x-man - shockingly slow. Forget about talent, I simply wouldn’t have the patience to play pro golf. I was watching someone take a couple of minutes to drop from a sprinkler head out there today.

That kid Matteo through to the next round is really awesome. How did he manage to do it? Must have a nerve of steel or maybe he just played without too much expectation or both. 16 years old wonder…