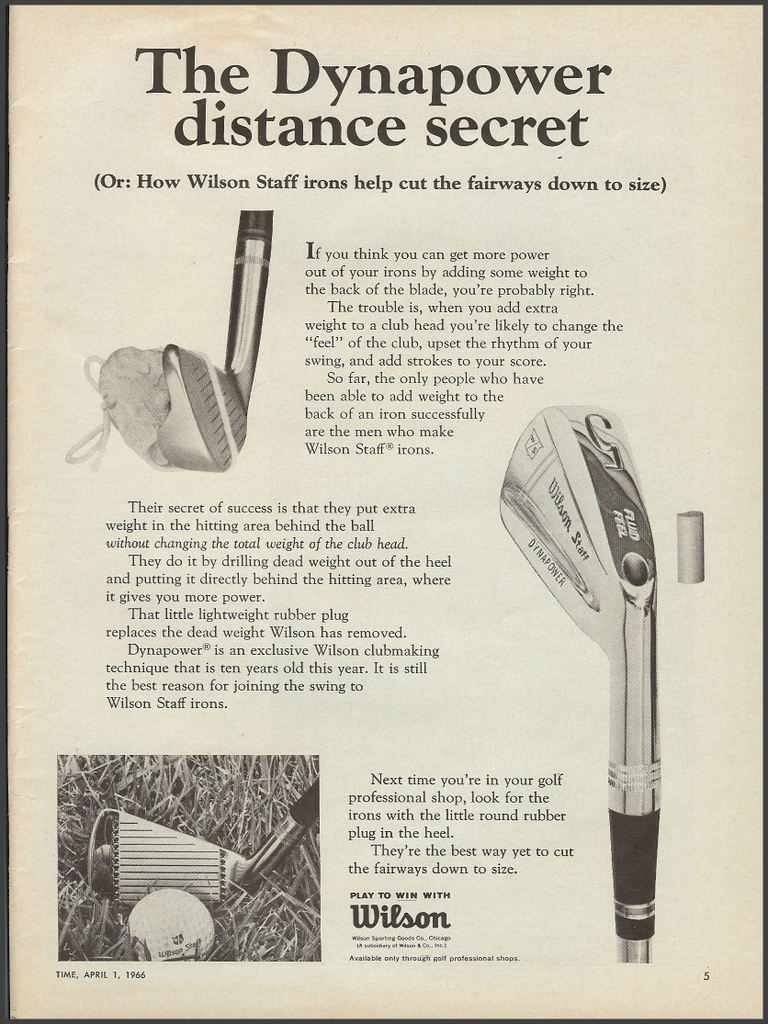 ) feel fantastic when you hit the sweet spot. I love the talk about putting the extra weight behind the sweetspot rather than distributed to the perimeter. I’m look forward to trying some other dyna’s from the late 50’s and early 70’s one day in the not two distant future.

99p- for a set of Dyna’s
how much is a can of coca cola?- probably more than that over there Arnie- and whilst the coke is enjoyable the sensation won’t last nearly as long as the joy of the Dynas
I got ripped off- my Dynas cost me about US$40- but I did have to reshaft them too which added some more!
Only problem with mine is they were re chromed and sold as heads only- and I think they re grooved the them and stuck square grooves in and they are not the original groove shape or depth
I may hunt for some more, especially if they cost me 99p

The 66 Dynas… still a great set by any standard. 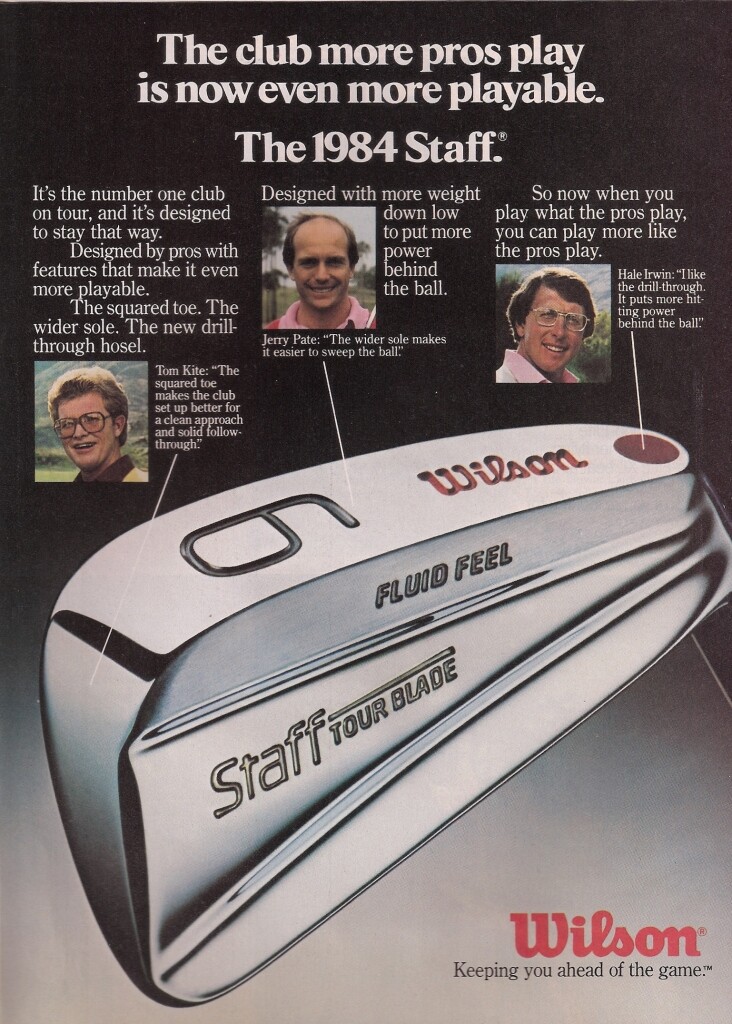 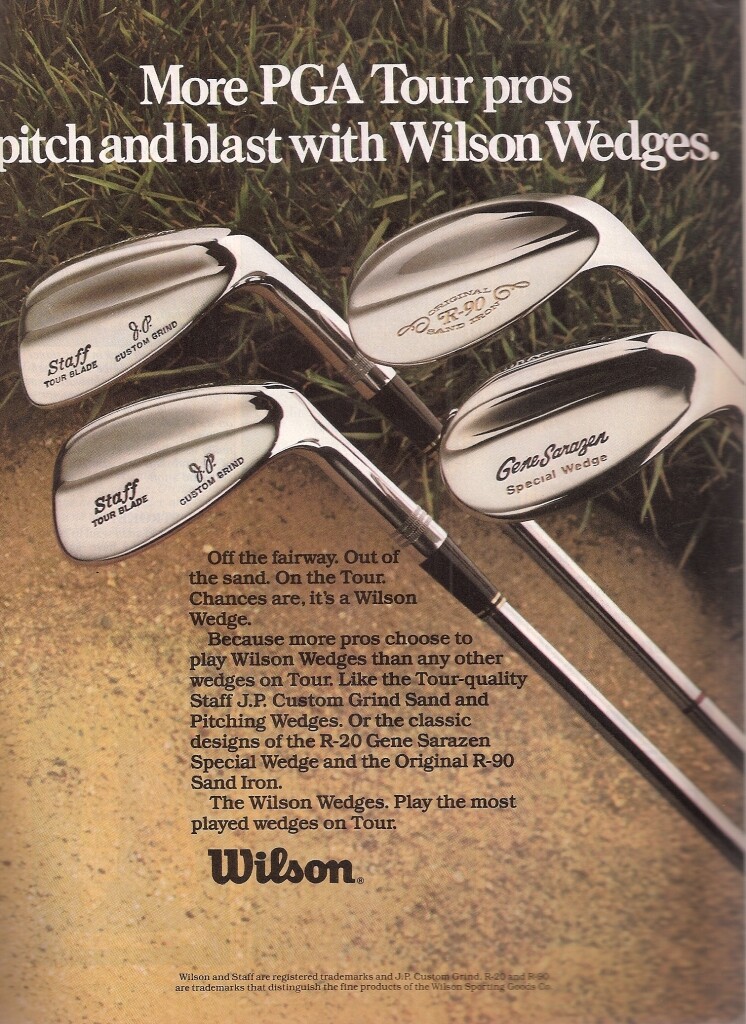 I am addicted to Wilson Staff clubs. I grew up on a set of '68’s…I now have 18 sets of Dyna’s and Staff Tour Blades. Everytime a good deal comes along,I swipe them up if I can.

I like Tom Kite’s Kim Jong Il glasses in that ad.