What's Been Your Favorite Club Ever?

Just wondering what everyone’s favorite ever club has been?
I know I used a 3 wood for about 7 years . It was a Founders 14 degree fairway wood that had a small head and some blue graphite shaft in it that had no markings. It went great day in and day out and I never felt like changing it out for another.
I had the shaft checked once in an attempt to try and get something similar made up as a replacement and they told me it had a frequency of 9.2 !! and was about the stiffest shaft they had ever seen and doubted they could find anything similar to match it.
I still have it but don’t use it as the face grooves really wore out and the shaft lost a little over the years

What’s been your lucky, favorite, best club you have had?

This is a little bit of a cheat as I have only had this club for 2 months but I have fallen in love with this refinished 1955 MacGregor M85W that my friend Freddiec (thanks Fred if your out there!) helped me bring in from the States. Initially I thought I would play maybe a few holes with it and a balata ball but probably keep an 80’s persimmon in the bag most of the time. That just showed my ignorance. Every time I used it I seemed to find far more fairways than I missed so its now in the bag simply on merit rather than any nostalgia. I use it with the old Maxfli Revolution Multilayer 90 ball which is the nicest balata alternative I have found and i don’t really feel like I am giving up much distance on the modern ball. I have heard it said that the persimmon used in the 50’s was often better than that used later but I have no idea whether that is true. Anyway here are some pics. Playing golf with these clubs can bea really joyful experience when its things are going well 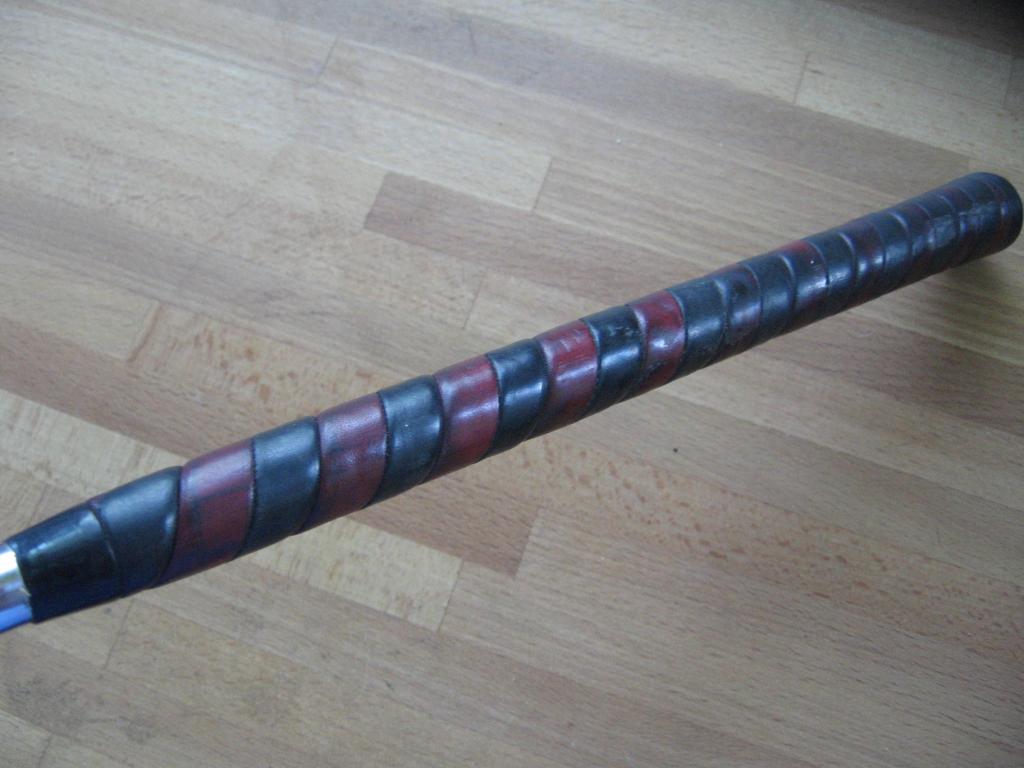 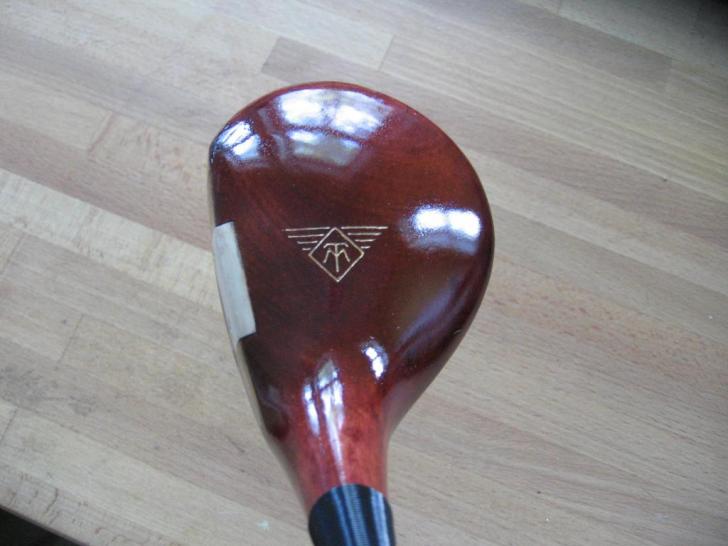 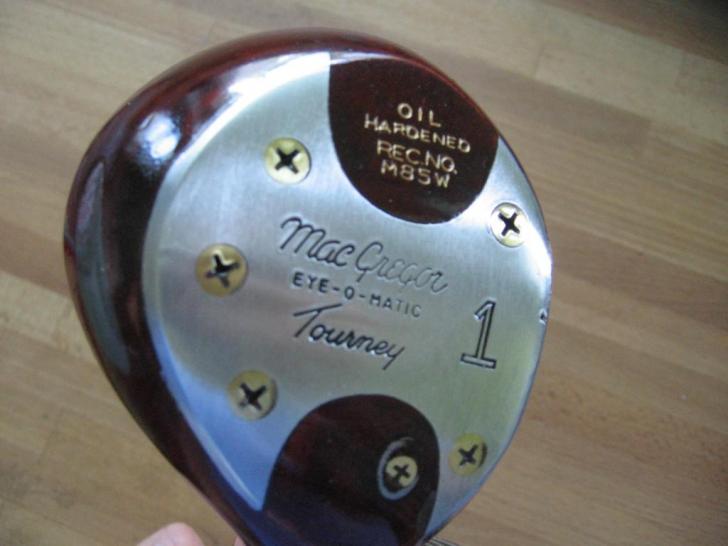 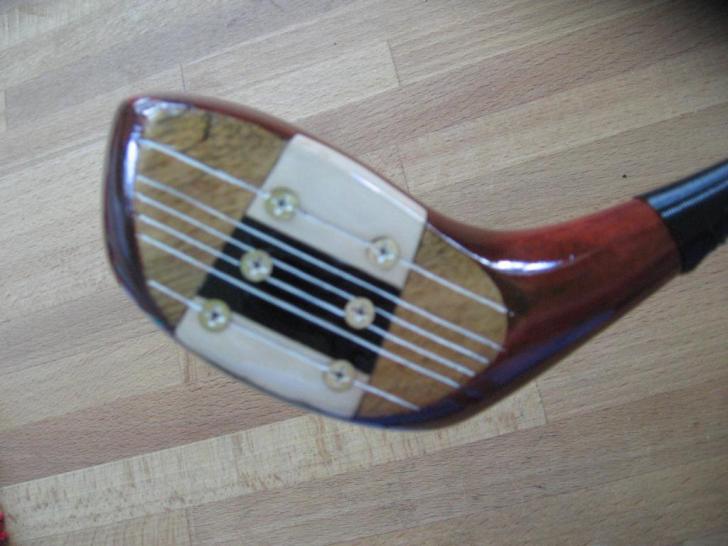 Arnie,
Your welcome. We have had fun finding stuff together for you and for me!

I purchased a set of M85Ws from a Gentleman last winter (A senior PGA Club pro was selling a big collection). They are all original (grips, shafts, ect). This M85 set is really a special set. The original owner of these clubs has name bands still on the shafts. He was a pal of Tom Watson’s dad and a very accomplished amateur player. Golf Digest said he has one of the best swings from the players in his area. That gives me a bit of inspiration everytime I play it. The driver on this set really sits very square and its got a nice chunky head on it. I love this driver. Its got a swing weight of exactly D2 and weights about 13 and 1/4th ounces. Its really the perfect driver for me. And it got that super solid Mac Persimmon feel. I’m not completely crazy about the color of the head and thought I’d have my friend John refinish, it but don’t think I’ll alter it in any way. The club is flawless. 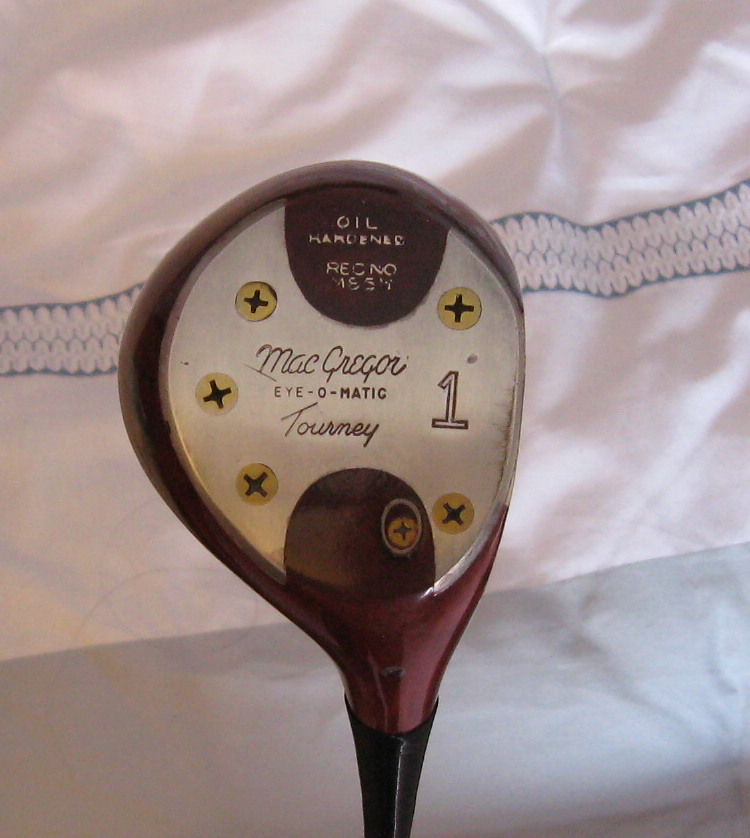 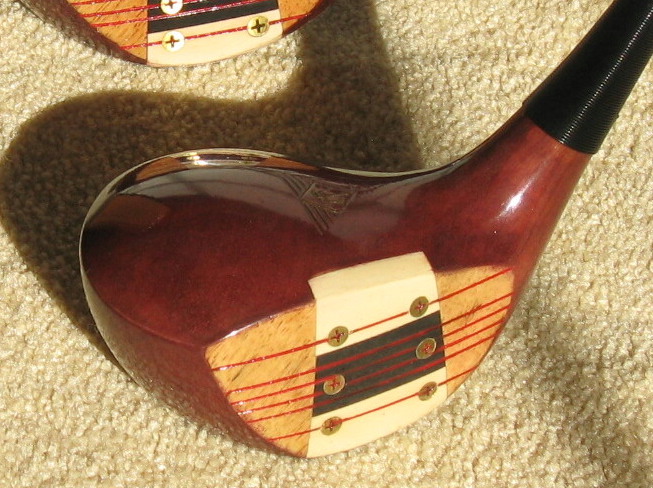 My Maxfli 7 iron (Pro Special) we had a special relationship for a while! 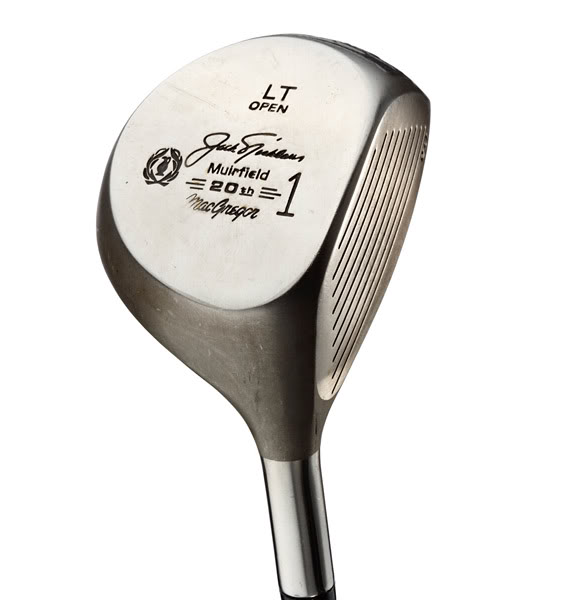 I had the ‘straight’ version. Used to hit this club so well and so straight. I also could hit it off the deck with ease. My current driver (Cleveland Hi-Bore XLS) I can hit off the deck pretty well which makes it a weapon on longer par-5’s, but the Cleveland I now hit too high of the tee. Didn’t worry about it with the Muirfield driver. Hit that perfect height. Used to have people that couldn’t believe how straight I could hit the ball even into a heavy crosswind.

Toss up between my big bertha 2 iron and my Tom Watson Cobalt 58 degree wedge.

Tough decision on both of them, The cally is in the bag just now but the Ram isn’t. Guess I’ll have to with the Cally.

This Ben Hogan Apex Pro Edge SW. I used to play it and could dial pretty well anything from 90 metre out. I don’t know why I took it out of the bag, possibly just to make room for the full set of new technology Racs…
It was my only club with stiff shaft and it is quite heavy, probably a good combination it seems. 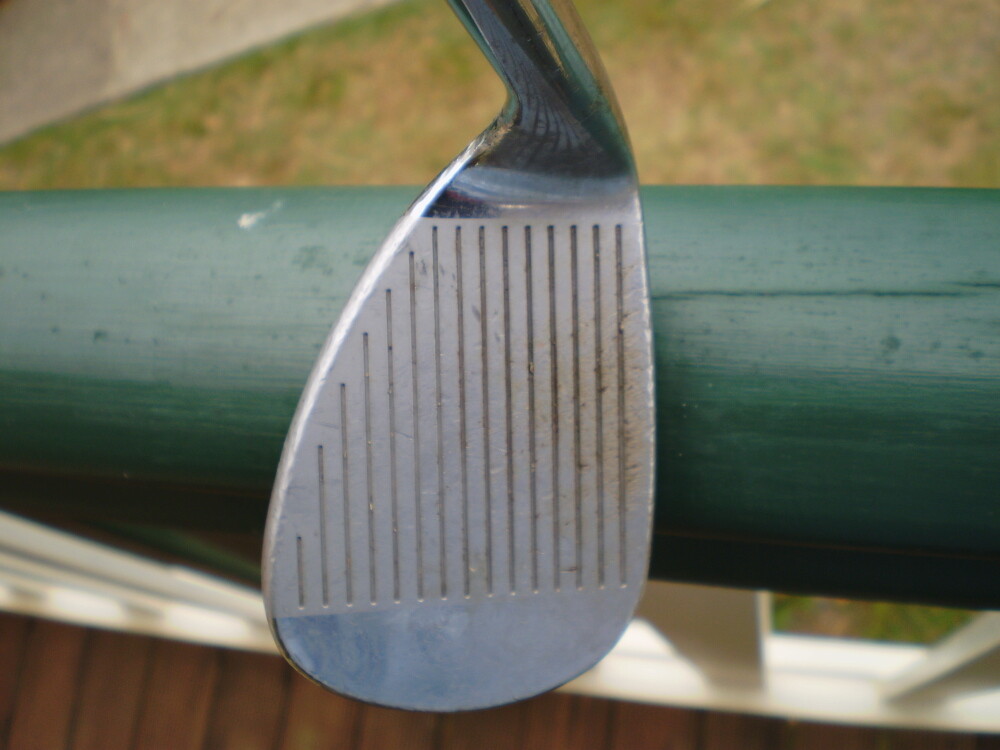 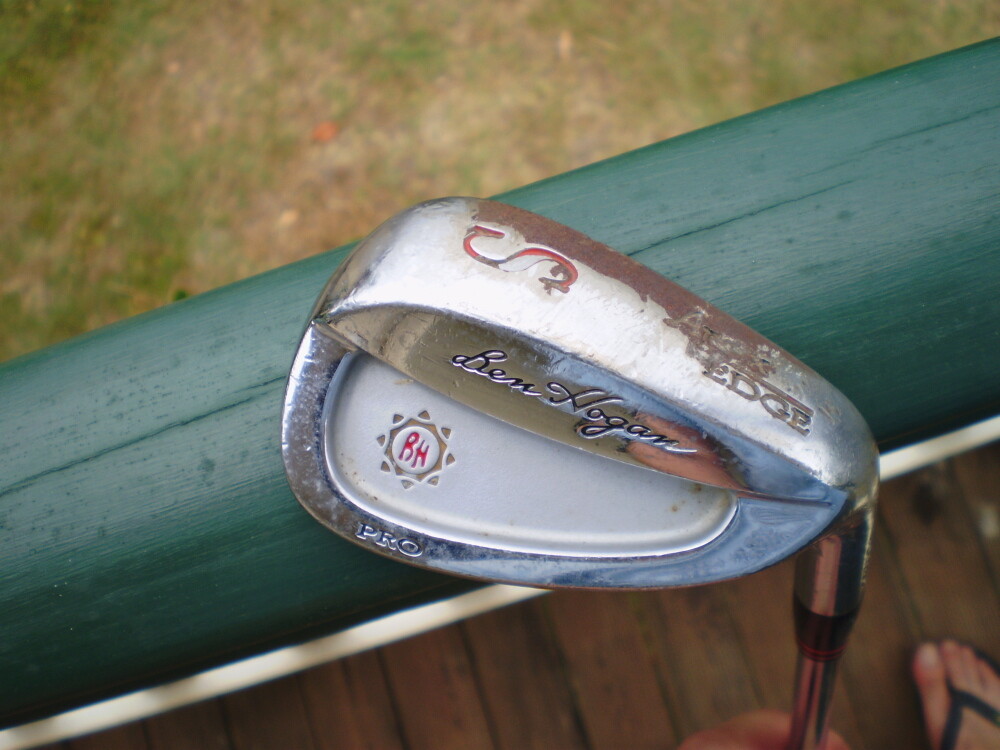 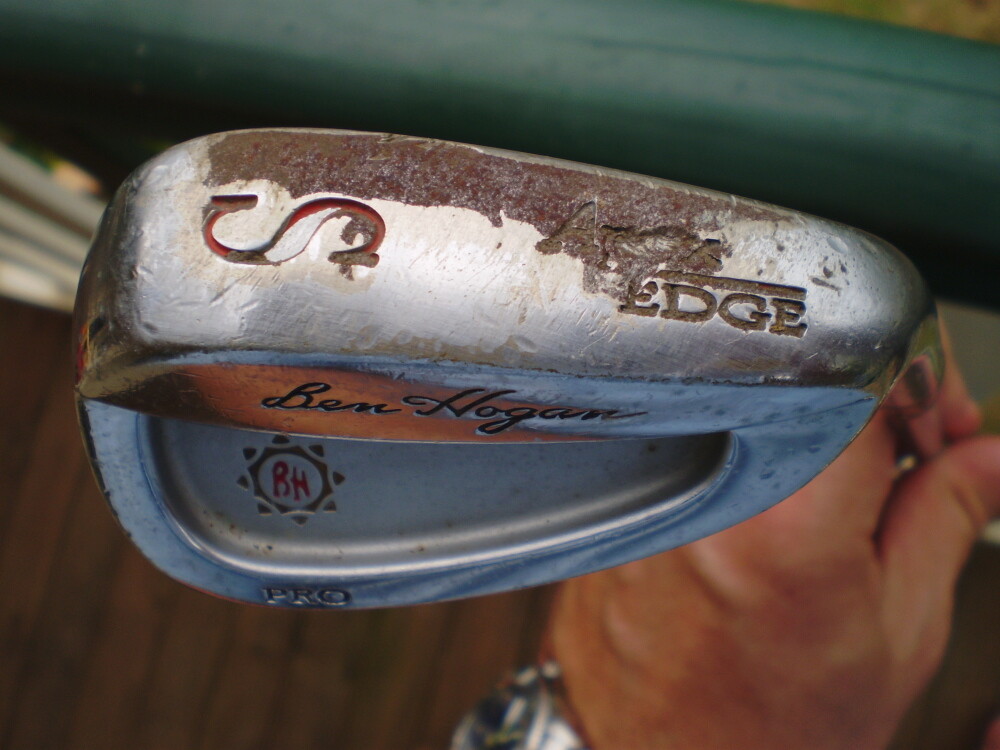 where did you play that wedge at Pippolo? The Nullabor Plain? or The Hume Hwy?

where did you play that wedge at Pippolo? The Nullabor Plain? or The Hume Hwy?

No Hume Hwy, I bought it second hand already with some dents and scratches but I ground it a bit and it rusted on the sole.

lol… we can call it the “Pippolo Grind”!

Isn’t it amazing how you use a certain club over a few seasons and then you look at it closely one day and it’s like “where the hell did all that metal go?!”

I love this thing—sand or short fairway stuff… 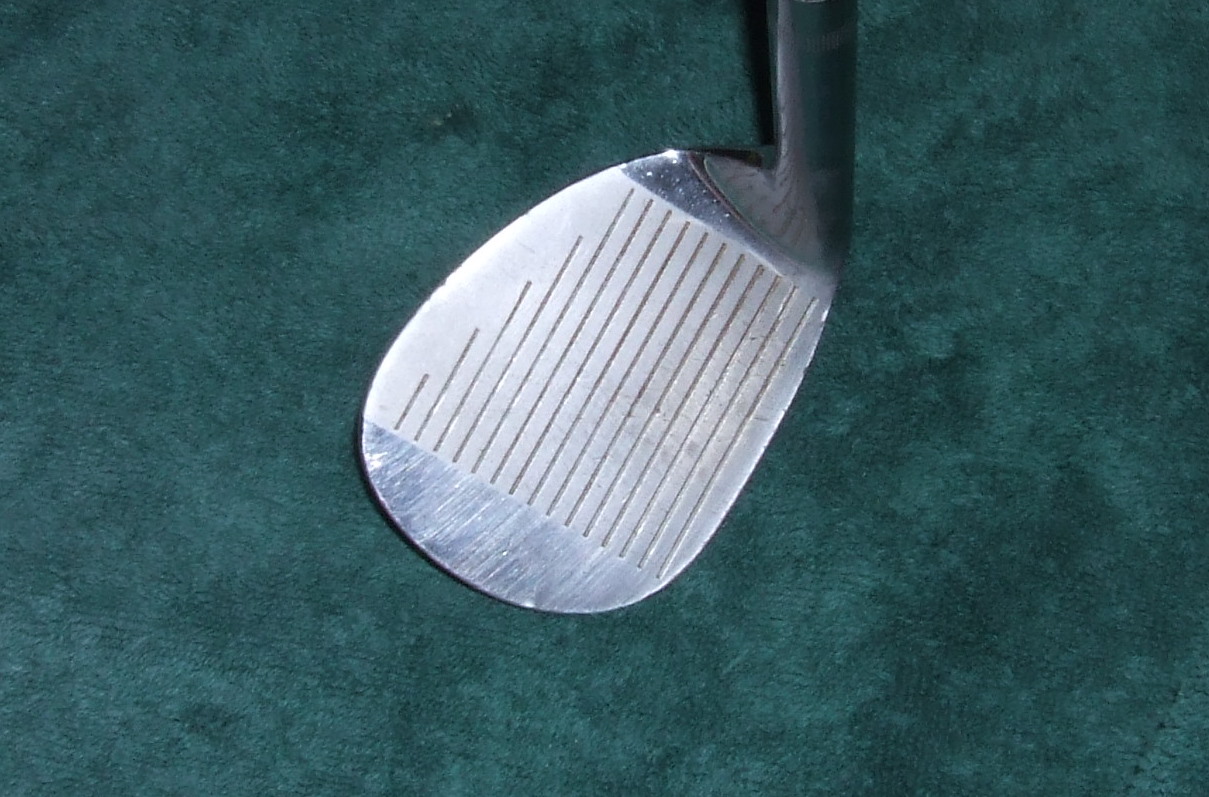 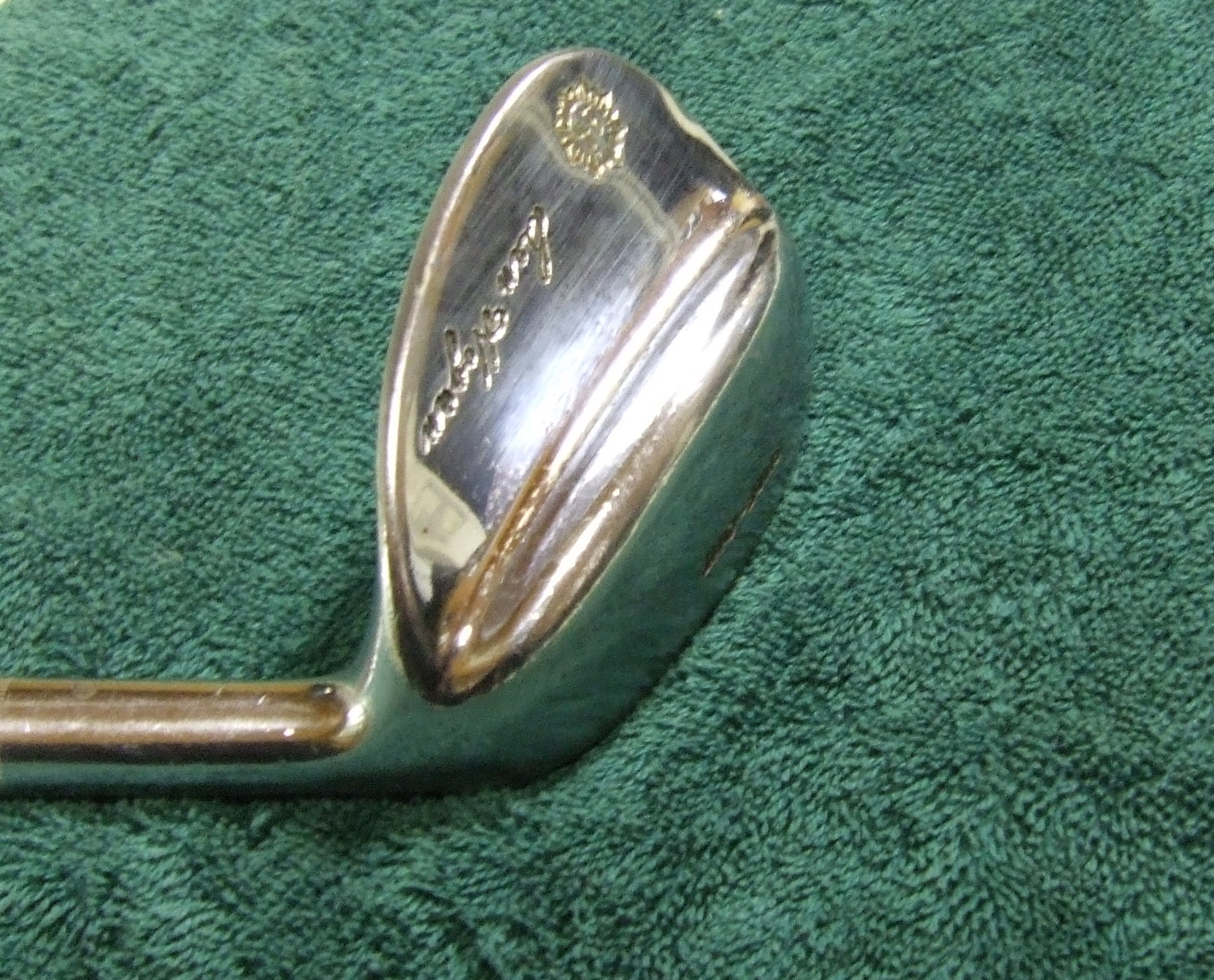 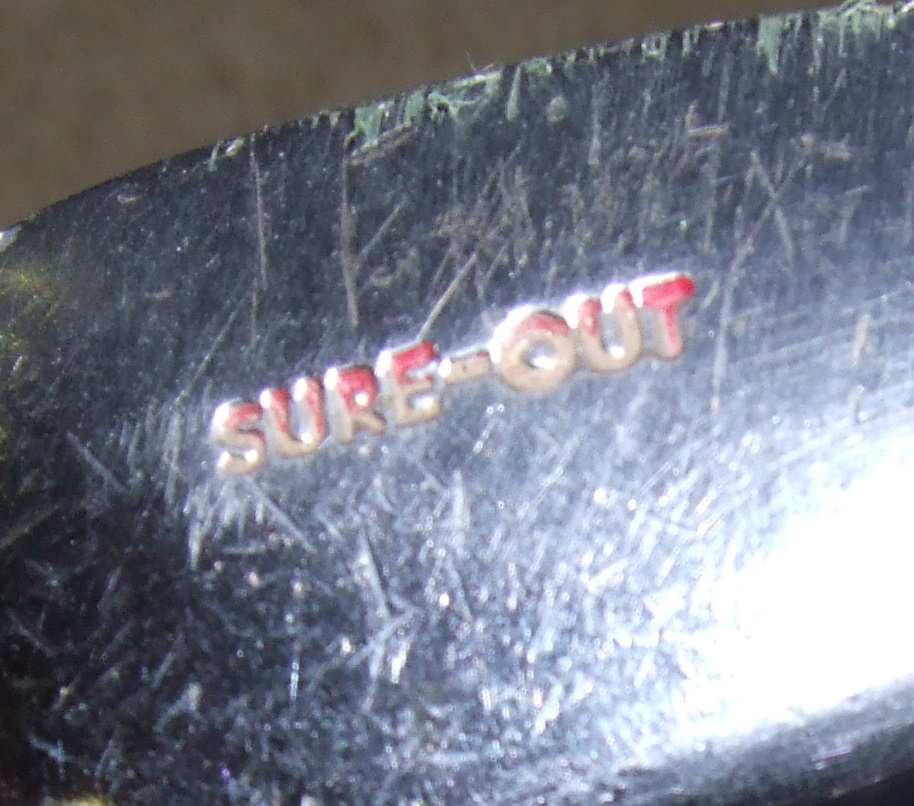 Any 34" Old Standard Bullseye w/original leather grip (somebody buy this one before I do, I’ve got like 4; somewhere…)