This has not a whole lot to do with ABS, maybe some but I saw the Golf Channel 30 min Jim MacLean I’m gonna tell you about guys who can really play and prove again and again I have no clue what the hell I’m doing or talking about Bio of Ken Venturi. Most of it was almost unwatchable as it was MacLean stammering through cue cards that didn’t mean anything but he happened to stumble onto something very cool that I had totally forgotten about: Kenny’s chipping method. It was a cover piece I think for GD like a million years ago and it’s the simplest and easiest way of chipping ever. All you do is set the club behind the ball and rotate the body (mostly shoulders but not all) back and through while freezing the arms and wrists like they’re in plaster casts. You can kinda hook it to make it run by kicking the right knee a little or not and use any club to do it. I was doing it today and boy did I do it a lot because I think I missed every green. It’s genius and literally impossible to screw it up. I used to chip kinda like this when I was a kid until I decided that I had to get handsy and spin it more. I’m going to use this method a ton from now on, especially in bad conditions like now because the lie doesn’t matter for the most part. It’s so easy it’s ridiculous and with a wedge you can make it land pretty soft too and stop nice. Why I haven’t been doing this my whole life is beyond me. Thank you again Kenny.

Part 1 of 3. I’m not sure which part has the chipping section, but the other 2 episodes are off to the right. Also interviews with Henry “Lighthorse” Cooper, Jackie Burke, Harvey Penick, Gene Sarazen, etc.

If I recall correctly, I also have an old video tape (or two/three) of Ken Venturi golf instruction. It was done by the people who made those awful Mastergrip gloves years ago. The tapes were quite good and even though Kenny was up there in age, he was excellent with his short game instruction. The long game stuff was a little esoteric for my tastes as he was saying to just make the small swing bigger. 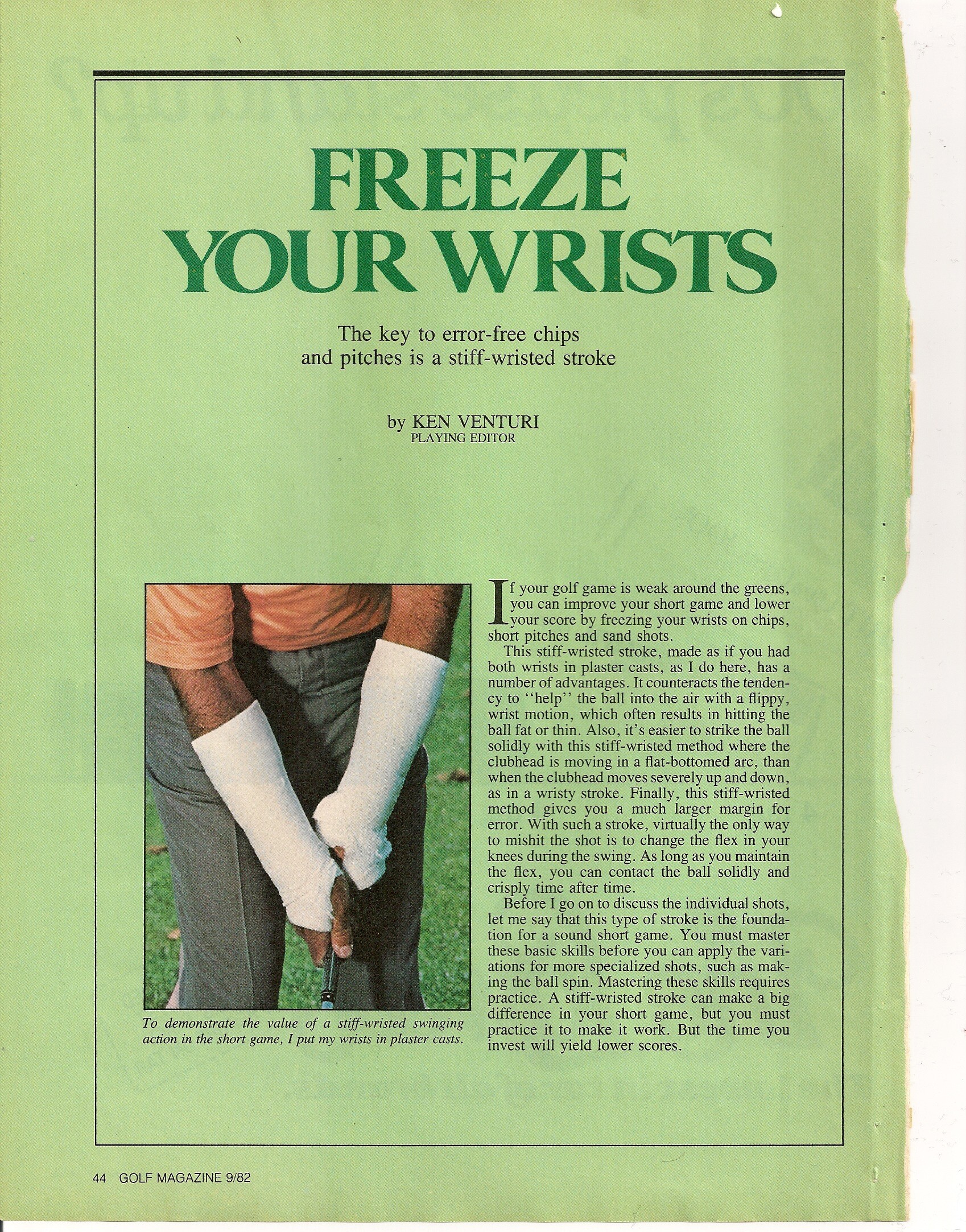