I bought these a couple of years ago for next to nothing. They are Slazenger Ben Hogan “Swingweight Plus” irons, 2 iron thru Equalizer and Exploder and matching putter. I’d pick the vintage as being late 1950s-early 1960s as they have the TT “Rocket” shafts and the head design looks like it’s modelled on the Hogan “Precision”. As I understand it, Slazenger made Hogan and other clubs under licence for non-US markets. I’m guessing these ones were either made for or in New Zealand, based on the serial number which is NZ 00089 (I’m in NZ and got the clubs locally).

Have only just got around to measuring the dead weight and swing weight.

So yes, I think the “Swingweight Plus” name is justified!

Also, note the length of the hosels and the location of the grooves in relation to the heel and toe - sweet spot obviously a lot closer to the heel than modern clubs. 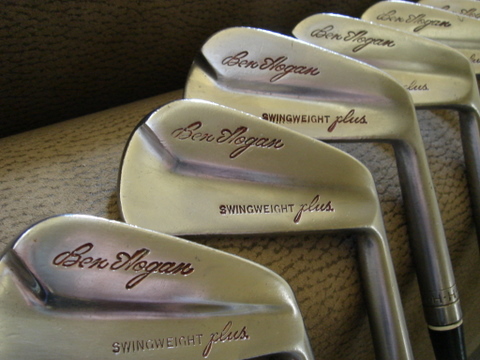 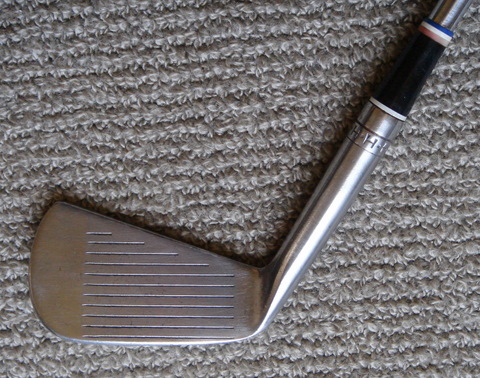 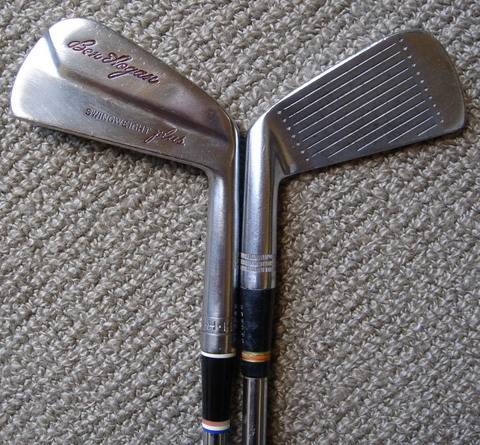 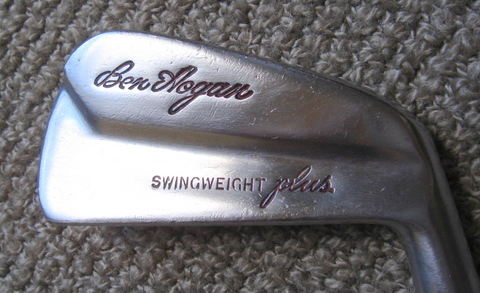 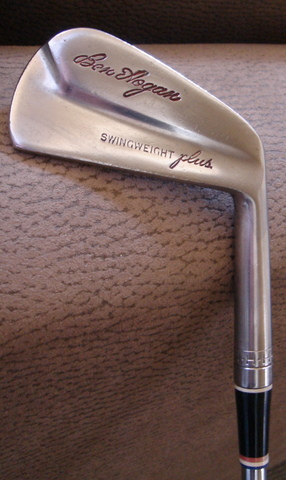 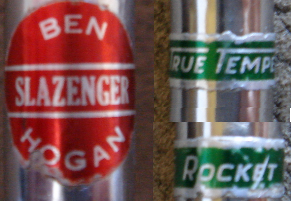 Don’t have to weight them or reshaft them. Don’t have to remove offset… You may not even need to flatten them.
The heads look amazing. How are the grips?

Lag: grips are red & black leather wraps in reasonably nice shape. Very usable, just a little dry. They were pretty dirty and aged when I got them so it took a bit of cleaning to get them to where they are now. What do you use on old leather grips to keep them nice and moist/tacky?

Lie angles could probably be a bit flatter. Not as flat as my regular set which I had done recently. The 5 iron is at 57 degrees (best as I can tell).

Also, the side by side pic is next to a 1967 Dyna-Power 5 iron - gives you a good idea as to the length of the hosels compared to other clubs.