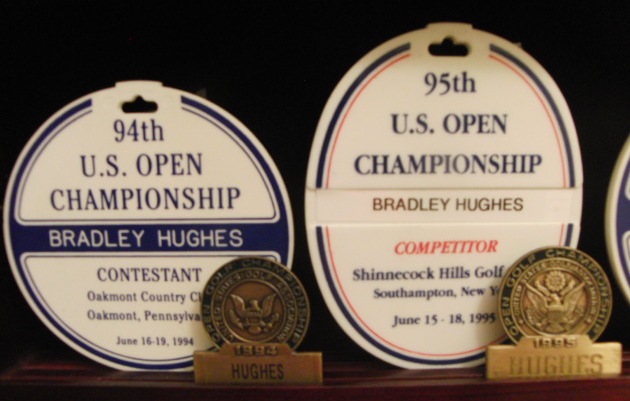 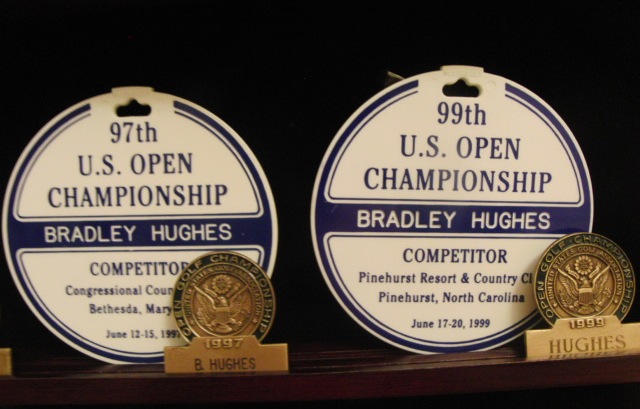 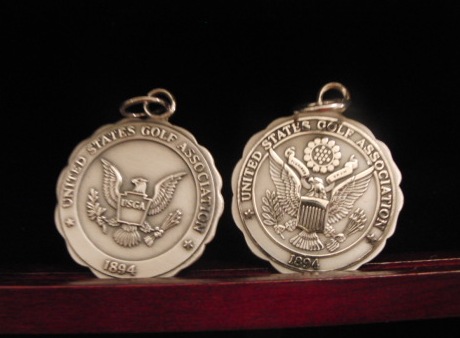 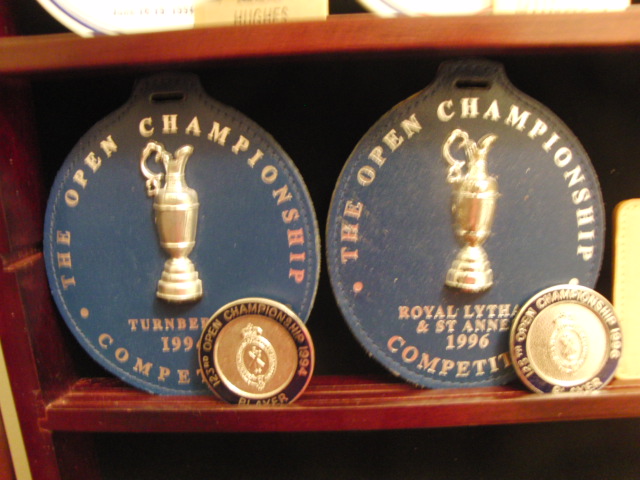 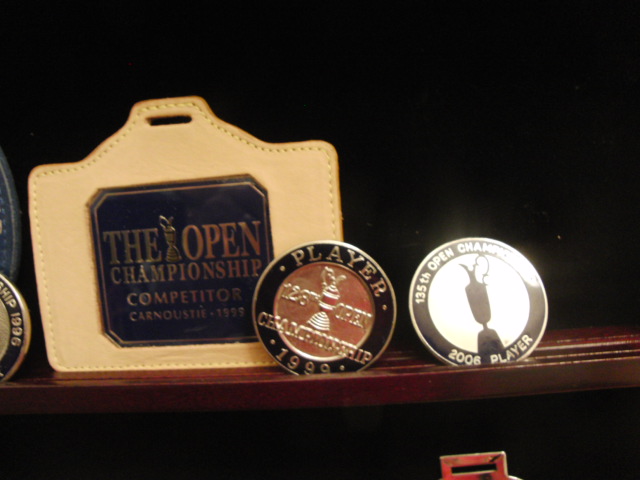 And also my player badge from 1999 PGA Championship at Medinah CC near Chicago- the one famous for Sergio jumping up the fairway after his shot from behind the tree on 16th hole of the final day. 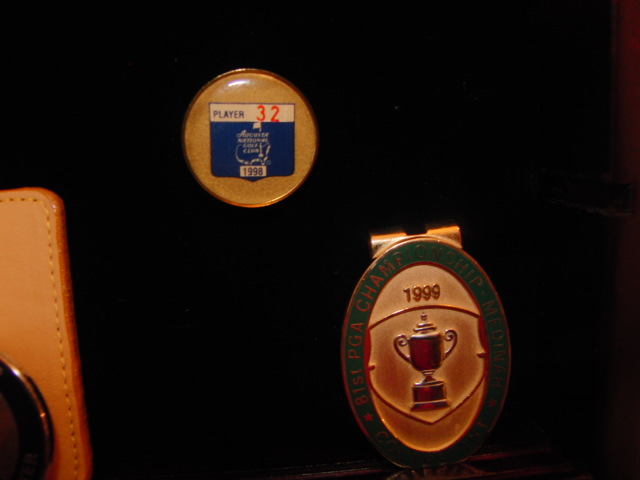 The World Series of Golf at Firestone CC in Akron, Ohio…this used to be an event for certain tournament winners of events throughout the season. I received my invitation for winning The Australian masters in 1993 and 1998. Great course, great tournament. Approximately 45 players the years I played…no cut.
I think I came 19th in 1993 and about 27th in 1998

1993 badge has a glue issue with the badge and needs some cleaning of extra materials that have stuck to it. 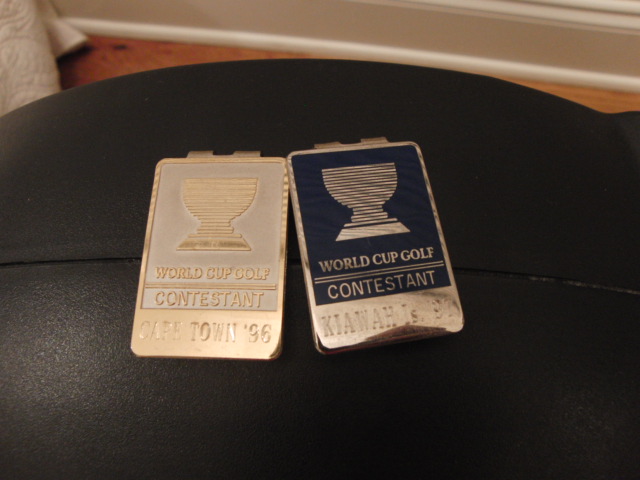 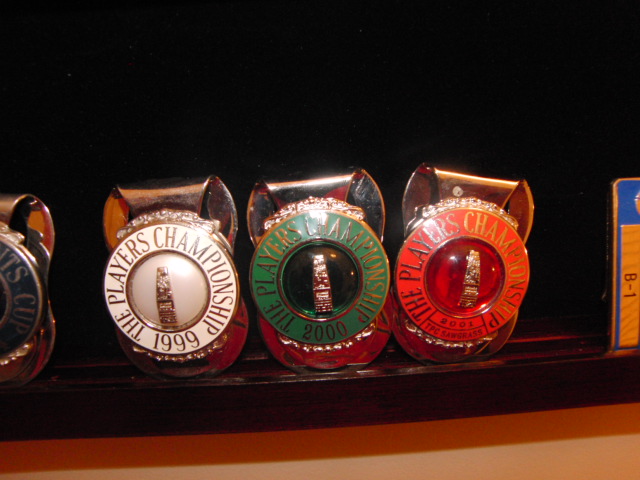 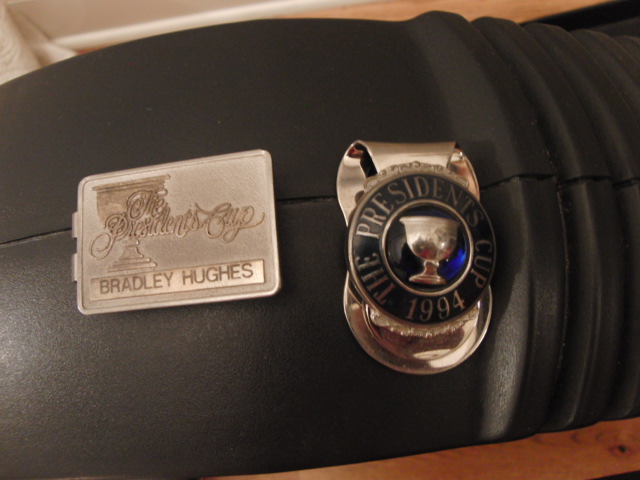 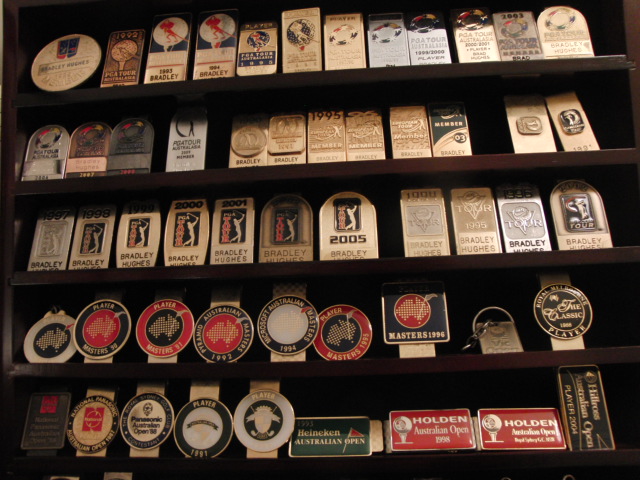 Now there’s a guy with credentials!

Where/how do you suppose the whole “money clip thing” started? I think it’s a great tradition and the Texas Golf Association (who runs all the major amateur events in the state) does the same.

I don’t have many $-clips but this one is from the 2007 State Amateur that I managed to qualify for. My claim to fame was being paired with Johnatton Vegas (Johnny Vegas as he’s now been nicknamed on tour) in round 1. He had just graduated from the Univ of Texas and I was one of the older players in the field. He hit it 70 by me all day but I somehow managed to stay within a shot or 2 of him score-wise in that round. I missed the cut but it’s fun to see him on TV now. 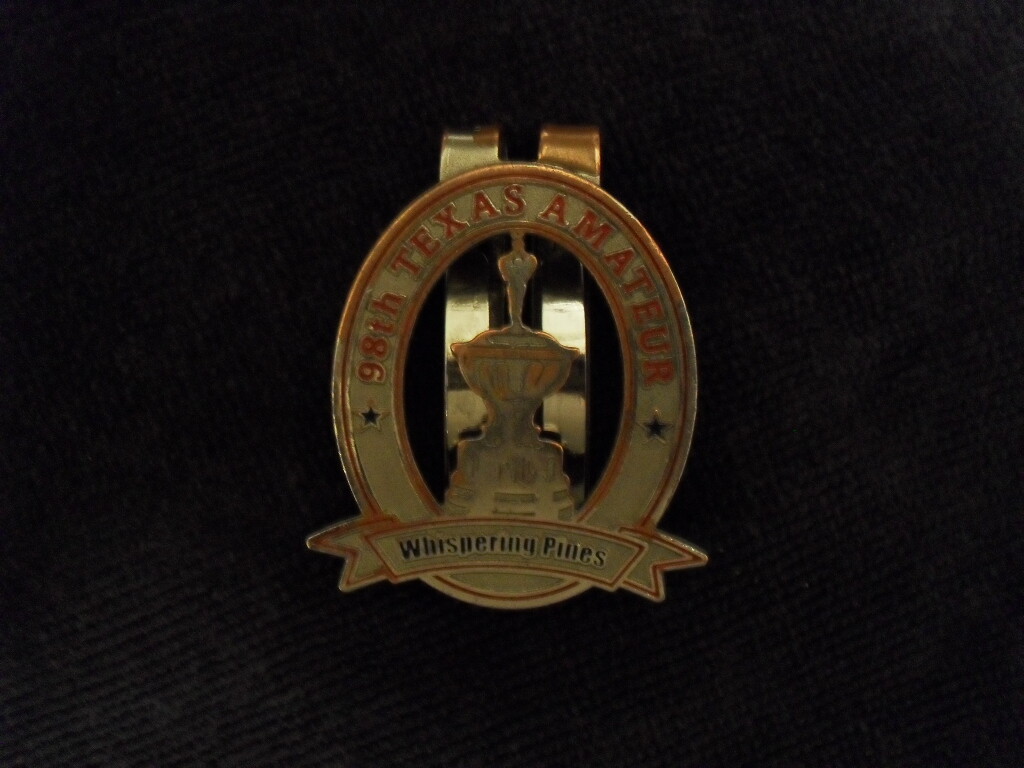 Robbo- I think they are so easy to use for identification purposes at tournaments…just clip it on your belt and the officials know you are good to go anyhow on site once through the gate. Plus they do look like nice mementos to have.

Unfortunately in about 2004? or so the PGA tour decided they needed photo id’s for all players and family because of an orange terror alert or some crazy idea…then they went to large photo ID wallet type member card or one that hangs around your neck on a cord…I hated those because you would always leave them in your bag and go to walk inside the clubhouse or locker room and then you didn’t have it on and would be cursing while you had to track down your caddie to retrieve it from your bag…the money clip just hooked on your belt and you had it at all times…way too easy but they messed that up for some reason all in the name of extra security. 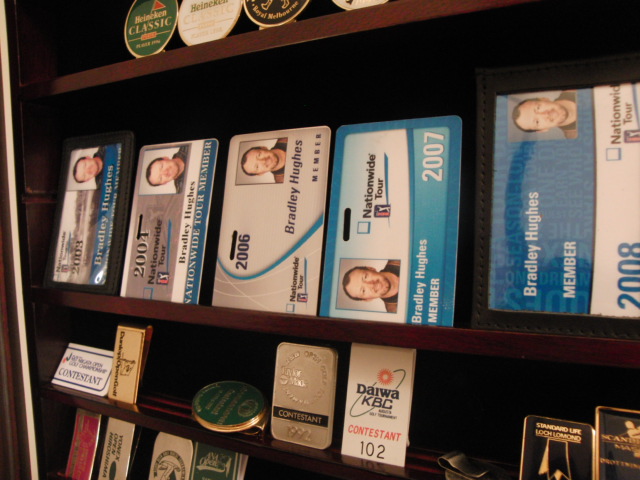