Here is a video from Fry’s. Tiger with a 5 iron. What strikes me immediately is how much he has narrowed his stance. I am guessing this was done because of this knee and angle issues, but that is just a guess. What do you guys think of his new action? Something just doesn’t look “right” to me about it. Apparently, Foley isn’t teaching him to retain knee flex.

I guess this is what Tiger is trying to do:

I know everyone thinks Hunter has a great swing, but I see dead hands and no ground pressures at all. Looks like he is trying have lots of shoulder tilt but no hip tilt.

Range Rat you are right, but I think the “theory” of the Foley swing as I watch this is to have the butt of the club always seek center, which appears to be at the small of the back. I am sure Foley sees the swing as a circle with a hub, and that is also why he is working to keep the hips level. To me this is an example of theory not taking into account how we are made as humans. ABS, on the other hand, is all about how to swing the club based on our anatomy. I guess that is one of the reasons I like it so much.

You really think SF doesn’t know we are humans? lol.

He doesn’t have a “theory” per se. He has cursory knowledge of some morad principals, but he doesn’t teach the same swing to every student. I’m not a SF apologist, but posts like ^ make me laugh.

This is like Mozart learning how to play chopsticks 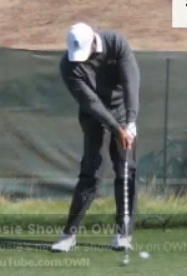 If the tour tested the players with proper golf courses and gear, you wouldn’t see these kind of swings.

It’s the shoes! He’s freaking me out with those shoes, he looks like a mall-walker. He’s still injured and he’s not telling anyone. He’s hiding as much of it as he can. I wish I was wrong, but I don’t think I am. That 62 at Medalist meant nothing.

I think what we see in these videos is a swing in transistion between his old and hopefully soon new swing. When he comes down he seems too steep for what he is trying to accomplish and therefor has these “mishaps” and a lot of adjustments going on. Actually i wouldnt be all that suprised if we´d see him flattening out his swing a bit more (maybe he is even going 6° flat with his gear

But in general i´d say he is going clearly with a more centralized pivot, more rotational motion, and as i pointed out in another thread, with a different release with a bit more of a stable clubface imo?

Any steeper and dumpier and he’ll either be on his toes, or giving a new meaning to The China Syndrome. 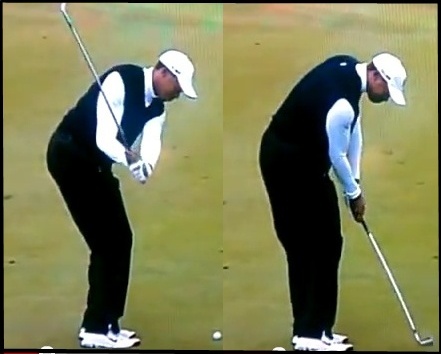 I Watched all of Fry’s over the weekend (have no idea how people did this before DVRs):

-Tiger is bobbing more than ever now. Calculating from video I would venture it is in the area of 6 or more inches! Everyone here knows the head drop is a ‘power move’ that pretty much can’t be avoided in great golf swings and every great striker does it in varying degrees. Tiger, under Hank, started to go beyond what the greats ever did BUT currently the worst I have ever seen. Weren’t they supposed to be working on eliminating this from Tiger? It is amazing he can strike it as good as he does with his irons at times considering the timing element this drastic move causes.

-Had Tiger had better performance out of sand and around the green as well as sunk a few of those close birdie putts that used to be AUTOMATIC for him, he would have WON this event. Despite his below 50% fairways. It was his short game that failed him this weekend (and other times this past year as well) as it isn’t all his full swing. Sure he is not where he wants to be with his irons, but to me, it looked good enough this past weekend to where I don’t think it was what failed him. He stuck plenty of nice approach shots, many times from trouble because of his driver. But his chipping/putting looks slightly worse than tour average to me at this point still.

-It is AMAZING to me how good of a “golfer” he is even when at a low point of his career. I mean ability to still score. Had any one of us drive the ball like he does but on our typical public courses we’d shoot 200. To shoot -7 while only finding fairway less than 50% of time, and from where they usually end up, is BETTER than what any other PGA pro could do, imo. And again even his iron shots had some poor misses (sailed a 178y par 3 green into tall rough on Saturday for example yet he STILL only made a boogie) but he was within range of leaders.

-Tiger is injured still and just not letting on in my opinion.

-What happened to his PR blast of promising a change? He still radically throws his clubs, cusses a lot, spits luggies and acts like a spoiled egotistical “i’m too good to talk to you minions” brat. Any attempt to be friendly by him looks strenuous.

-He looks to finally be comfortable with Foley’s concepts and appears to be coming along great at times with flashes of brilliance at Chevron, Masters and Fry’s. But the stone cold confidence and relaxed domination is gone. Too much mental baggage it appears. Like he’d rather not be there but has too.

-I don’t see him winning in 2012 either. Too much to sort out. He’ll contend because he is that darned good, but he is too shaky. Also as much as I disagree with myself even saying this because I know Jack won one at 46 years old, Tiger will NOT win another Major at this point. Unless he suddenly a)magically fully heals whatever is bothering him, b)clears his head and c)finds Foley’s stuff a great fit for him afterall. Plus field is too good now.

if you post pictures from Tigers´ swing i think it is of highest importance to also have post impact pictures - so that we can get a really good idea of what is going on there. So please let me add this one for you 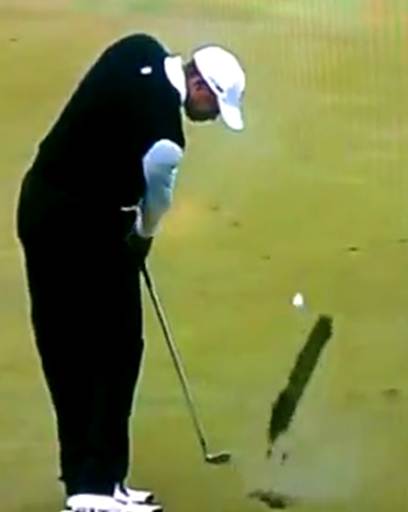 The good news is we have found a ‘toupee’ for Kojak 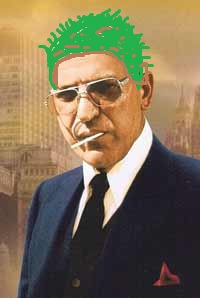 Two,
Whatever you’ve been drinking, but I’ll have a double, straight, no ice!
1teebox

Now we just need some pics of other Quinn Martin Productions creations - Barnaby Jones, The Streets of San Francisco…let’s not forget Cannon, Mannix, The Rockford Files, McCloud, Quincy M.E., etc. Those were the days.

I came across this HD video of Tiger warming up at the 2011 Masters. Some great footage of his new swing along with his new coach giving hints of what they appear to be working on. Best part is Bobby Clampett on the mic and giving his honest opinion. Enjoy: 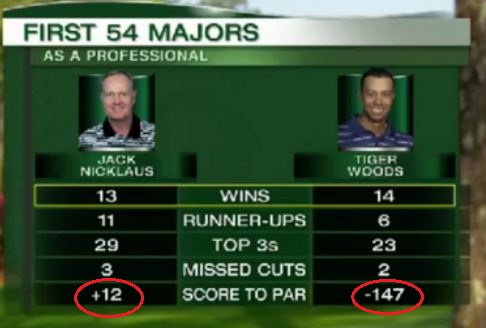 so much for a test of golf…

Hi all… nice video, I like most of Bobby’s comments until he talks about ‘adding bounce to the short irons to get rid of the deep divots’, I don’t get that at all for anything other than a very temporary band-aid. Watching that and the little I’ve seen the rest of the year is just astonishing, he’s doing exactly the opposite of what would ever work to minimize the stress on that left knee. Foley has him straightening the left leg before impact if I’m not mistaken and that’s just crazy, especially with the club coming into the ball dead shut. All it is is a weak disconnected flash with the lower body without any chance of compression. I get what Bobby talks about with the backswing that he’s okay without much lateral movement but that comes with the caveat that it requires a huge torque load into a fairly straight right leg a la Moe Norman or Ben Hogan plus you have to keep the lateral spine tilt. Even when you get all that right it’s still nothing but a save with the arms all the way down if you are shut and it’s completely hopeless if you flash up & don’t squat into it. What a mess. I wonder if anyone ever looks at body positions or clubface positions through the zone at all.

I understand full well just how screwed you are with a trashed left knee, which is fully screwed but its way easier & hurts way less just to keep it bent the whole time than to straighten it before you get to the ball, plus now you start hurting your back too. But then again I never understood any of the appeal of S&T or TGM for that matter, bad positions, bad motions, bad theory & bad execution. This game is hard enough as it is.

Seems to me Tiger should just go back to what he used to do… but that might not be possible with the injuries. He could look at what the greats of the past did and study. It’s all there.

More than likely the upright modern gear everyone is so in love with is causing the problems. The scientists making this stuff in wind tunnels can’t break 100 themselves, but based upon “scientific evidence” presented to tour players, the new advice keeps coming out the back of tour vans like 19th century carnival soothsayers.

The modern swing gurus are determined to find some kind of new swing that works. Combine that with a mental coach, physical trainer, nutritionist and a team of lawyers and you have today’s version of a traveling show not much different than the introduction of the Ferris Wheel at the World’s Fair in Chicago.

How many USGA officials own stock in the major equipment companies?