Thanks Lag--Pt3 and Personals are Great!

So a few months ago I emailled Lag about some Pt3 and Personals i had but did not like the shafts with them, and did not have the equipment to take the pins out of the hosels without hurting myself or the heads. Thankfully Lag was able to reshaft these with some nice, heavy and tipped x300’s, bend them ultra flat, and even more importantly, took the offset off of them. I especially love the pt3’s—I think they will be in my bag a majority of the time. Gracias, Lag 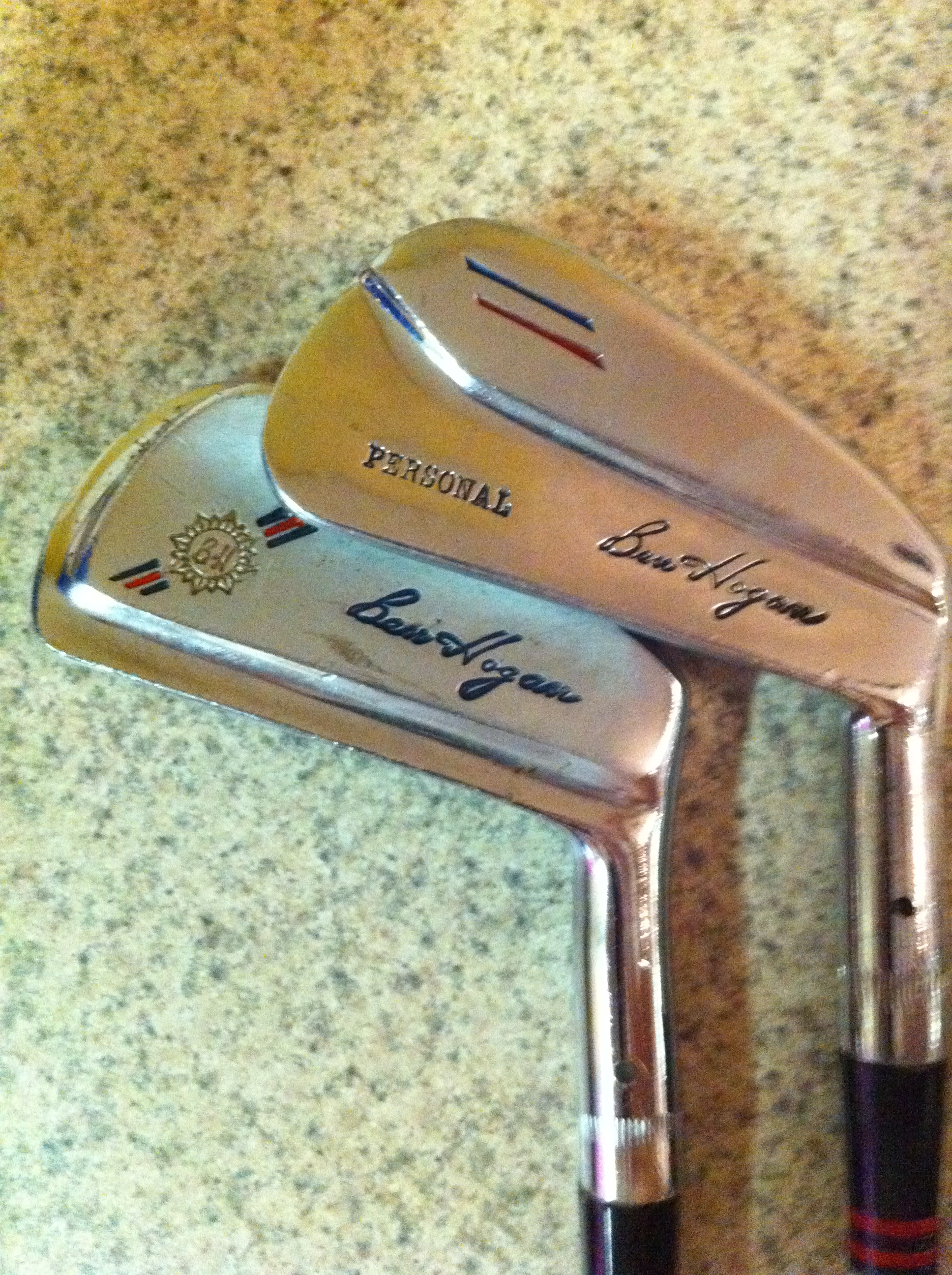 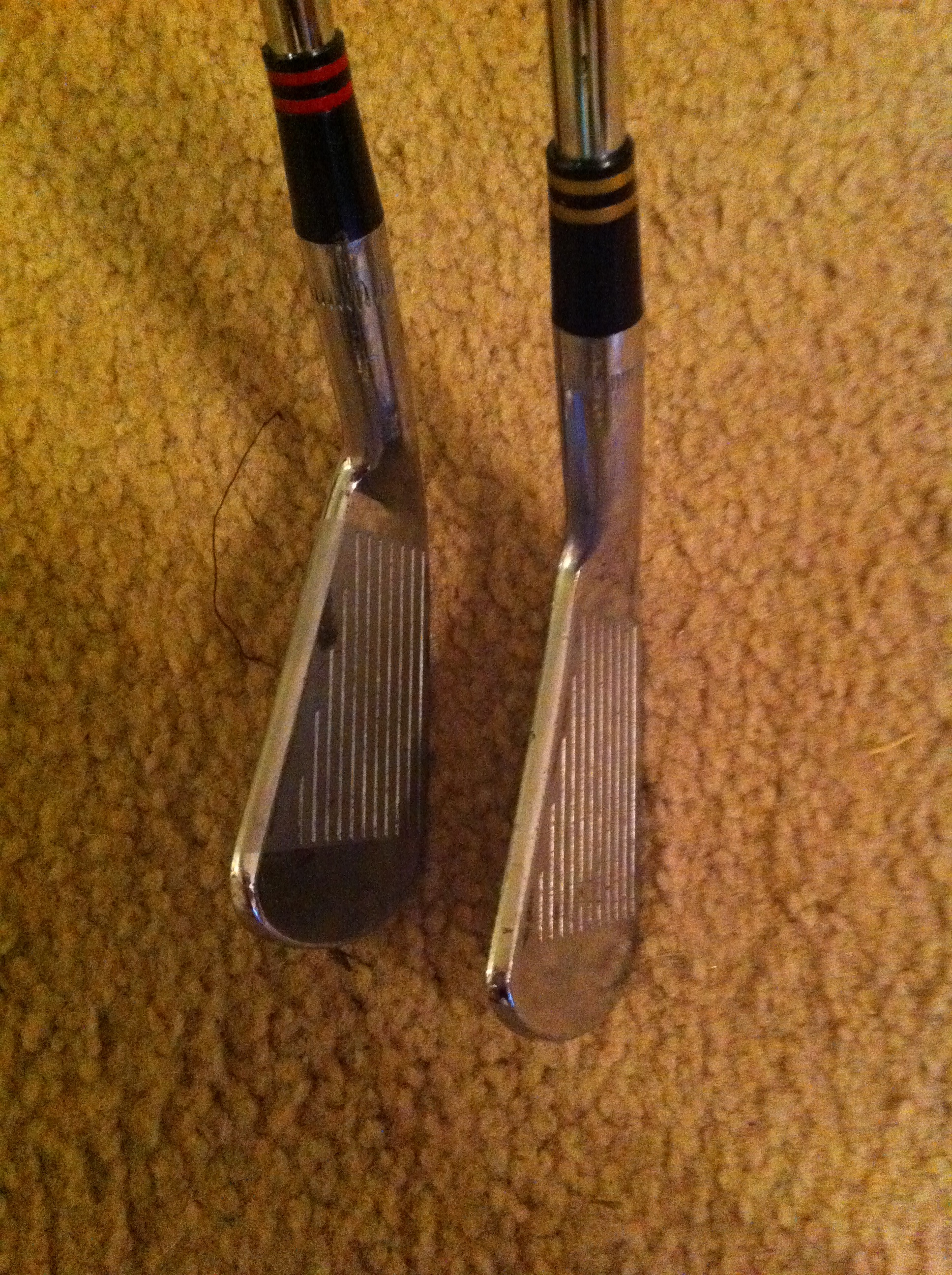 I am considering re-shafting some PT3’s as well. Any tips for getting the pins out? I went to a guy locally and he wanted 25 dollars per club, hell, I could buy the clubs, shafts and tools for less than he wants to charge me. So I decided I will give it a try. The pins do make me a bit nervous. Anything tips anyone has would be helpful.

You can try and pop the pins out with a punch… or you can cut the shafts about two inches from the neck… and then go in with a drill bit, and drill through the pins from the inside… then the two pieces will pop out easy from each side. Then put the two inches firmly in a vise… not so tight as to crush the shaft, hit the neck with a blow torch… and keep working the head back and forth (wearing a thick kitchen mit) and slowly twist off the head from the shaft…

Beware, some pins are tapered!

Ok cool, pc5s, they are awesome… Hit 15 greens this AM with them in a lot of wind. May be my favorite set ever.

I’ve got a set of the earlier PC5’s (with the slightly longer hosels) and I’d like to take away as much offset as possible.

Can you please explain the process of removing the offset look?
I presume you do a double bend (on different parts of the hosel) but if you can share more details that would be great.

I’ve got a mint set of PT3’s that I haven’t tried out yet, but when I saw that Parker had taken the offset out I was like “man, what offset??!!”.

Those look great Parker, glad to see you may have some new “gamers”. Makes me want to start working on my set of PT3’s (I think I have a few “projects” to work on over the winter now).

I snagged a nice set of mint Hogan 50th anniversery’s recently with Apex 5’s in them (always liked that head). Not sure if I’m totally ready for that shaft but I’ve been looking for a set of Hogan’s with some 5’s in them for a while to see if I can handle them. My last set of “modern clubs” pre-ABS were Ping S59’s with X100’s in them and I loved the feel of that shaft.

Alright, so I tried punching out the pins with no luck. I didn’t move it at all, and I worked that thing. Tried with some heat, whatever, it does not want to come out that way. I cut the shaft off as suggested and started drilling, but I don’t seem to be making progress on the drilling either. Is there a special drill bit I should have to do this?

Sorry to ask so many questions.

Alright, so I tried punching out the pins with no luck. I didn’t move it at all, and I worked that thing. Tried with some heat, whatever, it does not want to come out that way. I cut the shaft off as suggested and started drilling, but I don’t seem to be making progress on the drilling either. Is there a special drill bit I should have to do this?
Sorry to ask so many questions.

Try one of these methods:
1)
Use a ‘heavy duty’ metal drill bit and drill out a little bit of the pin (not from inside the hosel but from the outside). If you then try again with the pin punch, you will have some room for the punch to grip and not slide and scratch the hosel. If it still doesn’t come out you can allways drill the pin further but it will take some time…

If you’ve cut off the shaft, take a screwdriver and insert it into the hosel so that it touches the pin. Hit the back of the screwdriver with a hammer until the pin breaks in two. You should be able to punch out the remaining bits of the pin easily now.

lag put tipped x300’s in them for me… they feel great… I 've never tried the newer tech shafts for irons… let me know how they feel. thx, parker