Sick of finding nothing on Aussie ebay. After meeting Bradley the other day set the ABS juices flowing, I called into a yard sale this morning on the off chance they might have some golf clubs. Picked up 5 beauties for $10. The guy said his grandfather used them in an Australian Open–I didn’t ask for a name just in case he was bluffing, but I regret not asking now.

The 1 wood is the Hogan Speed Slot, D2 weighted, original shaft which is a Hogan Legend 3.

The irons, a 2, 3, 4 and 6 are Slazenger Ben Hogan Swingweight Plus’, progressively swingweighted from D2 for the 2 iron up to D7 for the 6. Pity he didn’t have the whole set. Non-original shafts.

Interesting to note that the 2-iron has the most wear. Super long hosels. 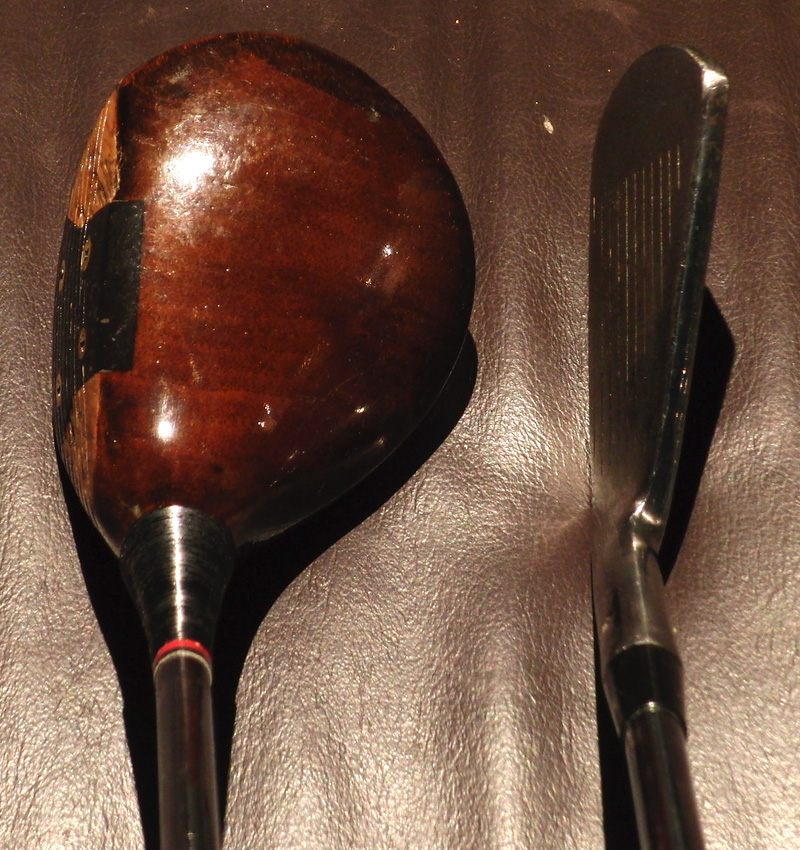 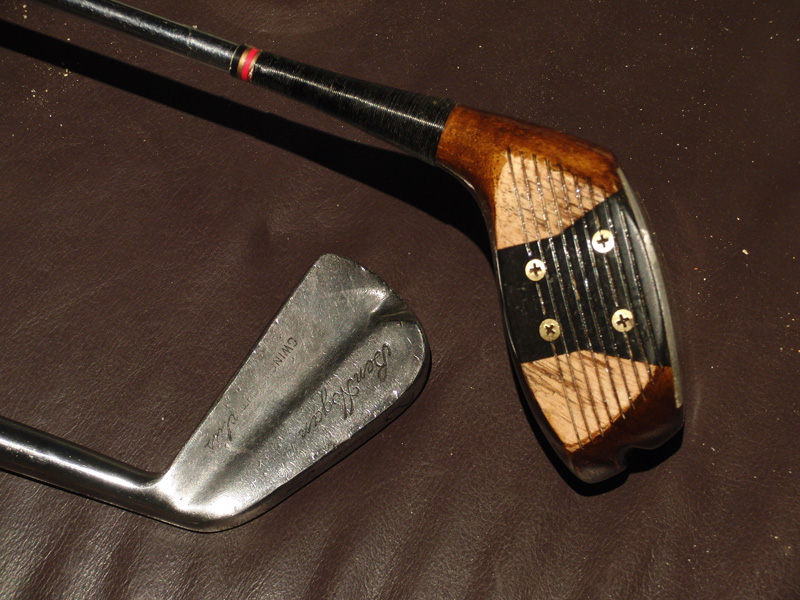 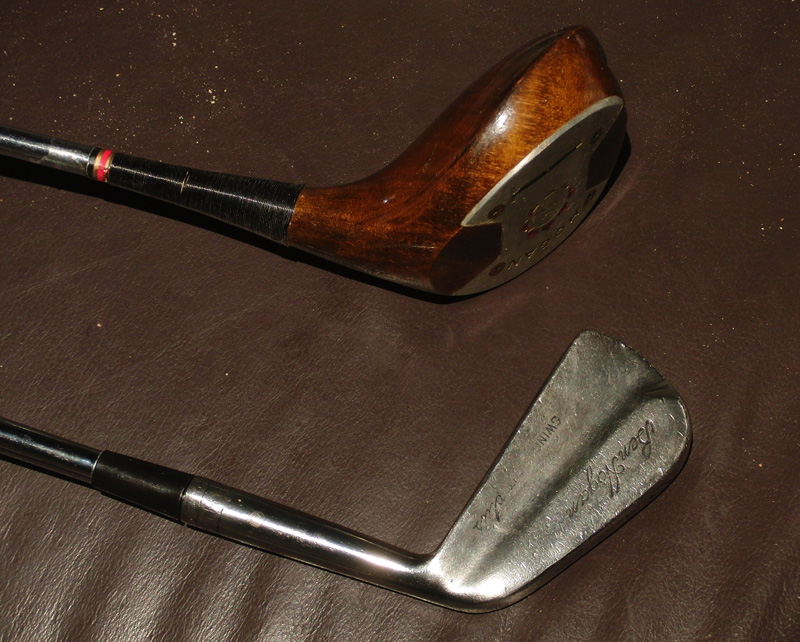 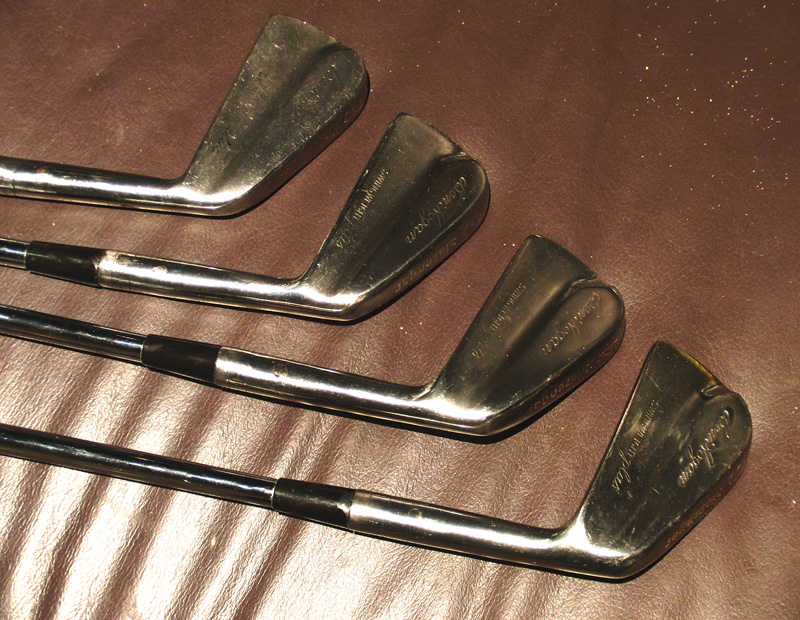 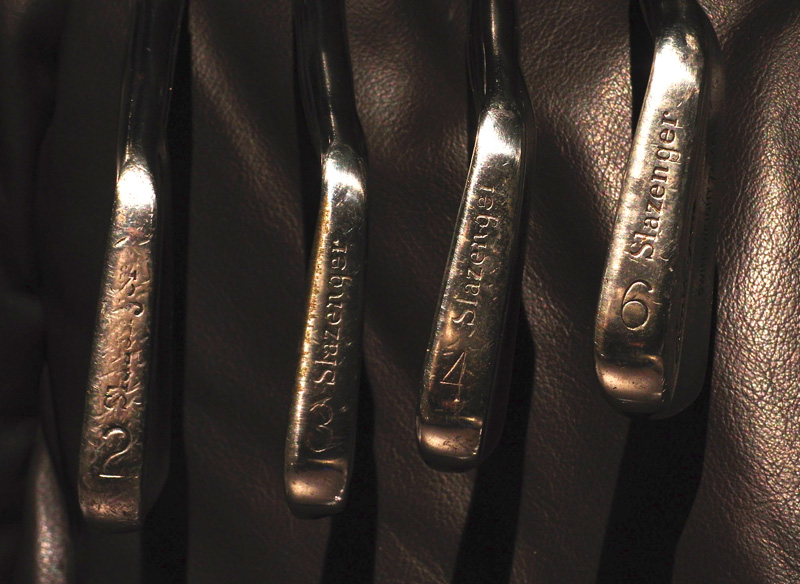 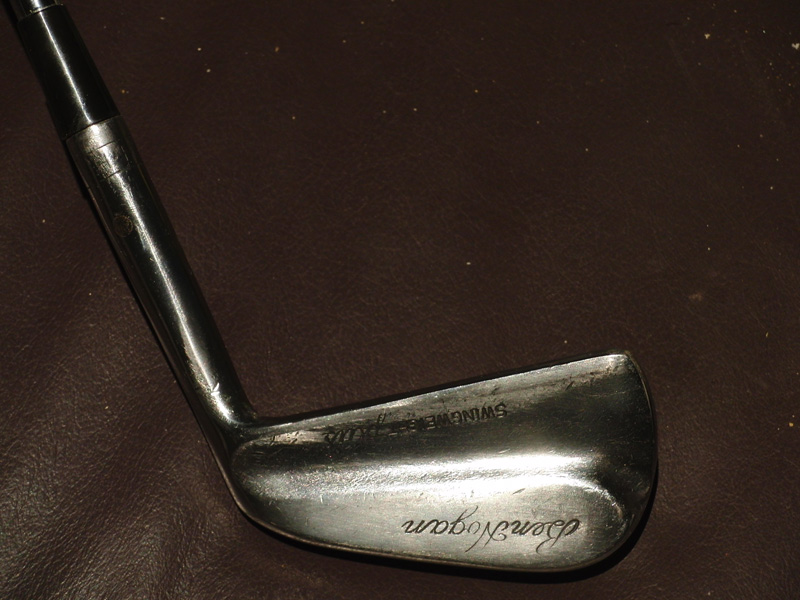 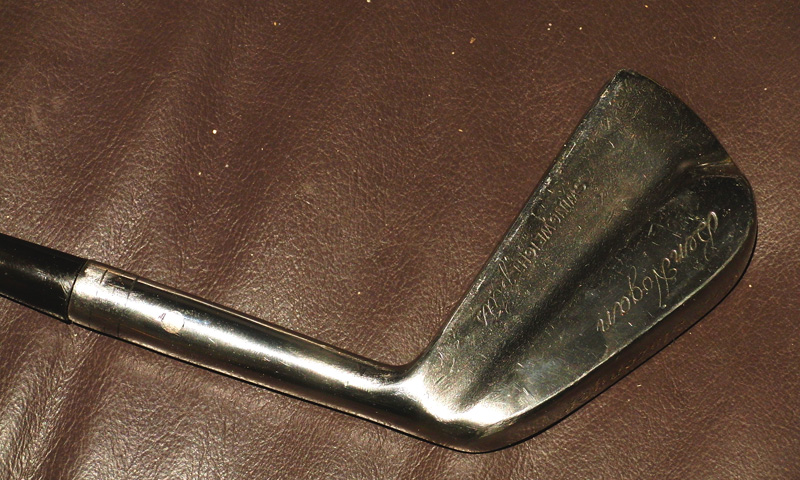 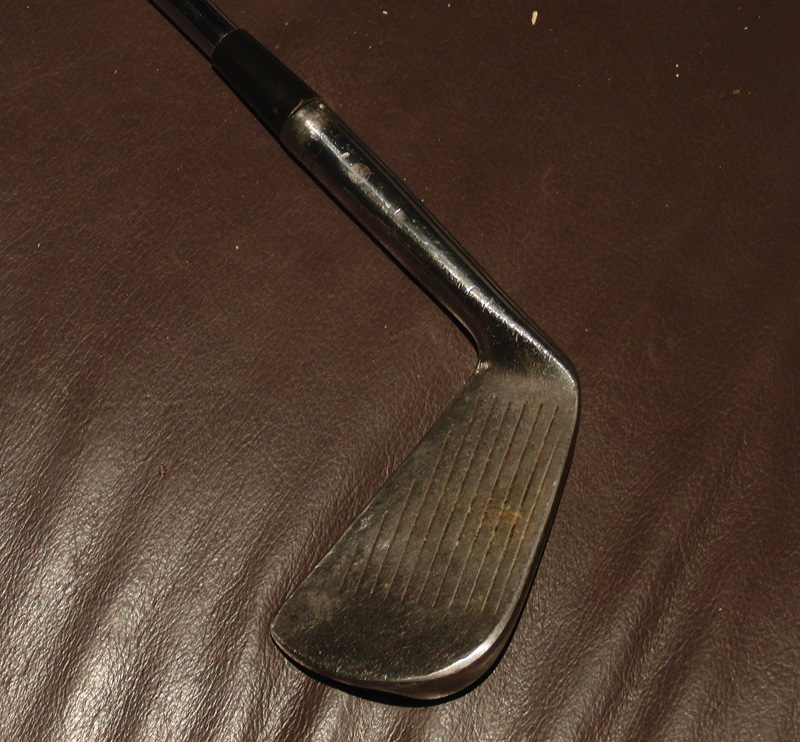 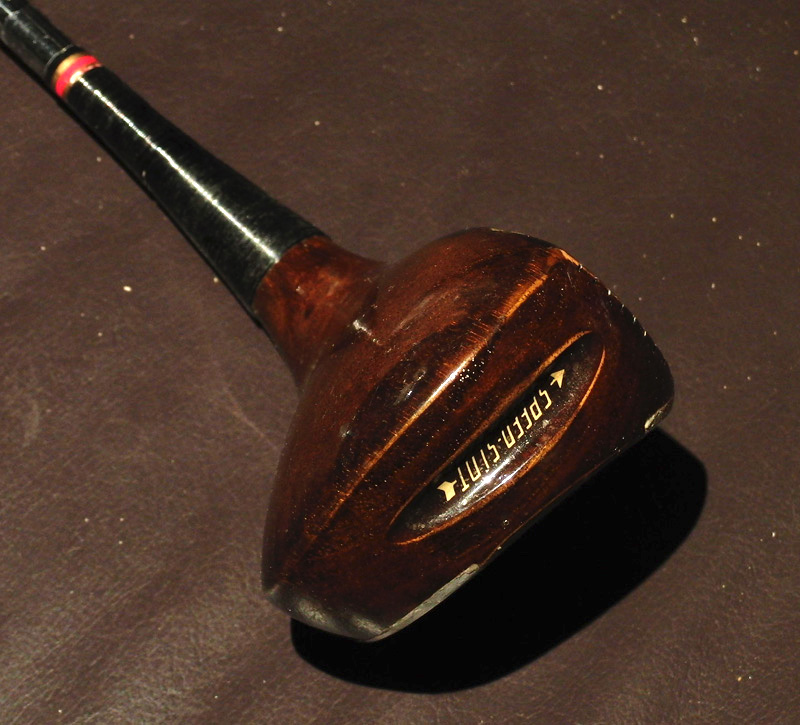 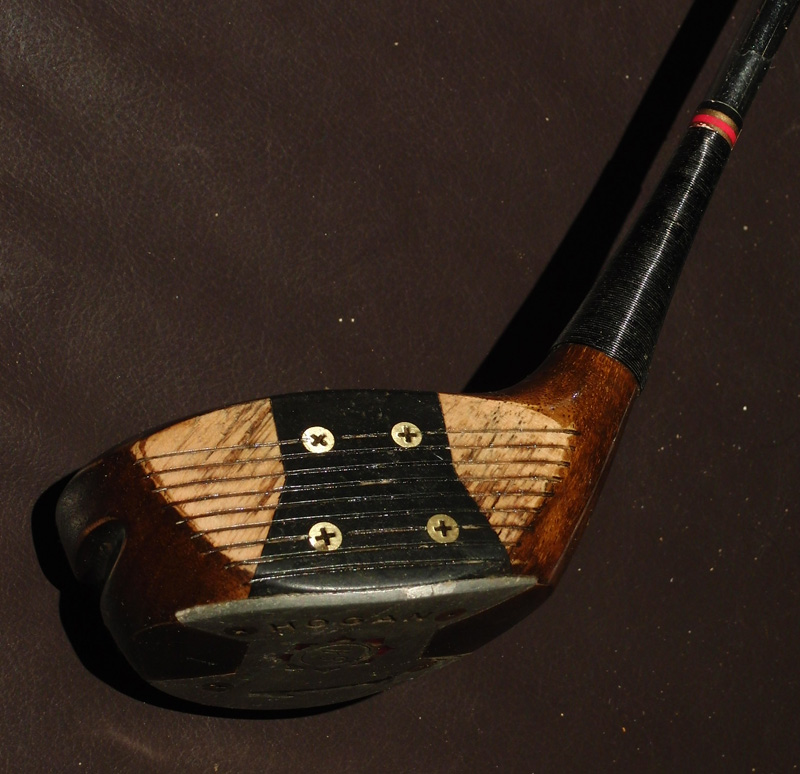 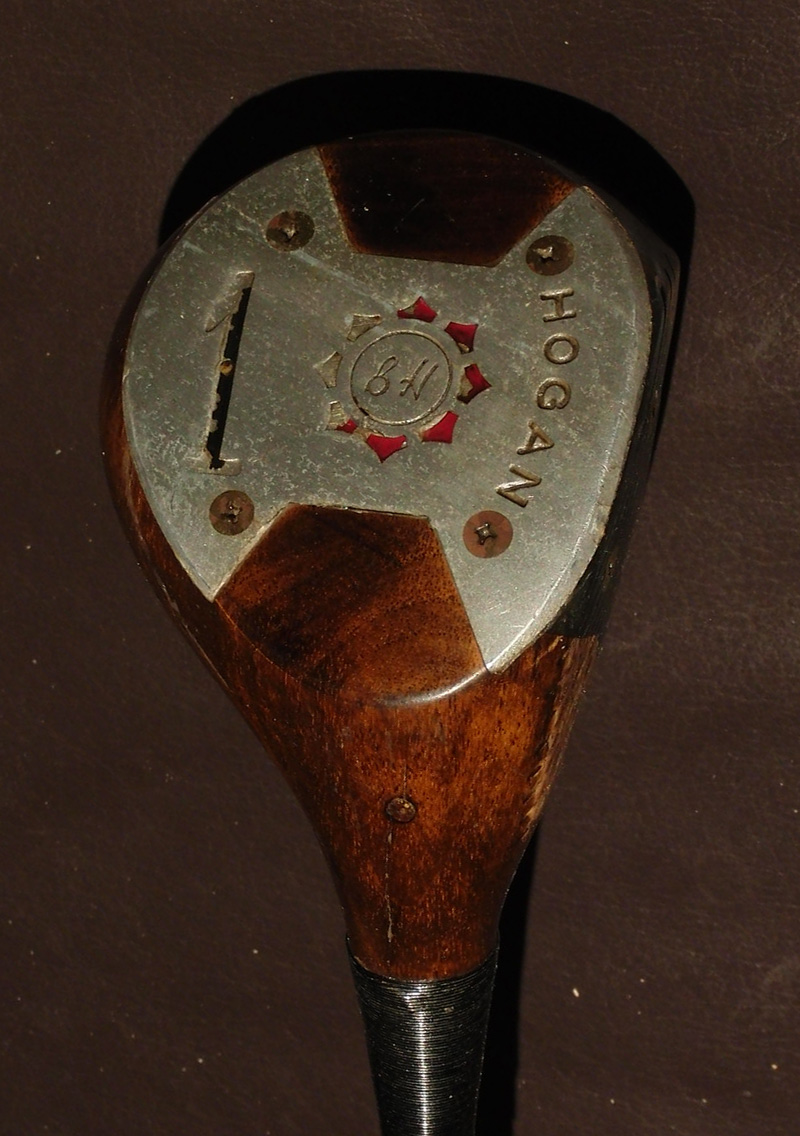 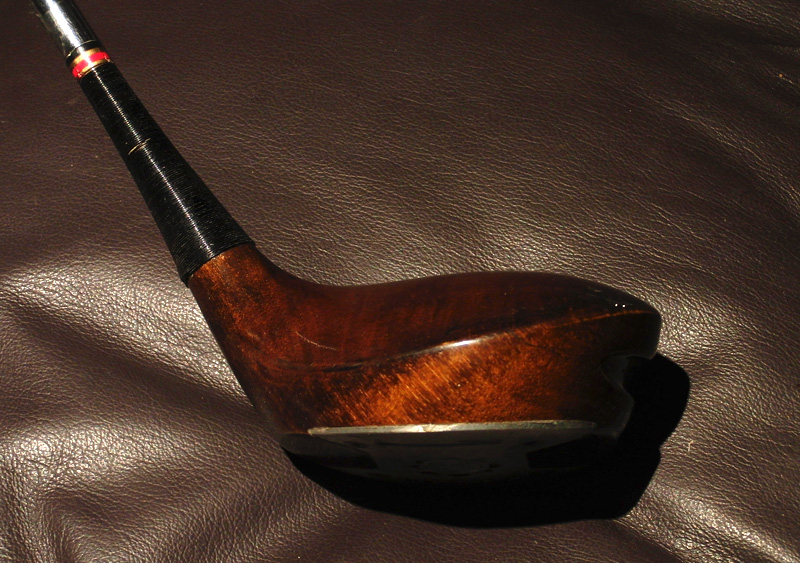 What a great looking set of blades…
Might be hard to find the matching clubs to finish out that set, but they look like really straight clean blades void of offset.

Have fun hitting those… it can get contagious!

What a find, Steb… there awfully MP-29 ish… It looks more and more like Mizuno’s R&D dept.'s sole method was flicking through golf equipment history books. I wonder were they designed by Hogan himself- they’re also basically the same as his Personals…

Yes I think we know where Mizuno got its style from

Played 9 yesterday and saved the first hit of the 2-iron for the 9th, a hole just asking for it. Got there and these damn plover birds started swooping me, so its first hit was nearly a bird in flight. Had to skip the hole in the end to get away from their nest, so I still haven’t hit it yet.

The persimmon surprised me. This is only the second time I’ve hit a persimmon and I didn’t have much success the first time. This time it sounded great but obviously was short of where the metal driver would go. But time and time again when I got to my ball it was where I’m used to playing from. It had sneaky length.

Which really means I’m really not hit the metal as well as I think I am. I’m obviously missing its sweet spot and just not realizing it, and/or reaching max velocity way too early from it giving me that false confidence I can swing all out and get away with it.

It’s making me think I might swap out the metal one for next Saturday comp, but a bit scared yesterday was just a flash in the (frying) pan. I now appreciate what John has said about the sound of persimmon, and quite frankly I want more of it.

Nice looking irons Steb…pity they weren’t a complete set, but they are I am thinking the Aussie or English version of Hogan clubs that were made under the Slazenger logo for those markets
I had a complete set of Hogan Slazenger woods when I was 13 years old and used them for a while. They were fantastic looking. A big solid hunk of persimmon. I got them in a bargain barrel somewhere for about 10 bucks. they were beat up but I shaved the colour off, stuck a new inlay in them and with the grain being so pure just lacquered them. They came out beautiful in a cream colour just because of the lacquer going straight onto the wood.
I have absolutely no idea what I ever did with them…but boy I wish they were in my stockpile somewhere

Enjoy them Steb…(aka The Gadget Man!!!)…I know you got a kick out of me calling you that in Hunter Valley when we first met each other a few weeks back

Ok, you’re askin’ for it with the Gadget man stuff. Once more and I publish a nickname of yours I haven’t seen mentioned online yet!

But then again, I’m going a bit ‘overboard’ in trying to create some much needed space to do module work: 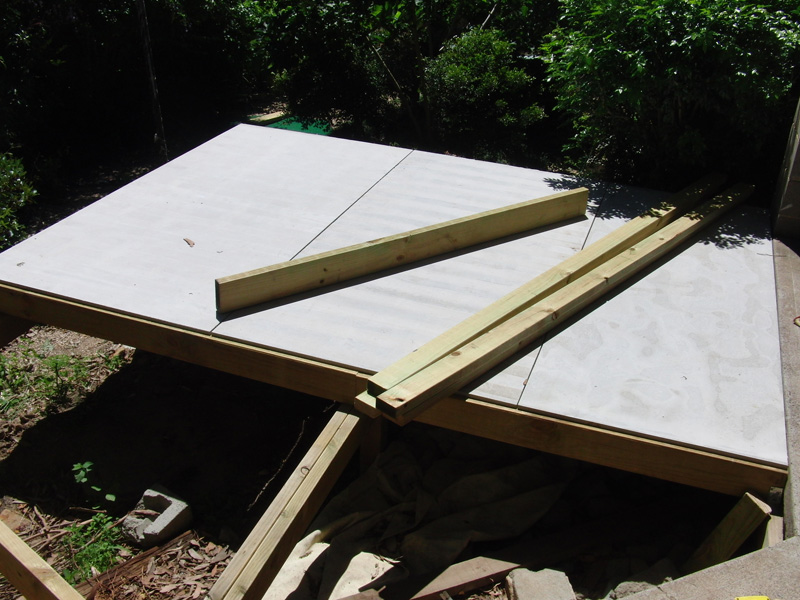 So I guess you’re right, TBM…

Now I finally have a deck to teach on down under. I won’t teach off a deck… only on a deck. Once you leave the deck,
it’s time to play golf… no teaching on the golf course. Only observing.

So I guess you’re right, TBM…

Nice one Steb, that really is a great idea!