I had the opportunity to spend 4 hours with John this past Friday. We played 18 holes at a pretty solid course near John’s home.
we have a mutual friend and a game was arranged and the three of us enjoyed a great afternoon. i am a student of the game and was very interested in listening and seeing what John was teaching as well as actually see him play a serious round of golf.
Let me tell you, he played great, really great. after opening with a three putt bogey, John made 6 birdies against one bogey over the final seventeen to finish with a solid 68. had a legitimate chance at 65 and if the greens were top grade…much lower…

John hits the ball super long and is very sharp with his irons and his putter. my four hours was a walking lesson. he didn’t tell me anything, he just answered my questions and explained his beliefs. I liked what he had to say. he’s a passionate guy and I look forward to working with him going forward. Everyone can learn from what John is teaching.

Thanks for stopping by here and enjoyed the game as well. It was fun to watch you strike some of those nice shots you hit also. You’re definitely a hitter, so you are in fertile ground around these parts. It was amazing the 16 degree difference between your modern driver and my old 48 degree lie angle Penna. Pretty shocking to set them side by side. Loved the flushed strike you made off #11 with my persimmon. Took you about two practice swings to drop 16 degrees! Lot of good folks around here… lots of serious players who more and more are gravitating to setting up their gear so they can first and foremost, hit the ball straighter.

The forum here would be thrilled to take a peak at your own vintage club collection. Sounds like you have some beauties.
We have lots of galleries in the equipment forum here, and some die in the wool persimmon purists who have found a safe haven here.

Will there be a 2011 ABS student outing in California? Maybe Bradley could come out in the summer?

jeschi
Trying to be cryptic-- does that mean (j) John (e) Erickson (s) ‘’ (chi)…center
OR
just something much easier and logical than that?..goodness knows Range rat would be proud of me for coming up with something like that

Funny you say that Two. I actually thought it was “John Erickson shill” when I was half way through reading the post, but I know John wouldn’t do that, and besides, I couldn’t explain the ‘c’. I like yours better.

Very impressive indeed Two. You may now sit at the head of the class alongside Ben, Abigail, Riley and Rat. 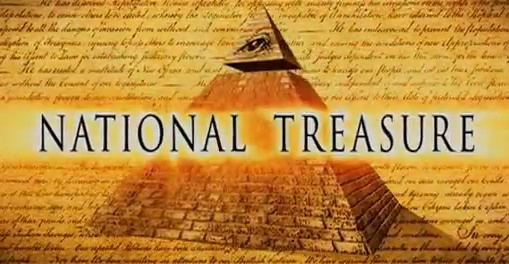 jeschi
Trying to be cryptic-- does that mean (j) John (e) Erickson (s) ‘’ (chi)…center
OR
just something much easier and logical than that?..goodness knows Range rat would be proud of me for coming up with something like that

no cryptic stuff, jes are my initials and CHI is the city i live in. john edward s_______, chicago illinois.

First of all, I would like to apologize to John for the delay in getting this out. I had the chance to spend the day with John 2 weeks ago and what a day it was. I got into San Francisco at midnight and then drove to Benicia to spend the weekend up there. Stayed in a wonderful, old bed and breakfast in downtown Benicia called the Union Hotel. It was an old historic building and a very cool place to stay. Luckily, before I arrived at the hotel, I found a store to grab a few beers to wind down from my 23-hour day.

Got up early and walked downtown Benicia. Again, a cool place to visit. I met up with John at a great breakfast joint across the street from the Union Hotel and had a nice conversation for about 1-½ hours. From there, I went to John’s house and got a first hand view of the deck and the canyon. How beautiful!!! On the deck, John helped me out with some things.

• It looks like you have a long left thumb. Why? More control of the club head (look at Mr. Hogan’s grip). So I decided to change my grip.

• What is your setup? John’s setup was a fairly straight right leg and a bent left leg set to the 4:30 line. Why? This is where you are going on the backswing so why not start there (look at Moe Norman’s setup). So I decided to change my setup.

Next, John and I drive about one and a half hours to Bodega Harbor golf course. I get to pick his brain some more and we have a really good talk. At the course, John proceeds to shoot 71 (par 70) on some very slow, just aerated greens. I shoot 85 playing Macgregor irons from 1960 that I just had flattened and had never hit, my old Macgregor persimmon driver from my college days and an old Wilson 8802 putter that I had never used. Besides all of that, I decide to use a new grip and stance. Having not played for 5 months with all of this new stuff going on, I played OK. Doubled the last hole after hitting a 260 to 280 yard drive to the dead center of the fairway. All considered I am happy with my game considering my short game was terrible (new wedges also).

We have a long ride back talking about how inhumane the human race is. John is a really good guy. He really cares about the students that he teaches and the state of the world. We go out to dinner at a very nice Italian restaurant in downtown Benicia and had a very, very good dinner. I dropped him off at his house at around 10pm.

The next day I ventured out to Mare Island and got paired up with 3 guys. The looked in amazement as I hit my persimmon driver 30 to 40 yards by them and playing the back tees to their playing the white tees. I shoot 81 making 3 doubles and missing 4 footers for par the last 2 holes (par 70). Again, not bad. I called John up and told him I got up and down from 2 traps with my new found sand game that John taught me the day before.

I drove down to San Francisco and flew out to San Diego to meet up with my wonderful wife and some friends. I proceeded to drink more beer and bourbon the next week and had another wonderful time. Thus, my delay in getting this out to all of you.

If you ever have a chance to get out to the San Fran area and can spend some time with John, I would highly recommend it. He is a great guy and I had a better than great time. We are in very good hands.

Bob–great post and hopefully someday I can make the trip as well. Tell me more about the right leg at setup. I’m assuming a straighter right leg at the top will get the right hip out of the way and give you a much fuller backswing. I crack up when I hear John and students going to Mare and playing persimmon. The locals who play that course regularly must be thinking ‘what the hell is going on around here, who are these guys?’ Too funny.

Paul,
John sets up with a straight right leg, left knee bent forward and toward his right. His hips/shoulders turned to the 4:30 line. Think about it and you are basically at the position you would like to be at the top of your backswing. Keep your legs still and just turn your hands and arms to your shoulder. Backswing completed. It feels awkward at first but when you look at it in a mirror, you can see it looks good. John can hit it right to left and left to right from this setup. The day we played, the wind was blowing 25 to 30 mph. His 71 under the conditions of wind, slow, bumpy and aerated greens was very good.

He helped me with my sand game as he taught me how to cock my wrists going back and to un-cock them going forward. It is basically a flip of the wrists and it has worked great. I just got up and down out of 3 traps this morning. Most of the time, I would make double.

Another great tip was to for chipping. Make 2 practice swings to hit the ball 10 feet past the hole, 2 swings to hit is 10 feet short of the hole and then hit your shot splitting the difference. Great idea that works.

Thanks, Bob, I’ll play around with the straight right leg and see what happens. I have noticed that since drilling on the first three modules what has happened is that I came to automatically set up with feet squared or open to target, but knees, hips and shoulders closed and on the 4:30 line. From there just turn back and through. Very powerful for me on full shots and also increased my chipping and pitching accuracy tenfold. I now have no pre-conceived notion of alignment and could never go back to clubs or sticks on the ground to guide me. Much too limiting.

Just wanted chime in and post that last week I had a chance to play with Lag and Jfisher @ Pasatiempo…What a track! Unfortunately I wasn’t able to take any pictures due to misty conditions…I had a blast even though I couldn’t seem to hit it out of my own shadow…

For me it was nice to see/hear both Lag & Jfisher compress their persimmons…Jfisher can really crank his 2-wood! I know it’s been said before but just wanted to reiterate the point. If you get the opportunity to be in the Bay area, make sure you hook up with Lag to watch how he goes about his golf business…It was impressive even though I’m sure Lag will tell you he might have not been totally firing on all cylinders for him.

Lag was very accommodating to me…He drove at least 90 minutes @ PasaT, fetched some range balls before playing, watched me warm up and I had the feeling he was taking copious mental notes as well played.

After the round was over we had a bite to eat before heading back to SF and John shared a key thought that I wasn’t engaging Module 3 soon enough/properly and was losing compression resulting in lack of distance off the tee…Since then I’ve only have had one range session under my belt and now have a smile on my face with more compression throughout the bag!..Anxious to keep working on it…It being “Pivot stall” and basically had little to no pressure under my left and right armpits during and after impact…

After I graduate high school, I plan to go spend a week out there picking Lag’s brain (haven’t informed him of this plan yet…fingers crossed). I still have 2 years, so I hope to complete the program, or most of it at least, before then. (I got the green light on starting Mod #2 today).

Thought I would Post a link to the pictures I was able to take when Mashie Lag and I went to Pasa tiempo. Some of the greatest holes I have ever seen on a golf course and you could totally tell it was a course designed by “the good Dr.” as MAshie Likes to say.

I had a blast with you two. Hopefully we can do it again in the future.

Here is the link