Here are a few pictures of Salem Country Club I took early this summer. Salem used to be ranked in the top 100 back in the late 1980s. Its one of Donald Ross greatest courses up here in the Northeast. I had the opportunity to play here probably close to 100 times when I was a kid growing up. I worked at the club summers when I was in High School and college. There really isn’t a weak hole on the entire course, but here are 2 of my favorites. One is a short par 4 (13th), which is the signature hole. You can hit anything from a 2 iron or a fairway wood off the tee to a fairway that is bowl shaped. From the fairway you normally play an 8 iron to wedge to a green that is above you. I walked this hole with Tom Kite and his caddy when he was practicing for the 01 Sr. Open and he though the green was great. Unfortunately I don’t have a pic of the green, but is fairly small with a few dips. If you get above the hole you might be in trouble. The next hole is probably my all time favorite tee shot. Its a par 5 that is tree lined, I have so many great memories or ripping a persimmon driver off this tee late in the evening with a few of the assistants. The fairway has a couple of great small slopes. Its a great tee shot and a great 3 shot par 5. 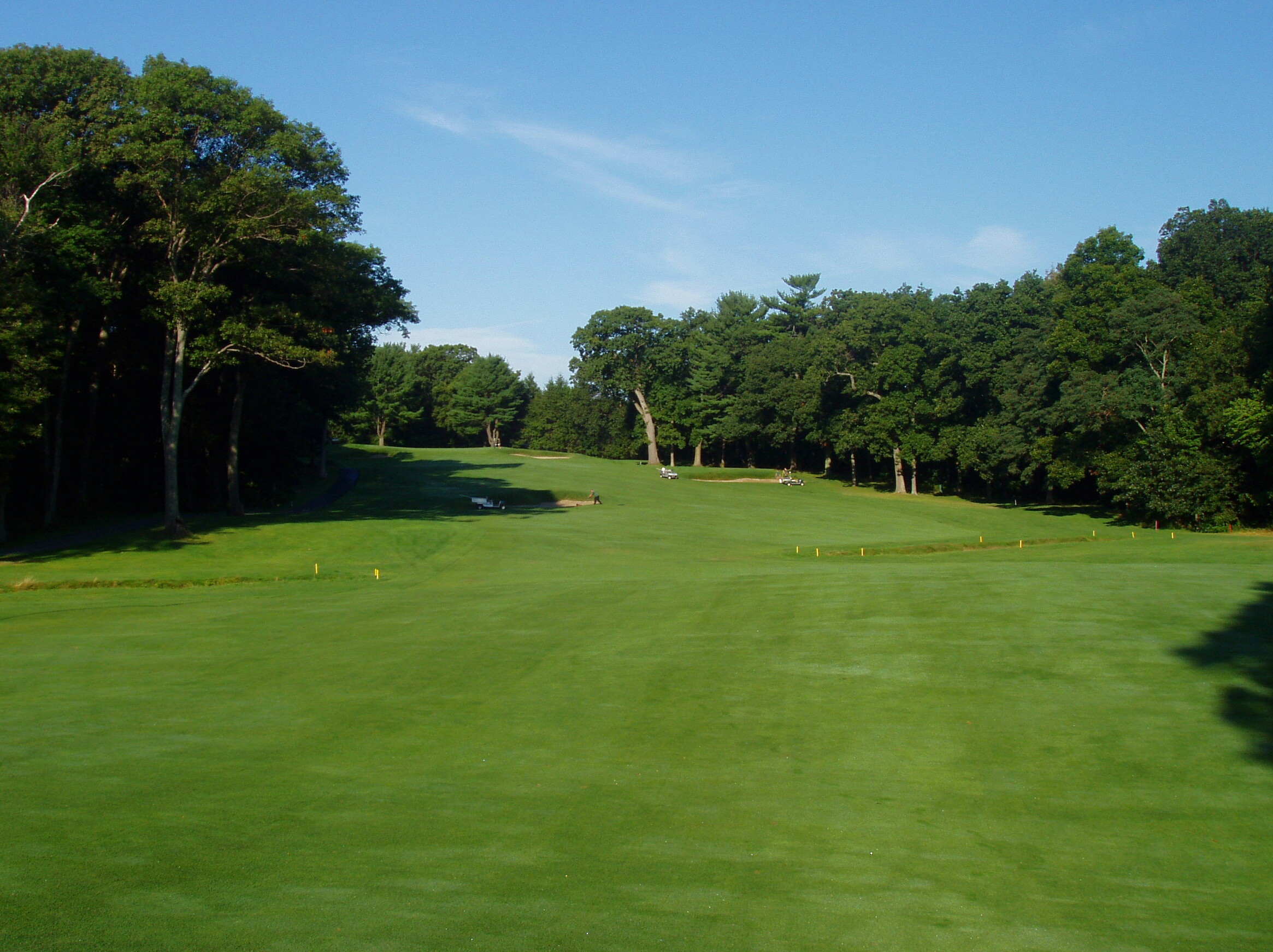 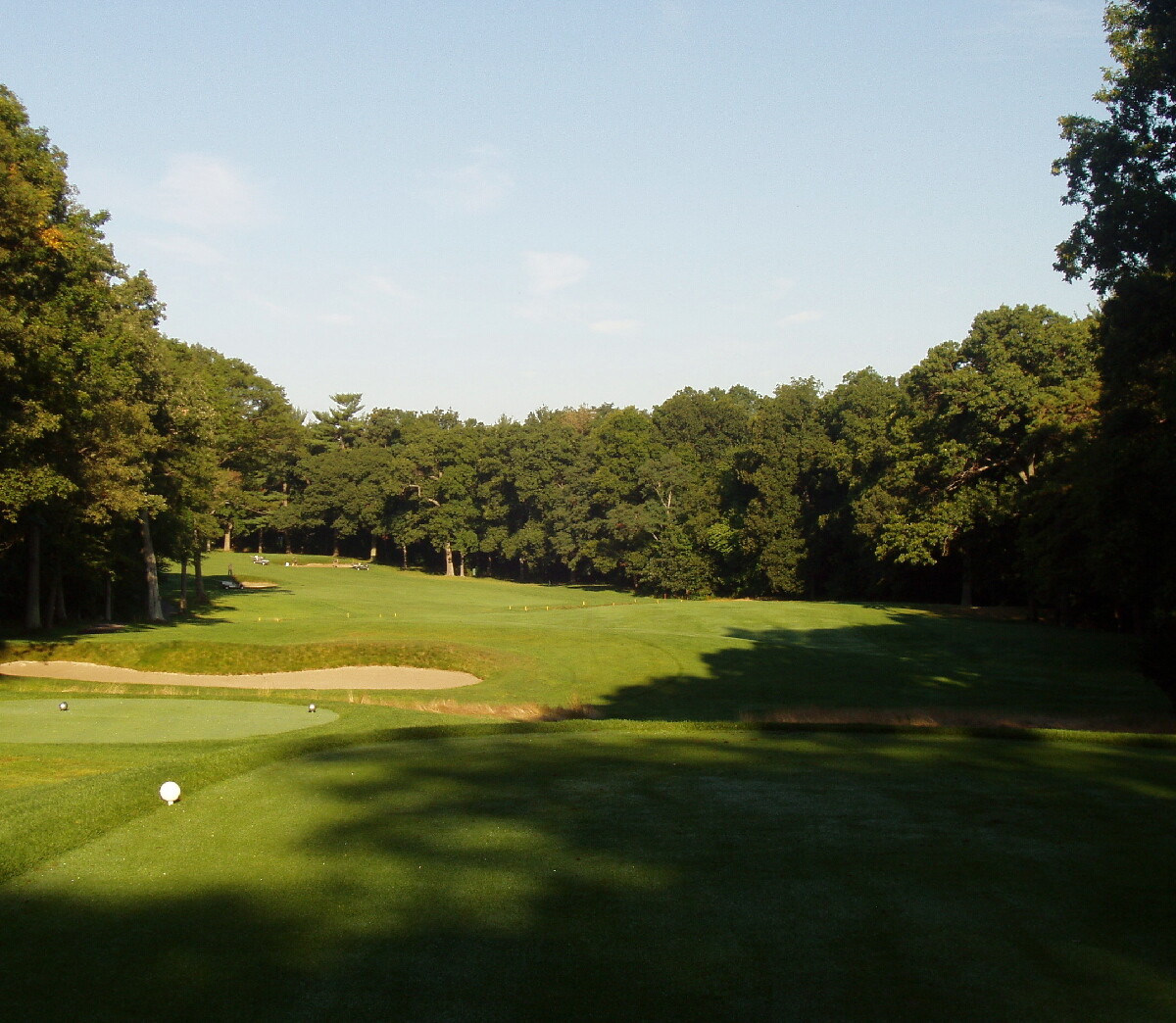 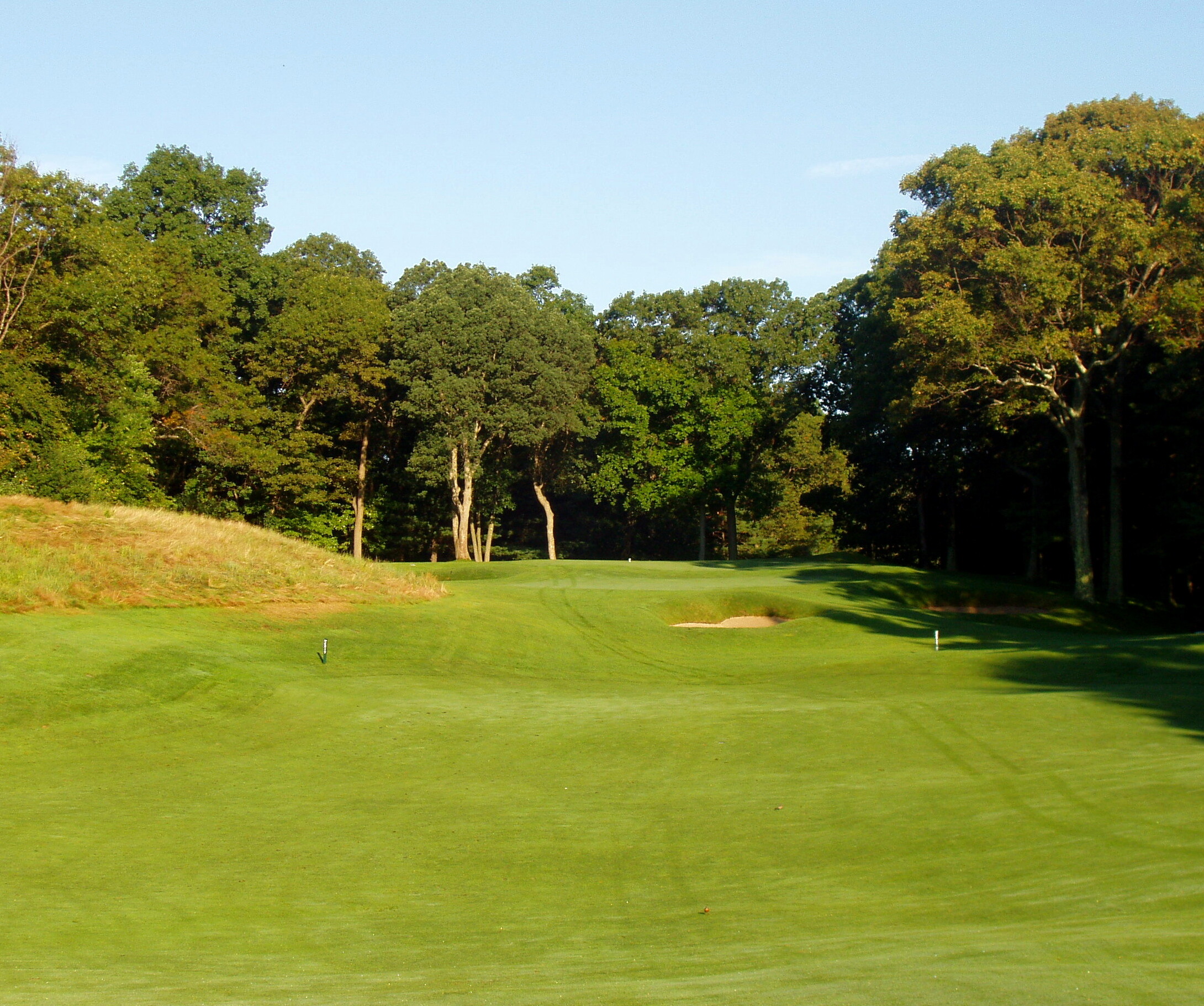 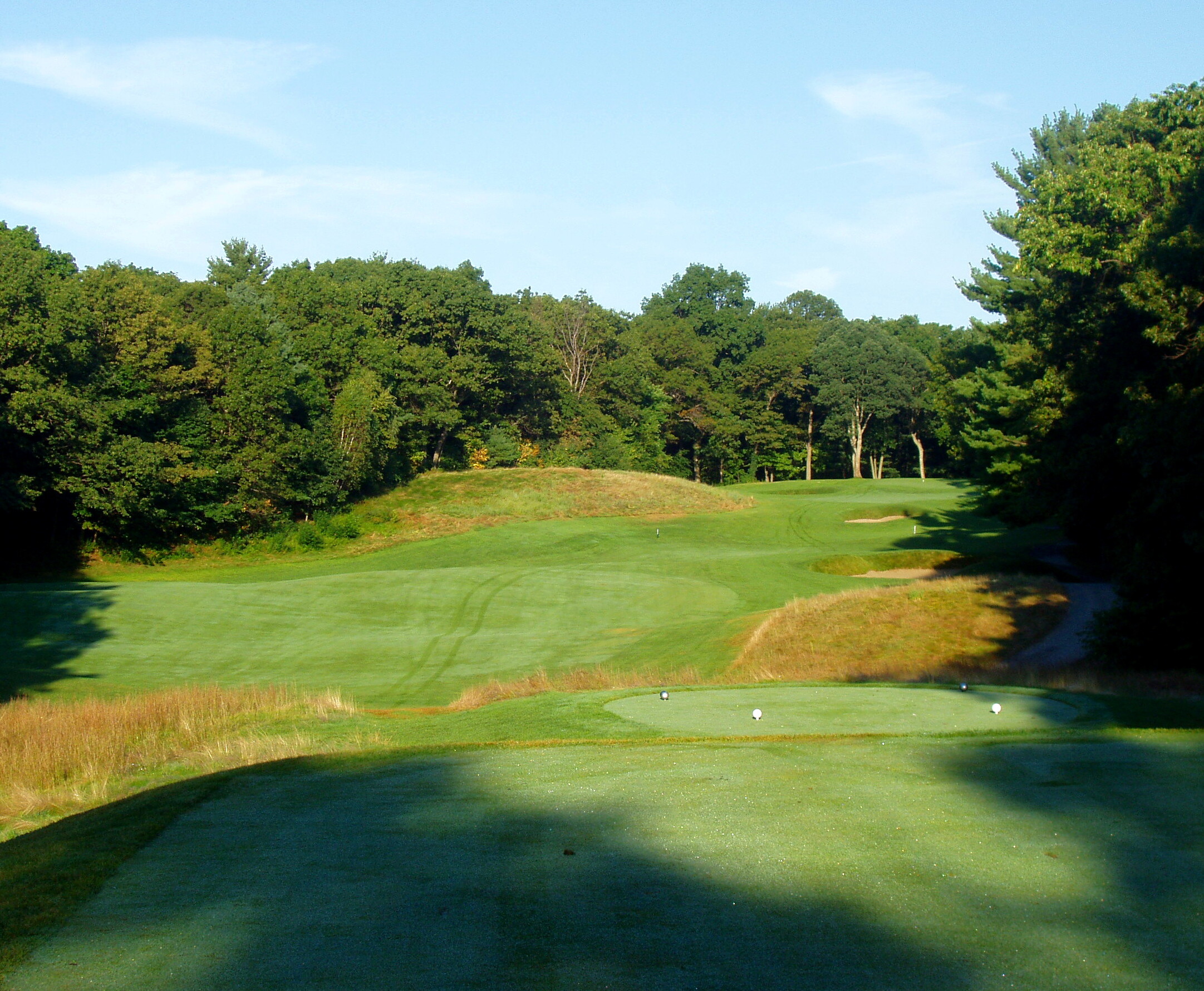 Thanks for the post! I can attest that this is one of his finest as well. I, like you, was fortunate enough to have Salem CC as our home course while playing for St. John’s Prep…What a treat back in the day…Thanks for the pics because I haven’t seen the place in 30 years…

Even in just 2D, I am looking at that and seeing how I would shape my shots to play the hole. It’s very inviting to look at, and you can feel the progression of risk and reward as your level of greed goes up…

Any other pics? maybe from the front 9?

Sweet looking holes there…hills-bunkers-trees…lots of good aiming points to give the hole character ---- and not a house in sight!!

Didn’t they play the Senior Open at Salem a few years back. i think I saw some of that on TV

Yes TM they played the Senior Open there and I think the 1968 US AM won. Bruce Fliesher?

I remember Salem as being in pristine condition (maybe with the help of freddiec) and a course you just loved to play every day…If you were on your game and put the ball in the right areas, you’d score well nearly every time.

Hey Mashie,
Yes, I do have a few of the front nine. Here you go. I love this place. 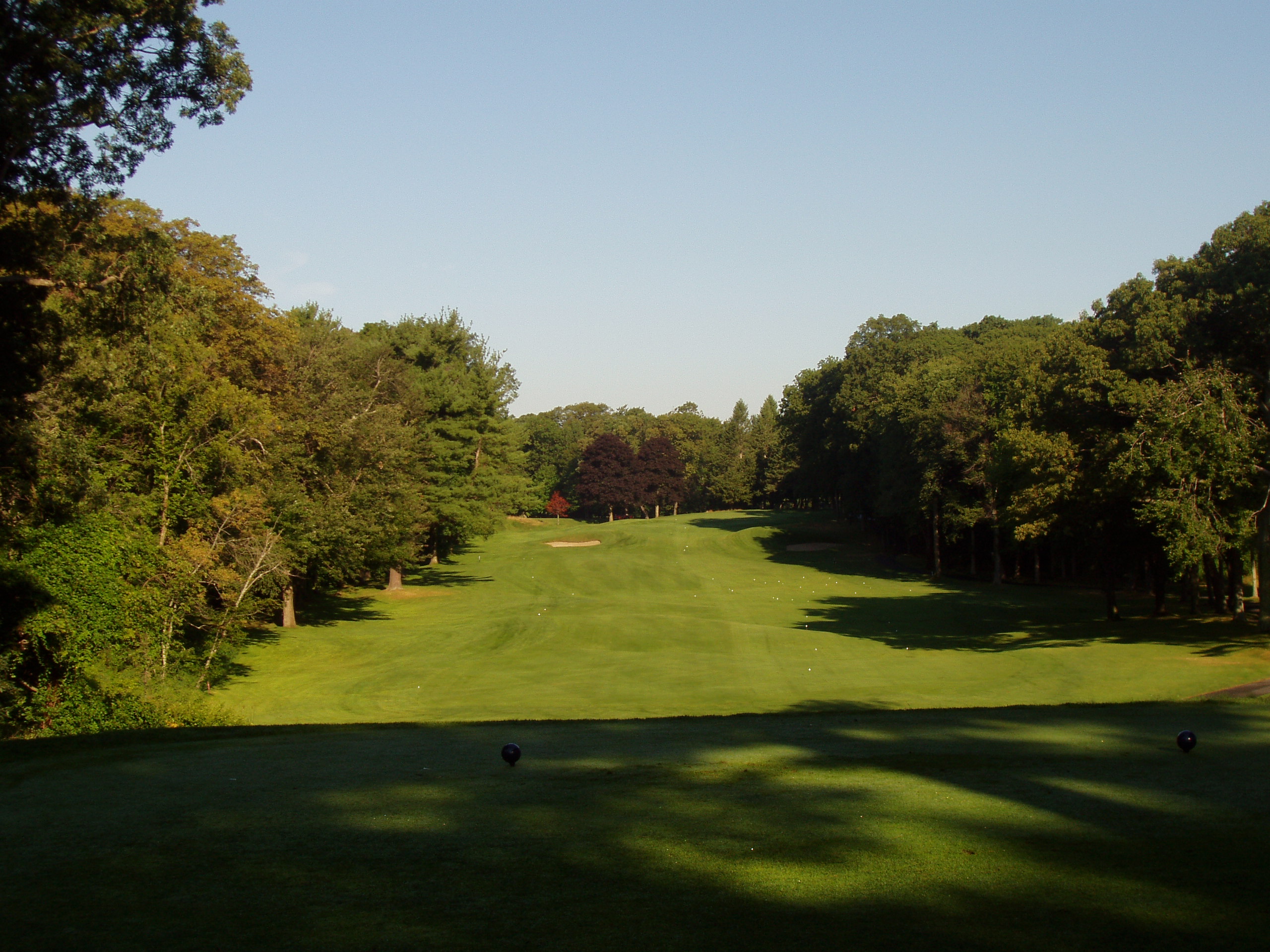 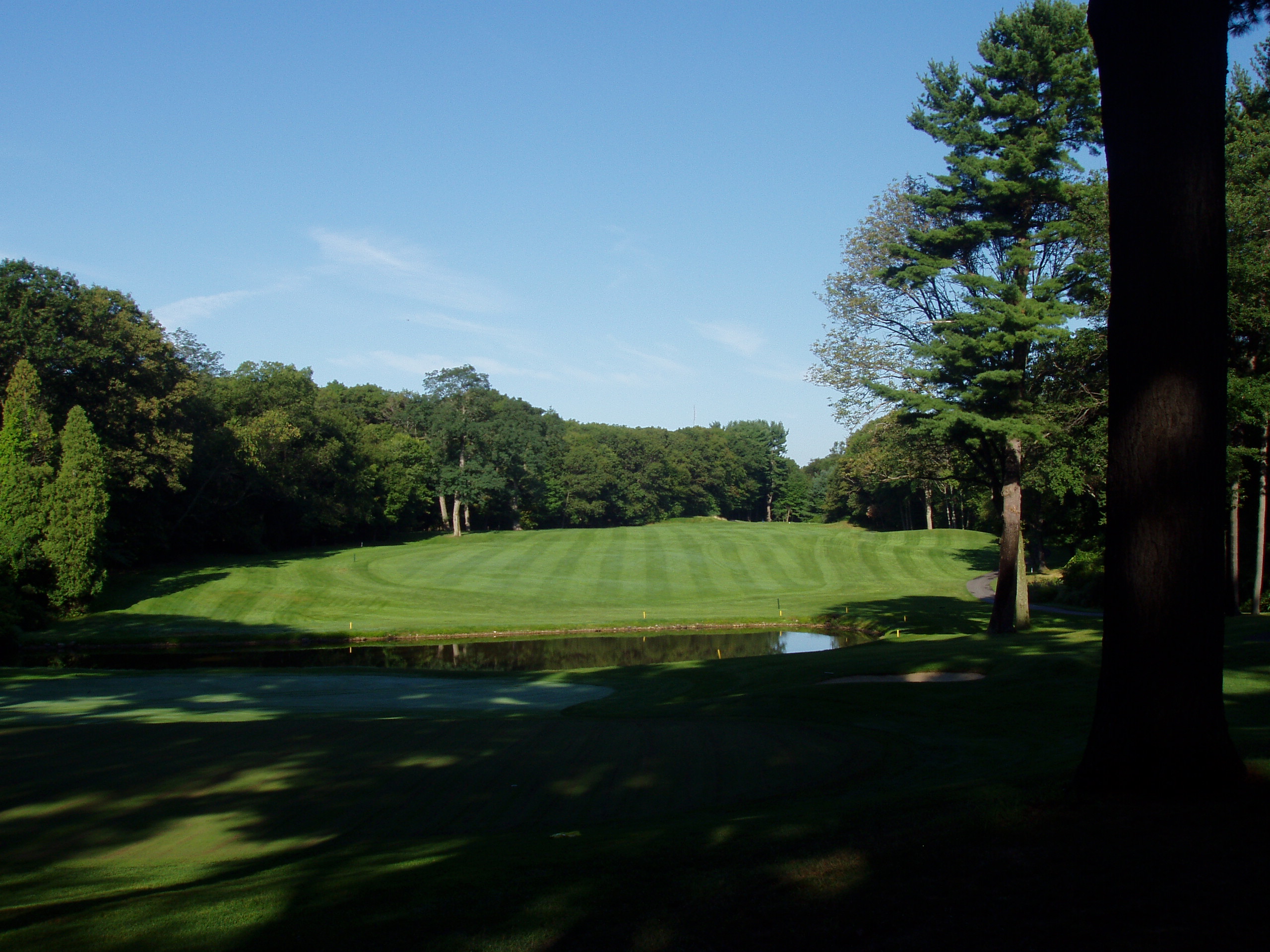 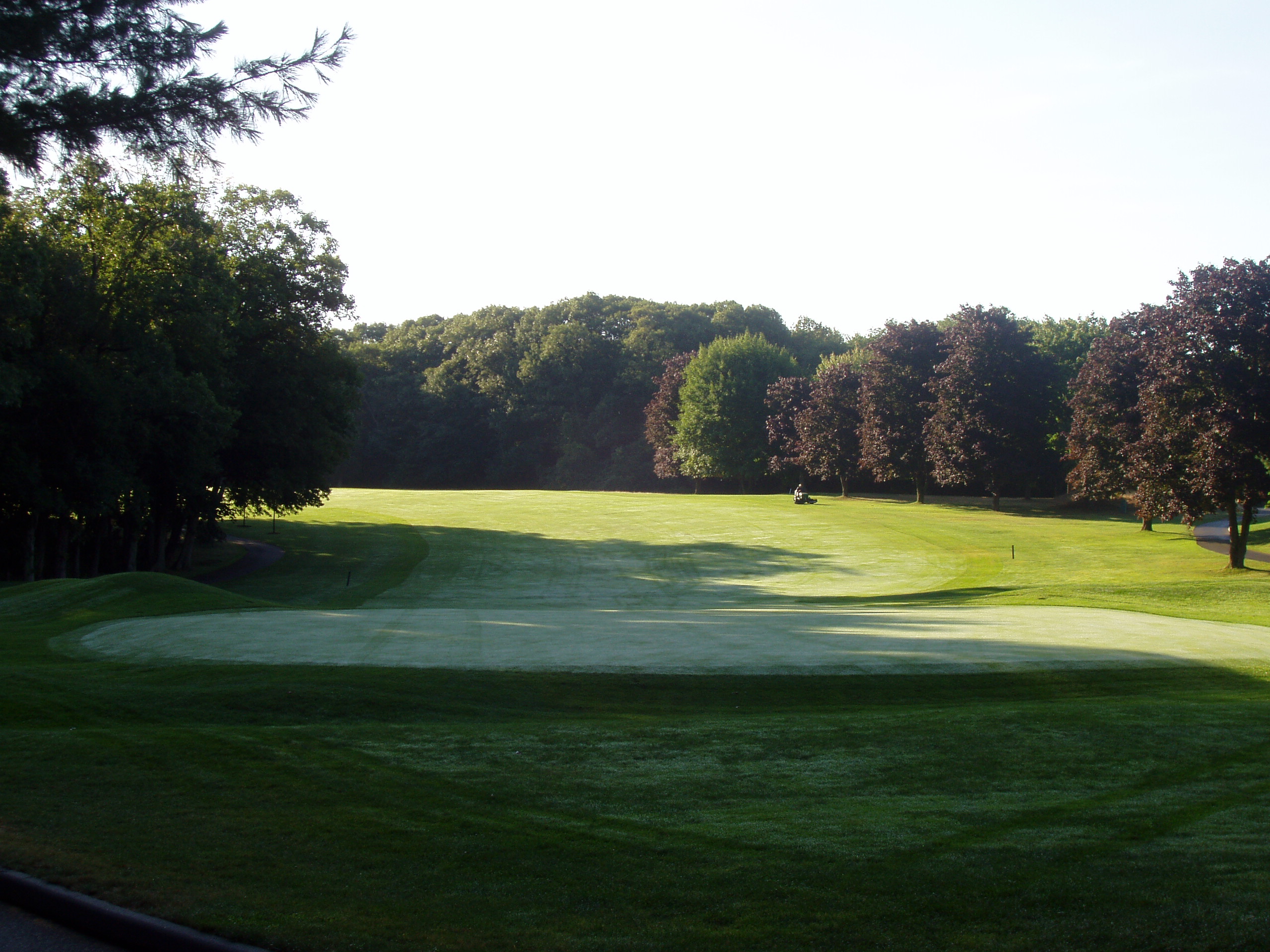 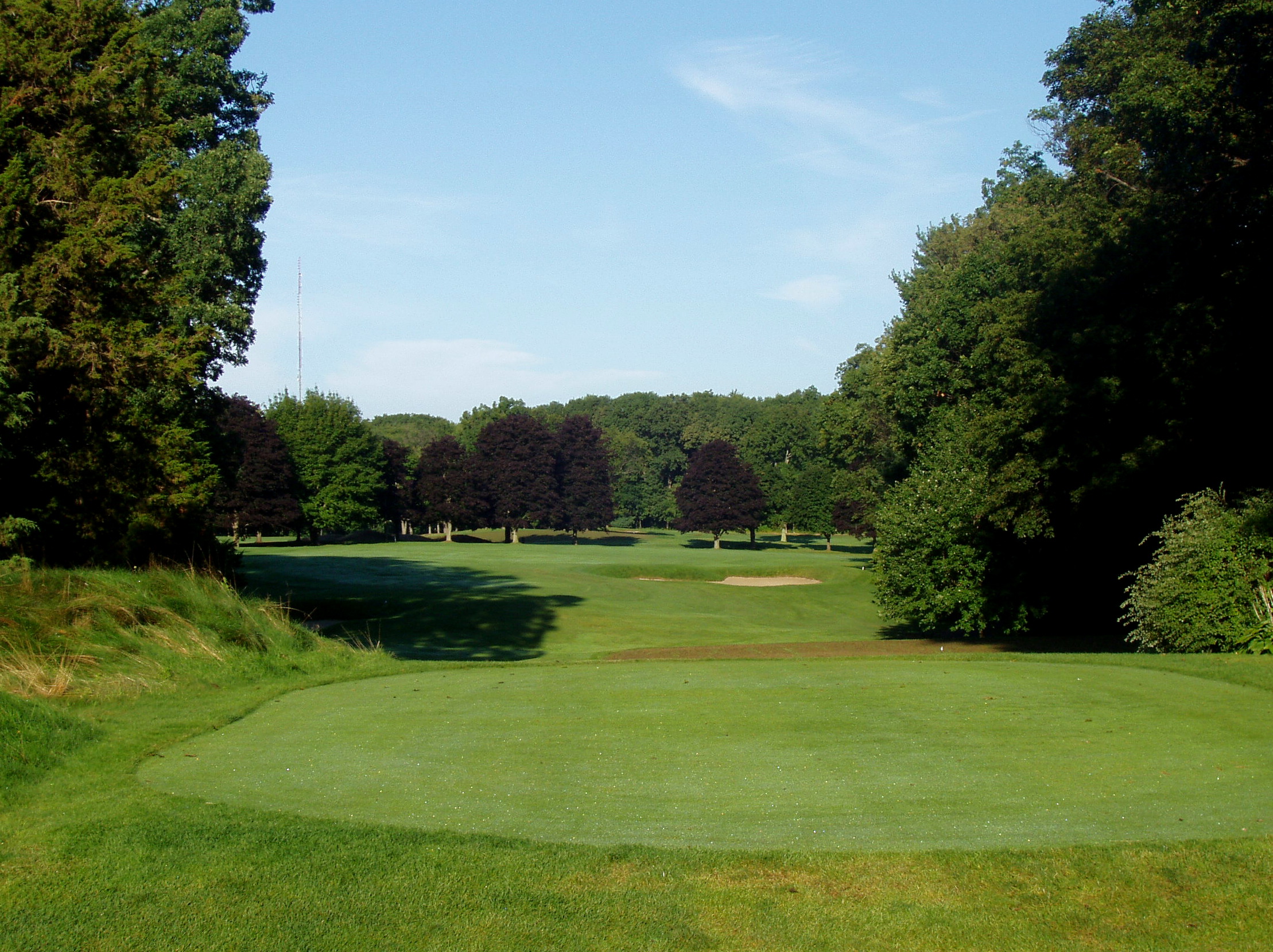 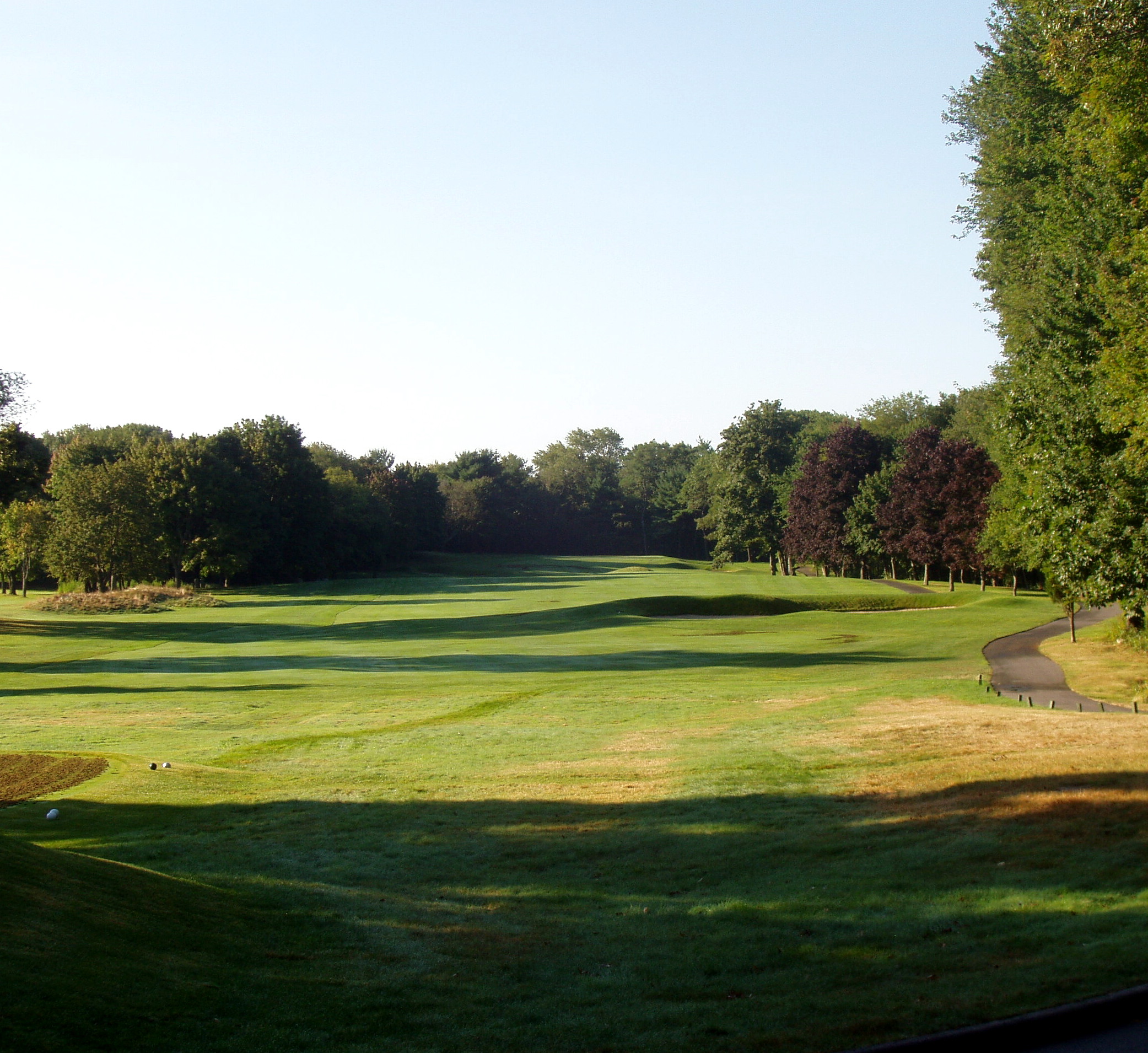 One more, here is a pic I scanned. I took this 2 months before the Senior open in 2001.
You’ll never see a prettier par 3 anywhere. The green is normally pretty slick and sloped from back to front. Plays about 175 from the new back tee. Back in the 80s the back tee was around 165. I watched Jack Niclaus play this one in a practice round. He had never seen the course and hit a 6 iron to about 7 feet. 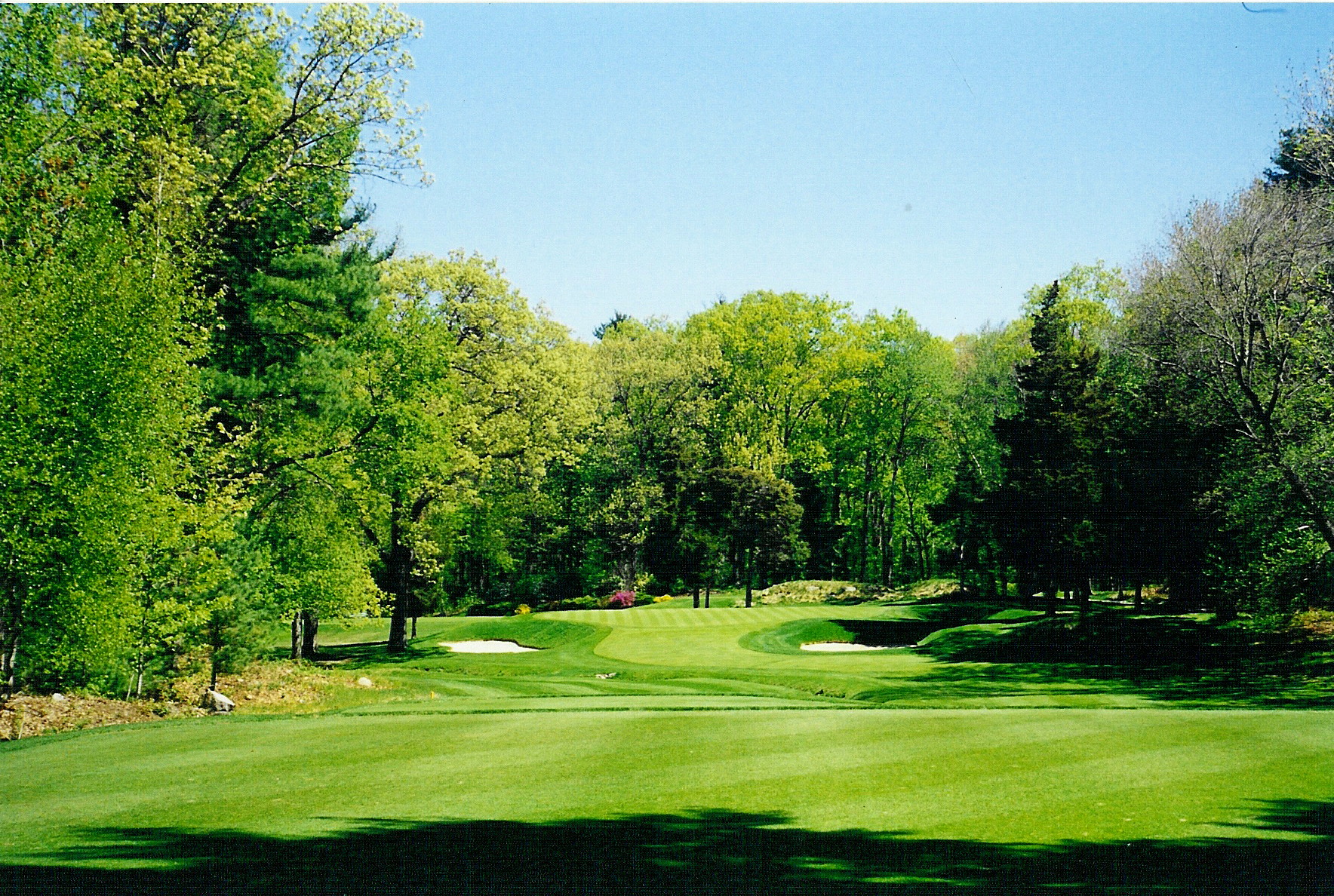 Two Masters,
Just to piggy back on what Mashie said. They did host the 01 Sr. Open at Salem. Fleisher won with a score of Even I believe. Nobody broke par. It was a very steamy July week at Salem. Jack Nicklaus would have been in a play off, but he bogied 2 of the last 4 holes. He really lit up the front side on Sunday. I was there very day including all the practice rounds. I took the week off and Caddied in it. I know a few Members who are Officers at Salem and thats how I got the bag. I also caddied in the 1984 US Womens Open when it was at Salem. I was Freshman in HS at the time. I had a no name in 01 , but we played a practice round with Jose Maria Carinesares and Vicente Fernandez. Both super guys. Jack and Arnie win in the group in front of us on Wednesday.

Mashie is right when he says Salem is one of those courses you’d love to play ever day. It just reeks with Character. Its a great atmosphere being there and the layout is classic Ross on a super piece of wooded rolling property. Top shelf all the way. I felt extremely fortunate to be able to play it the days I worked there. I also made some great relalationships with a few of the members.

Thanks a bunch freddie for a pleasant trip down memory lane…

Wow, they must have put those pics up recently. I had no idea they had pics on their site. Playing 7,8 and 9 when the sun was going down in the summer, then hitting Woodmands after for some clams, or the Sea Witch on Rte 1 with a few of the assistants was pure heaven on earth. What a place! Thanks for sharing that.