This could be posted in a countless number of threads here on this site but thought the equipment area was most appropriate.

We often hear talk about …“Well I hit an 8 iron there and I can hit my 7 iron 170 yards and the such.” and how interested everyone seems to be in length and bravado about what club they hit to a hole

Imagine asking his caddie…“Hey Bud, what did Ryan hit there?”… reply…“Well he just cut in a 25 degree’r” 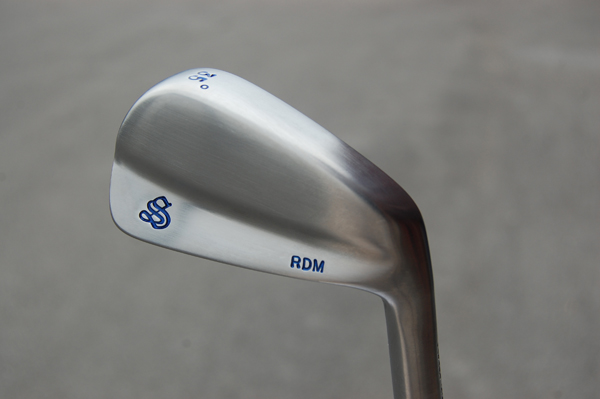 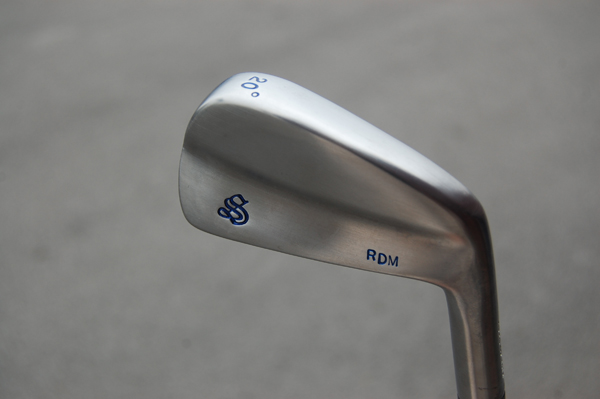 He’s using a set of the AR-1 irons for the Masters to get a little more height on his approach shots… but those SB-1 irons sure are sexy.

And I love the “loft instead of number” idea. It’s a good deterrant from wandering opponent eyes, lol.

Those are the Scratch Golf irons. For those who don’t know, Scratch Golf first started out as a wedge company whose claim was that they had the patent on the softest steel available for golf clubs. The steel is called 1018 steel. I’ve been told that Hogan (pre-Callaway) and Wilson used 1020 steel back in the day. Usually the softest steel you see today, mostly done by Mizuno, is 1025 steel. But you see other steel used such as 1035.

There was a study done awhile ago where they gave golfers a forged club and then tested it versus a cast club and wanted to see if they could actually feel the difference. The results were that the golfers could not tell the difference. This never made any sense to me because I could really feel the difference between most cast and forged clubs. The CEO of Scratch Golf told me that the study was flawed because they had golfers hitting the same type of steel, just one club was forged and one was cast. But the reason why I could tell the difference between forged and cast is that the forged clubs I was hitting had a softer steel. And with Scratch, they are supposed to have the softest steel available.

Eventually Scratch started developing irons, then hybrids and putters. They also added famous club grinder Don White to their company. Their products are not cheap (Wedges go for about $150, Irons go for about $1,200, putters are really $$$$). They also have a ‘Tour Custom’ department where they will design and grind the head to your liking, just like MacGregor used to do years ago. Problem is that the Tour Custom wedges are $250 and the Tour Custom iron sets are $2,500.

I’m actually heading to their Chattanooga plant soon. It’s supposed to be tomorrow, but the person who is supposed to meet with me hasn’t gotten back to me. I’m going to try out their wedges because my current wedges are cast and well too upright for me and I don’t like many of the modern forged wedges.

I have a set of those made up…I designed them myself at the Oregon plant before they moved to TN. Nice sticks. I had the heads shaved considerably to look like MacGregor Muirfields and they came out a bit light but nice looking, especially since I designed my own look.
Got them in gun metal and my name on them. Very cool company. The guys there Ari and such are great to work with. Plus they design them for you which is an awesome option.

Ari likes his classic clubs and hosts the odd classic club game - here are some details on the next one:

We are planning a classic golf club outing for May 1 2010 at the Lookout Mountain GC in Chattanooga TN. Bring your Persimmon or Hickory clubs and your blades. Balata’s are extra credit! Sets of Hickory shafted clubs are even more extra credit! No modern equipment will be allowed during this round. No Steel or Ti drivers, No cavity back irons etc.

The round will be played Saturday May 1 2010 at Lookout Mountain Golf Club in Chattanooga TN. LM is a fantastic old 1925 Seth Raynor course that is just perfect for this type of outing.

Looking forward to meeting some of you guys!

Imagine asking his caddie…“Hey Bud, what did Ryan hit there?”… reply…“Well he just cut in a 25 degree’r”

This is very funny btw…

Hi guys, new to the forum, amazing stuff here, glad to have found it!

I play Scratch golf´s wedges with the so called “1018” forging and they are the best I have ever played, complete custom grind and a great feeling wedge, they really have nice service.

Weird thing I read though is that supposedly there is no 1018 steel based forging and they are actually made of 1025 steel, some site actually sent some scratch golf wedges to be analysed and found out that it indeed was actually 1025 steel. Even weirder, 1025 is a better quality steel so why in the world would they advertise 1018?

Anyways, I really like the loft numbers instead of club numbers. The silly game some companies play by putting a certain number on the club and then delofting it by 2-3 degrees to boost egos is rather amusing.

I had an encounter once with a guy whos ballstriking was somewhat inferior to mine. He would on occasion ask me what club I was using for certain shots and I could see that he was trying to ascertain if he at least had an edge on me distance wise with irons (like it matters at all lol, but hey, I can relate, been there myself once until I gratuated and saw irons as instruments of precision rather than power).
At the 17th, a short par three we both hit good shots landing just below the flag on a upward sloping green. After my shot he asked me what club I used and I said pw. He smiled and told me that at least we were equals distance wise in the short irons.

I smiled back and told him kindly that nr.1- it doesn´t matter and he shouldn´t concern himself with such comparisons and nr.2 my pw was 50 degrees (2 degree delofted hogan apex redline") and his was probably about 46…I couldn´t resist:) He immediately became defensive and the whole thing ended in a pissing contest where I naively succumbed to the chilldish boy inside and shot two shots, one with my pw, the other with his. in the end I did prove my point by about 1 and a half clublength.

Scratch Golf responded about that 1025 vs. 1018 controversy.

I’ve been told that 1018 is not an inferior metal and that Wilson used to use it back in the day. I’d imagine that some of Lag’s Wilson sets are 1018 metal.