Players looking for a balata-like ball

Just out of curiosity, what would be your estimate number of golfers that are looking for a ball that has the characteristics of an old balata ball? I’m new to this forum, so I don’t really have any idea how many people are doing this. My theory is that if there are enough players looking for this ball, we may be able to convince a manufacturer to produce one. It would be a niche market, but if they made it right, they would have the market. I know there aren’t that many compared to say those who use the ProV1, but they wouldn’t even have to stock it in stores, it could be an online order only type deal to keep costs down. Maybe I’m only dreaming, but it seems like this is the direction golf is going to go to me. I mean, how much farther are balls going to be allowed to go? When the companies max-out everything, they will be looking for the next big thing. Old school. Like Lag said, all it would take is for one major name player to come on board, and it would be huge. People buy new drivers all the time because hitting them doesn’t feel all that great and they think a new one will be better. But a persimmon driver has the feeling all the metals strive for. I don’t have any delusions about old golf taking over the world, but it seems like there are a lot of people out there tired of the direction the big golf companies are taking the game. Just a thought.

The equipment companies would be smart to push balata, because if you make a bad swing you can rip the cover off one… or leave a huge smiley face making the ball unplayable and you are reaching for a new one very quickly. Players new to the game have no idea how bad a cut on a golf ball from the balata era could be.

For the better players, the balatas are great because it really widens the gap between the real ball strikers and the mediocre ones.

Balata is the players ball.

…or leave a huge smiley face making the ball unplayable and you are reaching for a new one very quickly. Players new to the game have no idea how bad a cut on a golf ball from the balata era could be.

Those were the days my friend, who thought they would ever end.
Found one of these at the range one day and stored it away as token…just because. Now it has a permanent home at ABS, which by the way is in the background. 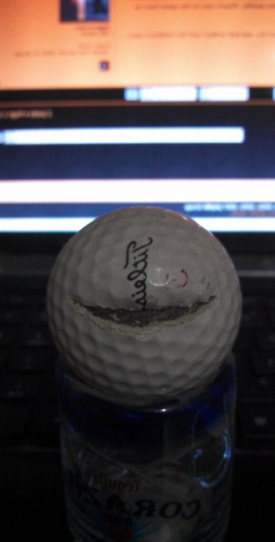 There was somebody on this forum a while back who took a serious look and did some inquiries. He found that the manufacturers had all gotten rid of the winding machines. They did this because it costs them much less to produce solid core balls than to purchase the balata material and wind it. When demand dwindled, they made sure there was no going back.

It would be a solid core ball most likely, but just tweaked for the characteristics we’re looking for instead of distance and straightness. Read that the Masters people were looking into using one ball so we aren’t the only ones tired of the long, straight rocks. Also, Mike Just, of Louisville Golf, pointed out that there already is a private manufacturer of old golf balls. McIntyre Golf Company. Problem is, they go back too far for our purposes. They make equipment for the hickory age. Maybe they could be persuaded to add a newer ball to their lineup.

The old Spalding Tour Edition was not a wound ball and spun like crazy. Greg Norman used it quite successfully.
I’d be happy to see something like that come back. Seems doable. But of course the wound balls are still best.

I remember reading that Hogan carried heat packs to help keep the covers soft. Maybe heat could effect a modern ball? Are those heat packs or cigarettes? Probably wads of cash. 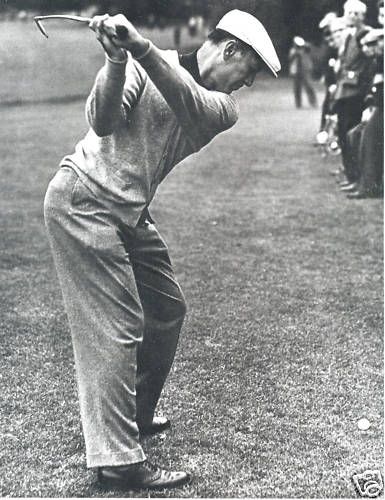 I’ve actually played with the McIntyre golf balls. Ordered a couple of different models to give them a try. I was shocked when I hit them… hard as a rock and didn’t spin at all. I contacted McIntyre to ask how they were made. It turns out they order new golf balls (didn’t say from who) as blanks, without dimples on them, and then use molds to place the dimple pattern. Modern insides didn’t mix too well with those old dimple patterns, and didn’t feel good either.

I emailed Wilson after this and explained how desperately players like us wanted a ball that really felt and played like the old balata; that I and many others had been playing the FG Tour, and it’s good, but we want better and were willing to sacrifice distance for the spin, feel and playing characteristics of the old balatas.

I didn’t expect a response… but to my surprise and excitement I got an email a couple weeks later saying 1) I was not the first person to say this to them, 2) He would pass my comments on to their manufacturing team because 3) They were working on a new ball line for this fall.

Who knows what that ball will be, but I’m keeping my fingers crossed!

I emailed a company, tdoffgolf.com, who is a manufacturer, to ask about the kind of ball we are looking for, and was told it would take 3-4 months to develop. Minimum order is 1000 dozen $21 per. The challenge will be getting them to really understand what we are looking for and not just repackaging what we already have. Also, I’m not sure how much leverage we would have without a blank check for development. You might get lucky and hit it perfect on the first batch, but not very likely. However, there are many companies making balls in Asia, so you might be able to bypass the middle-man and work with one directly and get a much better deal. Funny how when you tell people that you don’t want your ball to go as far, they really think your mental.

One in Asia sounds great as it will save me on postage and import duties!

I have recently been playing the wilson FG tour.

Has anyone else tried this ball? 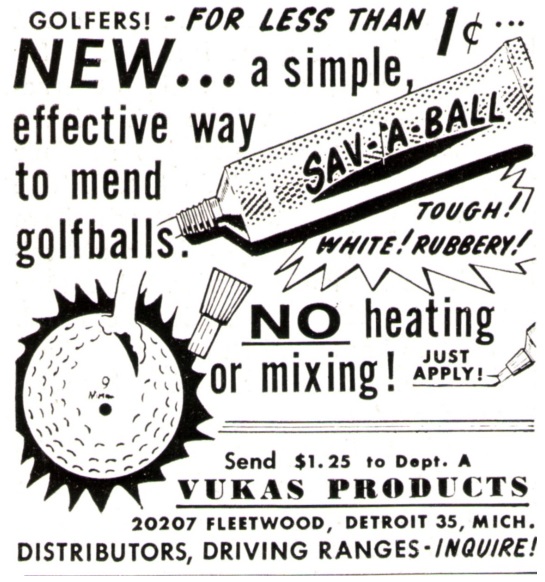 I tried the Wilson ball, but didn’t like it as much as a ProV or Taylormade that I normally play.

Is anyone still playing the Precept Lady?

Played the Wilson FG Tour the other day. Seemed good to me. I’ve played the Precept U-Tri for years(Had a couple dozen from Years ago), the Wilsons have a similar soft feel to them. I had good distance and they spin, so I liked them. The ball flat stops on the green. Need to find some more since I think they are being discontinued, if not already. I also have never played the Pro V. Thinking about finding some used ones to try. Won’t be paying $50 for balls.

There’s a similar discussion going on on a Golfwrx thread, good reviews on the Wilson FG tour as well as the some discussion about the Precept Lady IQ.

Always positive that others are concerned about such things as a ball that plays a bit softer, shorter and spins more.

“That doesn’t happen with a hard-cover or solid ball. It simply pops off the club-face.”
Thanks Titleist!! 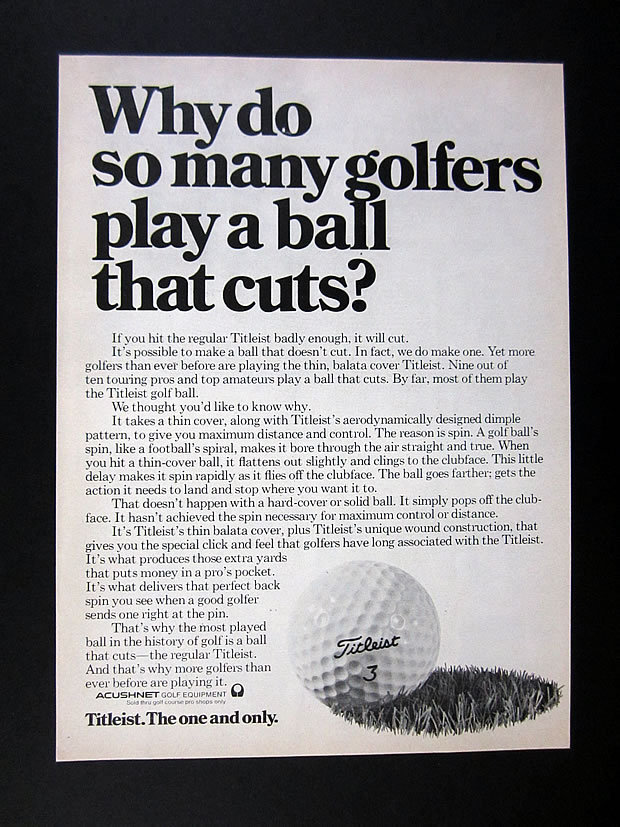 Does anyone have a stash of old Titleists that they still play? 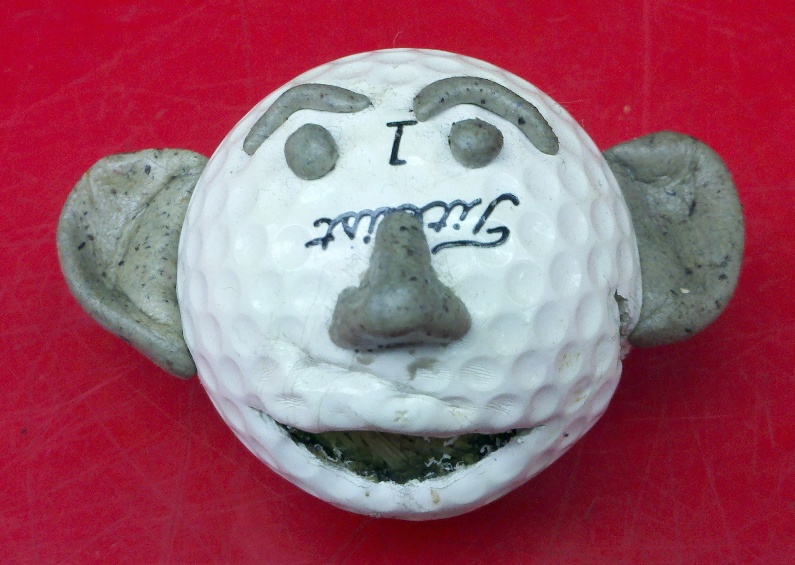 Went to a golf expo the other day. Its strange after moving from the bay to chicago I realized the golfers get antsy and put up these golf expos where they try to sell you the best and newest gear. I went just to see what kind of crap the general golfing public gets spoon fed. I looked around for about an hour or so and i found something amazing. In the same shop was a box of ballatas and 2 boxes of wilson FG tours. I got out of there for under 20 bucks. Should be set for the season!