Hi, I’m new to the site, I have been totally out of the game for a little over five years and I’m pretty much starting over from scratch. I got bit by the bug again and I need to find a master craftsman. The set I played through college and after was stolen more than 10 years ago and I finally found a (kind of) replacement. My old set were '92 Hogan Redline Apex’s which were custom built and fitted to me at the old Ft Worth Tour Shop. Losing them was like having my leg amputated and was the biggest reason I stopped playing, since Spalding had sold off or thrown away all of the Hogan back stock and inventory.

Anyway I just bought a used 2-E stock set off of Ebay and they need a lot of work. I doubt these heads were gram weighted, I know the old apex shafts were not frequency matched. Ideally I’d like to get the heads re-chromed, have the grooves reset to 2010 regs, specs at: -1/2", D4, with DG S400s. I know now the swingweight will be an issue since stock Hogan Irons are always either +1/4" or +1/2" making the heads naturally light. Hopefully I can find I happy medium through a combination of length and lead shot in the hosel without affecting the head balance or trajectory. The lofts were always fairly weak, nowadays Very weak and adding shaft length means messing around with tipping shafts and strenthening the lofts to avoid ballooning shots. I also have two wood sets I’d like to get refinished and shafted, one a '54 Eye-O-Matic M85W 1-4 and a Non Bore-Thru Titleist PT Driver, 13 and 17 degree.

I used to have all my club work done by Bill Orr in Orange, CA but I heard he retired a few years ago. I’ve been out of the game for what seems like an eternity and I figure if I’m going to start playing again I’d like to at least get my feet wet with equipment I feel comfortable with. I tried some Callaways on the range and they felt like plastic toys, light as a feather, no head feel and I had no idea where or even if the shafts were loading. Whoever thought of bore-through irons with taper tip shafts was playing a different game than I. They look like toys too…but whatever.

I live in Vegas now and I doubt there are any master clubmakers here, so I’ll have to send them off. Time is not an issue. If anyone has a good recommendation I would be very grateful.

Welcome to the forum. I havn’t any personal experience of rechroming but I believe that Jim Kronus at the Iron Factory http://www.theironfactory.com/ used to be name that used to get thrown around a lot. But worth doing your research on the net as there are suggestions of problems both with environmental regulations and also more recent quality standards. The other name I have seen bandied aboiut is http://www.qualgolf.com/polchrome.htm but again personal recommendation is best.

On restoring / refinishing persimmons I have a bit more experience. I just had a 1950’s M85 wood set done by PersimmonPal (John Hayes) in Massachusettes. John has 20 years experience in refinishing persimmons as a hobby and does it mainly for the love rather than as a commerical venture, though obviously he doesn’t do it for free. It was fun going through the different options such as paintfill colours, linen or traditional whipping, gloss or satin finish. Here are some before and after pics - have more if you would like to see them. Just drop me a pm if you want Johns details. 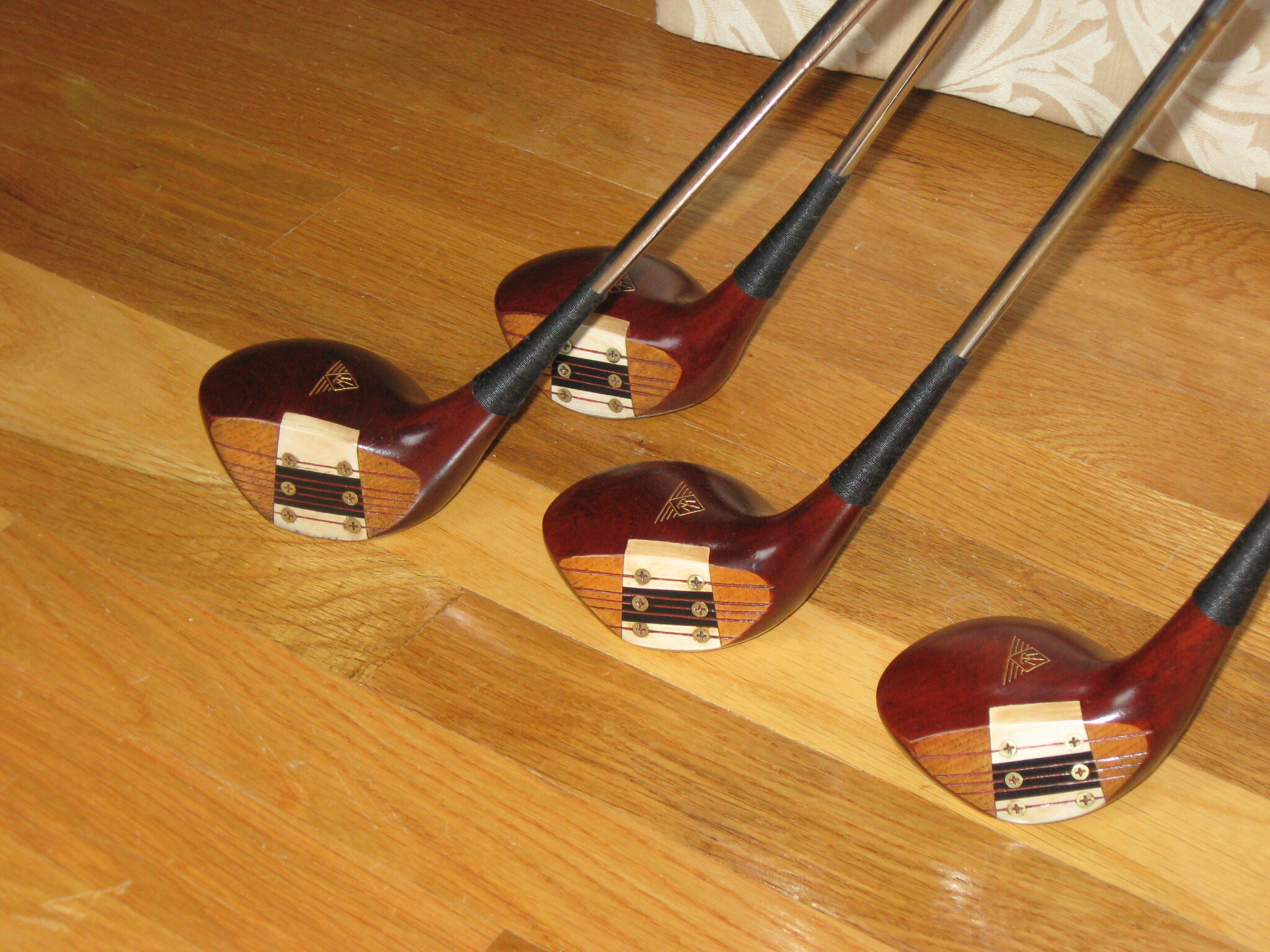 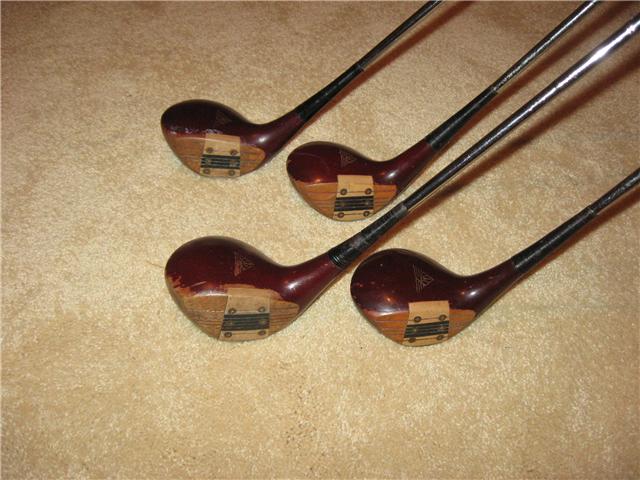 You almost have to do your own work these days…

An entire industry, one of many fine craftsmen has been pushed out to pasture. Not sure that is a good trade off when I see the junk that is being passed off for a golf club.

Give Vic Wilk a call over at the Las Vegas National… he has a decent repair shop, and can do about anything there.
He’s also a fabulous player and really understands gear, both old and new…

Hey thanks for the info, I’ll give Vic a visit and get his opinion on my sticks, and I’ll definitely come and hang out for a while at the tourney, I have a feeling I’ll see some familiar faces. No way I would play though, got no sticks yet and besides I’ve been out of it so long it’ll take months just to get back in playing shape. I get stiff for days after hitting a small bucket right now. Absolutely disgraceful being 35 and this out of shape, really embarrassing. Family life I suppose, tired and lazy from all the Honeydoos, hehe. Oh, yeah, my name is Alec, and I appreciate the help.

Nice set of Macs too Arnie mine are pretty similar, I wonder if anyone does resin inserts these days? Seems like the only ones left are cylomac or whatever it’s called… I wish I could get a hold of my old club guy, he sent all his rechroming work down somewhere in San Diego, but I never knew the name of the place. Stinks because they were miracle workers, did the best work I have ever seen without ever losing any swingweight. I never thought of the environmental factor either, but it makes sense, very toxic stuff. This is gonna take a while but it’ll be worth it in the end.

The San Diego place would have been The Iron Factory. Unfortunately it seems that the polution story is true and not exactly a minor infringement:

I think they decamped to Colorado subsequently.

P.S I have seen some pics of a 1962 Dynapower Turfrider set refinished / rechromed - see attached. They look lovely though I not sure I could be bothered myself as long as my set played ok. 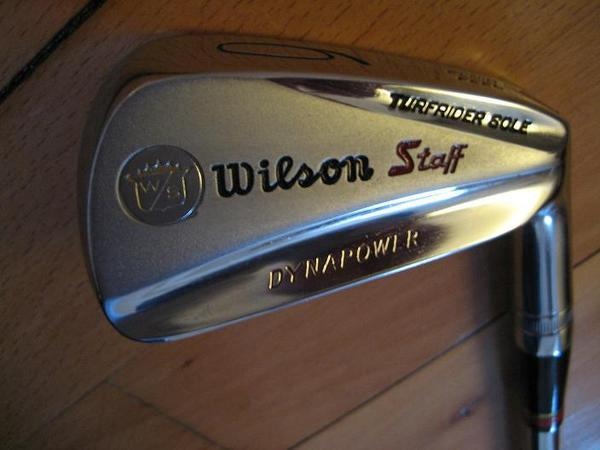 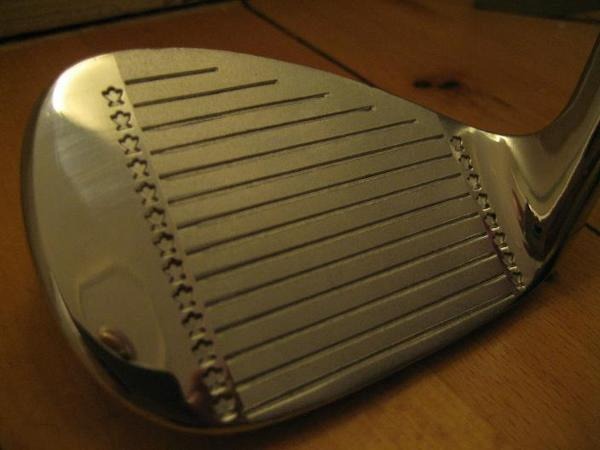 I had The Iron Factory re-chrome 2 sets for me back in the 2001 timeframe. One was a set of Miz MP-29’s and the other some Hogan Apex. They did a nice job and I believe they use a copper underplate to keep the weight up (a process step that I understand separates them from other re-chroming houses).

I’m not sure how durable any re-chroming job is as its seems like I wore the 29’s out within the next year or so. It was still worth it to me.

ps… damn those are some good looking Macs Arnie!

Not sure how far you want to ship your clubs, but:

You might want to try the Maltby place in Ohio… they’ve been around for years and seem to have a lot of craftsmen. Up until just recently they used to advertise services for the older clubs.

Another is the Golf Care Center just outside of Washington, DC in Bethesda, MD. It’s owned by Wade Heinztelman whose brother Webb used to play on the PGA Tour back in the 80’s (Lag and TwoMasters maybe you know him?). Anyway, when the tour used to come here for the Kemper a lot of guys used to visit him - especially Fred Funk and Donnie Hammond.

I had my old Apex II irons reshafted there back in the early 90’s and was very satisfied at that time.

Wade is great - very nice and skilled - but he wouldn’t bend my 66 dynas 4 flat off 1970s standard. Thought I was crazy

I ended up bending them myself and they’ve been fine.

I’ll second the recommendation on John’s (persimmonpal) persimmon refinish work. John has refinished a M43T 4-wood for me, and i hope i’ll be able to send him another refinish job sometime soon.

As for rechrome work i’ve seen some work done by aceofclubstp.com on another site. here’s a picture of some work done on a set of 1983 titleist tour model 821:

Some beautiful stuff there guys.

It surprises me how they can seemingly re-work the grooves in those old Wilson irons. Very impressive .

I know this is an old thread, but wondering if Persimmonpal is still in business, would like to talk to him about a couple of persimmons I have come across.