I’ll try to make it short as possible… I followed Lag’s advice and obtained a persimmon driver and 2 wood from him (Best driver I’ve ever owned) … Only club in bag that didn’t go left… I was still hitting shots left when I missed with every other club, courses I play don’t like a long and left miss… The two wood I was also missing left, so a light bulb went off… Why not have all your clubs feel the same as the driver since you can control it… All the lies sole flat on the ground so that wasn’t the issue… X-100’s so that wasn’t the issue… I put Lead tape all over the two wood, cured my nasty left miss… Hooked a 4 iron off the planet a few days ago, another light bulb… Weight up all your irons to feel very heavy… I’ve always had fast rotation since my baseball days and onto golf and am working hard to employ a Hitters release (Not quite there yet)… So, here’s some pics of tweaking the weights of the clubs to feel heavy like Lag suggested… Neil (NRG) flattened a few clubs for me (Titanium), but could still hook the hell out of it when I missed. Weighted those up nicely as well now I can feel the clubhead and rotate hard left and the clubhead I feel is not flexing forward… Much easier to feel gravity dropping the club then I can go hard at it from there… I know you’ve probably heard all this before, but I’m stoked… Tonys driver shaft is an X100 tip trimmed by about 4 or 5"", no butt trimming at all, so pretty much as stiff as you can go without getting into tipping even more and adding butt extenders. Tungsten powder was mixed in with the shaft epoxy, so they must be really heavy now with all that lead tape. 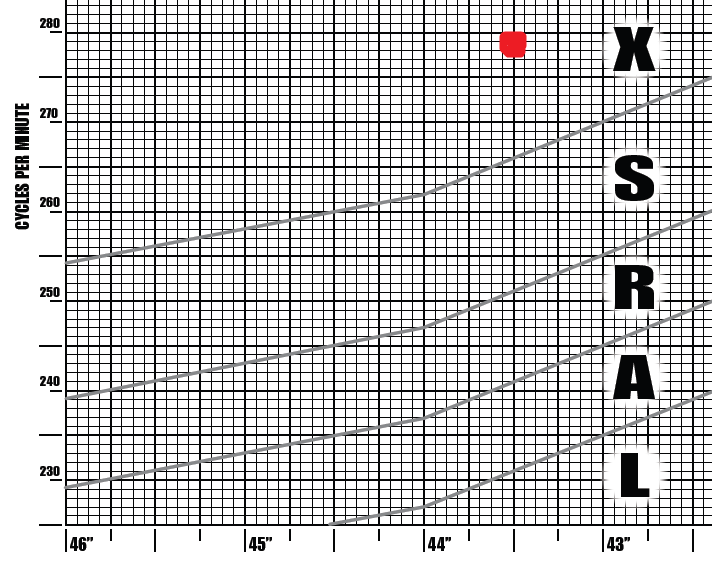 Tony, I’d check the offset as well. I’ve bought all kinds of blades from the 80’s that are advertised as
No offset, but when they arrive it’s very much there. When I look at modern blades in a store they
All have tons, thats how they get the strong lofts I suppose.

Your playing modern blades so I would imagine they have more offset verse what a lot of folks here use.

Hard to find people who can remove it, a lot of us do our own.

I had a set of macs from the 80’s that had very little and I hit them pretty good, very straight, but one
Night I decided to get as much outta there as I could, I like them a lot better know. Especially in the
7 thru wedge. Allows me get real aggressive with the short irons knowing no way its going left.

Just looked at em… Yep, quite a bit of offset… What are the disadvantages?

What are the disadvantages?

I think John gave you a pretty detailed answer in your "Who do you think you are?’ thread. Give that one a re-read, yeah?
http://www.advancedballstriking.com/forum/viewtopic.php?f=41&t=3042&p=38909&hilit=offset#p38909

Thank you for that Newman, was hitting the ball pretty well today, but hooked my 4iron left of Mars on a par 3 (got up and down though

… I take it this is way too much offset designed by Mr Miura?

A lot of the vintage irons had more sophisticated designs. They made clubs for good players. Now clubs are made for hackers in general. Companies used to pride themselves in making a “players” club. Now it’s the opposite.

I don’t even know what today’s “forged” means. Most I have seen will snap in the vice and seem cast to me. The vintage blades used softer steel and you can move them around easier in the vice.

The heads were heavier so less lead taping is needed. Thinner flanges with more flat grinds are a better design for good players.

Removing offset is more critical in the short irons because the loft of the club means you are going to be hitting the ball higher up the clubface… so in that sense, we need more face progression there. I don’t like any in the long irons either.

Can you get a picture of the head where the face is square instead of shut? Then it’d be easier to judge the offset.

Here’s the 8 iron. Made sure it was square… I’ve made a decision… I’m going to invest wisely… With the custom options I put in 2 grand plus into the Miura’s , I’m going to sell these, get a set of ABS irons, and put my money into Bradley’s 5 lessons… After watching his vids, I’m very impressed with his abilities as a ballstriker and competitor… John, shoot me a PM of some sets you have for sale… Cheers you guys…

that’s quite a bit of offset especially with shorter hosels they make these days, it’d be hard to remove it
compared to the older stuff with long necks. that’s pretty much the first thing i look at if i’m buying
a set on ebay, at least with long necks i know i can make alot of changes with them. i like messing with
the gear in the garage when the family is in bed but you are wise just to go straight to the source and
get one of lag’s sets…if i was more serious about my game or played competitively that’s what i would
do.

i’ve sold several frying pans won in scrambles or tournament gifts etc that never made it out of the wrapper and
went straight to ebay, took the proceeds and put it to some of Lag’s modules.

I probably can get my money back, since there are people who want these blades so bad (for whatever reason)… I should have known better, played this game for 20+ years and I’m always learning something… I have never taken lessons, thank God for that, but I feel it’s time to learn from the best… There is not one teacher in the Top 100 Golf digest instructors that come even close to Bradley and John… I’ve worked hard at the game for a long time, (had a setback due to a broken leg last year) currently a +4, sounds impressive but believe me it’s not at all when I play Olympia Fields cc and shoot 70-72, that won’t win a dime for the goals I have now… The +4 handicap just due to shot selection, maturity, natural ability, and not trying to overpower courses… I haven’t even come close to reaching my potential and am willing to put in the time and learn what it takes to strike the ball correctly… I don’t have the bomb and gouge mindset, although I can bomb it… I know I’ll never perfect the golf swing, but good god, I’d love to step on a tee with 100 percent confidence that I’m going to split the middle of the fairway and be able to work the ball into pins… I have the Hogan vs. Snead dvd, what a display!! In my heart I know I’ve been missing something, which led me here… My brain is not wired to hit it, find it, and hit it again… The only reason I score decently is because I don’t take chances that I can’t pull off… If I have a short par four for instance, I’ll hit 5 iron off the tee without thinking twice and hit a wedge or short iron in… My last tournament was a Hooters tour event like 5 years ago , I shot 67-84… Mentally I said, I’m done… Something inside me now says “I’m just getting started”… On a personal note, my brother died last year at 38 and my Dad just passed so I said to myself, life is too short, never give up on your dreams because I can be gone tomorrow… My friends don’t help telling me I’m wasting my talent, but they don’t get it… “You belong on tour”… Right now I know the only check I’d collect is a reality check… I know the gear is just a part of it, maybe even a small percentage of what it takes to control the ball… The tour is not my goal, being the best ball striker I can be is my goal, if that leads me to compete again, so be it… If not, maybe I can pass the knowledge onto others who are serious about becoming great players… If that’s the case, I’d like to be able to demonstrate pure ball striking instead of just charging $$ by saying blah blah blah… There’s my essay for the week…