Considering purchaseing a loft and lie bending machine. I have been looking around at prices. They don’t give these the things away.
Are they worth having?
Do I need an expensive one?
What are the name brands?
Are there any other tool that I could just check the loft and lie with?
Just looking for some insight if I was to purchase one. I don’t want to waste my money on a cheaper one if its not worth having. I don’t see any on ebay at the moment so I assurme used ones are a little hard to find.

I had a good look into buying one at one stage, but couldn’t justify the price for personal use.

I did find it easier to just take it to the local pro, but the last guy returned a club I asked to be 4 degrees flattened (according to a lie board) only 2 degrees. Upon questioning him, he said 4 degrees is ridiculous and I wouldn’t be able to hit it. Explaining that the lie board now says I need another 2 degrees, he suggested I take lessons with him. Thank you.

For checking loft/lie, I just used a bevel box which I got off ebay. Bit clumsy, but repeatably accurate. I’ve also taken a photos and measured lofts and lies in Photoshop.

MItchell seemed to be the bees knees of machines when I researched before. I do remember reading the many regrets clubfitters had from buying cheap machines. But that’s clubfitters. I wouldn’t care if the machine said 60 degrees when it was indeed 62 degrees, as long as it was repeatable and the bending solid.

My 2 cents
I look at E bay and craigs list now and then—E bay will have em from time to time at about half the retail price
in decent shape…I found an old Van L (i think thats the name) on craigs list exactly like Lags machine for 60 or 70 bucks but the shipping
was a killer (well over 100 bucks) so had to decline. After saying all that, if you just have one main set to have bent, I would trust your local guy to do the job.
if you are like some of us goofballs with 4 or 5 (or more) sets of the oldies, then I would keep an eye out for the occasional bargain.
Steb is correct—the Mitchells are the nuts but spendy—the Maltby and the golfsmith machines seem to be about equal in quality.
I havent pulled the trigger yet—spent too much on clubs lately LOL
good luck and let us know if you spring for one

Steb
Can you please post a pic of the bevel box. 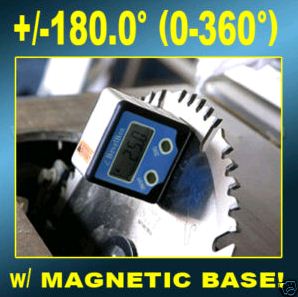 Thanks Guys, I have Sears digital level kind of like the one pictured but it is length is about 8 inches. I guess I don’t understand how you would find the loft and lie accurately and bend the club.

But everyone has given me some food for thought. I currently have to drive 100 miles to get my clubs bent and I question how accurate the guy really bends them. He doesn’t seem to enthused about flattening my clubs. Kind of looks at me like I don’t know what I’m doing. Whick I may not, but they are mine and I am paying for the service. If I felt I was getting quality service. I would just have them bent.

I bought a set of Ben Hogan Director Irons to play and mess around with. I love a bargin and the look of older irons. I like the fact they are not as strong lofted and you can eliminate a gap wedge with the older sets.

My VanL is great… we are really looking the bend our clubs… and get them set up correctly… or at least in the ball park.

I always check each club by eye anyway… and I want my gear to also look good to me, as far as how it sets up.

The machines are pricey, but an old VanL will do the job just fine.

Learning, tinkering around with your gear is a not only fun, but can improve your game if you move things into the correct positions.

Thanks Guys, I have Sears digital level kind of like the one pictured but it is length is about 8 inches. I guess I don’t understand how you would find the loft and lie accurately and bend the club.

Sorry, I only posted the Bevel box in answer to your question as to how to at least check the lies and lofts. I don’t bend, but there’s no reason you couldn’t bend, check, bend, check…

For simply measuring, I have a vice with rotatable pipe jaws, so I clamp the club in it so the grooves on the club are parallel with a bench top the club rests on. Then get rid of any shaft lean so it appears vertical from the side, keeping the grooves parallel with the bench…

If you’re gonna get one make sure you check all the specs and get everything you need for it, don’t jimmy rig it or go on the cheap. When I was in high school and junior college I did just about everything at the local courses to trade for greens fees and range balls, and I learned club repair from the pros. When the big course got a bender they got a real cheap stand up Maltby one and put it in the cart barn and didn’t even bother to bolt it into the concrete. The bar was junk too and it was a nightmare to use. It was the only one in town and EVERYBODY wanted their clubs cranked, the pros knew it was a pain and made me do almost all of them. When you use junk like that clubs get snapped, I managed somehow to only snap a couple but the point is do it once and do it right so nothing ever gets broken or makes big dents in the hosels. Plus it’s a real art to learning how much force bends what metal how much. that’s where a good bar makes all the difference. A nice big heavy bar does 90% of the work, one of those cheap little screw tight bars like I had to use kills your arm and shoulder. It’s more expensive to get the good stuff, but one screwed up or broken 5 iron means you just trashed the whole set and that costs more.

The more of these stories I hear the more fortunate I feel to have a club guy about 10 minutes away. He’s worked in the tour vans and for many local pros. I can pretty much get a full set bent to whatever I request (which is 5 flat now) for about $20.
He understands why I want the irons bent flat so we never have these debates that some guys here have had to deal with. I’m guessing he’s about 90 for 90 with no breakage to this point… and he has developed quite a touch… gets a lot of em done in one pull.

I found Lag’s VanL the best machine as it does both the lie and loft in one go and the bar he has is the longest heaviest I have seen. Lets ask Van L for a group deal to buy like a hundered machines.

I found Lag’s VanL the best machine as it does both the lie and loft in one go and the bar he has is the longest heaviest I have seen. Lets ask Van L for a group deal to buy like a hundered machines.

Must admit I was bowled over by what a great machine that was.