Leg Work of the Greats

I have been talking to Diz (over on Thunderdome) privately about getting his legs involved in his action for a while. A lightbulb finally triggered for him and he now has the last piece.

We are taught this in Mod 2, but I have my own take on it. It begins with a pyramid stance. Diz issue was he aimed his right knee “in” and restricted his hips on the backswing…so he was so tight his only option was to give up the pressure and release the right knee early thus going into early extension and hitting hit balls into the Oklahoma wind.

Instead the right hip needs to turn on the BS, and with it the right knee will move a bit as well. This sets up the Snead squat where the knees oppose each other in transition, and the space between the knees is maintained until delivery.

Here is Faldo at setup (pyramid) and at the top (note the right knee). 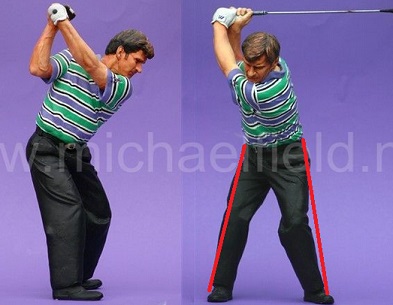 Here is Hogan at delivery (note the space between his knees): 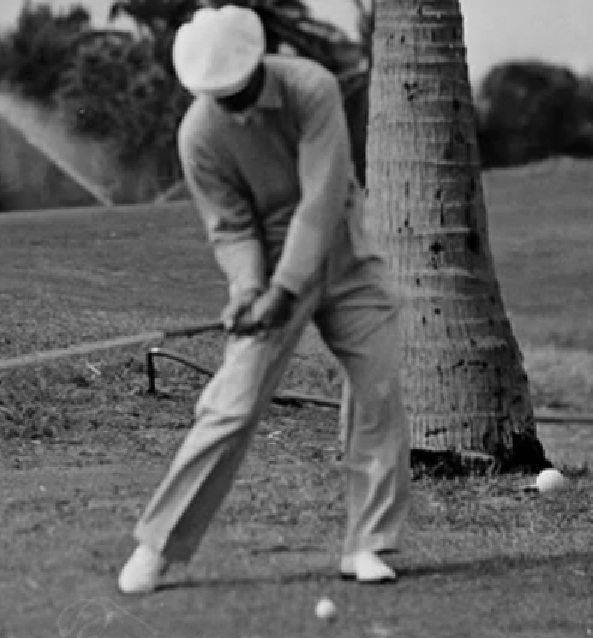 The greatest at it in action: 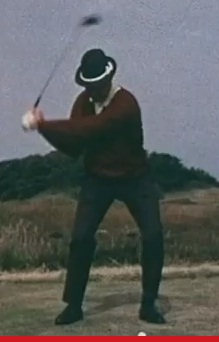 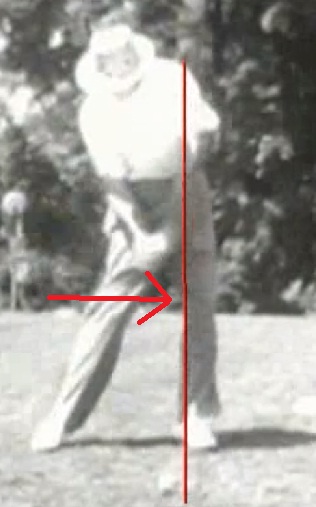 And me working on this very thing a while back: 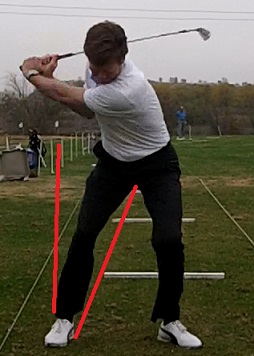 John does it also: 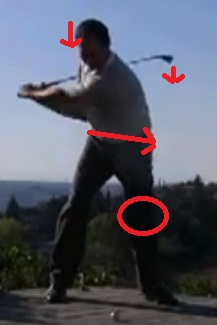 Nice find Grady. Interesting where he was talking about loosing traction and how that robs us of power. I like to feel my rear leg slide (a la G. Norman) but it appears it would be better intentions to keep the right foot stable for as long as possible.

Yeah we shouldn’t seek a slide. If it slides it is because it is being dragged by forces. It’s job is to grab, hold and use that grip for our torso to pivot against.

What I feel is that the more I squeeze ……… pulling my right leg in not sliding my foot………….the more my upper left arm sticks to my torso………………I know hard to explain but Im totally 100% convinced it does. Anyone else feel that or have an explanation.