…To play free of charge ANY modern equipment from manufacturer of choice out of tour, curious what would you would choose to bag?

Would you still even be blades?

Persimmon and blades only here.

The only irons I like are Scratch irons…because they are a fantastic company who build clubs from ‘Scratch’…no assembly line at their plant.
I got to sit there with a big blob of steel and help design my grind of the club to how I wanted it to look and prop the weight up to what I wanted and the set I have even have slightly longer hosels to keep head weight. Small head with mass behind the center…they are a beautiful set.
As for woods of today?..I have never fallen in love with the modern driver.
Growing up I used a PGF Ziggy then I had a Macgregor 693 and then a Wood Brothers Texan…that was pretty much it…3 persimmon drivers over 12-15 years and loved them all… well I had 2 Macgregor’s ( my original 693 split so I ended up getting a replacement of the same)…I have probably used over 50 metal drivers and the only 2 I can say I enjoyed and really felt a bond with were a Bridgestone J (very small head) in the early-mid 90’s and a Kasco driver I used in the late 90’s…after that it was hit, try, throw away. No love for any of them
I used the same Founders Club fresh metal 3 wood for about 8 years from 1994-2002 then it ran out of steam and the replacement back up just didn’t feel the same even though it was meant to be exact.

Like Lag said- money shouldn’t buy love and it certainly doesn’t buy you a game… love your clubs and they will love you back. I took money for using clubs- everyone does- but would have been far more satisfied to not be paid and make the money on the course with the equipment I loved

Rod did an interview with Ari Techner from Scratch, not sure if you caught it, but the company’s attitude made me a big fan. I can totally understand why Don White ended up there.

Link to interview, starts about half way through but the whole episode is a great listen.

Scratch irons and wedges are indeed a work of art and great irons.
At $2500 a set for the irons and $350 a wedge for the fully customised irons they’re out of reach for us mere mortals!
Would be in my bag if the lotto came up

Two – Any way we can see some pics of your Scratch irons?

Two – Any way we can see some pics of your Scratch irons?

They are on the site somewhere??? I will have to dig thru my old posts and see where I put them…unless someone can beat me to the punch

Two,
I enjoyed your reply. I also fell in love with a “J’s professional weapon”. I picked up demo 3 wood out of Nevada Bob’s (as well as a driver) I think in 1992. Best 3 wood I ever played, absolutely crushed it off the tee. I gave the 10.5 J driver to my twin brother, who used it half a season. Both clubs are sitting in my basement. Awesome sticks. 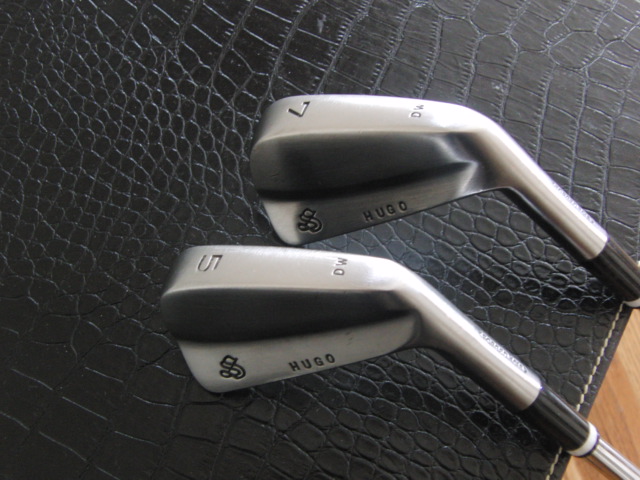 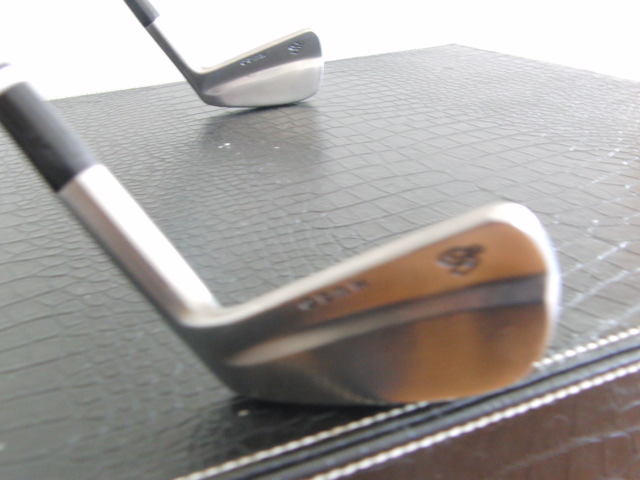 Those are some clean looking beauties!

When I went to the PGA Tour Merchandise show back in January, Scratch told me that they also offer a ‘flatback’ option. Basically this allows the golfer to make any design possible. For instance, let’s say I wanted the 3-5 irons shaped and weighted exactly like some Hogan Bounce Sole 1+ irons and the 6-PW shaped like some 1959 Wilson Dynapowers, they can do that.

Still a neat option to offer.

Scratch doesn’t make their hybrids anymore. They told me it was just an idea for some of their customers to complete their set, but they don’t have any interest in getting back into them.

but they don’t have any interest in getting back into them.

The 1957 specials that Miura have prodced look class!
Nick Price seems to like them and won with them on the Senior Tour.
Top player with top clubs!

I understand the reasoning behind RH only, but they are my dream set and I will never get 'em. Nice looking ones there 2masters, really like the lines on those.

I understand the reasoning behind RH only, but they are my dream set and I will never get 'em. Nice looking ones there 2masters, really like the lines on those.

Well, Hogan was a lefty, so never say never…