Look at the design of this putter that is leading the tournament in Hawaii right now. 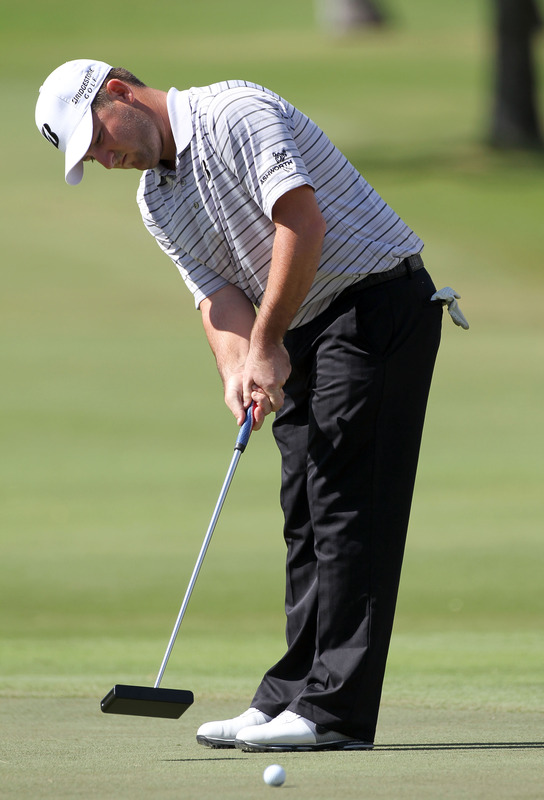 Isn’t there something in the rules like “The club must not be substantially different from the traditional and customary form and make.” ???

It must conform with the ‘Plain in Shape’ Rule.

In practice, the ‘traditional and customary’ Rule is rarely used – having been largely superseded by the ‘Plain in Shape’ Rule (see Section 7-Plain in Shape). However, it is still applied in those cases where the Committee decides that a particular club design deviates from the traditional appearance and/or construction standards, but which may not be covered by a more specific provision within the Rules. 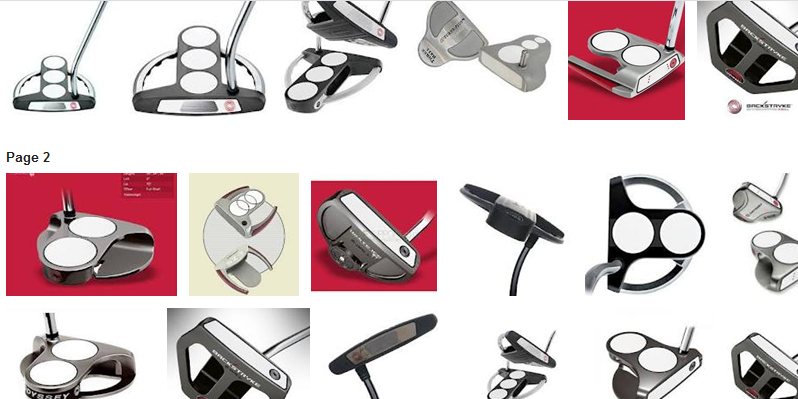 … but the fat paddle grip makes the Designed by Arnold Palmer and some of the early Wilson 8802 putters illegal.

We need an Occupy USGA movement.

… but the fat paddle grip makes the Designed by Arnold Palmer and some of the early Wilson 8802 putters illegal.

We need an Occupy USGA movement.

There’s an “occupy” movement I’d get behind!

Matt Every has missed a few short ones with that hideous putter tonight on TV.

is that the new i-phone with the putting application? awesome! does it have angry birdies? i want one. bad.
i will be able to update all my module progression on facebook with just tapping it behind the ball during my preshot
routine.

my wizard sportsman gets terrible reception these days and frankly i can’t text with it (omg). i need an upgrade but my contract is not
up of another few months.

I think the place for technology in a sport should be in the televised coverage or the ability to share the event via satellite, internet or so on.

I watched the NFL football playoff game today and was impressed by the technology invented to enable the viewing of the game to be much more accessible.

However, the GAME itself, seems to be the same game it was 40 years ago. Leather ball, same size playing field and so on.

In the US I think the NFL is the biggest sporting events we have. Yet the game has not been run over by technology. Baseball, hockey and basketball seem the same. I feel like a great player from the past could walk out to the plate or onto the field and feel right at home taking pitches, throwing a pass, or hitting a slapshot in today’s game.

What has happened to golf is embarrassing really. Maybe we need to all block Magnolia lane holding persimmons and refuse to leave until the organizers make Rory hit off the first tee with a wooden headed club. It would certainly make the telecast, if not the highlight reel!

I think it’s plain in shape.

If I were a competitor, I really wouldn’t worry about it because I don’t think it helps him make more putts and if he’s putting well, it’s on his own merit.

There was a putting research study done by some Swedish researchers on putting. They had about 130 subjects, about 30 of them were European Tour pros. What they found is that most of the subject’s aim was worse with the mallet and high MOI putters than a standard blade putter. However, the subject’s thought their aim was better (even though it measured out to be worse).

So it’s a real coup for putter makers. The golfer thinks they aim the putter better, but in reality they don’t. And then when they can’t make putts, they wind up getting another mallet/high MOI putter that they think they aim well. Rinse and repeat.

Having been alive in the seventies, I heard the phrase “Black is Beautiful” many times…
But, IMHO, it would not apply to that putter !!!

Now, to prove that Black is indeed Beautiful, I hope I may “Beautify” this thread with my Christmas present to myself…

This was Louisville Golf’s tip of the hat to “The Bear’s” weapon of choice during the 1960-66 seasons.

Going to be a fun club to put into play next year.

Now, if I can only beef up my hips over the winter and get that fade perfected ! 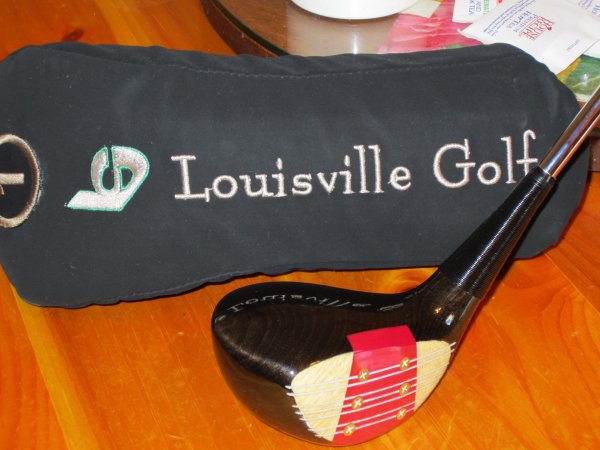 I would bet Every is not putting with it by summertime.

I guess I’m confused by this. It’s just a big, ugly putter. It’s clearly not helping him, or anyone else, make more putts. Complaining about putters that are held steady by your stomach or chest is one thing, but claiming that a putter should be illegal because it’s an eyesore seems absurd to me.

I guess I’m confused by this. It’s just a big, ugly putter. It’s clearly not helping him, or anyone else, make more putts. Complaining about putters that are held steady by your stomach or chest is one thing, but claiming that a putter should be illegal because it’s an eyesore seems absurd to me.

The idea behind it is that it is super high MOI and therefore resists twisting more than pretty much any putter out there. However, after watching his 4-putt with it, I don’t think it’s helping. I agree that it’s more just a repulsive putter than one that’s pushing the limit in terms of technology.