I know Lag has posted a pic of his 7i after intensive use here on the site. advancedballstriking.com/extras.html

Today i stumbled across one of Tigers iron sets which is currently up for action and apparently was used during the 2000/2001 period. I thought i share it with you guys since its really impressive imo to have such a tight impact mark pattern… 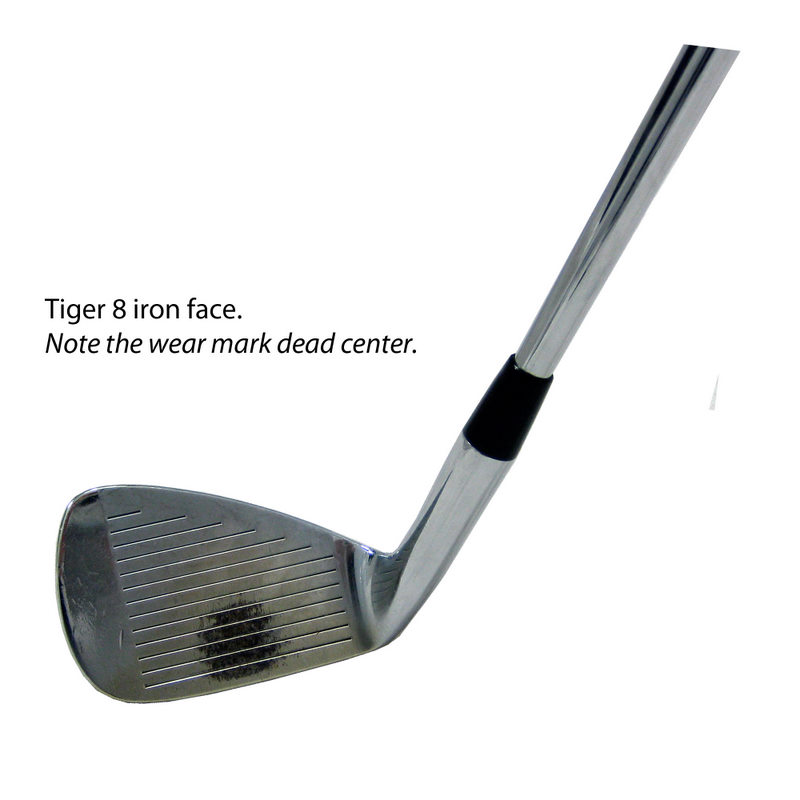 Tigers is a hair tighter than mine!
But mine is slightly more toward the heel due to a flatter entry.

Either way… it makes for an argument against giant headed clubs or perimeter weighting for that matter.

Can you elaborate on why the impact marks move towards the hosel in a flatter entry. Is it because even though you are resisting centrifugal force pulling the club outwards, sometimes it does extend a bit farther away from you and hit slightly towards the heel? I’ve noticed since starting ABS my impact marks have moved slightly toward the hosel and I was concerned about it even though it feels quite solid. Is this to be excpected?