Those that have followed my SITD thread know I like pictures, so I thought I would start a thread here doing the same. 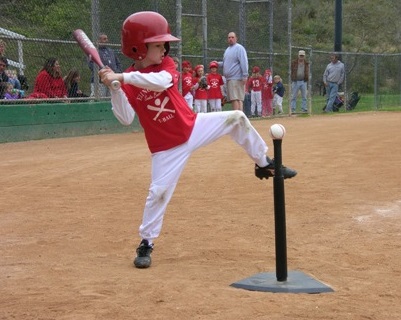 Perhaps the 4:30 slot and the right elbow position (left here for the left-handed hitter pictured - a young Ty Cobb) isn’t just for golf… 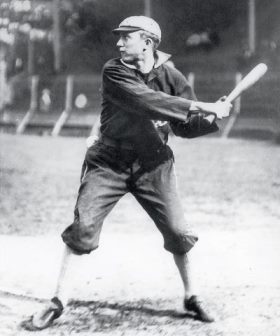 Check this out “As you become more proficient at flicking, aim to keep the ball on the stick for longer to flick it higher” or “. Follow through smoothly by wrapping the stick around and below the left shoulder.”

Some awesome pictures here as well.

They aim to keep lower their mass through the shot, hmmm…

Since it is the season of the Winter Olympics…

Here is a sequence showing the golf and hockey slapshot swings (Brett Hull doing both) from an old Golf Digest article. Hull was reportedly a near-scratch golfer.
golfdigest.com/golf-instruct … uence_2002

Interesting how Hull dips his head into and through contact (when on the ice), but even though there is a big shoulder turn, there isn’t much hip rotation (the slippery surface might have something to do with that

The full slapshot is an extremely athletic move. The swing plane of a full slapshot appears to be very upright, not flat, however there is a hint of an inside move (right arm close in) on the downswing nearing impact.

This video was put up on SITD, and I found it interesting. I took a photo of Moe’s “feel”. I see this in the context of my view of feeling like we are aiming high…that the down is taken care of. Moe did it much differently than we do in that he understood the difficulty of returning the club to impact with wristcock maintained so he altered his stance and his clubs to eliminate the need to hold wristcock. Accordingly, he squared the face, at least in part, by straightening his arms. We train to learn how to hold wristcock and use forearm rotation and pivot to square the face, but the feeling of dropping the clubhead behind us is the same. 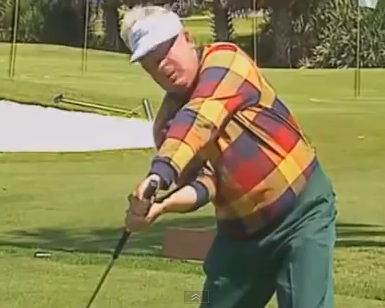 This was posted on another golf forum. To me it shows Griffey holding on to the orbit pull for dear life (if I understand that term correctly).

The thing that makes me scratch my head is that the PGA teaching pro of the year for my province said the following about the picture:

“We all cast the club but the better players finish the cast, or get INLINE after impact. the idea of Holding Angles or delaying any hands release has been a killer. THROW the club to a point in front of the ball for an iron shot and see how well you strike it… I think some golfers are scared to let the arms and hands extend.”

So he must be teaching a throw release right? This is THE coach for many of the best young players in the province.

It’s tough to really critic another instructor because they often have a vision of how to communicate things over a broader period of time. So little things they say here and there may not sound correct, but if they get the student into a proper swinging or hitting form down the road, then it’s often just a differing methodology. But if someone comes out and claims “the one magic move” or how to add 50 yards to your tee ball with this simple trick… then I think it’s reasonable to question that.

Are you wining the battle (right) or is the club pulling you out of your hitter’s stance (left)? 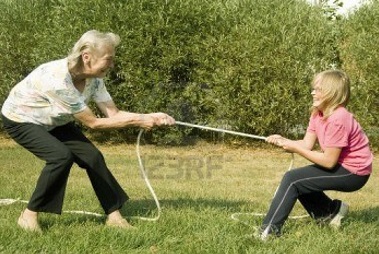 A few good images of Allenby. Not much clubface roll post impact, or flippy wrist roll at p4. 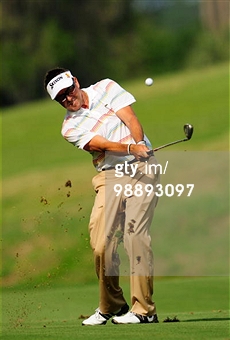 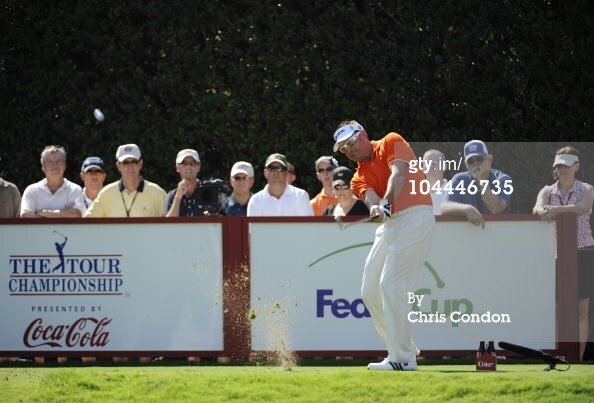 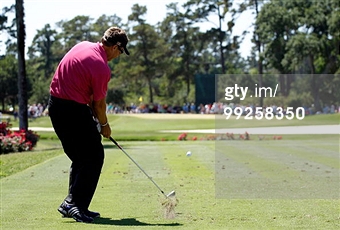 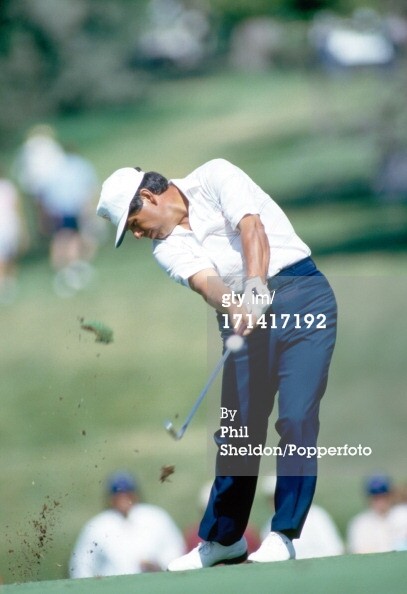 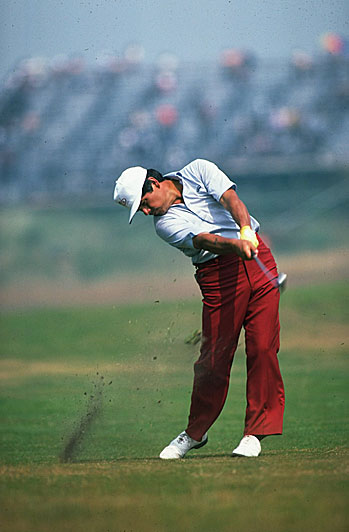 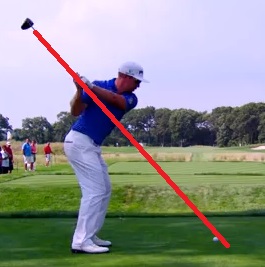 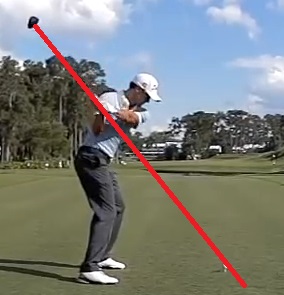 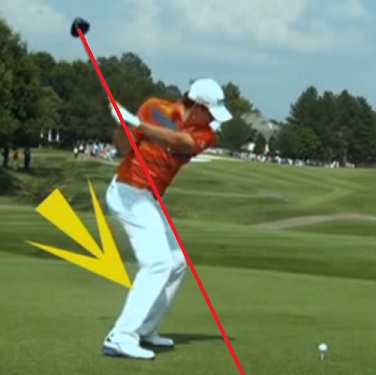 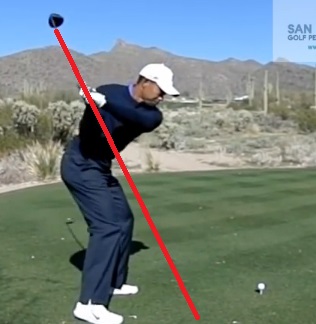 Ugly (actually I love it…but it hurts to look at… 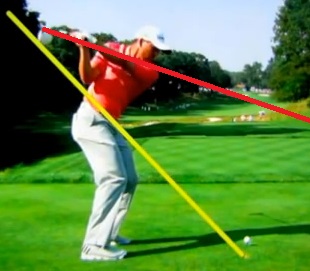 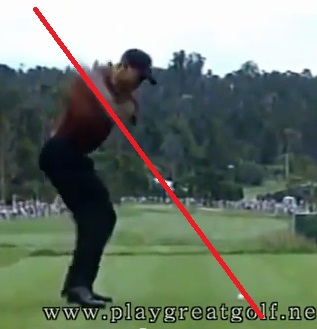 Then I don’t feel so bad… 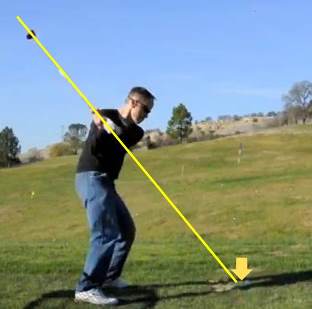 Which category are you Grady? 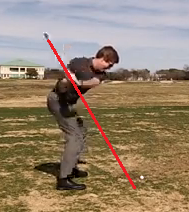 Well I came to ABS with that inside/steep move…that is why I know Rory and Tiger have a problem.

Recent swings are bad because I have a rotator cuff issue in my left shoulder (a partial tear which cases pain when I do CW rotation) and because I am reverting to my old ways.

But ABS has taught me how to do it right! 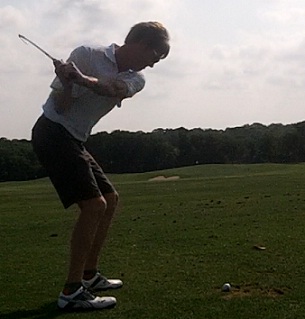 Do you know your club head speed using ABS? Is your grip pressure constant from start to finish? You came a long ways since you started…everything is looking really good. I notice you reach out for the ball on your final setup…I have been doing something similar…It appears to give me more room to work with when rotating.

No I haven’t been tested. I am closer to 54 than 53, and still generate enough clubhead speed to hit my long irons well. I hit my persimmon driver, with roll, 280. I hit my 2 iron 220. I know Rory was hitting his 5 iron 235 last week. I can’t compete with that. What I have really gained with ABS is the ability to play stiffer shafts. That improves my consistency.

The greatest of all time, in his prime, definitely worth pondering. From p.53 of ‘Winning Golf’ (1946), this delivery is literally textbook. 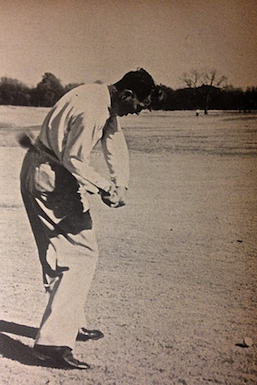 No I haven’t been tested. I am closer to 54 than 53, and still generate enough clubhead speed to hit my long irons well. I hit my persimmon driver, with roll, 280. I hit my 2 iron 220. I know Rory was hitting his 5 iron 235 last week. I can’t compete with that. What I have really gained with ABS is the ability to play stiffer shafts. That improves my consistency.

Way to represent us old guys. I turn 59 next week. My 1-iron is kicking my butt in my mod 3 work.

The greatest of all time, in his prime, definitely worth pondering. From p.53 of ‘Winning Golf’ (1946), this delivery is literally textbook.

I love his move with the right knee coming into impact, it almost touches the ground after impact. Some serious crunching and tearing of the ground going on.