[b]This baby got here today, great condition, deadweight at 13.5 oz, so want to add a tad more weight.
I see this large slotted plug on the bottom. I imagine it is threaded and removable, however the slot is really wide
and shallow’ such that any ordinary screw driver is sure to mouse it up…
Any one messed with one of these ? 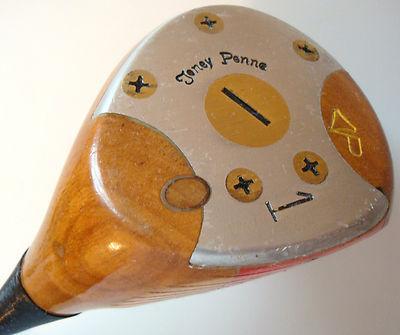 In summary, it’s probably doable but a more common method is to go the other way and add some weight down the shaft through the grip end.

Thanks Tjil,
I did not see any mention of Penna in that post, adding weight in the shaft tends to give me a ’ draw’ bias
which I definitely do not need!

I prefer to drill up from the sole into the head and get weight in the center, behind the sweetspot, will most likely i’ll
drill a hold in the center of the plug, apply an EZ- out, reinstall. and patch with a little Epoxy/Steel
patch putty. I’ll be playing this club and a few surgical scars don’t bother me much…

Dale, I asked Mike how to remove one of those things and he told me not to try. I’d drill a hole in the crown towards the back.

Actually, this is what Mike said, I gave up on it tbh.

The brass insert can be hard to get out and I think that the soleplate will come off with it attached. Use some heat first. Or, I would also consider trying a good fitting tool to remove the brass insert after heating it a bit and try to get it loose. You are correct that they are easily damaged and my success rate is poor with Pennas. Good luck but I was probably not much help. Mike

sounds like they are a bugger, will go the drilling route,

Dale
It is easier just to pop the whole sole plate off.

Here is a pic 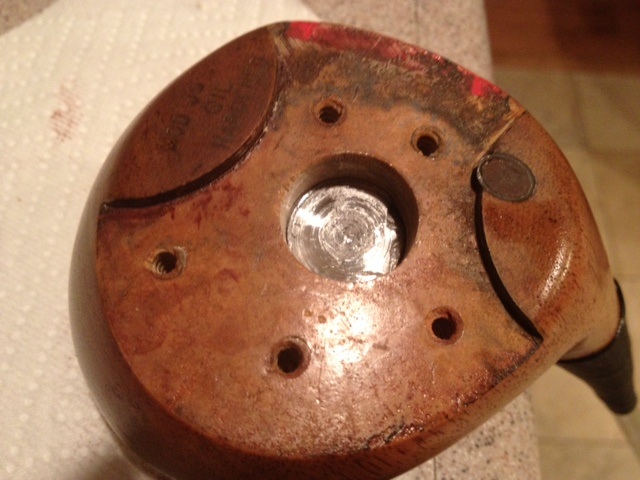 A Forster bit will clean up the lead

Or you can load the soleplate like this one 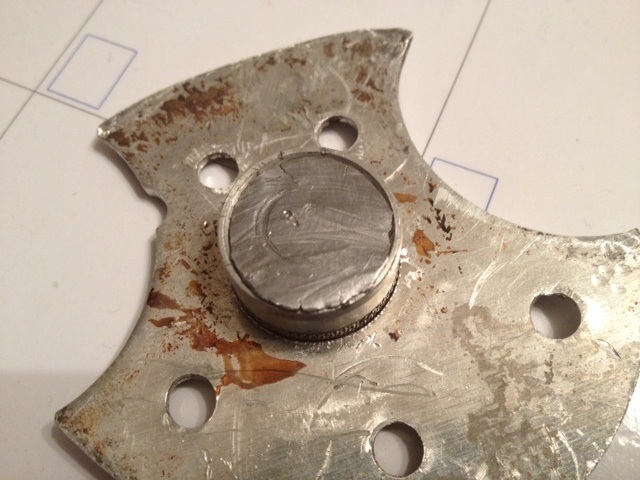 Ha!!
Thanks Newton !
I truly learn the hard way!

1- I just drilled thru the sole plate dead center of the plug, found the cavity, injected silicone and start pushing lead
shot into the goo…then sealed the hole…

2- The brain started engaging at that point and I thought " hell that silicone will never cure sealed off !"

3- I pulled the sole plate and did exactly what you just explained and displayed so perfectly!!
lead added and ready to play!

Chock another one up for experience!..never claimed to be very smart!!

Thanks for the great response!
Dale

Interesting project and have never done one, but liking to tinker with thinking about things, I would be interested to see what would happen if after fabricating a good fitting tool, the brass plug, the entire head, was frozen first to contract the brass instead of heating it for expansion. So instead of heating the brass plug to expand it into the plate, maybe freezing it will pull the plug away from the plate just a touch.

When I saw the post I started to think about the phrase “freezing the balls off a brass monkey” for some reason. Thought this was kind of interesting.

In the heyday of sailing ships, all war ships and many freighters
carried iron cannons. Those cannon fired round iron cannon balls. It was
necessary to keep a good supply near the cannon. But how to prevent them
from rolling about the deck?
The best storage method devised was a square based pyramid with one
ball on top, resting on four resting on nine which rested on sixteen.
Thus, a supply of thirty cannon balls could be stacked in a small area
right next to the cannon.
There was only one problem – how to prevent the bottom layer from
sliding/rolling from under the others. The solution was a metal plate
called a “Monkey” with sixteen round indentations. But, if this plate
was made of iron, the iron balls would quickly rust to it. The solution
to the rusting problem was to make “Brass Monkeys.”
Few landlubbers realize that brass contracts much more and much
faster than iron when chilled. Consequently, when the temperature dropped
too far, the brass indentations would shrink so much that the iron cannon
balls would come right off the monkey. Thus, it was quite literally,
“Cold enough to freeze the balls off a brass monkey!”[/i]

I know…too much time on my hands.

Too funny RR !
My dad loves this kind of stuff, I’ll have to email him the Brass Monkey tale!.
That plug looks like it has some harcore knurling on the outside, god knows how much machine pressure
the factory used to push em’ home !