A friend of my father’s has a set of hogan irons called, personals, in a nice case, and mounted in his sports mem. room. Anyone heard of these? They look just like old power thrusts, with a less sharp leading edge, that I have. Sorry for my ignorance, I’m a bit younger, but love playing the power thrusts that are 20 years older than me. Plus, the old hogan website no longer gives a history of their clubs–it’s just callway crap everywhere. Anyhow, I want to take those sticks out of their case, and bring them to the course, where they belong. Just wondering if they are just pretty power thrusts?

Those are the holy grail of irons. Very hard to find these days.

Take them, steal them or whatever. But just play them!!! 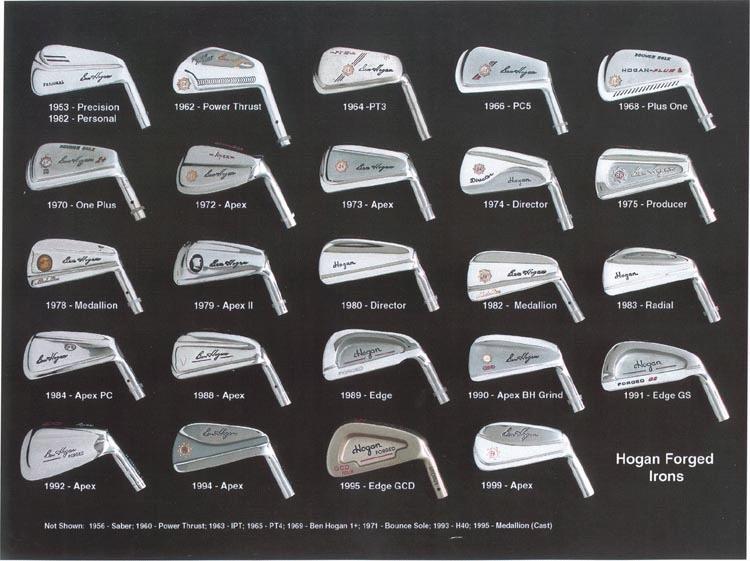 Oh cool pic! The power thrusts I have look Like the picture on the top left, not the ones from the second to top left that say power thrust. Mine say power thrust on the sole and the red and blue lines are on the top half of the back–not the bottom half. My uncle gave them to me and they are sick… Look just like those personals. Anyhow, I guess I’ll have to see if my pop’s friend will sell me those personals.
Thanks for the pic! Very cool reference!

Oh, they gotta be the -60 Power thrusts. It says below the first pic that some models are not shown.

Those babies are nice too! 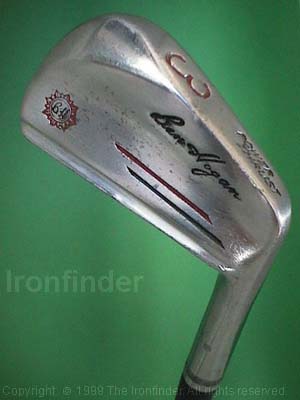 No, they are not the Power Thrusts prettied up.

Hogan made some irons called “Precision” back in I think 1958. IIRC, that’s a club that Hogan personally designed (his last personal iron designs was the 1962 Power Thrusts — Lag has those and says they are one of his all time favorite sets).

The Personals were a limited set of irons IIRC that were based off the 1958 Precisions and many people bought them just for memerobelia purposes.