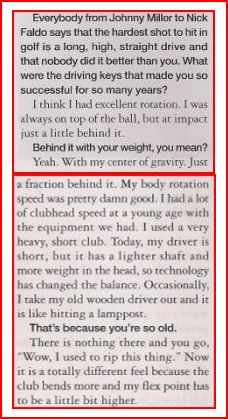 Except for:
“That’s because you’re so old”

Greg Norman excellent rotation? That’s a first. I always felt Greg Norman was a slider, not just the right foot on the downswing but also the right hip on the backswing.

Found this from an older interview with Greg Norman

There’s no greater satisfaction than going out out to play with clubs you’ve had a hand in making or putting together, it’s another thing completely lost with modern equipment. it’s great to hear Norman talking about those things, and in particular the hows and whys of ‘his forgings’… I love it. They sound sweet too.
Thanks for those…

I think most people would agree when it came to Long and Straight, Greg Norman was probably the best at both categories. He might be regarded as the best driver of ball in the last 30 years. I can remember standing on the range at the Greater Hartford Open watching Greg pound his driver one after another on the same exact line and trajectory with about 50 balls. It got so boring I had to leave. I also remember the next day going to the shop and buying a 9 deg King Cobra, which I traded 2 days after, lol. Great rotation was definitely the main contributor to his driving ability and it didn’t hurt that the man was just a strong ox with a ton of talent.

I was trying to find some footage of that driver Fred posted in the other thread, and I think this is the one. There’s one shot when he’s teeing off the last and the colour definitely matches up. Does anyone know?
This is a great clip nonetheless.
[youtube]http://www.youtube.com/watch?v=-WsPAxlUhkc[/youtube]

I remember being there that week at Troon watching this up close…It was an awesome display. I really loved his swing in this era with the persimmon clubs. His transition was never hurried and his speed through the ball and beyond was incredible. It all added up to making him the longest straightest driver of the ball I have ever seen.— and I am not the only one with that belief

Yeah, that transition at the top was fantastic, and the rip through it was like nobody else- well, nearly nobody! It’s amazing that that upper body/chest rip through the ball is nowhere to be seen in teaching. 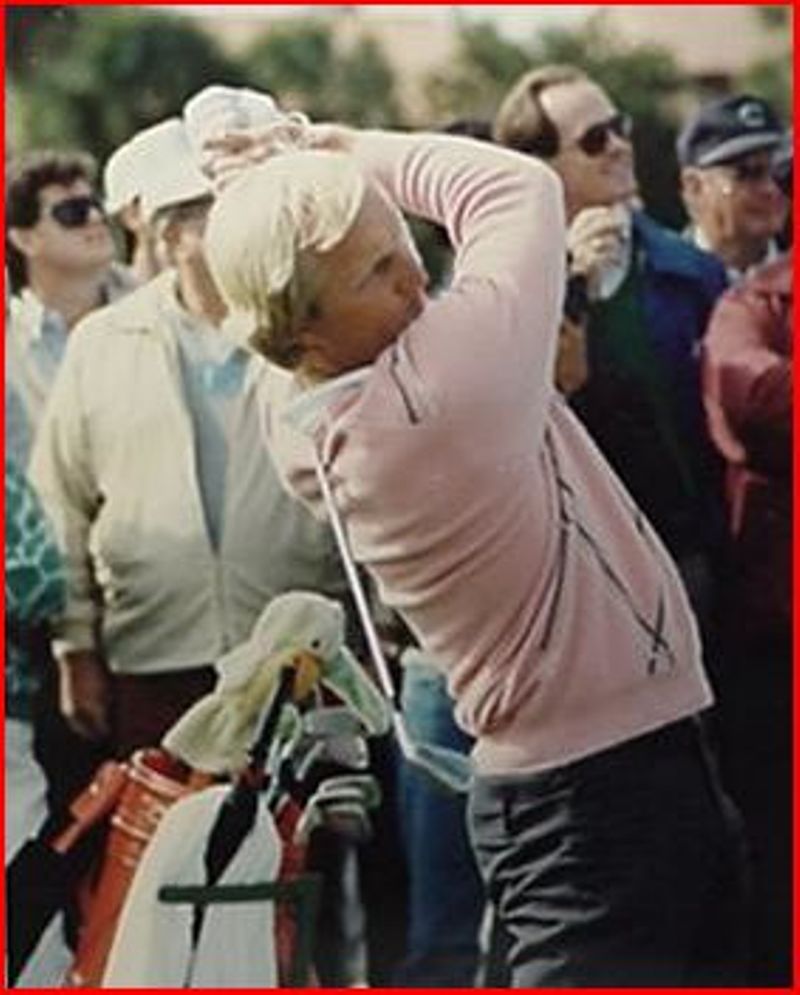 Does anyone have a copy of the video posted on this thread? It doesn’t work anymore.