After going through great pains and price to purchase all of the components and putting together what I though would be my dream set, I am unfortunately letting them go. I love my old old blades the best, not sure why, but they just feel the best!

I have 2 sets that are near identical with some really cool variations that makes having both quite valuable. They’re both Titleist Tour Model from 1983. That year, Titleist made both a square toe and a rounded toe model, both look great. Not sure how I found both of them and in Left Hand to boot, but these are the 1st and only 2 Left Handed sets of Titleist Tour Model that I’ve ever seen.

The ladies grips feel absolutely great on there. I’ve always hated taper and even used Feel Golf’s Release Grips for a while. They’re reverse taper but to the extreme. Citing that, I tried to replicate it to a lesser extent and it works well with the ladies grip.

While this set isn’t super ABS’d, it is quite close.

I paid approximately $500 per set, to buy the sets, buy the shafts, grips, etc, and have them assembled at a great shop here in Toronto (Gord Smith used to build George Knudson’s clubs among others). The Accuforms I paid $400 for and they’re in near mint condition (with the exception of the 3 iron which I’ve used to drill a bit but it’s still in great shape).

If you’re interested, feel free to reach out, I’ll send you some pictures, and then maybe we can work out a deal.

Would you mind posting some pictures, Crete? I am a lefty and am very interested in getting a set that is ABS’d. Thanks

For sure Hershey, will do 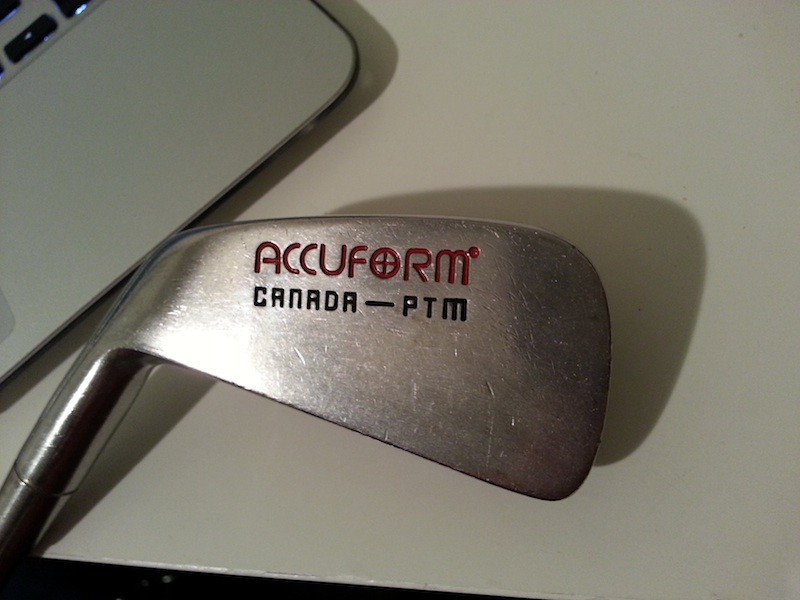 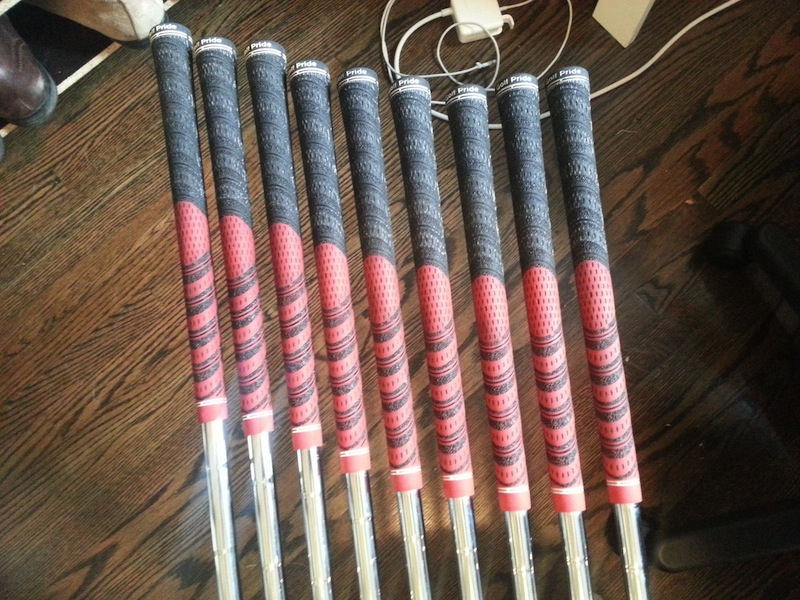 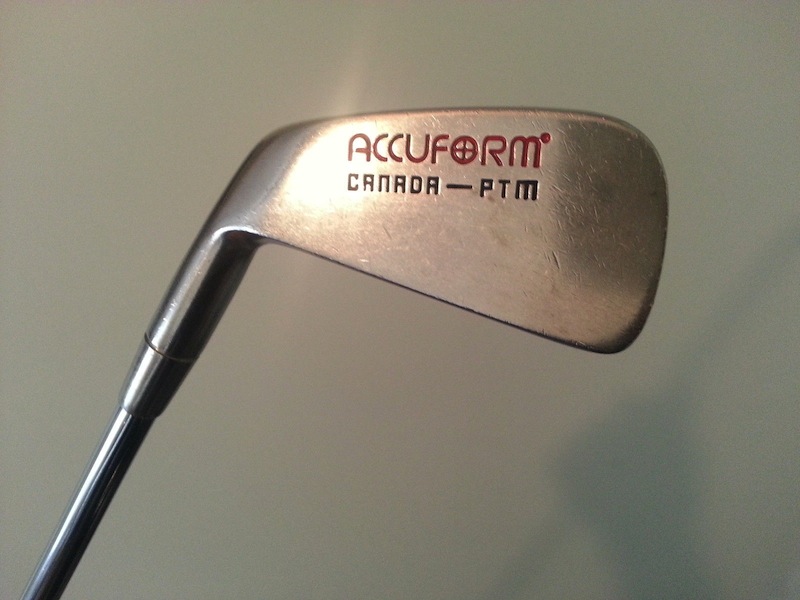 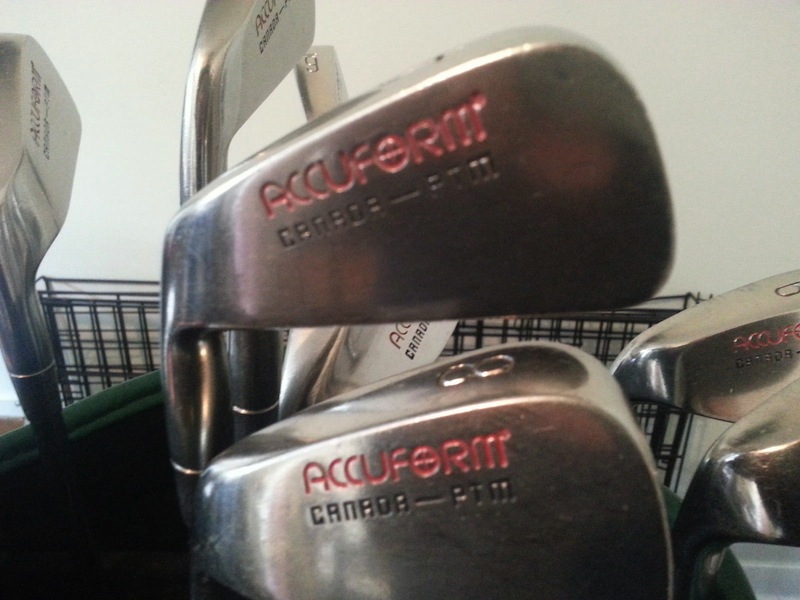 These are the Titleist Tour Model Square Toes 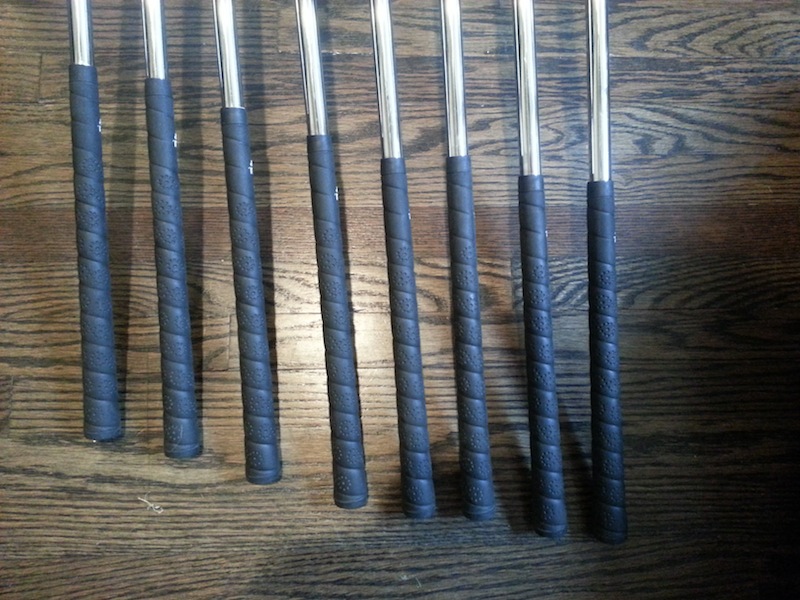 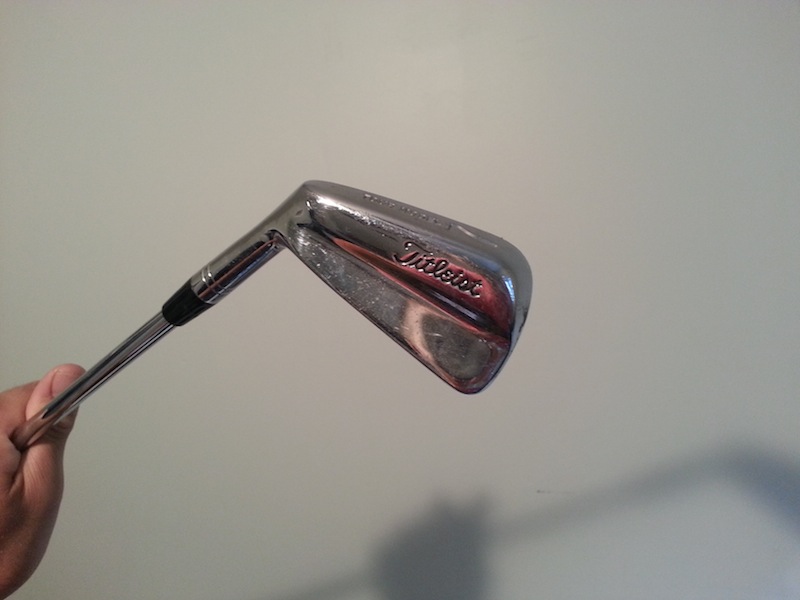 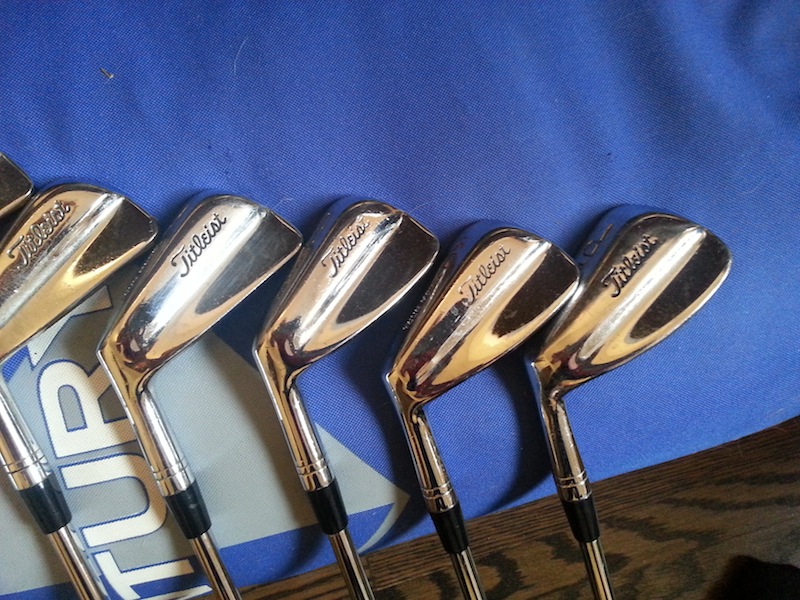 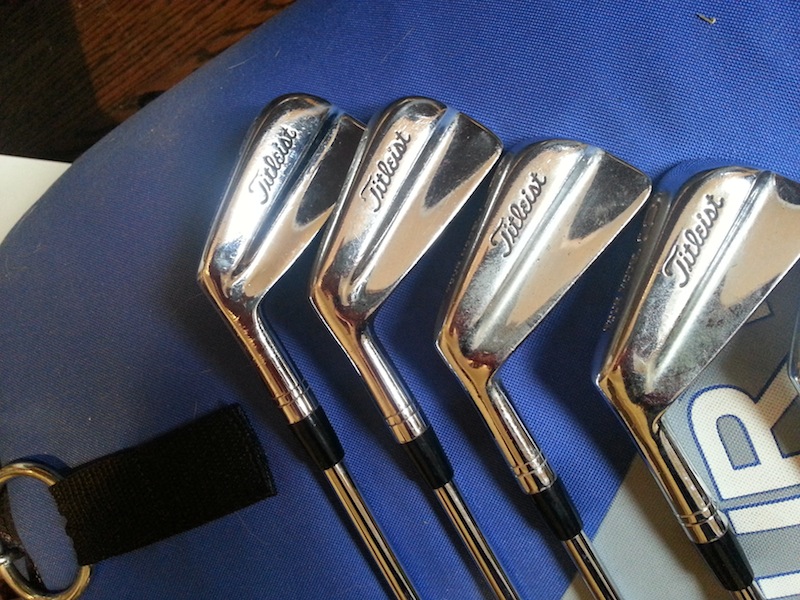 These are the Titleist Tour Model Rounded Toes… 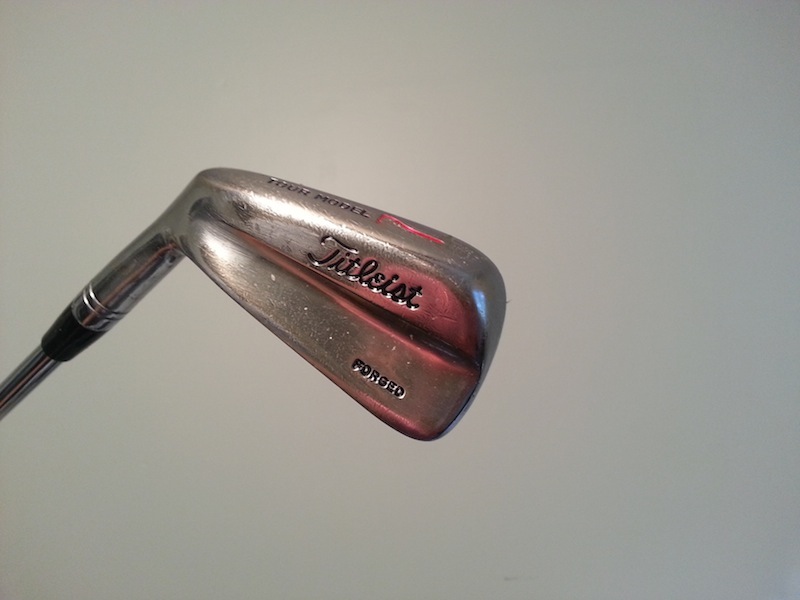 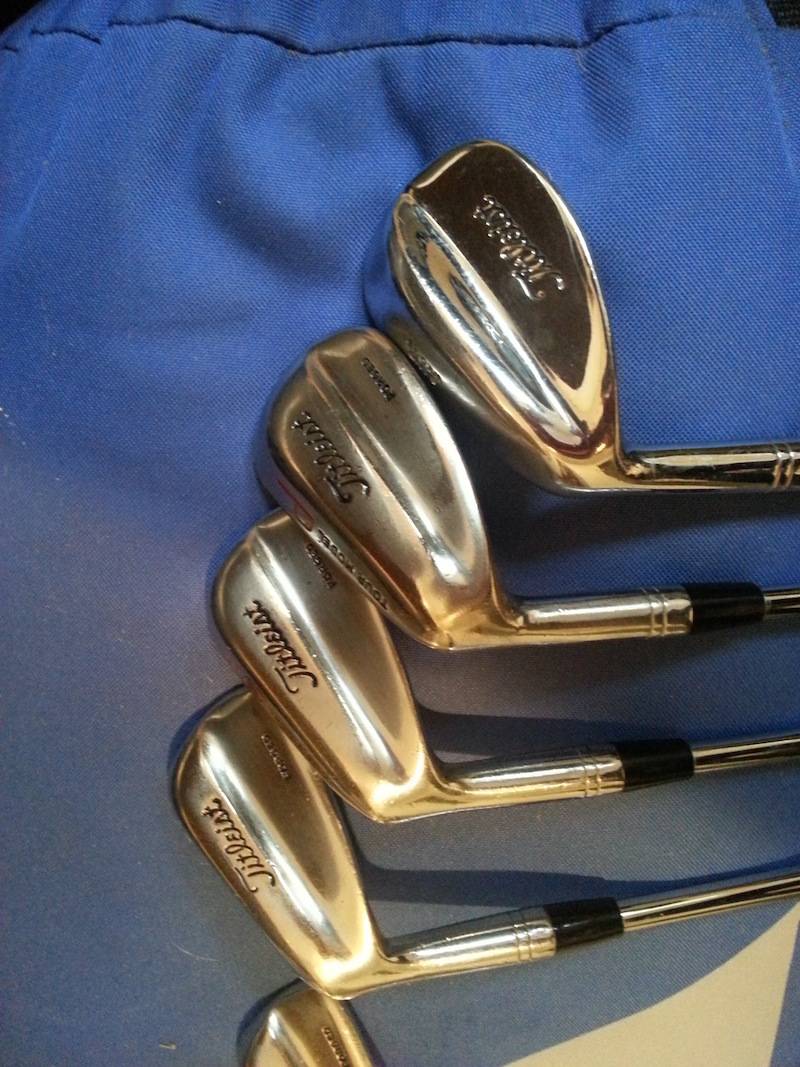 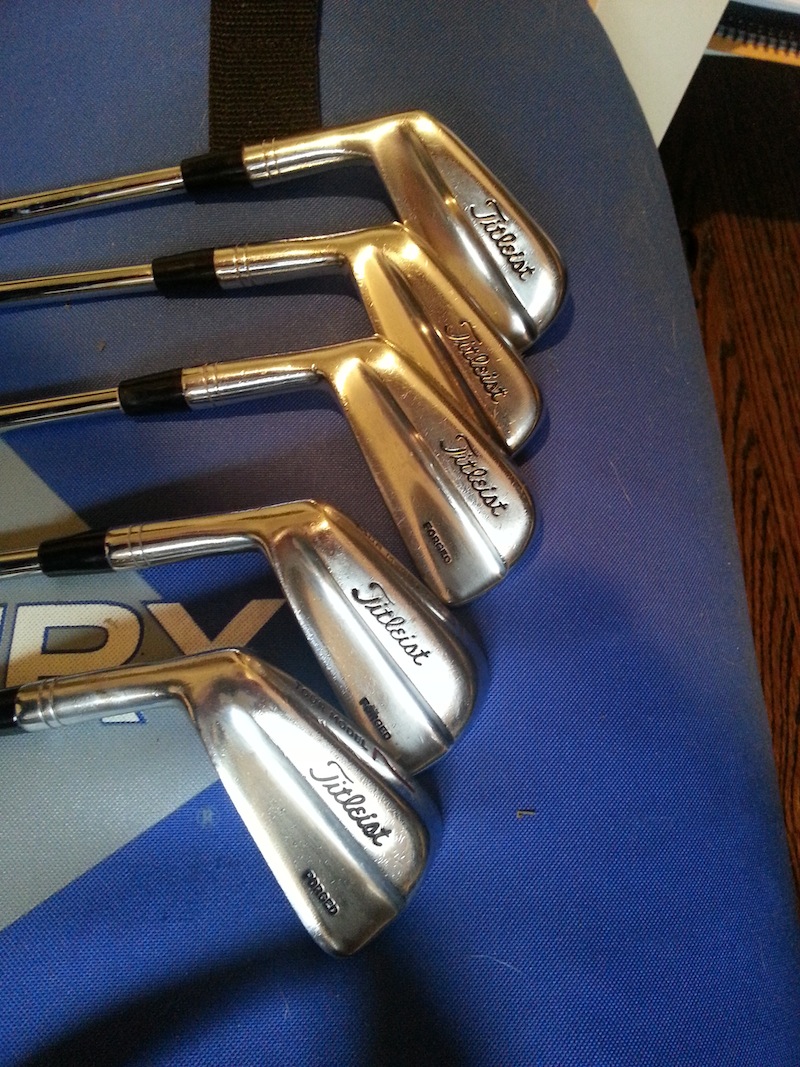 How much did you have in mind for each Titleist set?

How much did you have in mind for each Titleist set?

Well, I paid about $500 for each set- to buy the sets, buy the shafts, buy the grips, and then to have them ABS’d…and I just did them!!

I would be happy though, to part with them for $400 each…shipping though, always adds some cost- $400 each set including shipping and they’re yours.

Which set catches your eye the most??

I really like the look of both sets of titleist irons. Are they both 3-pw?

I really like the look of both sets of titleist irons. Are they both 3-pw?

Yes, but there’s an extra Sand Wedge in there too, doesn’t quite match either set, so it could go with either one I guess.

Personally, I’m a fan of the Square Toes, they just look like they invoke more confidence when you set up, something about the higher toe.