Surely Tiger Woods has to be the greatest putter of all time. He is the best I have ever seen. It seems like he makes every putt he needs to make at the right time. I would hate to think what $$$$ value you could put on that Cameron putter he has used for the past 10 years. It was won a lot of events and close to $90-100 million in prizemoney. You could never put a price on that thing and I am sure it will become the most talked about and famous putter of all time when Tiger’s career is said and done.

This is photos of the front and back of his putter. You can see how beat up it gets. he digs balls out of the hole with it. He throws it against his bag. Haven’t seen him kick it yet. He gets it refinished by Scotty Cameron probably every 12 months. When this is done some of the weight is taken off to fix the dents and scratches and he just adds lead tape to the bottom to keep the weight up where he likes it to feel
He has back up copies made by Scotty but never uses them, and why would you when you hole everything you look at with this one 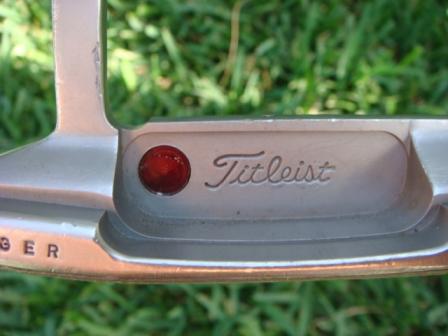 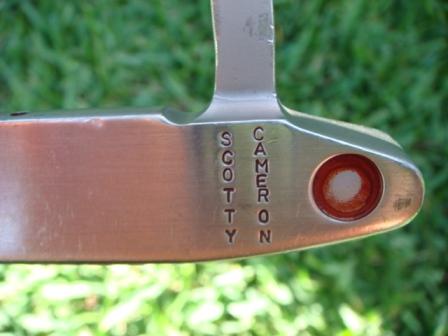 Great pics! I thought I remember reading that tiger woods would NOT let scotty cameron refinish it ever, which is why it looks the way it does, especially the paint fill. Supposedly, Scotty has offered to refinish it for him several times so that it would look better on TV, but tiger didn’t want to risk throwing off the weight of the putter. Either way, that newport 2 definitely will go down as the putter that has made more big putts than any other putter.