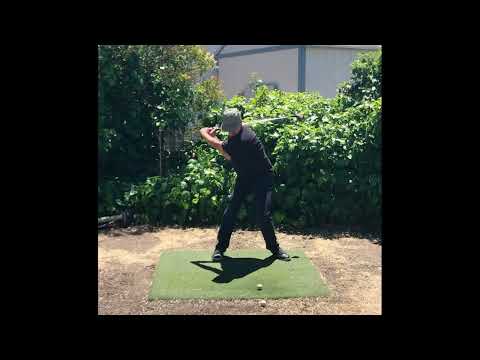 Can’t wait for this to come out.

Hey John,
Great work. I’m glad you’re finally elaborating on the infamous Hogan Golf Swing. My Swing Evolution has tried and tried and ended up deviating from it for a variety of obvious reasons. Cristo tries really hard even with the hat, but the old adage of “ball don’t lie” says it all. I can tell you actually know the nuances of Hogan’s swing. If I can offer some friendly critique - majority of the video really could be summed up from 9 minutes to the end. Before that, however, I can tell you’re really holding back some “secret” information for intellectual property purposes for your instruction, which is totally and obviously fair. When you talk about impact or the “moment of truth”, there is sincerity and reverence for what is happening in Hogan’s swing and that is what really connects me with what you truly know about Hogan’s swing. The last and final piece that I couldn’t help but notice is your slight head elevation you have going through impact. Hogan stayed relatively still throughout the swing well at least for the SWWG match with Snead for example. Thoughts on that?

Thank you again for posting it and I look forward to future YT videos.

P.S. Would you be open to allowing comments on your YT videos? That would definitely open up the online community to interacting on your content.

I turned off the comments because I know how many Hogan “experts” are pitched into their belief systems about what is going on. It would obviously turn into a mess and be very distracting from what I am presenting. The conversation is much better over here. If you really want to discuss, then do what you did… just a couple clicks away and you are hear. If one is too lazy to do that, then they will never “get” to Hogan anyway. I put it on youtube because I just want people to know something like this is out there now. I don’t find “comments” from people who have no idea what is going on to be either informative or entertaining.

That being said, what I will present as a class or course will show students how to execute the things I discuss. Really too complicated to discuss on a Youtube video. As I said, there is no secret… it’s a series of complex movements that must be trained in sequence. If someone has a better method to get into Hogan or appears they are getting it better than I am… then so be it. I’d go see then too. But I haven’t found that to be the case.

As far as the head movement… for one, I am probably 5 inches taller than Hogan… so with my spine being longer my head should move around more. Think of the top of a tree moving around in the wind… compared to a shorter one. Knudson was correct when he said the head is not the center of the swing. He was right… it’s not the center and it goes where it goes. Hogan’s head clearly went down and diagonally on the downswing… just what you see mine doing. I’m taller so mine does more… which it should. Turning level through the strike is what Hogan did. That is why and how his hands worked low left and around post impact. Again I am taller, so my spine is going to be more bent over… so to get that level rotation, I need to work more level than Hogan had to… to get the shaft to work on those similar angles and aggressive 4:30 line entry. Upright clubs won’t get you there… nor will lightweight clubs for that matter. Package deal as I said.

The ball only cares about what the clubface, clubhead path, shaft load and lie angle are doing. I’m playing off 6 degree flat irons… like Hogan. It’s a critical element that the ball cares about… The ball doesn’t care what my head is doing.

This is why I am working this from the inside out. I’m not trying to look like Hogan… it ends up looking quite similar because of the internal pressures and forces and protocols that are put into motion from within… not without.

Those seeking his “positions” will fail if they don’t understand the motor and transmission of the power chain that is behind generating them.

Where Hogan is superior to my action is his post impact pivot thrust. In the last frame capture, Hogan’s hands would be about 3 or 4 inches past mine and still pressuring the shaft better… because his torso, shoulders would have been moving faster than mine at that point. A 350 Chevy small block is a great motor… but it will never be a 454. No replacement for displacement. That being said, I’ll take the 350 over a 4 bolt main 4 cylinder VW motor for torque, pressure, acceleration and thrust.

I turned off the comments because I know how many Hogan “experts” are pitched into their belief systems about what is going on. It would obviously turn into a mess and be very distracting from what I am presenting.

Too true and sad at the same time. I’ve always tried to keep a very open and cordial line of communication, but yes the “Hoganites” do come out of the woodwork with a their “supposed” concept that just doesn’t stand the test of time (e.g., MSE).

As far as the head movement… for one, I am probably 5 inches taller than Hogan… so with my spine being longer my head should move around more.

That’s fair. Knudson was taller than Hogan and definitely has a more dynamic look in his swing.

Where Hogan is superior to my action is his post impact pivot thrust. In the last frame capture, Hogan’s hands would be about 3 or 4 inches past mine and still pressuring the shaft better…

To me, visually at least, it appears both Hogan and Knudson share a connection with how the trail arm applies the club through impact with a hitting motion. This would keep the head more level going through impact as well as save torso rotation for that post-impact pivot thrust. Hogan and Knudson seem to leverage with the trail arm similarly to how Mike Austin does this rope drill. I imagine if you tied your wrists together like how Hogan illustrates in his book, and try to skip a rock with your trail arm you’ll almost feel the lead arm going along for a ride. Some food for thought for the quest for the Hogan grail. Thanks for replying and keep up the great content~

Saving rotation for later is more important than keeping the head stationary. I could easily stay level with the head through the strike, but I would end up with my shoulders much steeper through the strike… and an unnecessary amount of knee flex.

The deeper I get into the lateral move the more I can save the torso rotation. So again, being taller, I have to pressure up some to get my torso rotating level through the strike.

The head is going to move due to movement in the legs, hips, torso (up or down, left or right) shoulders and to some lesser degree… the neck.

I never worry about what my head is doing. I work on my legs, hips, torso and shoulders… but if the weight is transferring correctly, and the shaft is being slotted correctly then all I have to work on is a level shoulder rotation… aggressive and accelerating through the strike so I can maintain shaft flex as long as possible.

So here we would have Hogan making a very extreme lateral move with the hips and legs… clearly the head goes with this. There is no way the head is the center of his swing nor should it be a focal point in and of itself. The movement is down and diagonal which would be the correct vapor trail created by the lower body movement.

Here we can see the ferocious movement of Hogan’s left shoulder and torso and if you look at his right foot, you will see the kind of work we do in Module 2. Again, the head is moving up… it’s not staying level. A taller person’s head would have to move up more to take advantage of a flat entry and exit. Hogan was 5 foot 7"? So given the same entry and lie angles, I would expect to see the head move upward another 5 inches for a person 6 foot 0.

Good hand eye coordination should allow for the golfer to hit consistent shots. Remember… the ball isn’t moving when we strike it!

How does laying off the club work into this arrangement? Laying it off has to be voluntary as Knudson would say, right? Like how Hogan talks about skipping a rock with the trail hand. I mean, natural tendency is OTT like Hogan displays in the SWWG video. If one lays it off, before committing to this ground pressure you should ideally come into that 4:30 line so long as you know how to (continue to) apply that shaft flex through impact.

Like anything … there is a technique to doing it.
It certainly isn’t the natural way… or all hackers would be great slotters by nature.

It does absolutely set up the 4:30 line… and you can’t get OTT if you lay it off or flatten the shaft through transition.

What are your thoughts on Josh Broadaway? His swing, to me, screams shaft flex, leverage, and just tracks that 4:30 line with ease (maybe even better than Hogan). Cross-handed grip seems to naturally put the individual in a laid-off position in transition. When my wife and I visited Ireland, I found that hurling players there were exceptional ballstrikers. Offset from the baseball players in the US that have incredible distance sans accuracy.

I would like to see Josh on a DTL view.
I think the pressures in the hands would just be opposite. Trying to cup the left wrist into the strike… it’s interesting to consider.

I would like to see Josh on a DTL view.

I found one. I don’t think a swinger’s release is even possible with this grip because for the hands to roll over it means the shoulders have to stall unnaturally before impact.

I like it a lot. Nice to see some individuality out there… breaking all the rules etc…
I am sure there is a deep story behind all of it… might be good to create a new forum thread for it and discuss.

John, I really enjoyed that video as well. You were specifically discussing the backswing and transition and how they are very athletic moves. Is this what you showed my on the deck with the clothesline drill and the hip bump drill or is this something more?

I will say that when you showed me those drills and we did that work on the mat I was still dumping my energy at the strike and not holding my shaft flex beyond.

There is a lot more to it… at this point.
Been a few years since, and I’ve learned a few more things about it…

Having difficulty finding the correct feel channel, is the pivot the dominant feel, like it’s a tension of the pivot thrust pulling the arms, hands clubhead lagging?

We want everything feeling pivot driven. Arms really don’t do much…
wrists uncocking to get back down to the ball… feel as if the closing of the clubface
is facilitated through a flat or level shoulder rotation through the strike. 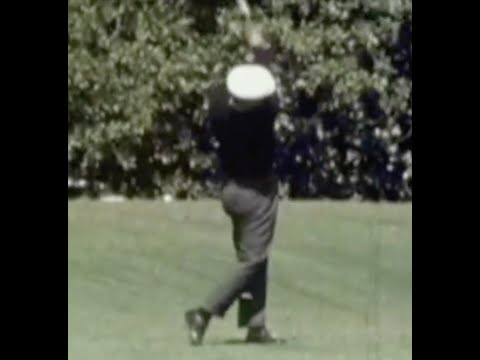 Greg, has a pretty deep understanding of Hogan. You said he was your instructor before?

Yes, I worked with Greg for several years… along with Ben Doyle… then mostly with Greg toward the end of my TGM years. Both Ben and Greg were wonderful teachers.