Same as playing 4 album sides of vinyl. This was the original plug and play… on 8 the trendy 8 track players only the techies of the time had.

adjustable clubs… way ahead of the curve.

Balls that traveled 400 yards and would not hook or slice ever where available… nothing new, and certainly way ahead of their time.
Also a lifetime warranty! The last ball you will ever need… as long as you hit it straight like Moe Norman… and this ball promises that
you will!

My grandfather had one of those adjustable clubs, I remember him using it as a poker for the fireplace when I was a little kid. Now that I think of it the bottom two drawers of his dresser were filled, and I mean Filled with Spalding Dots and other ancient golf balls. God I miss him. He gave me my first set when I was 6, cut down Chi Chi Northwestern 1 wood, 3 5 7 9 iron, Patty Berg SW and a knock off Ray Cook putter 15 inches long. Great stuff, Field of Dreams type memories. Thanks for the posts, sincerely. 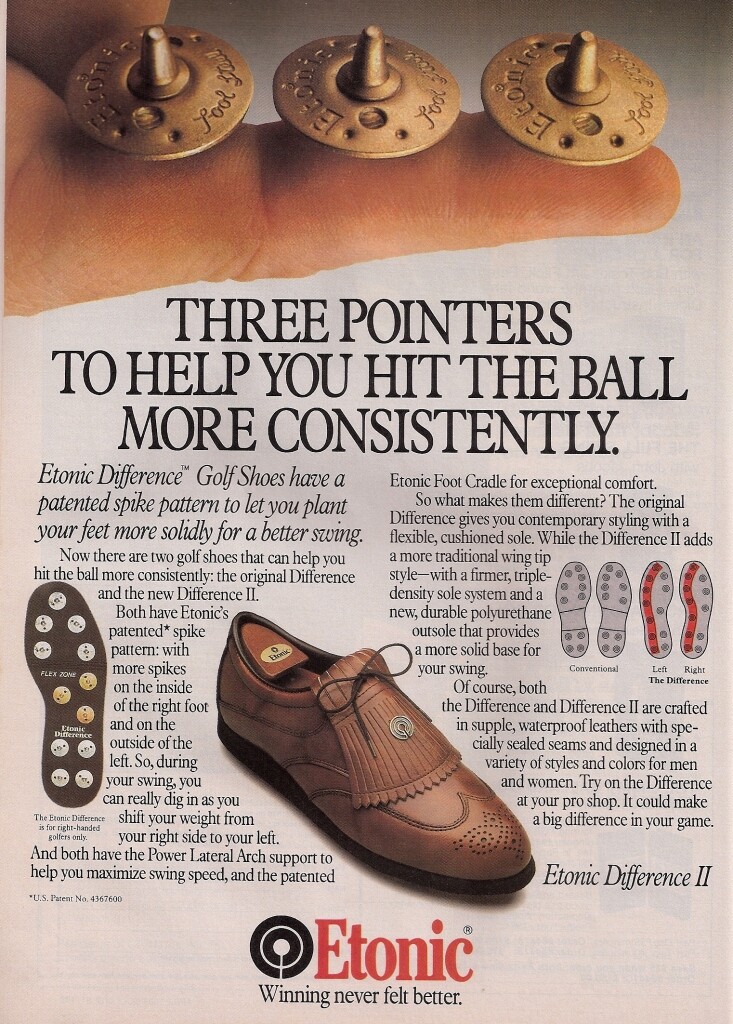 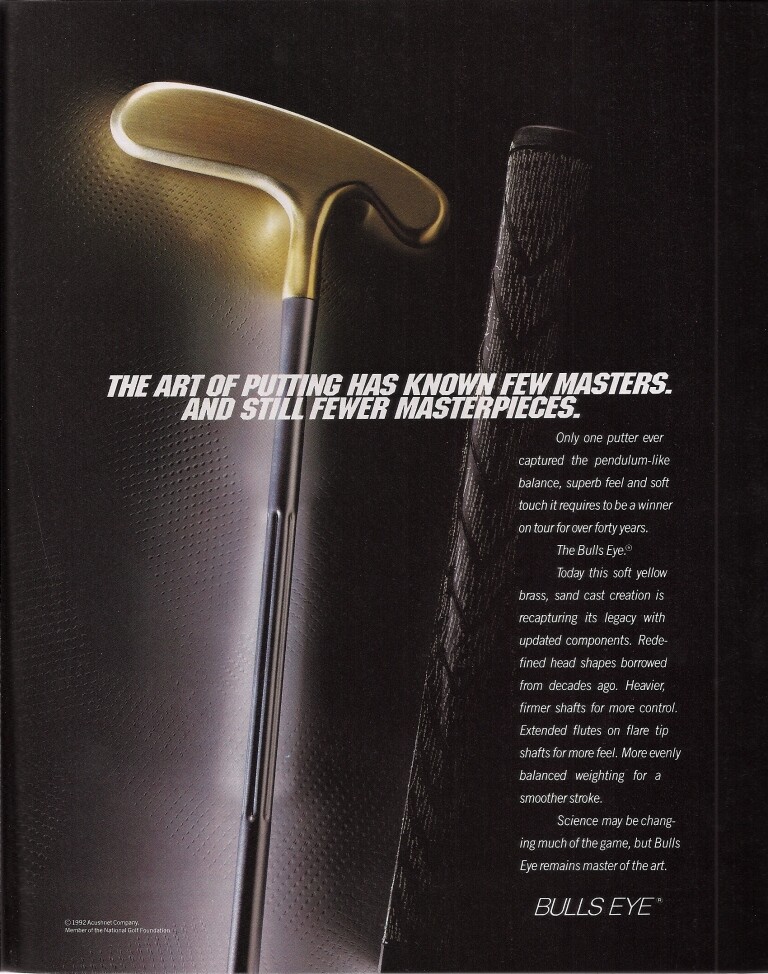 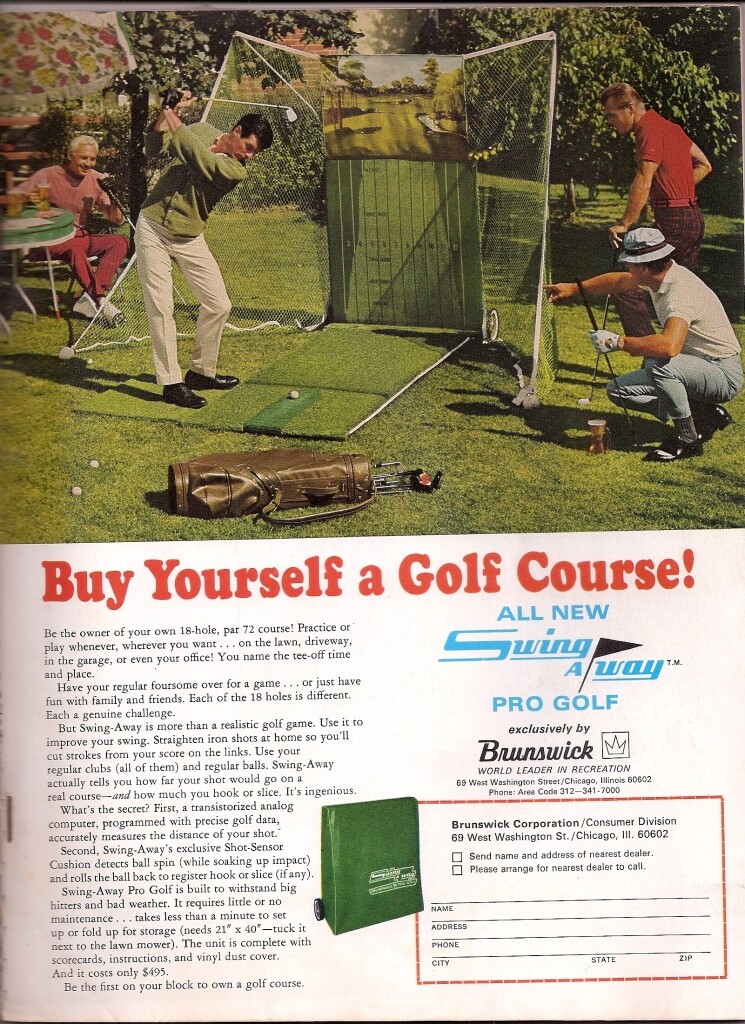 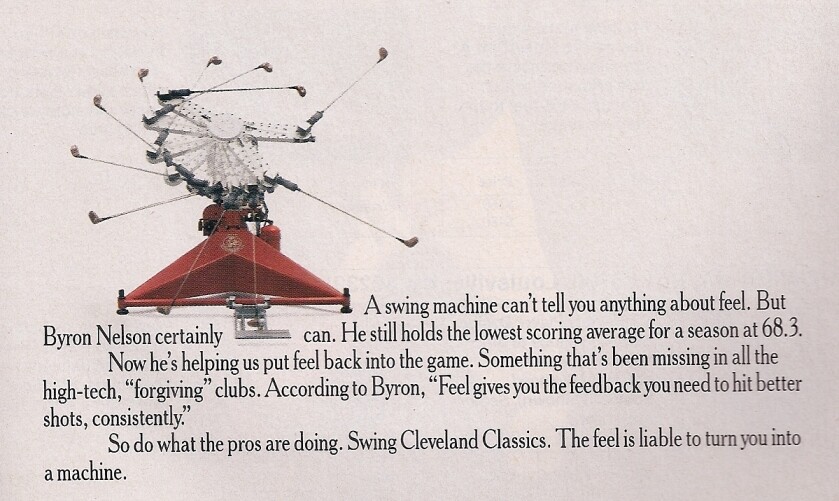 Two, Lag, Et Al
Anybody remember the golf club from the 80s “All Star”. It was a very good golf glove that was sold in Pro shops. I believe it had a crown on it. It was a great seller, top quality.

I remember them quite well, but I thought they also came with a big “star” logo on the velcro closure. (I also thought they were available via mail-order through one of those small ads in the back of Golf Digest’s classified section in the 70’s).

The great thing about those gloves (and so many other models back then) were the different colors you could get em in!!! Whatever happened to that? It’s now black and white… or maybe just white unless it’s an all-weather glove.

Let me guess… it’s cheaper to go with just white.

Robbo,
I believe your right. I remember the All Star had a crown on that velcro strap where you would normally see a FJ on a FJ glove, but I also thought there was a star there too on some of the gloves. And your right about the colors, they were offered in like 5 different colors. They were awesome gloves. I used to work as a teenager in the bag room and our proshop stocked them regularily because our pro loved them. Man, those were the days, young with so much time, working 32 hours a week in the bag room, hitting balls every day, sneaking in a quick 9 after a long day of scrubbing clubs. 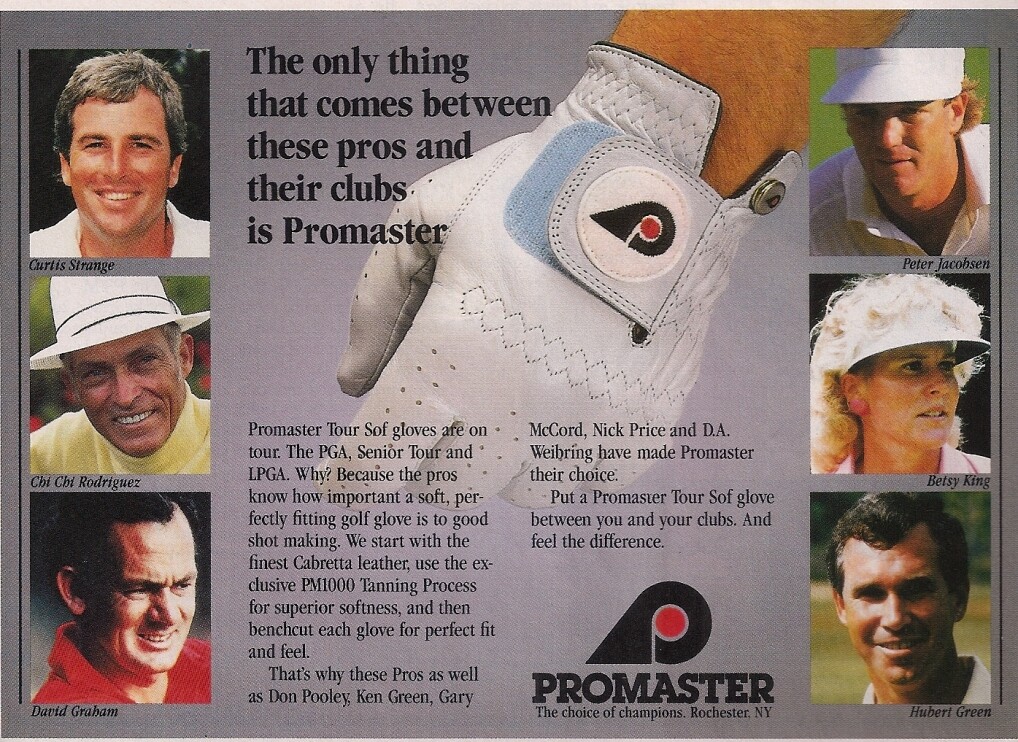 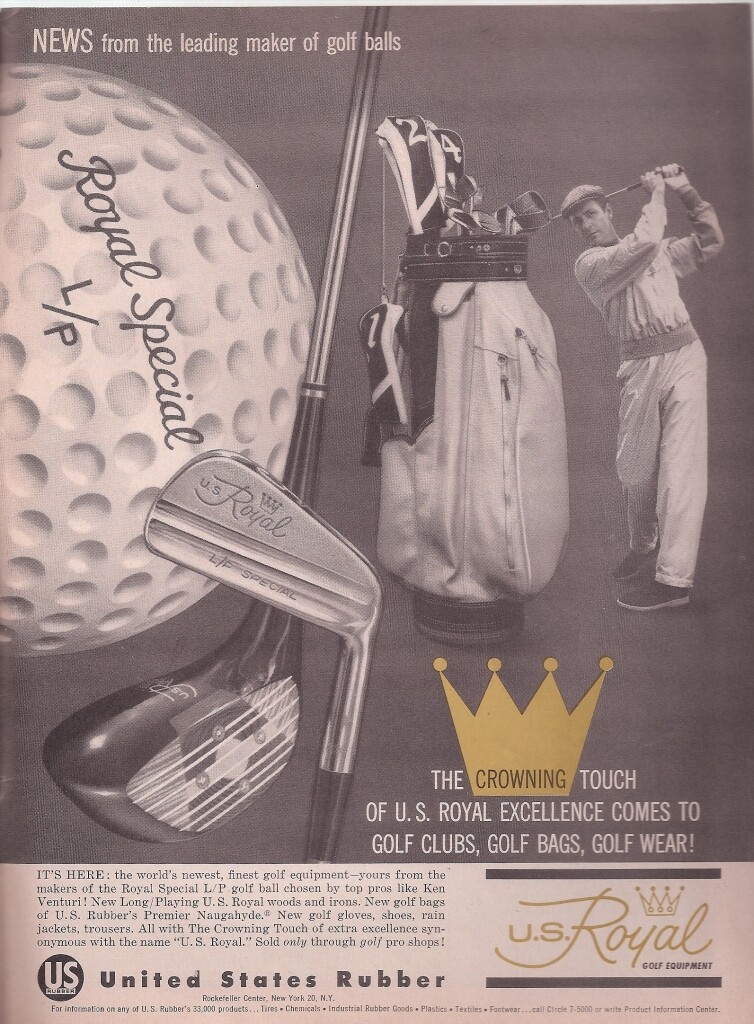 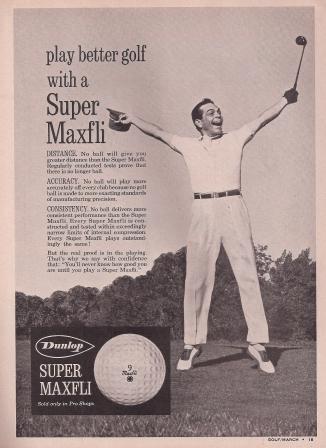 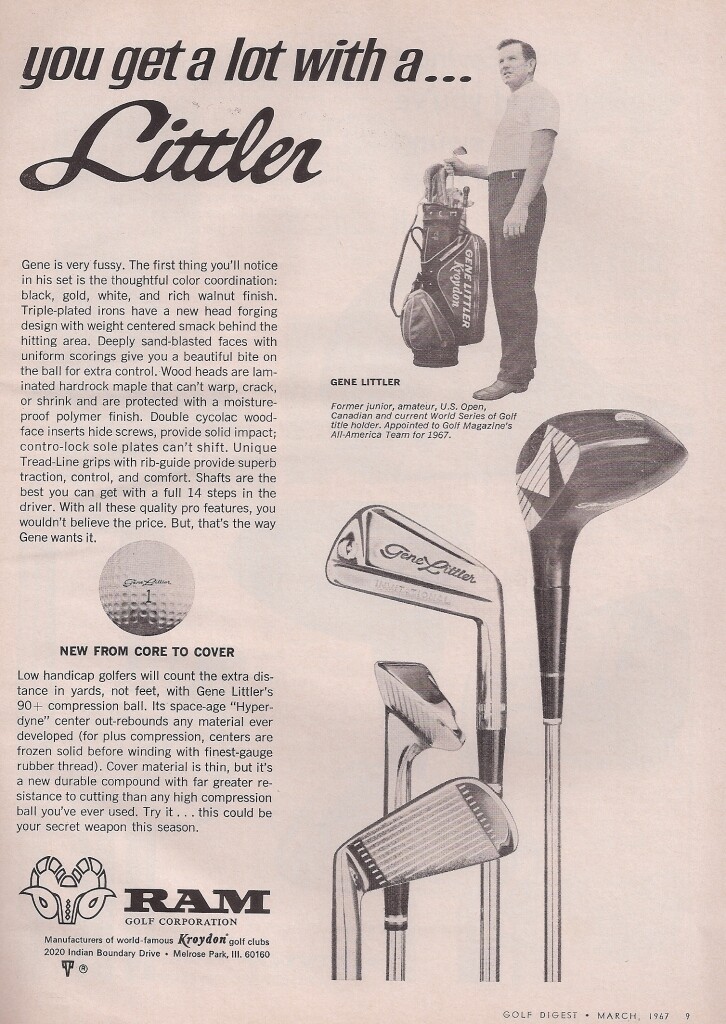