Greetings to all. Just a few words by way of introduction. My name is Jim Smith (really). I’ve enjoyed the ABS website for several years now, though mostly while lurking, and I’ve learned a lot. I’ve been golfing since the early seventies, and have used the Wilson Staff blades the whole way. Over the years I’ve amassed quite a collection of classic irons, woods, wedges, and putters. Reluctantly, I have come to the conclusion that it’s time to pass them along to folks who will be able and willing to put them to good use. I’m soon to be 56, and finding my body isn’t what it used to be. My the joints in my hands, elbows, and shoulders really hurt and I have a lot trouble swinging the heavy classics. Twenty years in the Marine Corps and an additional 18 years in corporate aviation have taken their toll.

Prior to using eBay, I got John’s approval to see if there would be any interest in the equipment from the ABS following. I think it would be a good chance to pick up some nice old clubs cheap (operative word being “cheap”

). My work schedule is pretty heavy, but I will try to get some pictures together this weekend, so I can post a few sets next week. I have iron sets from the black dot years, ’56-’61, the red dot years ’62-’75, to the tour blades from the late ‘70’s. I also have a good number of pitching, dual, triple duty, and sand wedges, along with a number of persimmon driver and fairway woods. Additionally, I have quite a few Wilson blade putters available; mostly early 8802 or 8813 remakes, and Tour Model putters. And, lastly, I have a bunch of various Wilson Staff single irons, and iron heads only that will need new shafts and grips. If there is a particular model or style of club you are looking for, please feel free to contact me via PM, email, or this post. I should note that none of these clubs have been set to ABS specifications, and I will try to price them accordingly. However, if my pricing ever seems off, please feel free to make an offer. Thanks for the website, and thanks for looking. Jim, a.k.a. “t.r. sloan”.

This set is from 1960-61; the last year Wilson pinned their irons. The shafts are original and “A” flex. I don’t know what flex that is. They have been regripped, and in my opinion will need to be regripped again before playing. The seven iron has no grip at all on it. Looking for $25.00 plus actual shipping charges. Hope someone can use them. 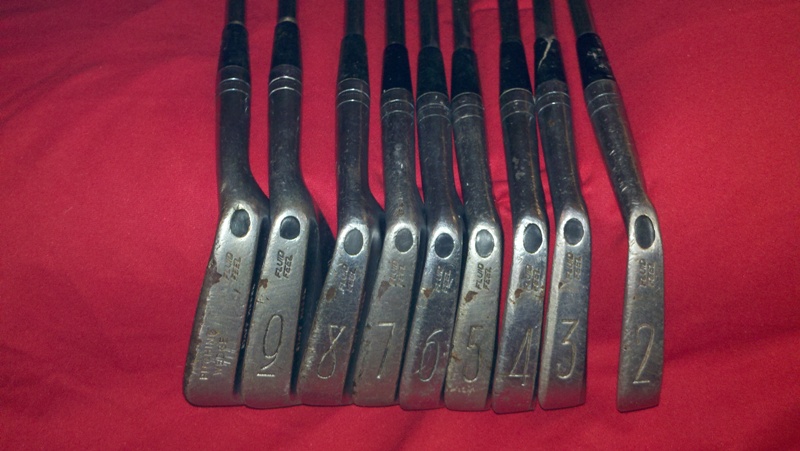 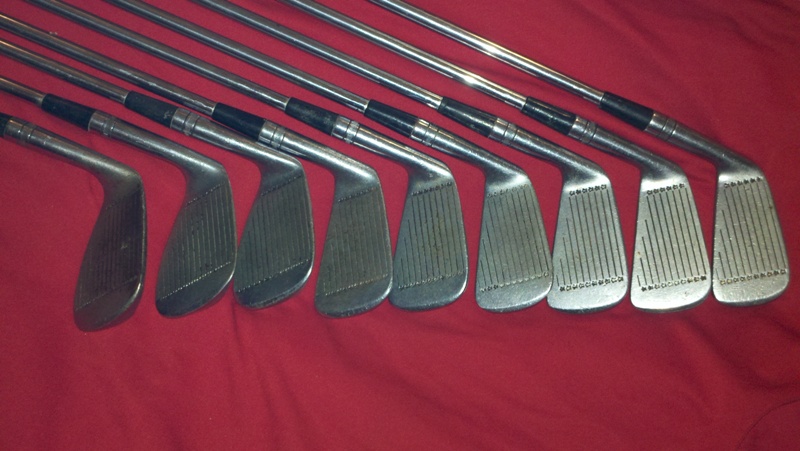 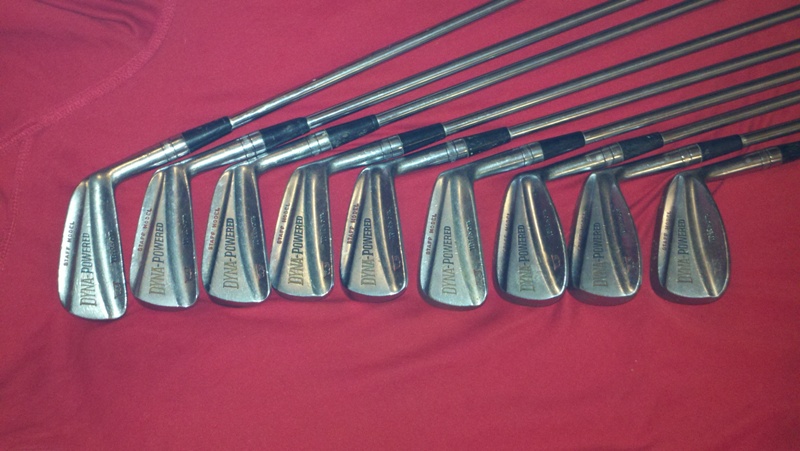 This set is from 1964. All original with leather grips and stiff shafts. Asking $25.00 plus actual shipping. Hope some one can use these. 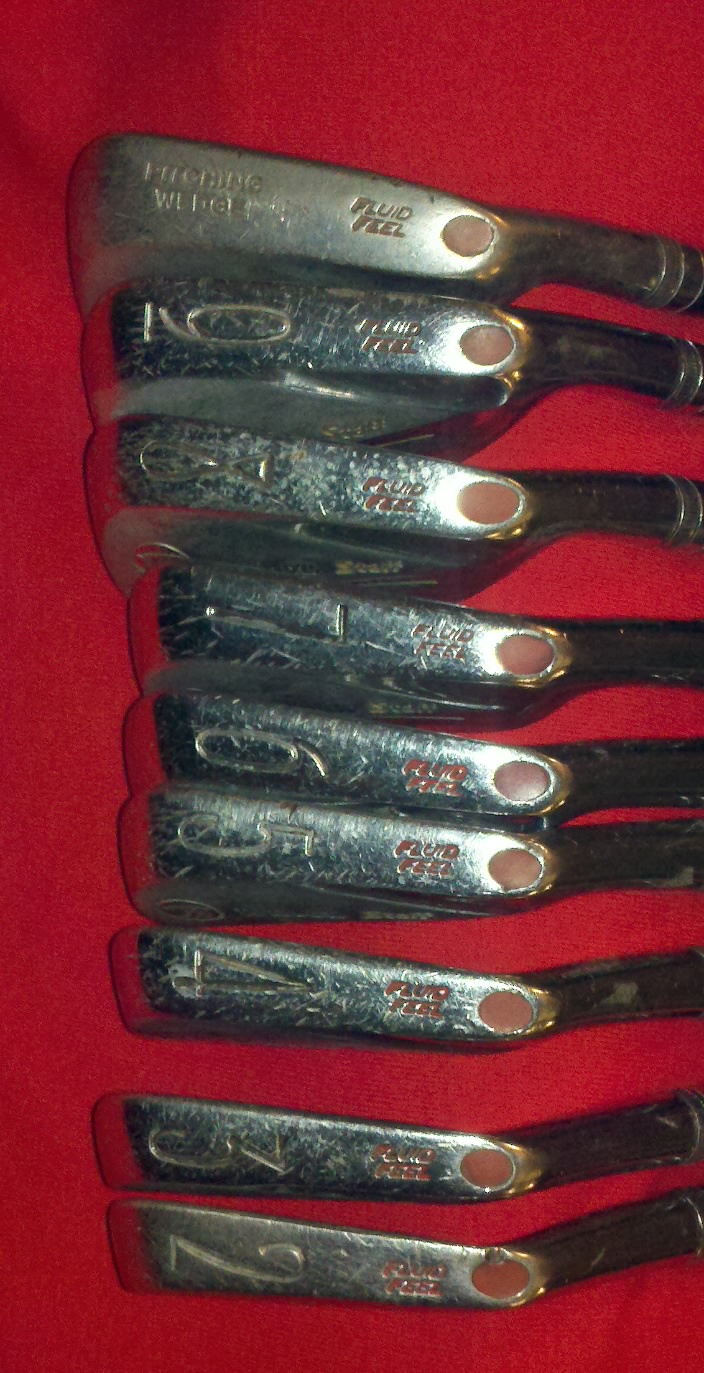 The set of 1964 irons has sold, as has the PW from the 1960-61 irons. If anyone is interested in the 2-9 irons of the 60-61 set just let me know, otherwise I’ll probably just donate them to the Salvation Army. I’ll try to list a couple more sets this evening. In the meantime, if you’re looking for something specific, email or PM me. I might have it!

This is an all-original set of 1971-72 “Button Backs”; 2-PW, regular shafts. Asking $25 plus actual shipping. These should clean up nice.

This is a Toney Penna persimmon driver. Shaft is a TT DG S300. Pretty club. 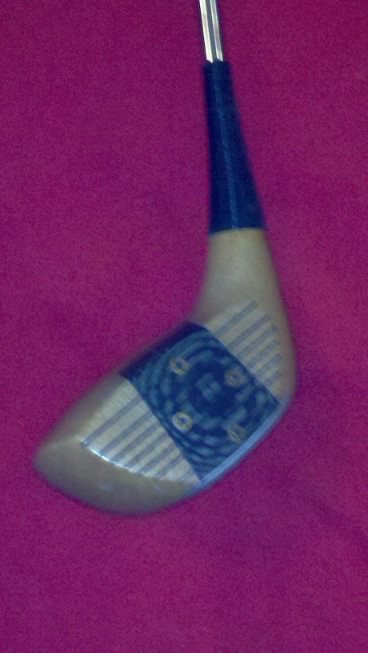 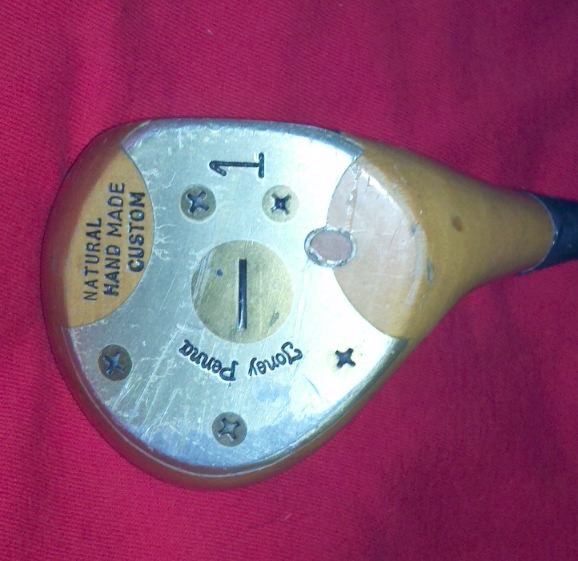 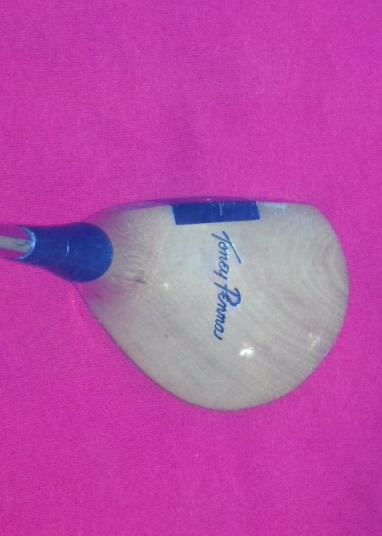