I hit the range today with two things in mind.

This image of Hogan’s 1 iron 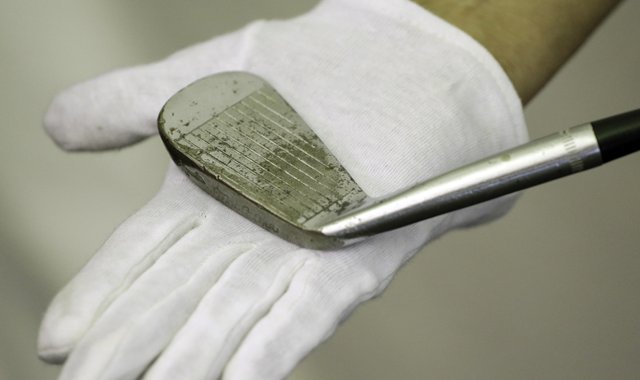 and this Brad Hughes video about releasing the club.

My intention was a strong connection of arms to the body with a pure strike of the ball between the center of the club face and the heel. I have never hit a bad feeling shot from the center/heel of the club face. This does not mean I hit targets. I hit mostly fades, occasional shanks, occasional chunky yanks, and drawing the ball was a huge task. Most intended draws started right and faded, but the strikes were mostly center of the face or slightly heel ward. Most of the shots that managed to draw were chunky and heavy. I’m thinking my swing stinks. I have not had any of my gear flattened - MacGregor DX2 irons and the 90’s steel headed Titleist PT woods, 13* and 15*, steel shafts. My flop shot swing and my full swing with a 5 iron feel identical, but I set up the flop shot with an open face. Does any of this sound like a problem? Thanks ABS. I love the forum.