Hogan considered Wild Bill Mehlhorn to be one of the finest strikers of a golf ball he had ever seen.Mehlhorn won the 1924
Western Open, which back then was considered a major for it’s time.

Here are some excepts that I found interesting from the Chapter on Mehlhorn.

“Because the golf swing happens so quicky, it’s like ten people describing a car accident. Everyone sees and feels it differently.”

Mehlhorn believed the elbows play a huge roll in the golf swing, just as in life in general, you can’t do much without moving your elbows. I think we can relate to this as so much of what we do is defined by how we use our elbows in our swing, particularly the right elbow. Because this very much is one of the main protocol differences between hitting and swinging.
It’s a great observation.

Mehlhorn also did not believe in maximizing swing radius… He talks about how if you put a stone on a three foot string, you can spin it faster than if it were on a 10 foot string. “You can move something faster in a small space than in a larger one”

Mehlhorn is was also the inventor of the compact golf club… he cut the toe off the long headed irons and then welded it to
the back of the club behind the sweetspot. He understood the concept of putting mass behind the hitting area… and was a proponent of using heavier clubs assuming you could swing them at or near the same speed as lighter ones. “You need mass with speed”

Mehlhorn also was the first to put numbers on the bottoms of his clubs! What a concept!

Mehlhorn was a big believer in swinging the club flat… He believed the golf swing should be 45 degrees to the ground…
He called the golfswing a “sideways move”
Most drivers are no where near that flat… most around 55 even up to 60 degrees.

I recently built a driver at 45 degrees and played with it, and it really feels like your swinging a baseball bat. It really embraces the pivot.

Mehlhorn said you should typically hit your shots with only about 2/3rd’s of your effort… and only use more than that near
the end of a round to keep your rhythm intact.

Mehlhorn said although Nicklaus had proved to be the greatest player of all time, he wouldn’t even put him in the top 50 of
the greatest ball strikers. “Hogan had the best swing, not Snead, because he had a more sideways movement”

You can follow this link to see some footage of Melhorn:

If you watch the video on the left hand side of the panel I believe that he is the second golfer. Its Sarazen (1st), Horton Smith (3rd) and Tommy Armour last apparently.

If i’m right then Will Bills stance is pretty wide, reminds us of Mo’s pyramid stuff. And watch the feet, looks like some inward ground force pressure going on through impact…

You never cease to amaze me how you keep coming up with this stuff! WOW!

“Because the golf swing happens so quickly, it’s like ten people describing a car accident. Everyone sees and feels it differently.”

What a great description. probably why there is so much swing talk out there. I always loved what Trevino used to say.
“I’ll never take a lesson from someone that can’t beat me”

You have probably seen this site. But good to know there is another devotee of ‘Wild Bill’

“The best drill I’ve seen for improving your knee action is the Mehlhorn Drill, named for a colorful old tour player, Wild Bill Mehlhorn. It’s in the chapter of drills…” 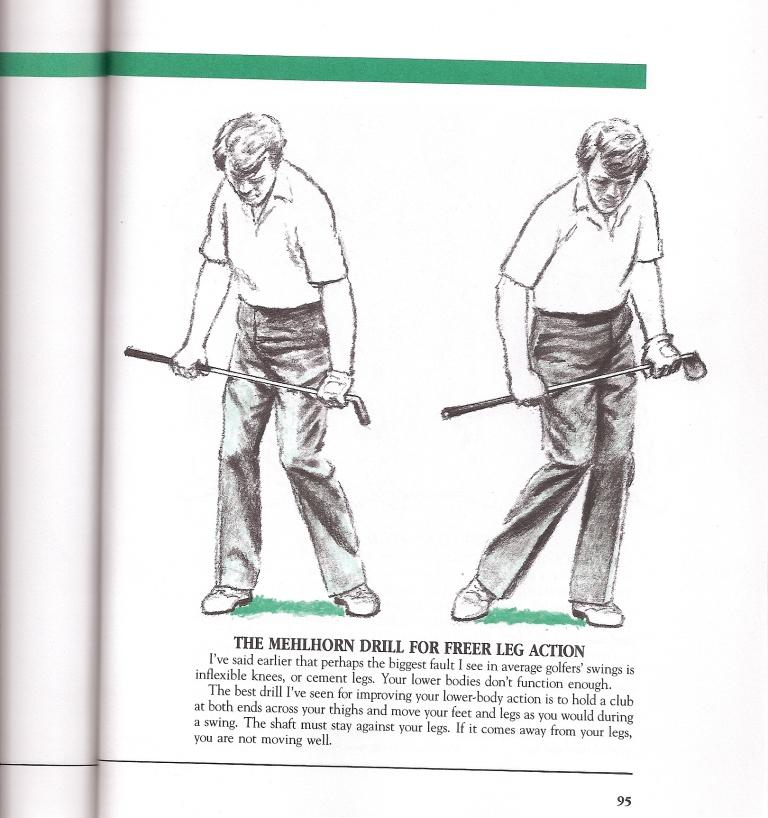 Think a few of have seen this clip, but I believe the tip is attributed to Mehlhorn

Hogan on the Ed Sullivan show

Thanks for the post on the Wild Bill Drill!.

.I remember this drill from many years ago and that it worked like a charm for me back in junior golf days…But I forgot over the years exactly what it was. I’ll tinker around with it to determine if I can recall why I liked it so much at the time…Hopefully it will blend in nicely with the Modules…

About 8 months ago I asked Lag in an e-mail after he reviewed Melhorn’s writings to see if this drill was in there. And he said he didn’t find anything like it. Anyway this is the drill I was referring to at that time.

For those who have never seen American golfer ‘Wild Bill’ Mehlhorn- here he is in all his glory following a tee shot in the 1927 Open Championship at St.Andrews 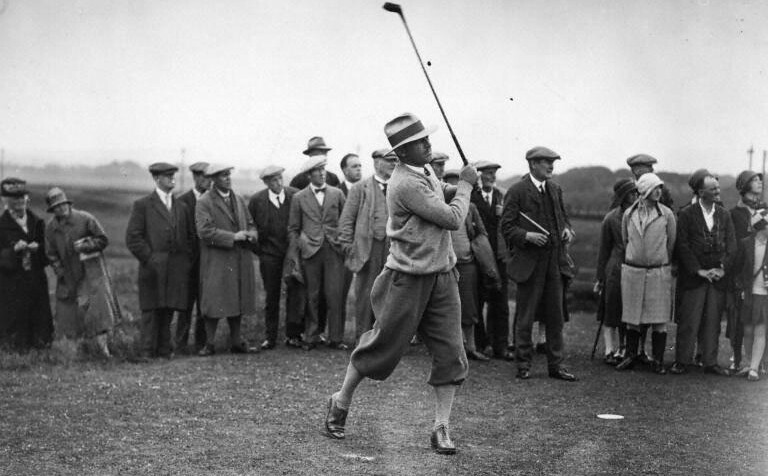 How did the 45 degree lie driver do for you? I am making my way through many of the great threads here.

I recently got a PM from a member regarding the “Wild Bill Mehlhorn Drill” asking if I remembered anything more about it. I recall reading about the Wild Bill Drill in an old book at the time that didn’t have many pictures in it at all. So it was great to see TM’s post of Watson’s pic. As a young student of the game I tried to add to this drill and see if I could have something a little more concrete to potentially help supplement Wild Bill’s Drill.

I took the club in a similar fashion as Watson is demonstrating and flipped the club around such that the clubhead was on my right side with the toe pointing in the sky. I also tried to hold the club across my thighs with just my index fingers each place just outside my legs. In my mind this would make the drill more sensitive to any changes the shaft made across my thighs…

Then I tried to take this drill to the extreme right, then to the left to see how far I could turn and keep the shaft pinned to my thighs. To my surprise with practice, I could make the clubhead go behind my right heel. The funny part was my shoulders were turned a full 90 degrees with the back to the target and I didn’t even try to turn my shoulders or hips during this move. My upper body was near full rotated without hardly any internal upper body tension. When done correctly, you’ll feel the right hip turn behind you more than you’ve probably ever done in a golf swing.

Then coming back to the left I pretended to hit the ball with the clubface. Of course the clubface is well above the ground and can’t really hit the ball but you can see that the clubface wants to come back to the ball if you stick with the drill. Just look at the recent Snead diagram and picture a shaft across his thighs. The clubface on the pretend shaft is nearing impact as Snead approaches impact.

When you’ve got the drill down, go practice with just a wedge. Address the ball and cock your wrist up. Then do the drill without any independent swinging of the hands and arms. Feel like your hands remain on your belt buckle. Uncock your wrists halfway to meet the ball and you’ll be amazed at how natural it feels. Also note how far the clubhead travels doing a full range of motion just using your thighs.

With practice try to build up speed with this drill without losing form or range of motion. Also play around with this drill. See how far the club rotates if you just turn your shoulders. (Not too far). See how far the shaft goes if you initiate turning of your hips instead. (Again not as far if you use your thighs). At the time I considered my thighs as the engine to swing. So way back when, this my introduction to swinging from the ground up and keeping independent arm motion to a minimum. 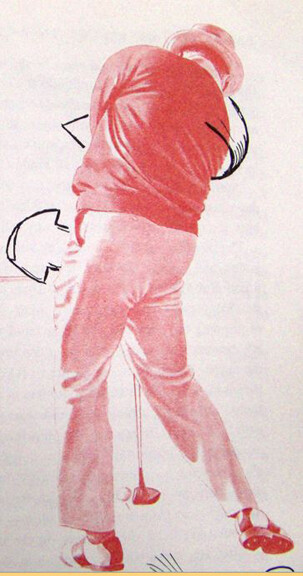