I wanted to see if anyone owns some Hogan Precision / Saber iron sets that have “progressive offset” from 2 to E. Personally Ive bought two sets like this and wasn’t sure about bending them, and in doing so taking something away from the original design.

Would be interested in others experience of these clubs and if you found them with zero offset - more like the macgregors of the time.

My gut feeling is that they were adjusted later…

Someone has probably bent the lofts stronger, which would add offset.

Its probably a bit of a silly question though I have two sets bent with a similar progression.

NRG, the more I think about it, your comment makes sense.

The clubs were probably bent more into the short irons to match modern lofts - without taking into consideration the progressive introduction of offset.

Shouldn’t be much problem removing the offset with the longer necks. There is a skill to doing it… but it is doable.

Will definitely try to set them up properly.

Its very hard to look down at offset after playing zeroed clubs for a while - let alone the potential swing effect.

You tend to find that the Hogans didn’t have any offset even well into the 80s, whereas the MacGregors started with offset in some of their sets back in the 60s. However the Hogans tend to be light and the Macgregors can be really heavy.

You pays your money, you takes your chance.

Just came across this upload from twomasters. Clearly no offset. 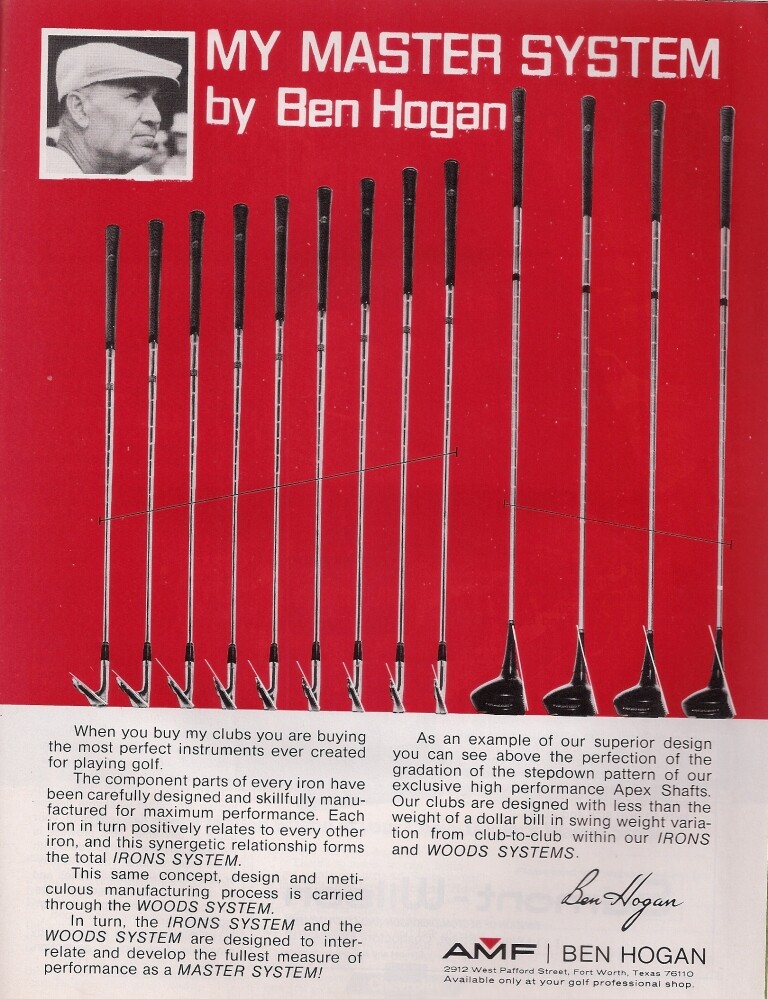 I think that the early Hogan irons had progressive offset when they left the factory… evidence?

Maybe something to do with the ball position he favoured (inside left heal for all clubs but varying right foot position)… whereas Snead et al. Moved the ball away from their left foot…?

I’ve not worked all the Hogan sets by any stretch, but the Power Thrusts, Bounce Soles, 70s & 80s Directors, PCs, Redlines… None had offset, all pretty light.

What Hogan played in his bag and what he was selling to the public were not the same.

Must admit I have a mint set with the offset so maybe it was a compromise for general sale.

Its also possible these clubs are so popular that a lot of golfers have had them adjusted through the decades to keep them in play.

Power Thrusts are defintely no offset by comparison as NRG said. Maybe not quite as sought after until recent years.

Spotted these Hogan Personals with no offset. 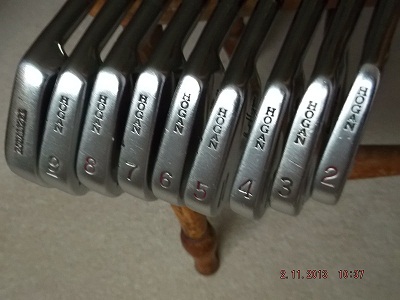