Maybe someone is able to help here…just picked up this set of Accuform PTM blades (for free).
I’ve attached some photos. I’d like to get them setup to ABS specs (I live in Toronto, Canada).
Not sure if these are offset a little or a lot? I would need to have the lie and lofts ABS’d. Probably cut down as well.
I’m 5’-9" and the 5 iron measures 38" (which I think is what John’s measures and he’s 6ft).
Anyone know of Accuform golf?
Either I get these modified or just buy a set of ABS spec gear from this site. 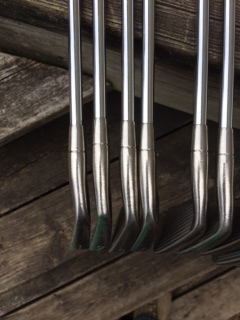 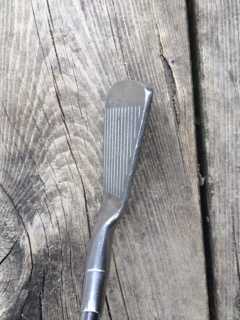 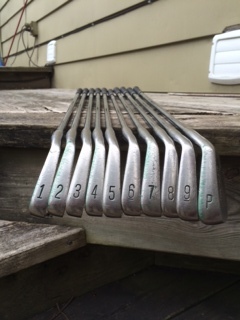 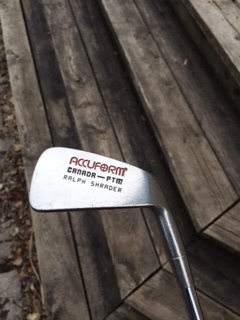 Great to have a fellow Torontonian on here! Check out my thread about the PTM:

I have a set as well and they’re great. If you got them for free and the shaft in them is an AP44 Stiff or X, then they’re perfect! You would though, need to get them bent flatter and weight them down a bit.

Comparing them however, to some of the more classic gear, there’s a marked difference- for a blade, they’re much easier to hit than a classic forged blade. I have no problems with the long irons, whereas with more classic gear, you’ll really have to swing it well to make the ball sing with a 2 iron.

And you’re correct, they do have a considerable amount of offset for a player’s blade- send them down to Lag in SF and he’ll beat the offset out of them for you!!

Thanks Crete for the response.

seems I don’t have access to view your thread on this site.
it must be in the students vault section? I recently signed up and haven’t made the commitment to buying the modules just yet.

Yep, the shafts read AP44 X.
They do feel way lighter than my hogan apex set. Weighting them will be required.
I did get them flattened recently. Haven’t had a chance to play with them just yet.
I’ll see if someone local will be able to fix the offset.

what are my options for weighting them? I’ve read on this forum about lead tape?

what are my options for weighting them? I’ve read on this forum about lead tape? 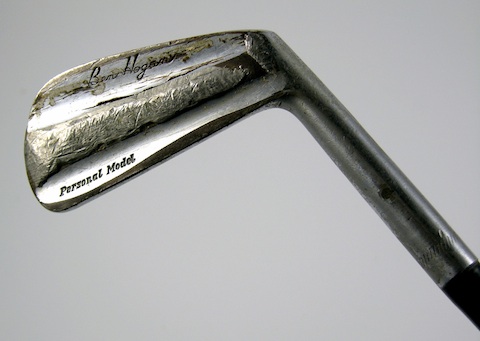 I tried to read your thread but I don’t have access. I’m working with Two. You guys play persimmon? Up for a game? I’m a hack at the moment but working hard.

Weight can be added down the shaft and corked to prevent loss. You can also use lead tape.

I tried a new approach recently that I like. I made a lead mold from a piece of flat wood by routing out a cavity (actually several of different sizes and depths) into which I can pour lead. I weigh the club on my scale and add raw lead to the scale to get the desired dead weight. Melt the lead to make a small flat ingot and after it cools, epoxy it to the desired position and when cured, add a strip of tape to reinforce the epoxy. You may want to experiment with shapes and obviously you need a router or Dremel to make the cavity in the wood. I guess you could always pound out an ingot (just thought of that). Lets you get the lead where you want it and saves time adding tape. Use soft lead.

Norcalvol…thanks for the pic. I’m assuming that’s the lead tape. Looks like an easy resolution to add weight. I’ll give that a try.

mdrretired…thanks for the ideas…that sounds like something I would pay to have done. Definitely not my ‘skill set’.

Crow…I’d definitely play a round at some point. I got a bunch of the Accuform persimmons with the set of irons. So, I’m ready to embarrass myself.
I’m a member at Carrying Place GCC (worst name in the world). It’s nice and tight with small greens about 6200 yards. We can always play there.
Crete, you’re welcome to join if we can agree to a date and time. Love to pick both your brains on how to fight CF swinger’s release.

I’ve got a 7 month old baby now…so, my time for golf has dwindled considerably. Gave up hockey during the summer this season so that I can get a round of golf in during the week instead.
Anything’s possible.

Norcalvol…thanks for the pic. I’m assuming that’s the lead tape. Looks like an easy resolution to add weight. I’ll give that a try.

Yes - that is a hunk of lead tape on one of Mr. Hogan’s actual clubs.

Also, I purchased a set of Hogan redline irons from Lag early this year shortly after beginning mod work. Here is a pic of some of those clubs… the shorter irons (on the right) have lead tape added by Mike/Lag to bring them to ABS deadweight specs… 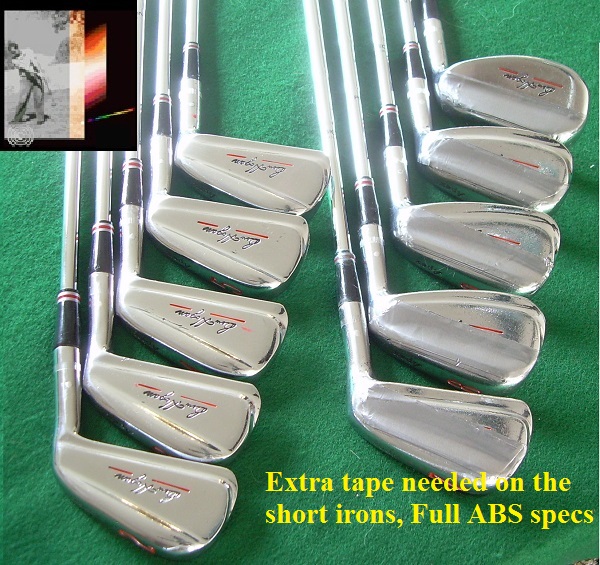 And, I added tape to my flange putter to make it feel heavier - made a difference… 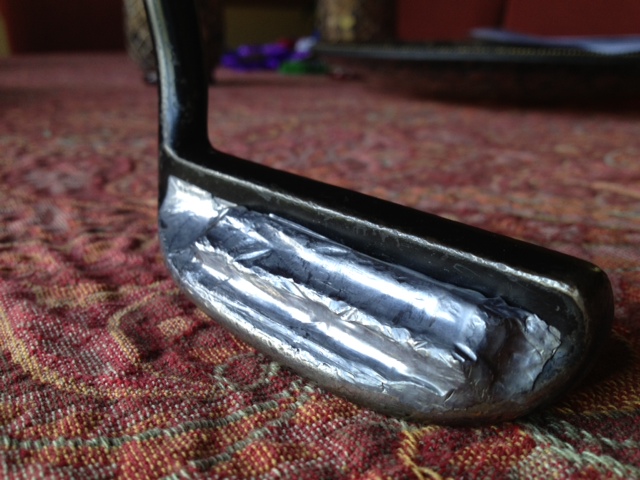 Thanks for the pics and feedback.