So the clubs I have arriving in a few days to replace my…uggh…Ping Karsten III’s are 87-88 Fluid feels. First question is does anyone know how soft the forgings are? Will they handle a big bend? Next how hard will it be to reshaft them later? Currently stiff shafts (guessing s300?) in them. In other words should I reshaft before bending? Final question, for reshafting I hear they are a .355 taper tip. Would it be a good idea to bore to .370 parrellel? Thanks in advance and thank you Lag for the best golfing site around!

Truenorth, I have been wondering some of the same things. I have not yet bent any clubs, so I have been wondering how much I can go. I have a set of Mizuno MP 14s that are really upright, so I don’t know how much is too much. They have everything you want but the lie angle. I have purchased many other sets and they all have the .355 taper tip so I have decided that I am not going to bore them out at this point as I believe that the x100 .355 tapered shaft will be stiff enough for me. In the future maybe not, but for now yes.

The one thing I do know is that with any forged club you are safe to at least two degrees. Also if I remember correctly the Mizuno’s haven’t gone quite as upright as say, a Titelist forging. Not sure which time frame this happened but I remember seeing a few posts about it somewhere else. Unfortunately for me I already play a few clubs with xstiffs in them and I wish I had them tipped a couple inches. Must be the 500 lb or more woodstoves I have to carry around every day haha. Don’t worry, it’s a two man job…Anyway back on topic. As far as shafts go I have actually entertained the idea of reshafting a practice club with rebar or ridiculous tipping amounts so I am probably not the one to talk to about that. I suppose it should be too hard to just ream it to parallel instead of overboring to .370, but then again without a drill press and a jig you can hurt yourself pretty bad. The 1/2" Makita is the most dangerous tool on the jobsite! Anyway, could one of you experienced club builders shed some light on this please? 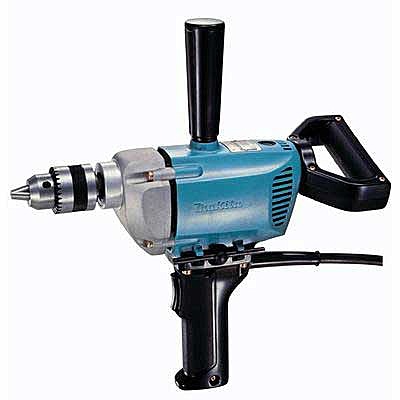 I do remember Lag saying the modern club he broke while trying to bend it was a forged Mizuno, but pretty sure in that same post he said two degrees is ok.

They should be fine for bending, but no guarantees, sometimes clubs snap.

If they have stiff shafts, then I would just play them as they are and see how you like them, getting the old Wislon shafts out can be a bigger job than you would think. I wouldn’t start reboring stuff to .370 unless its a last resort, you will need a pillar drill and probably go through a load of drill bits getting it done.

I talked to Barkow the other day… it was his club I broke and it was not a Mizuno… it was a Taylor Made forged blade. Newer and very brittle. So Mizuno may be fine. I have bent a couple Mizuno sets and from what I remember, the difficulty was more in getting the bit of offset out of them as they had very short necks from what I recall.

Ok I must have had a hole in my memory about the Mizuno. I will definitely play these irons for awhile before I start going crazy. Half the fun of having unassuming gear is playing it better than guys with new custom stuff, even if that doesnt happen often yet because I am still a golfing infant

. Most of my concern with the reshafting was how hard it would be to reshaft later and yes I have heard the nightmares about Wilson reshafting. Maybe in the future I will think about hard stepping a set and leaving the short irons a touch softer. Thanks for the replies guys.