Lag got me interested in old school blades, so I sold my MP-60s on ebay and used the proceeds to buy several sets. The cream of the crop was a set of Dynapowers I bought unseen off of craigslist – you may have seen pics on another site. They’re flat out stunning - quite a surprise when I opened the box. I’ll post some here as well once I figure out how to make it work.

Since I intend to game them, I knew based on input from Lag that I needed to switch out the regular shafts for something stiffer, although I’ve been a little reticent to start the process being a novice club tinkerer and not wanting to destroy them. Lag seemed pretty confident that it could be done, so, after a bit of practice on some other sets, I got brave last night and started working on the Dynas. Couldn’t believe how easily the heads came off (I only had time to torch the 2, 3 and 4). I guess I attribute that to the fact that the clubs were so pristine – hopefully the trend will continue. I also hand-drilled out the 2 using the step process (T, U, 3/8) going down 1 3/8 with the T. I was a little afraid of messing up the hosel by going too deep based on what I’ve been reading recently, so, given the condition they’re in, I went with the cautious approach suggested by the resident club-maker on the Golfworks forum (although he recommends using a drill press). It was a little tedious, and perhaps not exactly precise, but I think it will end up working just fine.

The ends of the red Fluid Feel plugs stayed in the heads, although the part that goes up the shaft a couple inches broke off and stayed lodged in there – I’m assuming that’s fine and that they’re more cosmetic at this point than anything.

I’ll update as I move along…

Wow, beautiful sticks! Did you use any special cleaner or metal polish to get them looking that good or were they already in that condition?

I didn’t touch them – I took those 10 minutes after I unpacked the box. I was in shock!

I shafted the x100s in last night. I was concerned about how much material I had drilled out of them, but ended up using a trick Lag suggested, which was to mix some sand (I actually only had sanded grout in the garage so went with that) in with the epoxy. I was able to save all of the red plugs, although one split a little so I may have to do a little touch up job. I’m hoping when I check on them after work they’ll be ready to rock.

Now I just have to figure out what length to cut them to. Lag, if you’re reading, any suggestions? 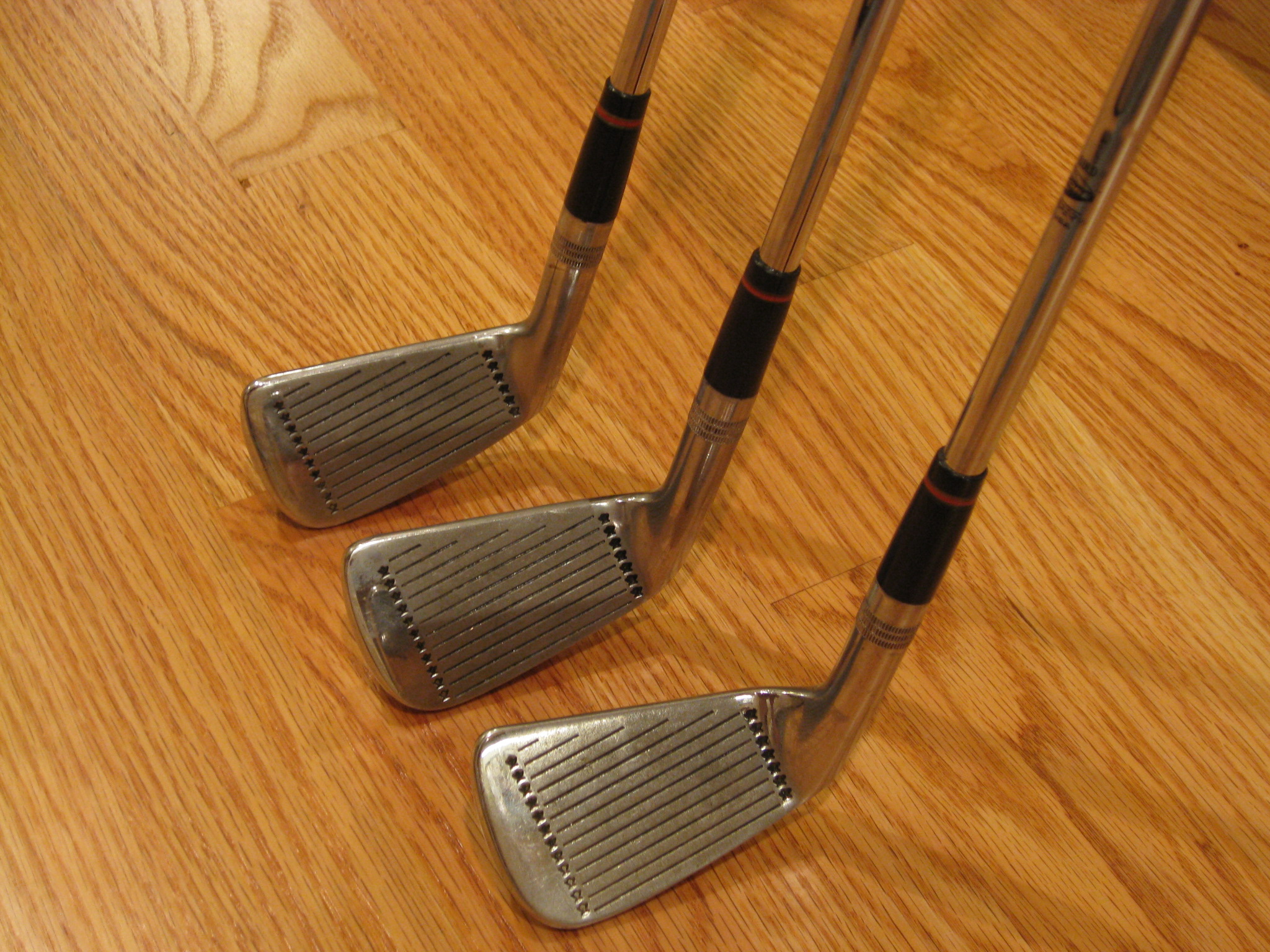 Where’d you find those old-school ferrules?

Great service and quick shipping. Bought some for my Hogan Bounce Soles there as well. Robert Kent is the owner and very good to deal with.

The look great…
A job well done… how is are the loft and lies coming along?
I heard you say the guy down there was afraid to go 4 degrees down?

Thanks! I really enjoyed the process and feel pretty good about it given I didn’t have much experience going in. The hand drilling was the hardest part - much patience needed. Your input was obviously very helpful.

Here’s an abridged version of a post I made in the fitting thread re going flat:

Here’s my experience on getting my clubs bent flat cut. Per Lag’s suggestions, I asked for 4 degrees flat off of the standard in the chart above for my 66 Dynas. The club fitter I took it to thought I was crazy and told me they’re way out of whack from Mizuno’s current standard even as the flattest club maker out there.

Anyway, he told me he got the lies all to my specs from PW to the 5 iron, then had to go in half degree increments down from there (see below) because he said he got to the point where he felt he was making creases that would weaken them and make them break while playing. He said other guys wouldn’t even have touched them, yada yada, and that he wouldn’t try bending them further. My question to Lag – What do you think - close enough for now and tweak the longer irons later?

So, I need to take the 2, 3, and 4 to someone else to get them consistent at 4 flat or get a machine (if I can find a decent deal) and do it myself…