For those who enjoyed the video of the 1986 US open at Shinnecock Hills…I am posting the players yardage book from the 1995 Open at the same venue that I was lucky enough to play in.
For starters I will do the front nine.
Thought many would like to see what the book looks like that the tour pros have in their pockets when you see them at a tournament or on television

George Lucas (not the sci-fi guy) traveled the tour for probably 20-25 years making the yardage books at each tournament venue out on tour and then sold them to the players and caddies each week for use. So the books were much the same as this week in and week out.
The only thing I didn’t really like about the hole designs was most holes didn’t actually show the shape of the hole, and many doglegs and fairway bunkers were left out… I guess you got used to them and made mental notes or notes in your book for reference during practice but I always liked to see the entire hole and it’s shape on a yardage book

You will see lots of hyphens- abbreviations- sprinklers to the side of the page which to me added to the confusion at times but I actually never used the book much. I trusted my caddie to do it all and would only take a look when it didn’t look correct to my eye or I wanted to see the pin position and the obstacles around it.

Enjoy- any questions- fire away 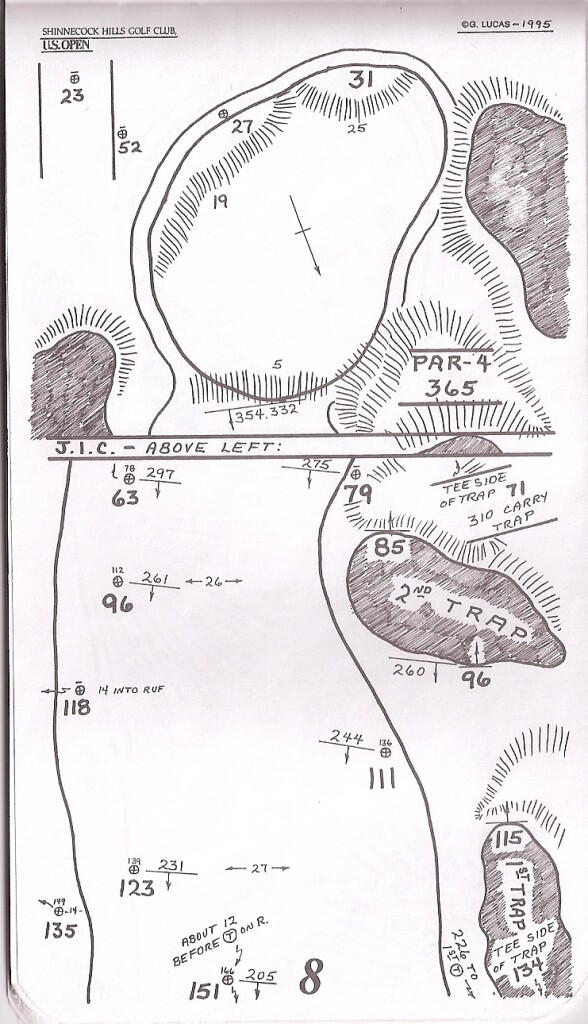 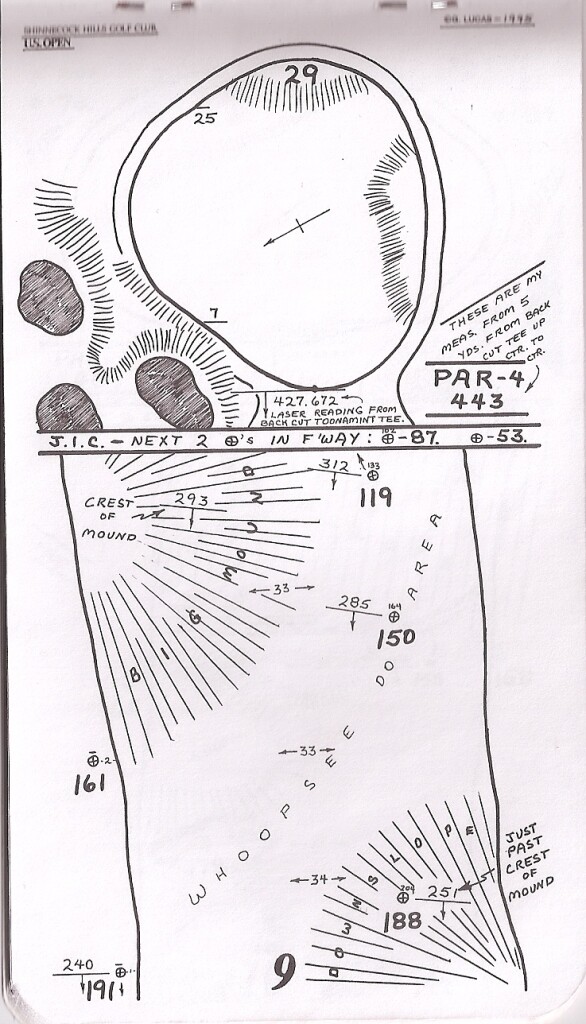 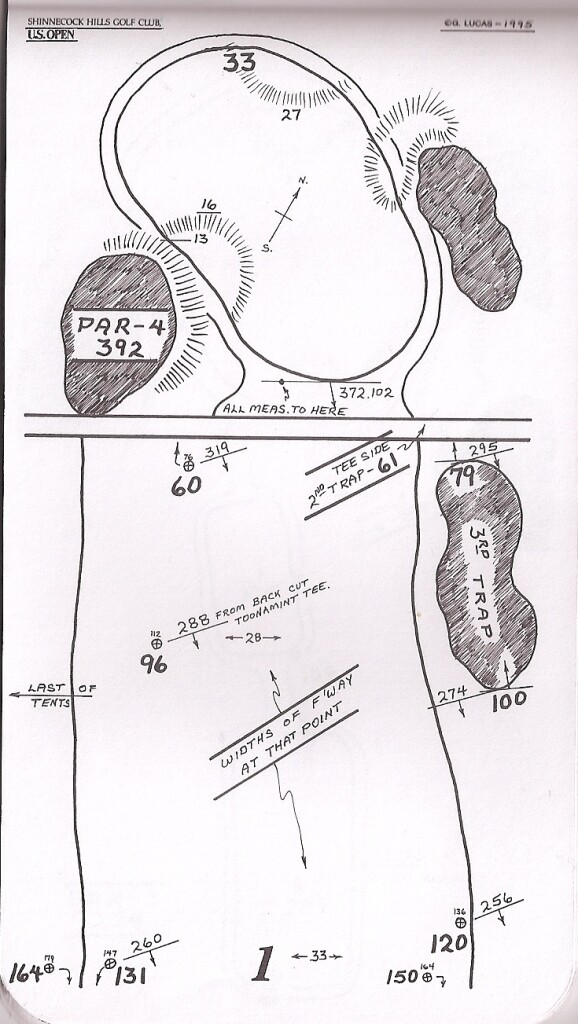 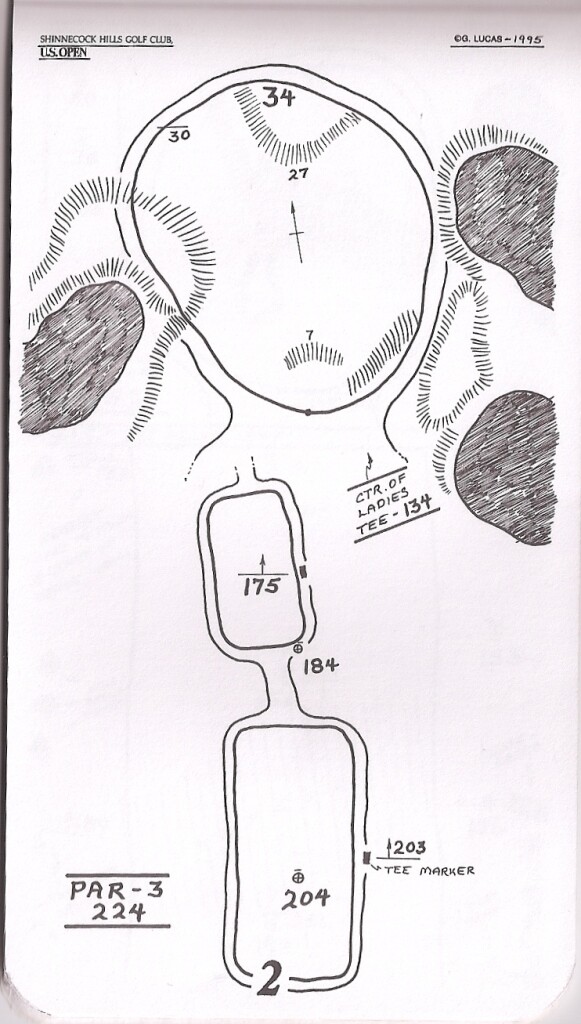 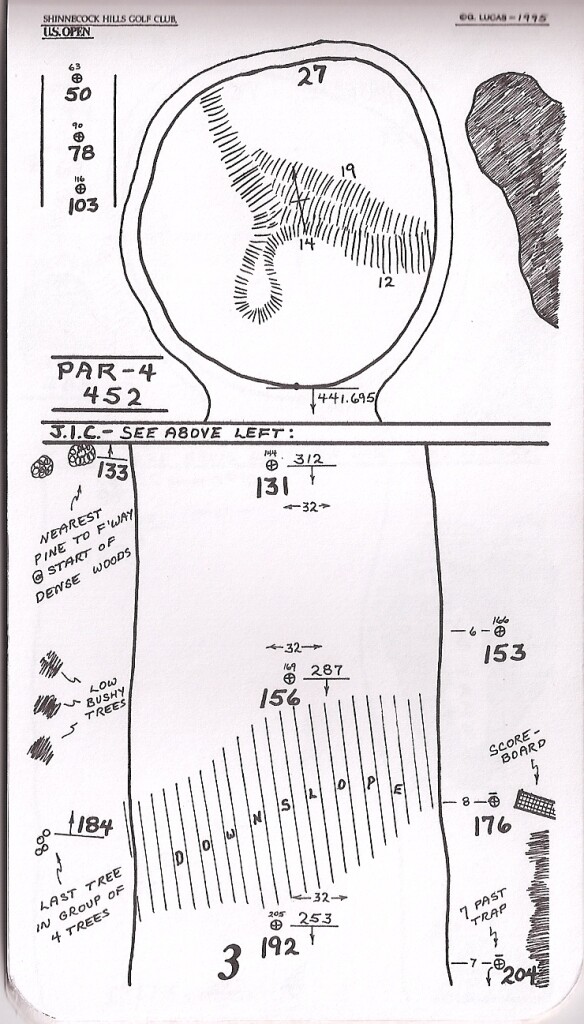 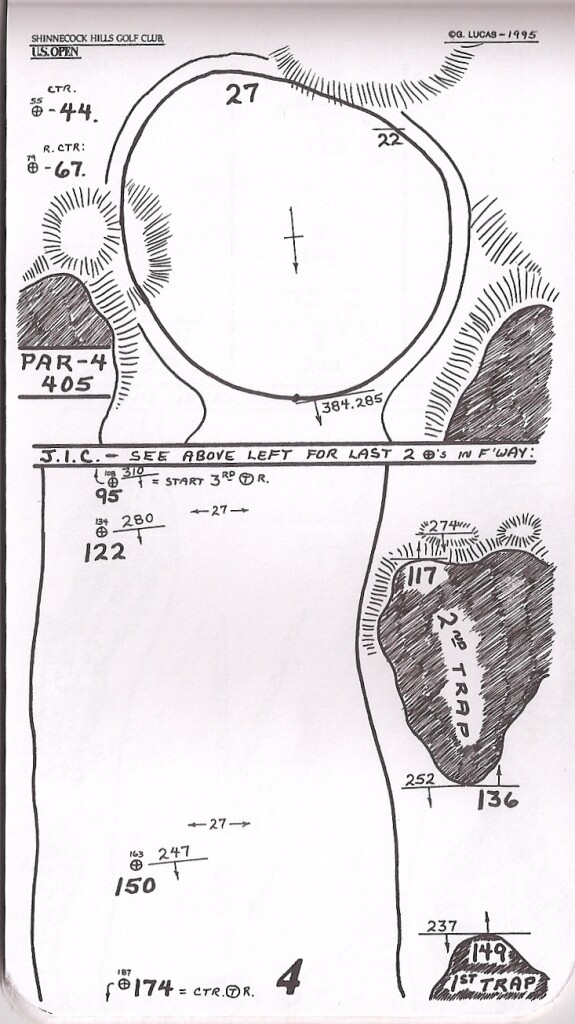 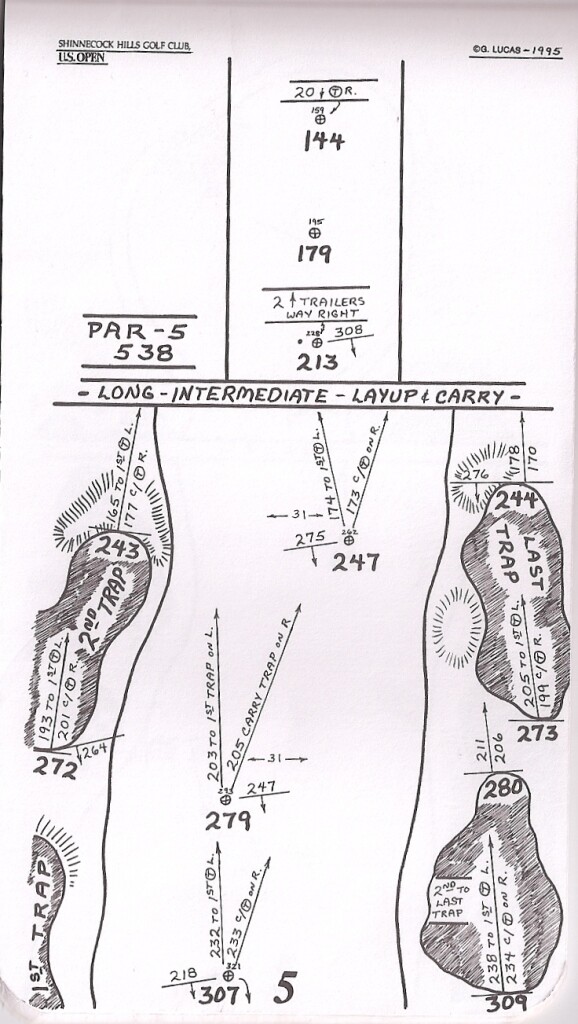 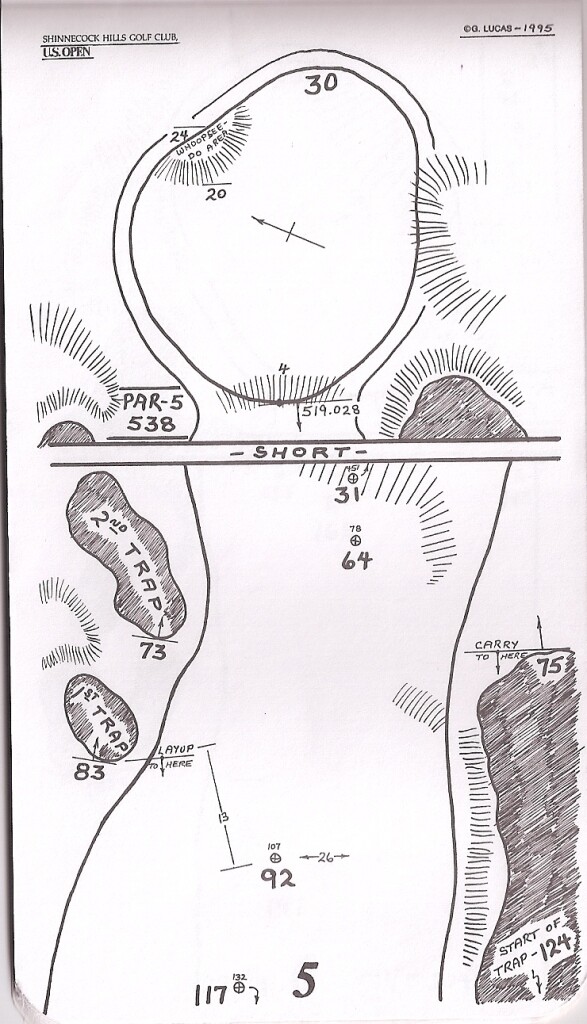 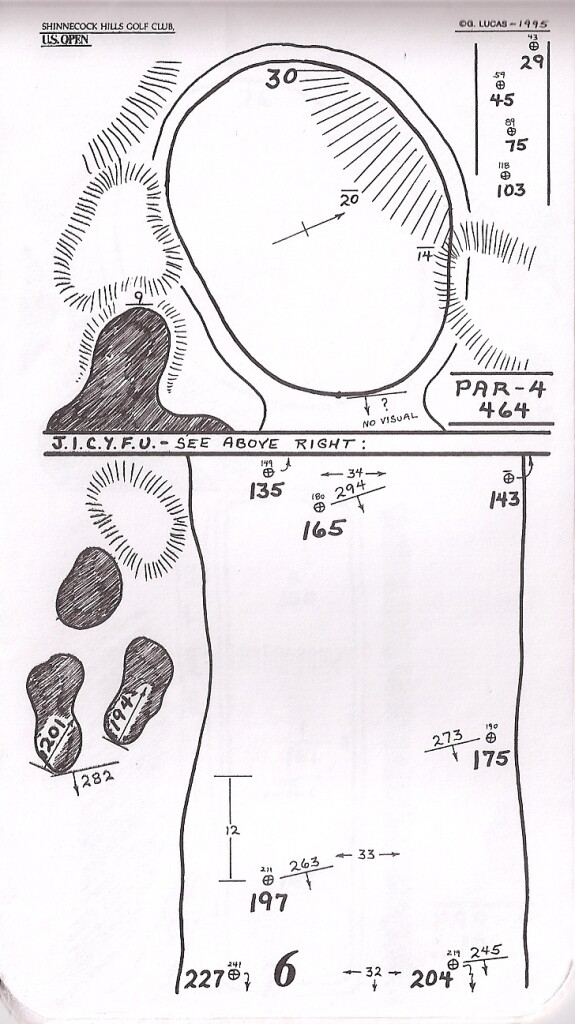 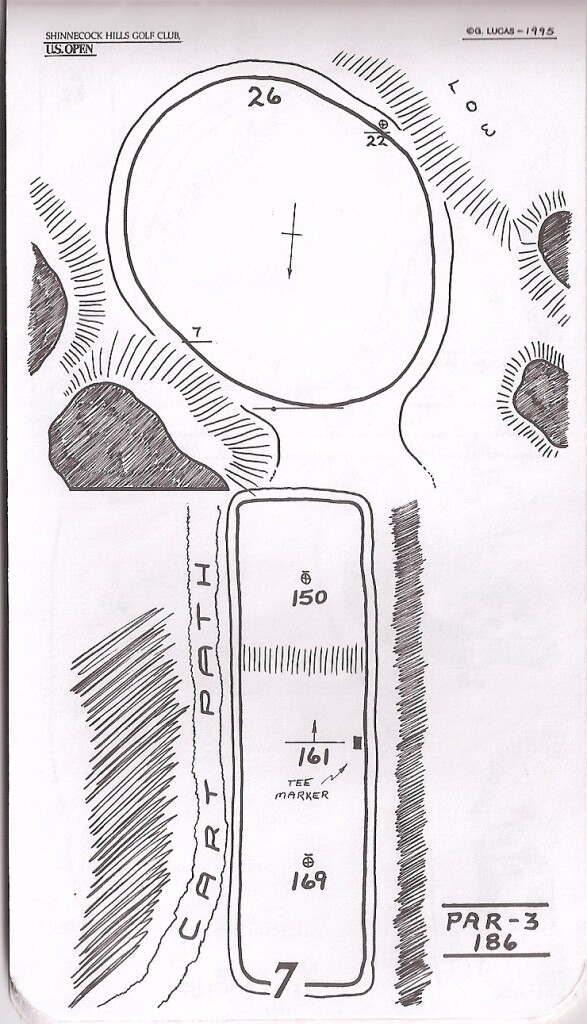 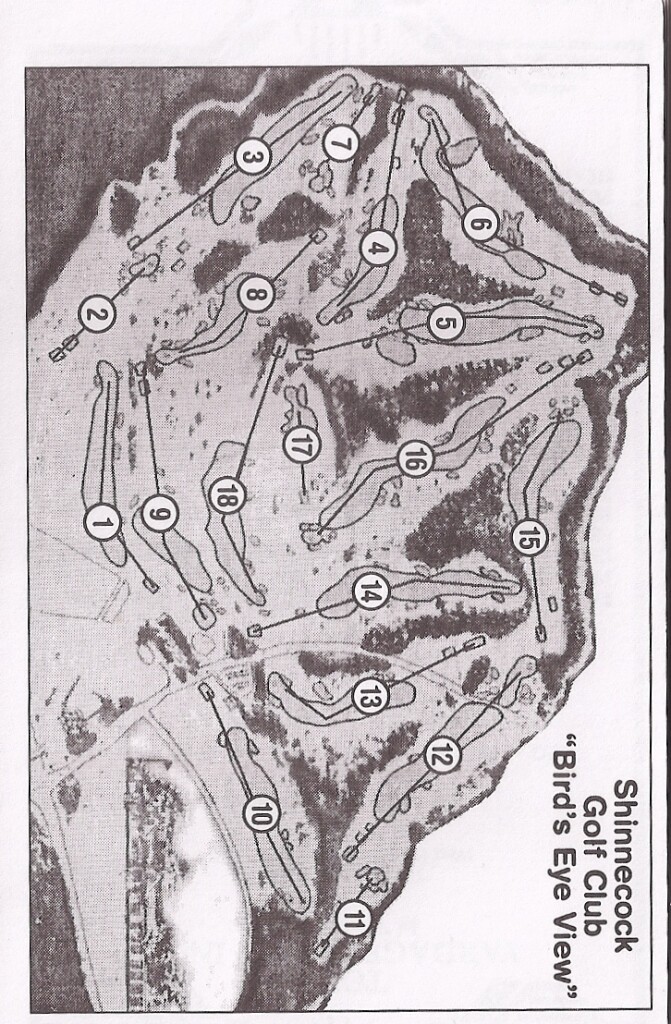 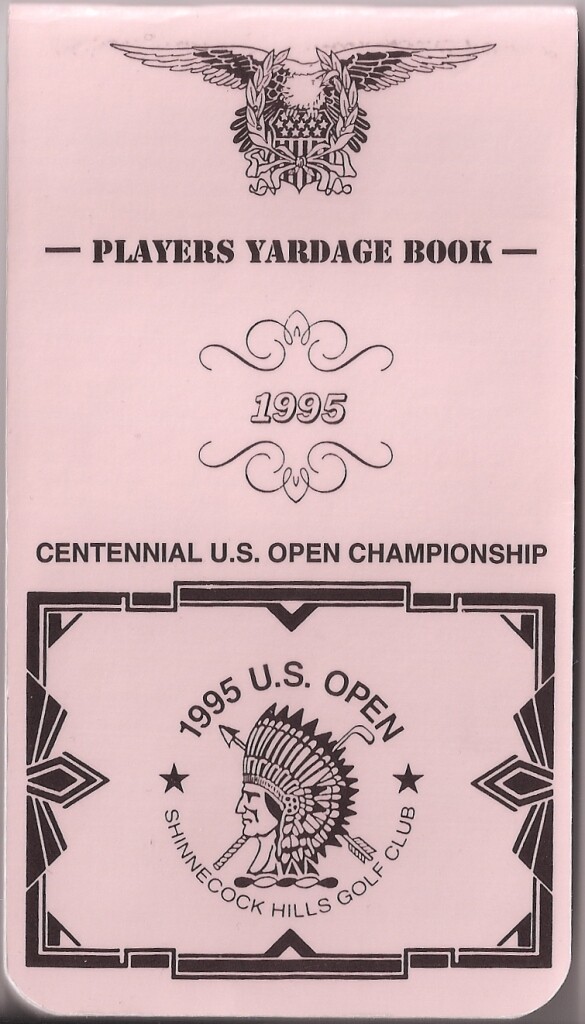 I’ve never seen a pro yardage book so this is pretty neat - thanks for posting.

How often did you find your own memory of a hole conflicting with what was in the yardage book? Did you trust your gut or the book in these situations? When I watch the pros on tv, it looks like some of them study yardage books like they are getting ready for a test at NASA and some just pick up a club and swing away.

I think a lot of the time when bunkers obstruct your view or holes play measurably different because of uphill or downhill land you can throw the book away and play by instinct.
I was never huge on the yardage book. I pretty much had a club in mind based on the distance my mind saw it to be and the conditions and the shape of shot I wanted to play. The yardage book was just a backup or used to get carries on bunkers or green depths.

I think when watching golf on television many players get way too involved in a particular yardage- when you hear the caddie saying 72 front and 79 hole and 87 long it can get into overload at times. It certainly slows things down a lot. Players change clubs several times and look like they are often in two minds.
I always found my first instinct to normally be correct. That’s where a good caddie is required…to let you play by feel based on what you see and feel the shot needs to be played like…then get out of the way and let your talent shine through and only speak up if they see indecision or they think the club selection is way off what they think in their mind you should be hitting. I think the caddie gets way too involved in much of today’s decision making on the course and quite often the player trusts them more than he trusts himself, even when he is the one with his name on the bag and hitting the ball.

Very neat. I love George’s yardage books. I have a Strakka Line for TPC Scotsdale that I bring with me every year when i caddie in the Pro-Am.

Is the North-South indicator on the green there to allow players to know how the sun moves over the green, possibly affecting grain? I really can’t think of any other reason for it.

Is the North-South indicator on the green there to allow players to know how the sun moves over the green, possibly affecting grain? I really can’t think of any other reason for it.

Ah, I see. I like. I was thinking you guys must check out the wind report before the round, but of course, just check it out on the range or as you play!