As we are entering the week of the next major I thought I would kick off an “Open” thread. I’ve got a particular interest this year as I am hoping to go and see a day or two of the action as its the closest the Open gets to me (about 3 hours along the coast) and I have been lucky enough to play the course in the past. So I’ll kick off with a couple of things I’ve noticed in the run up.

Firstly the idea that Ben Curtis was an “unworthy winner” in 2003 strikes me as nonsense - see http://www.guardian.co.uk/sport/blog/2011/jul/09/the-open-2011-great-championship

A look at the final leaderboard from 2003 shows plenty of quality: http://www.pga.com/openchampionship/2003/scoring_final_leaderboard.html and whilst the rough was certainly much tougher in 2003 than it will be this week I can’t remember any sense that this somehow gave Curtis a magical advantage over the field. Yes he might have backed into the winners circle with Bjorn’s demise in the bunker on the 16th but where is the disgrace in that? Are we going to take away the major’s that Nicklaus won where his competitors wilted at the last?

Secondly the concept that Royal St Georges is “quirky”. Having played it and the majority of the other Open venues I can’t say that IMHO it scores particularly highly on the “quirk” scale. I can’t imagine the level of homogeneity that golfers must have been exposed to to put Royal St Georges in the quirky category

By British / Irish links standards I have little doubt that it is relatively straight forward. A couple of blind shots yes, shelf greens etc but nothing you wouldn’t expect to see. The Sahara bunker on the 4th is a prety amazing sight but unless they get a particular wind I wouldn’t expect to see too many players in there with the modern equipment. If you want quirky try Prestwick, Pennard, St Enodoc, Murcar etc…and btw quirky is fun

Any other thoughts on the week ahead?

P.S As this will inevitably happen at some point in this thread as far as I am concerned calling the Open the “British Open” is perfectly fine so lets not waste our breath debating it

I hope you can send first hand reports from your visits AA.

By the way, how is John Daly in the field? Do champions get a lifetime exemption?

You raise an interesting question LipOut: Is it a ‘pairing’ when there are three in the group?

Sergio’s the one I’d like to see do well. I don’t think I could handle seeing Westwood just miss out on another major again so hopefully it’s his time. It just seems like his consistent best golf just isn’t good enough to beat the hot player of the week.

Arnie,
It will be great to have an “ABSer” live on site to give us the real deal!

Have a great time and we look forward to your insights and commentary!

In keeping with the retro, purest feel of ABS, AA will be the only spectator visible solely in black-and-white. Follow his live commentary on HAM radio…

You raise an interesting question LipOut: Is it a ‘pairing’ when there are three in the group?

I’d go with ‘trio’. However, if the players involved are the clowns I play with on the weekend…I’d call that group a ‘circus’. I ‘circus’ of golfers…I like that! 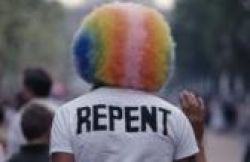 He was impressive wasn’t he…I thought he stood out which is impressive as a 20 year old amateur. I think he lost to Peter O’Malley in a play-off at the NSW Open on the same trip. Did he remind you of anyone Two or did you notice anything particularly impressive about him or his game?

I was fortunate enough to walk the fairways with him for the first round of the (relaxed) NSW Open, which as you say Arnie, he ended up losing in a playoff. His attitude really stood out to me, appeared to be really calm, never phased by his poorer shots. I had to laugh at his caddie though: I was thinking I this guy’s super-white (probably just hopped off the plane from England), hope he’s got good sun lotion on. He was a lobster at the end of what Brad will remember was a very hot Aussie day.

And then following Brad at the Aussie Open I got to see more of him!

He was impressive wasn’t he…I thought he stood out which is impressive as a 20 year old amateur. I think he lost to Peter O’Malley in a play-off at the NSW Open on the same trip. Did he remind you of anyone Two or did you notice anything particularly impressive about him or his game?

When we played the first 2 rounds at Australian Open last November…Lewis was very long from the tee…but controlled his ball well. He had a good game plan and played to his strengths on each hole. Pitched and chipped well. Putted solid but missed a few short ones, and was a real nice kid with a good head on his shoulders. He had fire in his belly and got mad at himself when he made a mistake but didn’t let it ruin his concentration on his next shot and he always recovered with a great answer to his poor shots.
At the time he said he was ranked #6 in the World in the Amateur rankings…I told him I would hate to see how good the 5 guys ahead of him were if he was ranked 6…he’s showing his form this week so far and I wouldn’t look for him to fall too far down the ladder unless the weather wipes thru and kills player’s scores

Tom Watson making the cut… that’s just amazing… even putting aside what he did a couple years ago. It just goes to show that if a golf course is set up properly, it can be a game for many generations even at the top level.

To me it’s the story of the week. Throw in a hole in one for good Karma I guess.

At almost 62? he is supposed to be past Senior Tour competitive age.

My hats off to him.

I find the Tom Watson story so much more compelling than the Tom Lewis story. I don’t understand how a 20 y/o can come across like a total dud after shooting a record 65 in round 1. It was as if he was about to fall asleep during the interviews he did on Thursday. Are they that coached now on how to handle post-round interviews that they look like total robots? What a shame.

The H-I-O by Watson today was just more OPEN mystique we’ve been teased with over the last few years. How great would a win by Watson, Lehman, Clarke, or Bjorn be (heck… throw Mickelson in for that matter)!!

Luke Donald and Matt Kuchar both took me out of my local Open Pool by not making the cut. The Open seems like the most difficult tournament to get a read on what the top 20 in the world should do.

Should be an interesting weekend of golf to watch… can’t wait.

If i look at the leaderboard and the guys atop, i think we are in for a lot of drama on Sunday. Not the most pressure proof Sunday swings up there (Fowler and DJ proofed it alot in the past). What do you think about Clarkes swing - can it hold?

I don’t know that Darren Clarke is exactly given the ABS seal of approval on his full swing, but I think of all the guys up there, he’s the favorite. He’s a guy that’s been around, played in those conditions all his life, and knows how to win. Rickie will shoot himself out of it I would guess, and Dustin’s game doens’t seem to fit the mold for Open champ. I could see him pulling it off though, and I’d be happy for him after what he went through last year in the US Open and the PGA.

Just reporting back after a very full and enjoyable day at the Open yesterday (Friday). A 4am start meant we were on the course by 8am and we stayed until 9pm. It was a glorious day weather wise with warm sunshine and a pleasant modest breeze, very different to today

(it was lashing down this morning when we left for home). We didn’t really follow groups around but got round most of the course and spent time in a few grandstands which were surprisingly easy to get into. So I think we must have seen the great majority of the field play a few shots at least. No real revelations but just a few things that struck me in no particular order:

Anyway I did enjoy myself and look forward to comparing the event to the British Seniors Open next week where I hope to go for the day as well. Like a lot of folks I am hoping for a Clarke win tomorrow (though not in truth expecting it) but it still looks fairly open so to speak

Nice summary Arnie… thanks for that.

Regarding the putting, it looks to me (I have no idea if it’s the case) that the greens are running a tad slower than what the pro’s are used to. That always seems to result in fewer putts holed for whatever reason.

I think it may very well be Clarke’s time. When he’s “on” he’s on, and I think he’s on this week.