The traditional golf society is a new organization with similar goals and objectives of returning golf to it’s “traditions”.
The director contacted me and asked for our help in developing a compelling logo. We can start by voting for these three in order of “like the best”… to “like the least” or dislike. Any web designers or logo artist feel free to submit your ideas also.

Did someone say “logo”. Took a look at the logos at didn’t care for any of them. Gave some comments on their site and will give some here.

First, I was wondering if they used a professional and independent design team, or were the versions done by someone affiliated with the traditional organization that happens to have good computer design skills and a need to do some art work. Professional designers will tell you the first mistake is designing you own logo as one will involuntarily start to insert their own feelings, beliefs, and biases into the thought process. That is why, for example, single small businesses, and large businesses too, might have a logo design that is incongruent in effect, position and message. Take, for instance, the electrical repair van that pulls up into your driveway with a lion jumping through an energized ring of electrical wire for a logo trying to capture the name: Main Electric Repair.

Nice attempt on the word-play between Main, and the mane of a lion…but I wonder if the business owner realizes that there is an additional “circus” theme running about in his business message. I don’t think you want a “circus” and “electrical repair” theme wandering around in the same message.

As for the 3 samples. Red, white and black for traditional colors? Red is a powerful color and should be used carefully as it is also a color we associate with stopping something or at least to inspire caution. What happened to golf’s true colors: green, sand, brown, and blue.

Last, and I will leave it alone, is the cross club design in combination with the color red. Closure will make the clubs form an “X” which is also a stop message. Along with the circular section, this is what may come to mind although I don’t have time to find a better example. 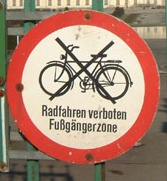 Do you know much about the aims and objectives of this new organisation? I noticed there was an icon on their new website for a “persimmon tour”. Do you know if the focus of the TGS is centred on offering an alternative organisation for amateurs and pro’s who prefer to walk a separate path or is it simply going to battle away from inside the tent at rolling back various aspects of the game as it has developed in the last 20+ years. I know you have said in the past that you think we are at a point where a bifurcation of the game is probably a better focus for the energies of those who want to play traditional equipment etc rather than simply bemoaning what has happened to the modern game.

I really don’t know the specifics of it yet… only from a couple brief conversations, but the idea of joining the persimmon tour with such an organization seems a good fit. Maybe TRGA also. I think there ultimately is a lot of support for either alternatives or even reform as the ball gets rolling. It’s starting to roll obviously.

As far as the logo, I think it would be good to see a few more or different options. Any logoists?

I think the idea is to find the best of the three, then add two more and repeat the process a few times until a winner surfaces.

I actually like the middle one with the keyhole insert…not too bad.

I think the persimmons need to be flattened out … and I do like the keyholes… but
they should be on the face of the drive where they belong!

Closure will make the clubs form an “X” which is also a stop message.

Maybe that means stop the insanity!

Logo one because it’s all about the X.

Another issue is mixed messages and lack of instant recognition to an era. Wasn’t the term “society” generally used during the hickory age; and one may see a keyhole and another may see a ball teed up on a cup of sand.

There we go…'bout 6 degrees flat now. 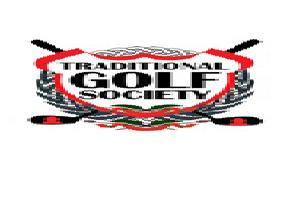 second round of Traditional Golf Society Logos.
Please just take a minute to vote on them (best to worst)
It’s very helpful for them to get our input, as many here at ABS are right in the pocket with many of their ideals.

#2 and #4 look great. Much better than any of the previous options.

Re posting on this second page for convenience…

second round of Traditional Golf Society Logos.
Please just take a minute to vote on them (best to worst)
It’s very helpful for them to get our input, as many here at ABS are right in the pocket with many of their ideals.

Who are these people and what is the organization? There’s no information on the site & the Persimmon Tour link doesn’t go anywhere. In the age of the innocuously named SuperPAC disclosure is necessary. This could be a thousand things going in a thousand directions.

I don’t know a lot about the formation of the society, but any society interested in The Persimmon Tour, TRGA and golf played properly has my full support.

I think one of the objectives is to possibly help finance and promote various like minded efforts through affiliation and so forth. For instance, the TGS could provide media exposure for TPT and TRGA… or offer a broader range of movers and shakers outside of a smaller site here like ABS.

What’s the worst thing that can happen? We keep hitting persimmon against popular consensus?

Ok, gotta be honest. I am bored of the keyhole symbol now. At first it was cool, but the more I think about it, there’s probably a more “universally recognizable” symbol that would speak better to several generations of players. For example, my dad played in the persimmon era, but would probably have no idea what that was…he just doesn’t remember aesthetic details like that.

However, I agree…this round of logos is much more sophisticated and professional looking.