Check out these David Pelz Research prototype blades. They have a screw-in brass weight for the backs and Precision FM 7.0 shafts. Lag, maybe you and Twomasters could play this shaft…it feels like a telephone pole. 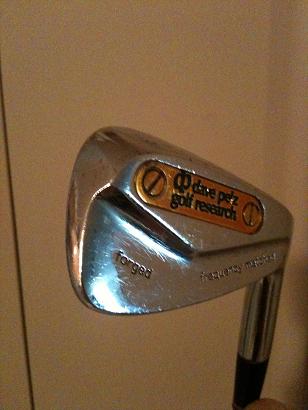 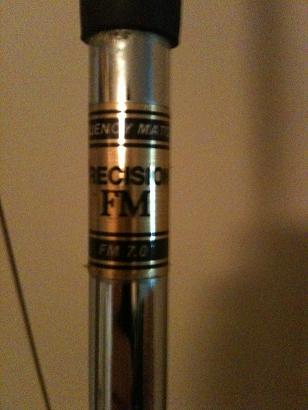 From the inventor of “The Featherlights”! That head looks a lot like that design.

I KNOW Lag wouldn’t be playing those anytime soon.

Robbo,
Realistically, I am confident Lag isn’t playing anything but vintage sets. I think the shafts are useless for my swing speed at 7.0 flex but I think Lag could load them pretty well (or still need to tip them) by the description of the shafts he plays. I wouldn’t play them even with the right shafts. I have too many sets to play as it is.

I’ve never heard of Featherlights. When were they made?

I think it was circa 1984/85. Pelz designed some very ultralighweight irons (I think under that guise that you could swing them much much faster). Interesting concept, but I believe it ended up being a huge bust with plenty of sets manufactured that no one would buy. I wonder if the club you have is the pre-cursor to the Featherlite and allowed Pelz to experiment with the headweight. 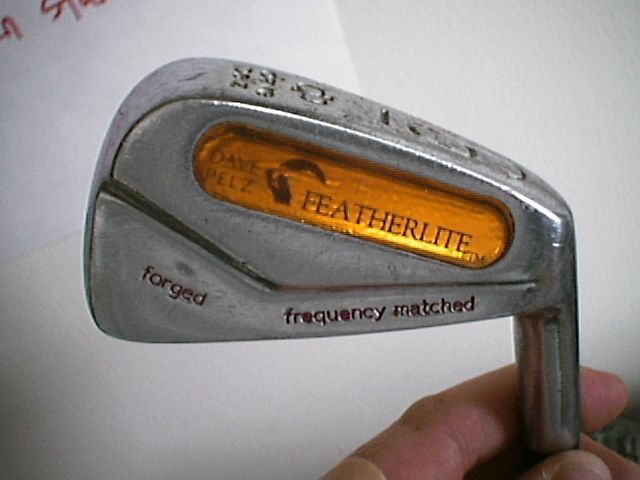 I was in college when those feather lights came out… one of the guys on the team, a die in the wool TGMer Curtis Jones used them for a year, and his game slowing deteriorated and soon he was out of the starting lineup and nearly off the team. It was a disaster.

Pelz knew that the extra velocity would strike the ball farther in relating to the mass, but the loss of force f=ma stripped the player of feel, and pressure, and vital ball control…

This concept was the precursor to today’s lightweight drivers… same concept.

Again nothing new. They were designing lightweight clubs in the 1930’s… I have a couple sets of them…