I was clearing out some old video cards and found this shot of one of Lag’s divots from a round we played together. I think it makes a nice visual for not letting the club fly out to right field. 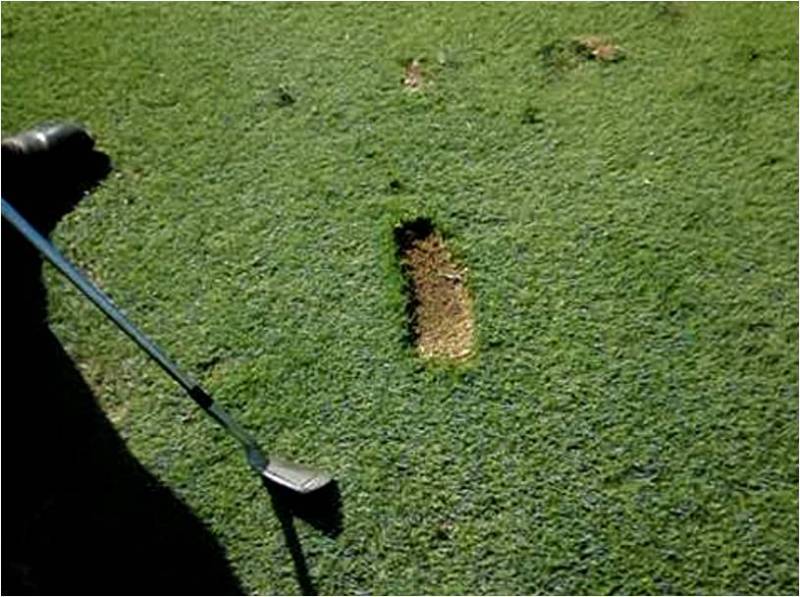 so which way did the ball fly? just a rough arrow point from divot mark will do.

It left perpendicular to the start of the divot, right at right flag if I recall. I think it was also an uphill lie. 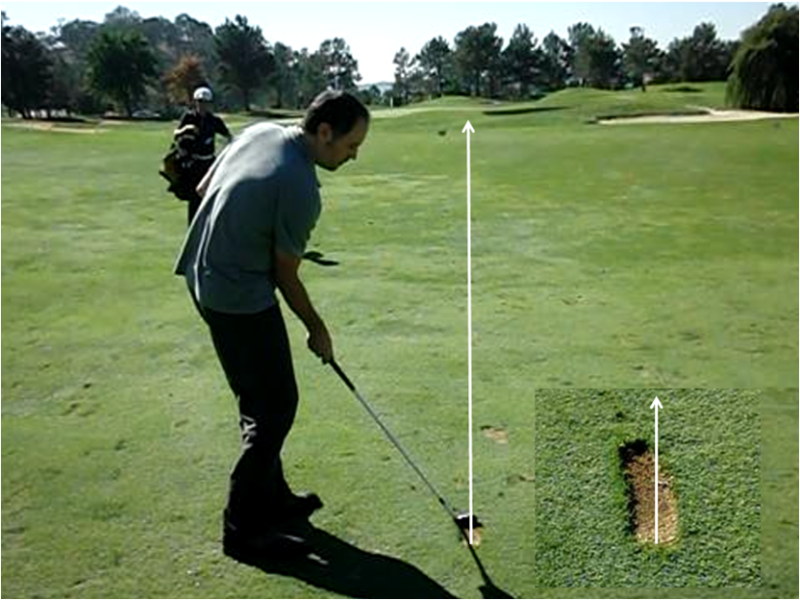 Wow thats a deep divot. Lag do you always take alot of turf with the short irons?(uphil lie pending).

It’s not a deep divot. Long and shallow, and that pic was taken late in the day so you see a shadow… but it is not deep by any means.

thanks Lipout, I know what to look for in my divots from now on.

Over the past year I have worked hard to become a hitter. I have made significant progress where I come in nicely on the 4:30 and hold wrist cock post impact. My problem is not being able to take divots. If I really focus on taking divots than I obviously hit it fat. Do any of you ABS students have the same problem. Is there something I can work on to help with this.

Good question Hope. Before I started the ABS modules I always picked the ball clean and rarely took divots. About half way through Module 1 i started taking divots, probably from actively firing the hands at impact. There were definitely a lot of fat shots early on, but I dont remember ever trying to take a divot. As I progressed through the modules I started to control low points much better by initiating the downswing with knee flex and maintaining a bent right arm through impact. After a few months of module 3 the divots started to go left.

It sounds like your on the right track, just keep firing away.

Thanks for the advice jwb! I think I need to work on lowering my COG with knee flex so I can compress the ball. The more I fear hitting the fat shot the worse I will get. I have always wondered what is the main mechanism is for hitting the ball first than taking the divot? I guess its the chicken or the egg analogy!