I think it’s possible. Here’s my example and arguement as to why I think THESE may be the best example of an ABS approved CB iron:

The Mizuno MP 63s. They MAY be the rare exception to the (MB is better than CB) rule.

Why the MP63s?
-Well, they cover all the requirements of a MB-Player’s Iron: Thin topline, very little offset, small head (they are actually smaller than my MP14s!).
-They come 1/4" shorter than the modern “standard” (not that it matters much, but it does speak to the companies desire to keep with the “players” theme and not just lengthen the clubs to increase distance) … but they also come with 2* stronger lofts (sometimes 3* or 4* stronger depending on how old your clubs are)… a rare combination of SHORTER LENGTH and STRONGER LOFTS.
-They have a progressive increase in bounce from 2* in the 3i to 6* in the PW. I don’t see any problem with that. Sure beats some of the 0* bounce irons I’ve tried over the last year or so.
-They have a grind along the trailing edge of the sole, effectively allowing the majority of the mass to remain below the sweet spot without creating a wide sole design… and it won’t look like you have a set of shovels in your bag.
-Their forged… easily bent… etc… you guys knew that already.

I think there’s a missing piece in the iron market (albeit probably pretty small piece). The Players MB with a low COG and increased mass behind the sweet spot… with all the other modern tech built in but seamless (bounce angles, sole grinds, etc). There are vintage MBs that give a somewhat similar look to the MP63s, the MacGregor Tourney line comes to mine; but they leave out the turf interaction variable and still leave a good amount of mass above the sweet spot.

I know of one company that was working to produce a blade with all the tech and specs I just mentioned… but it was a one-off type of project and I haven’t seen any pictures or heard the about the results as of yet. The last mention of it was made a few mothns ago by the person that “commissioned” the work. I just inquired about it again today so we’ll see how/if things have progressed.

(disclaimer: I play MP14s, I do not own these irons, I do not sell these irons or any others for that matter, and I have no skin in the game…) 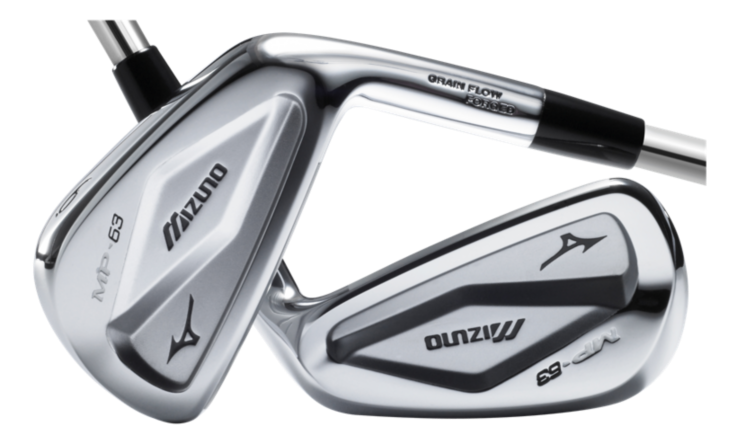 Interesting information on the setup/design of the 63’s. IMO the fact that they offer a 3-iron in the set tells you that Mizuno is still trying to cater to better players.

I haven’t looked at the new irons much but based on the pics you posted I know that one of the guys in our regular group plays the 63’s. I may have to take a closer look at his set this weekend.

If your buddy’s looks like these they are either the 63s or 53s. The 53s have a deeper cavity (more CB than MB), but have similar lines.

I play MP 62’s which I think are the predecessors to the MP63,s and I have added lead tape to the cavity. I have not noticed any change in the performance of the club. if you cut the tape to the shape of the cavity it becomes aesthetically quite unobtrusive

I have a teammate with 63’s, and I recently sold a few sets and got a used set of MP68’s. On paper, the 63’s should be fine, but to me, they are really ugly when compared to an MB. At address, they aren’t all that different, though.